This is a stone-cold, instant classic – one that should cement Carlile and her collaborators at the forefront of the warm embrace of mainstream Americana. 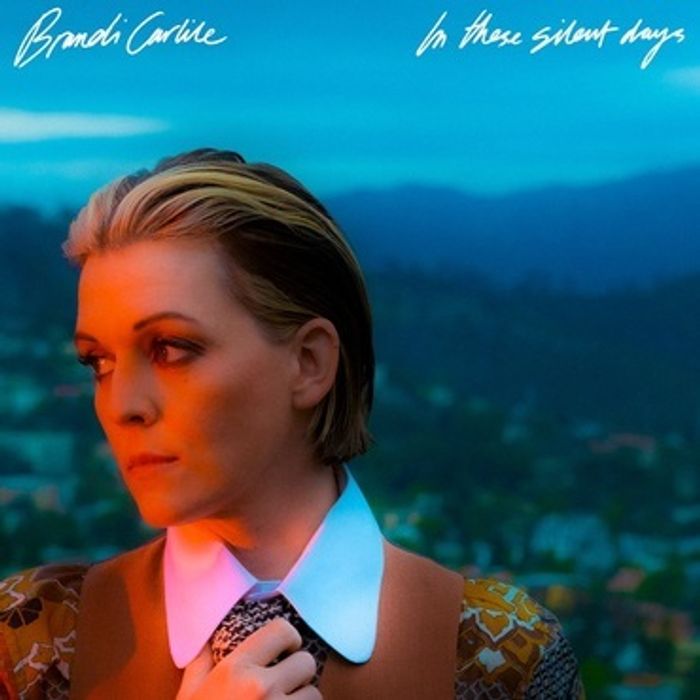 Brandi Carlile spent the first part of her career flying just under the radar. Then the perennial outsider won three Grammys for her 2018 album By The Way, I Forgive You, before forming the country supergroup The Highwomen with Amanda Shires, Maren Morris and Natalie Hemby.

Just as her luck changed, the world ground to a halt. Her answer was to publish her autobiography, Broken Horses, while conjuring up this new record. Conceived and composed in her cosy, communal compound of compadres during Covid, the album was recorded in Nashville with Dave Cobb and Shooter Jennings.

The result is a stone-cold, instant classic – one that should cement Carlile and her collaborators – twins Phil and Tim Hanseroth – at the forefront of the warm embrace of mainstream Americana.

There’s a confessional intimacy from the outset in ‘Right on Time’ – a song that possesses a beguiling video directed by Courteney Cox. Carlile’s voice soars as she senses a relationship drifting away, in the face of understandable anger. She sings of her heart pounding, holding her breath and losing someone “in these silent days” with punchy, punctuated phrasing; the drama increasing as the rest of her band join in.

The beautiful guitar playing and warm, subtle drumming on ‘You and Me On The Rock’ accentuate the song’s Joni Mitchell and Paul Simon feel, with the backing vocals of Jess Wolfe and Holly Laessig of Lucius adding another rewarding layer. ‘This Time Tomorrow’ is more reminiscent of the late, great John Prine, as haunted memories are evoked in couplets; “I may not be around this time tomorrow / but I’ll always be with you”.

‘Broken Horses’ is more assertive and epic. A metaphor for Carlile’s own youth and the desire to escape, she sings of being “tethered in wide open spaces / only broken horses know to run”. The most overt throwback to her youth though comes in ‘Letter To My Past’ – finding a sense of reassurance while looking back. Confessional, glorious and uplifting, she tells the young Brandi “It’s okay to cry / you don’t even need to know why” before defiantly demanding “have no shame / because you’re built to last”. Vivid imagery again pours forth in ‘Mama Werewolf’, where stark fear stalks the streets at night, as her body aches and her soul is torn.

‘When You're Wrong’ feels like something Mama Cass could have sung. It’s direct, stripped back and reminiscent of Suzanne Vega, with emotion and suspense dripping from Carlile’s vocals, as she wistfully makes compromises in love and life; essentially “finding someone strong enough to love you when you’re wrong”. It pairs neatly with ‘Stay Gentle’; a wish for wisdom and understanding through a series of couplets that doles out its own advice to “gentle, unbreakable you”. You can find joy in the darkness, even though they’ll think you’re naïve.

Brandi Carlile has come a long way from the “mean, scrappy little trailer girl with the wrong clothes” to making this very personal, yet universal, record of experience. She describes it as the sound of drama mixed with joy, anger, forgiveness, gratitude and resistance, “the sound of these silent days”. It might just be one of the best albums to emerge this year.

Brandi Carlile's In These Silent Days is out 10/1 via Elektra Records.