With his delightful fourth album, Aaron Lee Tasjan is pushing the boundaries of Americana again, and the results sound fabulous. 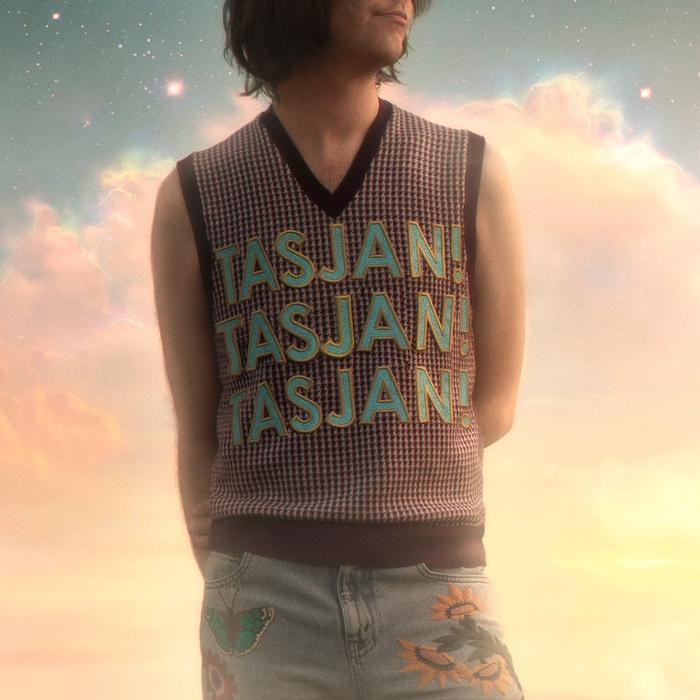 Despite being based in Nashville, Aaron Lee Tasjan certainly doesn’t conform to any musical stereotypes; he provides a fabulous mash-up of styles, influences, tempos and techniques. With his fourth album – the seemingly self-congratulatory Tasjan! Tasjan! Tasjan! – the artist manages to take a sideways swipe at the solipsistic narcissists of his generation, including himself, while trying to remain as optimistic as possible. Listening to Aaron Lee Tasjan with open ears and open mind, the moment you think you have him pinned down, he instantly shifts position. As Spock might say: it’s Americana, Jim, but not as we know it!

Tasjan hunkered down to record this fourth solo album in secret, just before the rest of the world began sheltering themselves in the pandemic. The album, co-produced with Gregory Lattimer, can be broadly divided by a couple of massive inspirations. First up, Tasjan clearly loves the Travelling Wilburys with all his heart – particularly Tom Petty, Jeff Lynne and George Harrison’s contributions to the late-80’s supergroup. ‘Computer of Love’ is a chunky, keyboard-driven brew, cradling light-as-a-feather, multi-layered vocals and whistling as he croons “my little avatar / I’ll never know who you really are.” ‘Up All Night’ nods to Full Moon Fever-era Petty, with its nasally, downturned vocals, while ‘Don’t Overthink It’s psychedelic feel and finger-click percussion fits the same mould.

When further examining his own identity, personally and creatively, Tasjan is equally compelling. On ‘Feminine Walk’, with its punchy percussion, Tasjan namechecks Grace Jones, Joan Jett and a “metropolitan Conway Twitty”, as he ponders aloud about himself, once again expressing his chameleonic personality. With the close, intimate vocals of ‘Now You Know’, Tasjan sounds detached and self-deprecating – you can sense a notion of confounding wonder towards the spirit of Leonard Cohen as he sings of “Dancing like a bird upon a wire” and “Tried to be a poet / couldn’t find the words.”

It’s all cemented by the fact that the singer-songwriter who has had the biggest influence on Tasjan is clearly the late Elliott Smith. Straight out of this playbook comes ‘Another Lonely Day’, with its murmuring guitar and intimate layering of vocals, as Tasjan attempts to comfort himself. On ‘Not That Bad’, he notes that the “world outside my window looks like Nintendo / but I’m not playing games anymore,” a dystopian dream that’s once again carried by minimal guitar and breathy vocals. He stands at the very edge of sadness on ‘Got What I Wanted’ as “smoke and shadows fall / staring at the wall again”, while piano and drums pulse slowly.

Drawing from his passion for the drama of glam, his lyrical ruminations over identity and his enduring love for the classic pop he grew up with, it feels like Aaron Lee Tasjan might have finally delivered the album his fans always knew he was capable of. He’s pushing the boundaries of Americana again, and the results sound fabulous.