In between meeting some wonderful dogs, trying some of the glorious BBQ and chicken on offer and catching up with friends old and new, Holler even had a little bit of time to check out some of the music that was on offer across the weekend.

Returning after two long years out, The Long Road Festival was a beautiful celebration of country, Americana and Roots music in the luscious sunshine of a bank holiday weekend in Leicestershire, UK.

In between meeting some wonderful dogs, trying some of the glorious BBQ and chicken on offer and catching up with friends old and new, Holler even had a little bit of time to check out some of the music that was on offer across the weekend.

Here are Holler's 10 best performances from The Long Road Festival 2022.

It can't be overstated just how much of a rollercoaster journey Drake White has been on these last few years. Having spent it in recovery and going through intensive therapy to re-learn how to walk and talk following a stroke, White has returned to the stage to the joy of fans and new listeners alike.

Returning to the UK for the first time since, White's Friday night headline set on the Interstate Stage was, by far, the set of the weekend. Both euphoric and intensely emotional in equal measure, Drake and his band offered us hope and joy, helped us through grief and loss while making us all in the packed tent fist-pump the air in unison to his southern country rock jams.

Drake White can't be slept on any longer - he's one of the best country music has got, period. Delivering the first big set of the weekend, Priscilla Block brought the party to Leicestershire - cementing her place as country's most exciting and badass new prospect in the process.

Whether it was everyone drunkenly singing along to 'My Bar' or sticking a middle finger up to the haters on 'Peaked In High School', you couldn't help but be swept up in the buzz Block has about her right now. Her stage presence is both rousing and empowering, making sure everyone's having as much of a good time as she is delivering these massive hits from Welcome To The Block Party.

If Avril and Taylor paved the way, then Priscilla is the one that's going to influence a whole new generation of songwriters with something special to say. In a set that mixed old and new tracks, including crowd favourite ‘New Ways to Fail’, Sarah Shook and the Disarmers were half electrified, half electrifying - stoney-faced, barely moving and needing to do little more to wake up the 2pm crowd.

Bass player Andrew Lambie surfaced from the smoke to hype the room up, bedecked with the kind of gleeful smile recognisable only to those with toddlers who are about to stick wet fingers into an electric socket they’ve specifically been told to stay away from. With Chris Young having to cancel his set due to covid cases in his live band, it was down to a country music icon to step up to the plate and take the big Saturday night main stage headline set.

Marty Stuart & The Fabulous Superlatives couldn't have been a better choice to smash it out of the park. Delivering a near two-and-a-half-hour set full of some of the finest songwriting in country, surf and roots music, Stuart and his band showed just why some call them the best live band in the genre.

With guests Sunny Sweeney, Andrew Combs and Kezia Gill offering some choice singalongs along the way, the set was a joyous, Saturday night dance-along, and one we won't forget for some time. There's just something ethereally wondrous about the music of Allison Russell. This is particularly the case in a live setting, with Russell and her effortlessly talented group delivering an intimate reverie of songs from her latest album, Outside Child.

As we perched in deckchairs, the beautiful sunset of Saturday evening drenching us in light, Allison sent us to a place of fervour, passion and love, whether that be for those with us in that present moment, those who have sadly left us or strangers who we have yet to meet, but will brighten our lives before we are even aware of it. On a weekend where rising new acts confirmed their potential for becoming celebrated mainstays in the genre, it was a certain Australian duo who showed us not once, but twice, that they've got the ability to follow in the footsteps of many of the best duos in the game.

I mean, how can you not raise a can and feel alive during 'Good Beer', cry your damn eyes out again over 'Breakups', or chug from a goon bag as Tom and Mitchell shout out every single beautiful girl from the Atlantic Coast to this field in Rugby on 'Queen of Daytona Beach'.

Also, anyone that incorporates Sam Fender's line "I was far too scared to hit him / but I would hit him in a heartbeat now" into their set is alright with us. Rissi Palmer's Color Me Country Takeover of the Front Porch Stage was one of the most well-attended and rapturous highlights of the weekend.

With Madeline Edwards, Miko Marks, Valerie Ponzio, Charly Lowry and Camille Parker having already stunned us with their thrilling sets, it was Palmer who brought it all home, offering a momentous celebration of Black, Indigenous and Latinx country music and the stupendous artists who she has chosen to spotlight.

With all the ladies on stage, including an unwaveringly joyful Allison Russell, they delivered a thunderous climax after seven hours of bringing the crowd to their feet. It truly felt like a vital moment, both at the festival and in the genre as a whole. 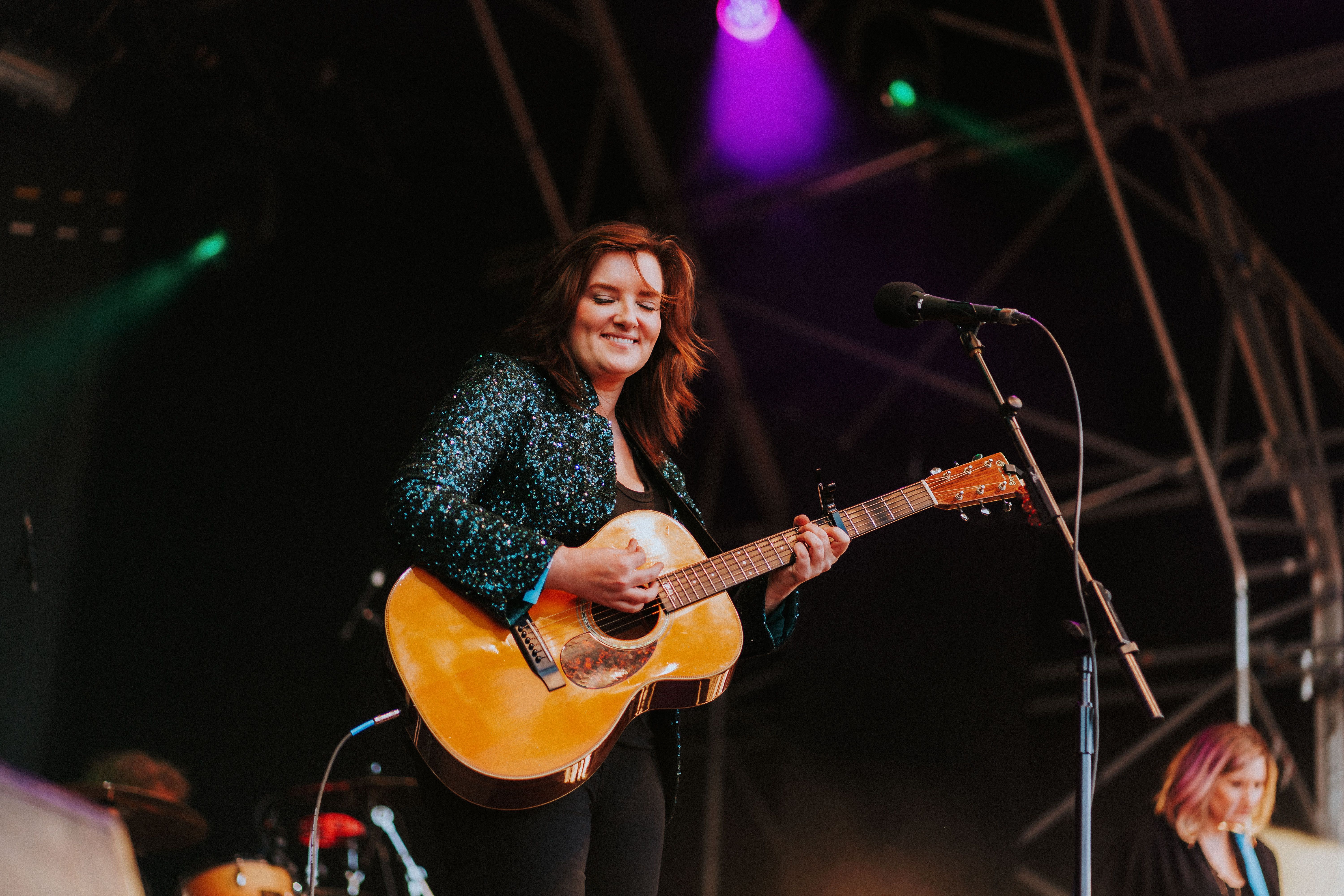 There's no denying the cult icon status of a certain Brandy Clark. Taking to the stage for the penultimate set on Saturday night, Clark produced a greatest hits performance that made it even more clear just how much of a treasured star she is.

Mixing fan favourites with favoured covers, Clark and her band sound triumphant; 'Three Kids No Husband's narrative is even more bruising live in the stark day of light, while 'Stripes' is far too catchy not to have everyone dancing, even if it is basically an attempted murder-ballad.

Clark is a genius songwriter, and is a pleasure to experience live. Being it was their first-ever appearance, not only at The Long Road Festival but in the UK as a whole, it really didn't take Chris and Preston of LoCash long to bring the sunshine and beers to Leicestershire on Sunday night.

The crowd, still not beginning to waver after 3 days of partying, absolutely lapped it up - the duo pulling a huge crowd on the main stage who sang along to every word. It's no surprise why; from new single 'Beach Boys' to smash hit 'One Big Country Song', the lads know how to whip up a crowd and give them the feel-good vibes that they deserve.

For more highlights and coverage of The Long Road Festival 2022 and for ticket details for 2023, see below: