Railbird’s merging of top shelf music, bourbon and horse racing culture helped to create an event that was uniquely Kentucky in every way imaginable.

Perhaps more well known as some of the most hallowed grounds in all of horse racing, from August 28 to 29, Keeneland in Lexington, Kentucky, instead welcomed a pack of thoroughbred musicians and thousands of fans for the second instalment of Railbird Festival.

Crowds of well over 30,000 people funnelled into Railbird on both days for the gathering’s mix of country, rock, soul, blues and bluegrass.

Kicking off the weekend’s musical onslaught was Kentucky’s own Nicholas Jamerson, who drew a large crowd on the Burl Stage with witty and energetic songs like ‘Brother Rabbit’ and ‘Gettin’ Better’. Jamerson also mixed in a handful of slower tunes like ‘Leviathan,’ full of biblical references and oozing with wisdom, that did well in illustrating both his songwriting prowess and ongoing evolution as an artist. Following Jamerson on the Burl Stage was another homegrown artist in Abby Hamilton. A late addition to the festival lineup on Saturday morning after it was announced that Sierra Ferrell would no longer be able to perform due to bus troubles, Hamilton shined despite only having a couple hours to prepare. A truly old-school honky tonk angel for these modern times, Hamilton wowed the audience with songs like ‘Change Things’ and ‘Big Time’ that tackle young love and the struggles of being a starving artist (“You can’t making a living off of royalty checks if nobody’s singing your songs”) with a witty, tongue in cheek sensibility. 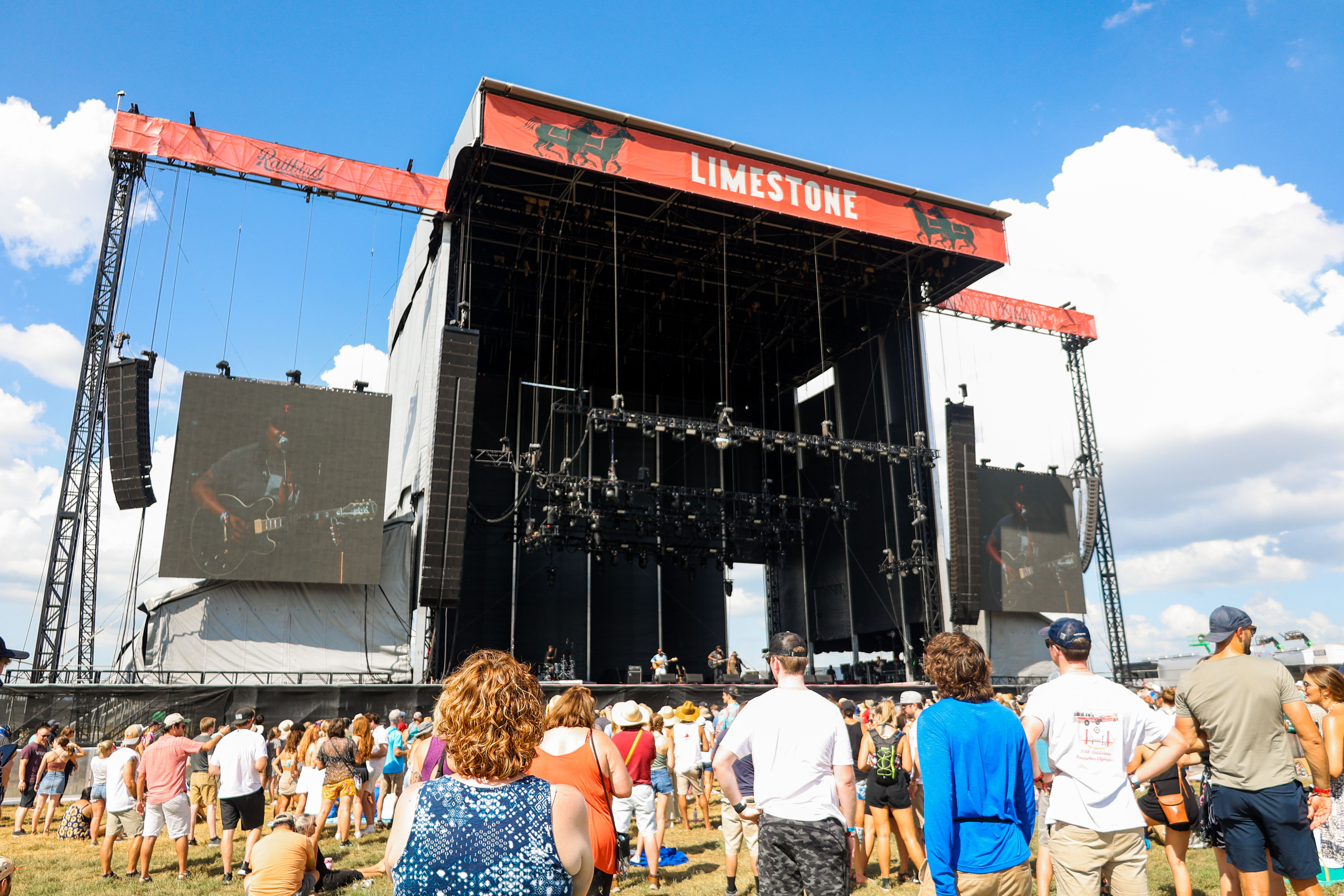 Next up were the pop-tinged ballads of self-described homebody and stoner Joy Oladokun. Her Limestone Stage performance included hits like ‘if you got a problem’ and ‘i see america’ from her wildly successful album in defense of my own happiness, along with a surprisingly angsty cover of Nirvana’s ‘Smells Like Teen Spirit’. 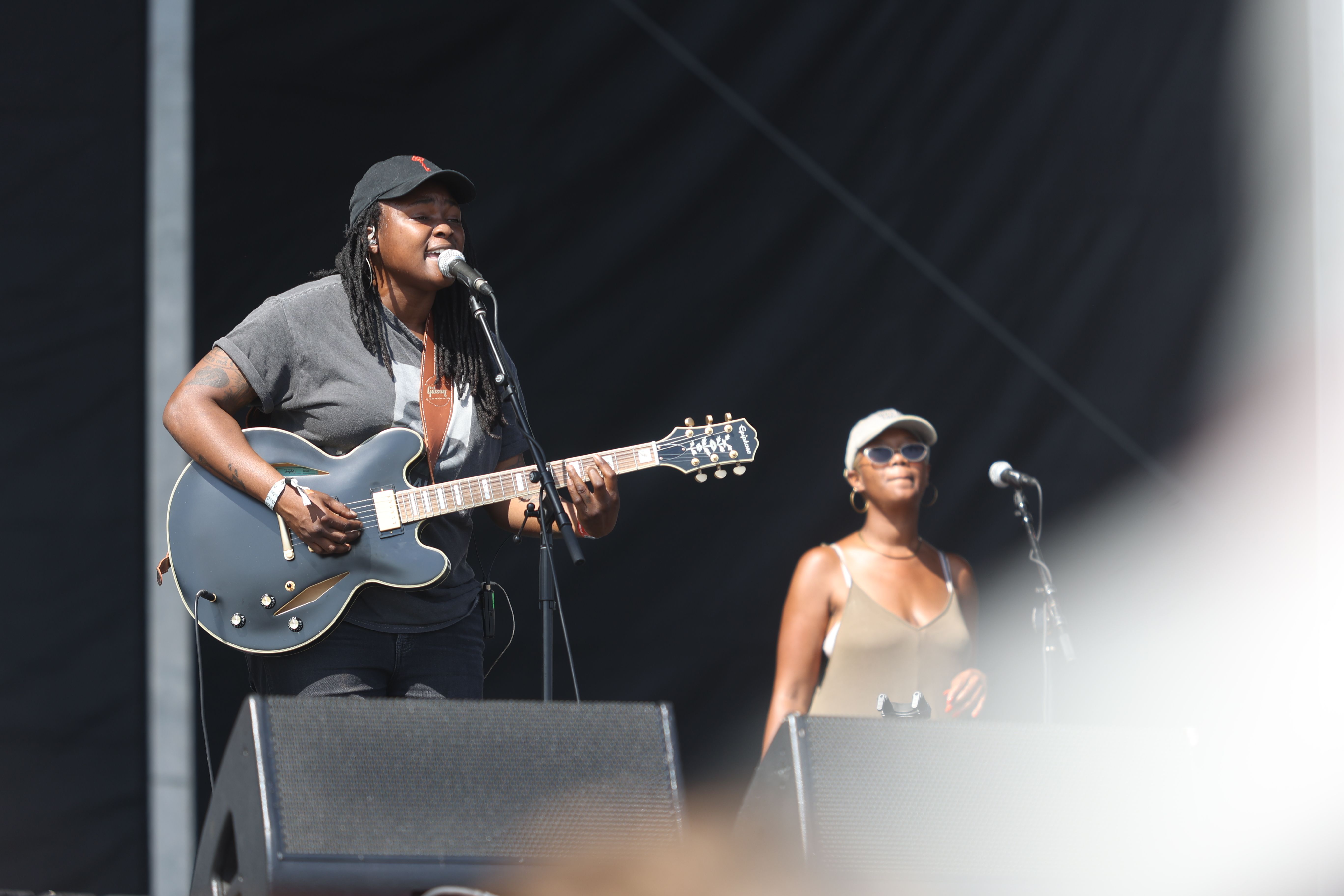 Meanwhile, at Railbird’s Elkhorn Stage, Margo Price was prepping for a dynamite set of countrified rock’n’roll after arriving at the festival in her own pick-up truck. From the start, Price was hitting on all cylinders with a rendition of the fiery anthem ‘Twinkle Twinkle’ followed by ‘Tennessee Song’ - in which she started off by hollering “Let’s go back to Kentucky!” Later in her set she honored Charlie Watts, the Rolling Stones founding member and drummer who died earlier in the week, with a cover of ‘Dead Flowers.’ 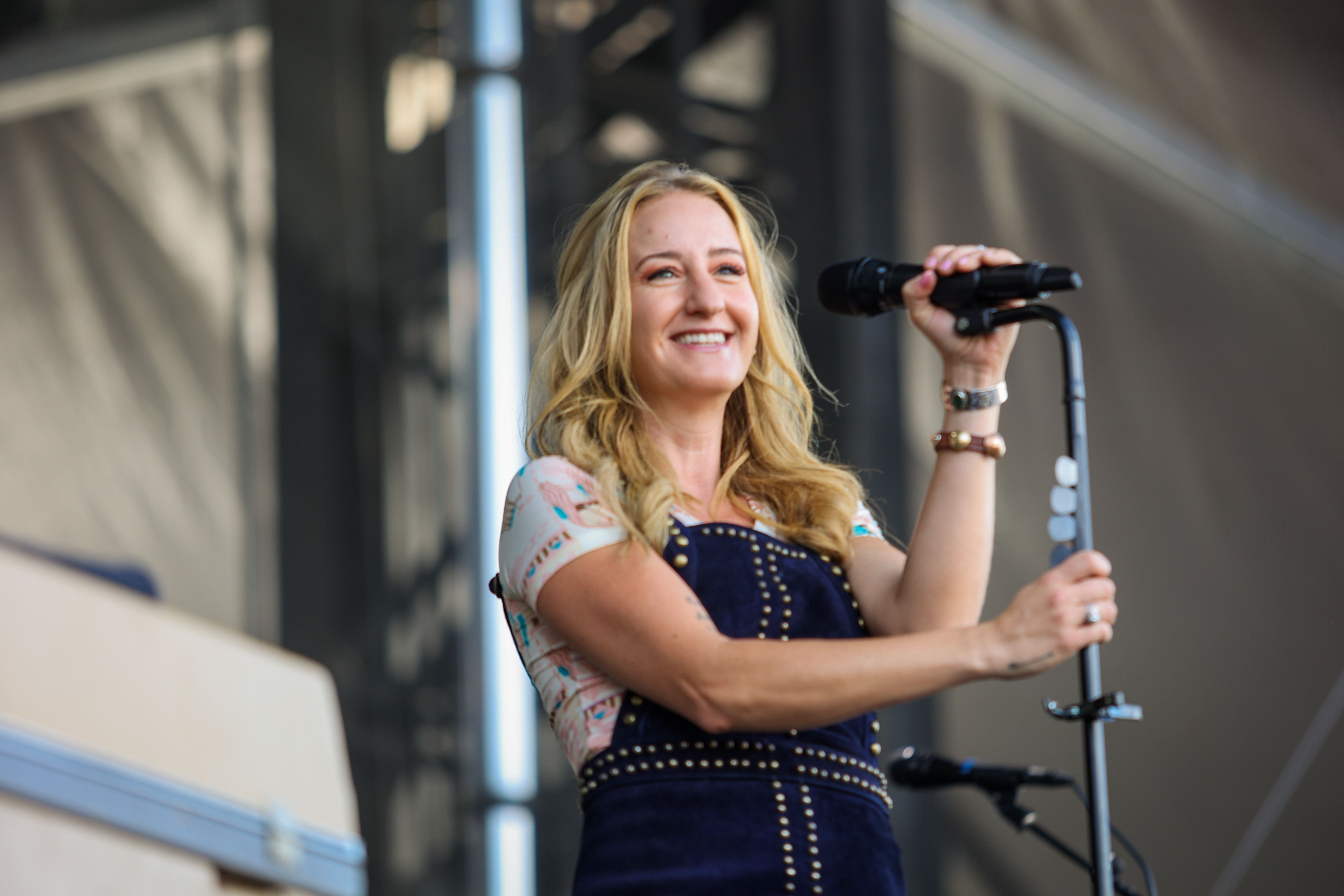 Among the best of Saturday’s amazing performances was that of the Black Pumas. Performing one of their first shows in over 17 months, the Austin, Texas based outfit didn’t skip a beat as they wielded highly infectious grooves and a palpable joy to be back playing in front of fans in their return at the Limestone Stage.

This joy was best exhibited by vocalist Eric Burton, who was running around and jumping from speaker to speaker throughout the set, as the band worked through ‘Stay Gold,’ ‘Fire,’ ‘Black Moon Rising,’ ‘OCT 33’ and more from their breakout 2019 album. The Puma’s show reached its climax on the set-closing ‘Colors’, which saw Burton navigating himself into the photo pit (and eventually the crowd) as fans took over the chorus - “All my favorite colors / My sisters and my brothers / See 'em like no other / All my favorite colors” echoing out over the rolling hills of Keeneland. 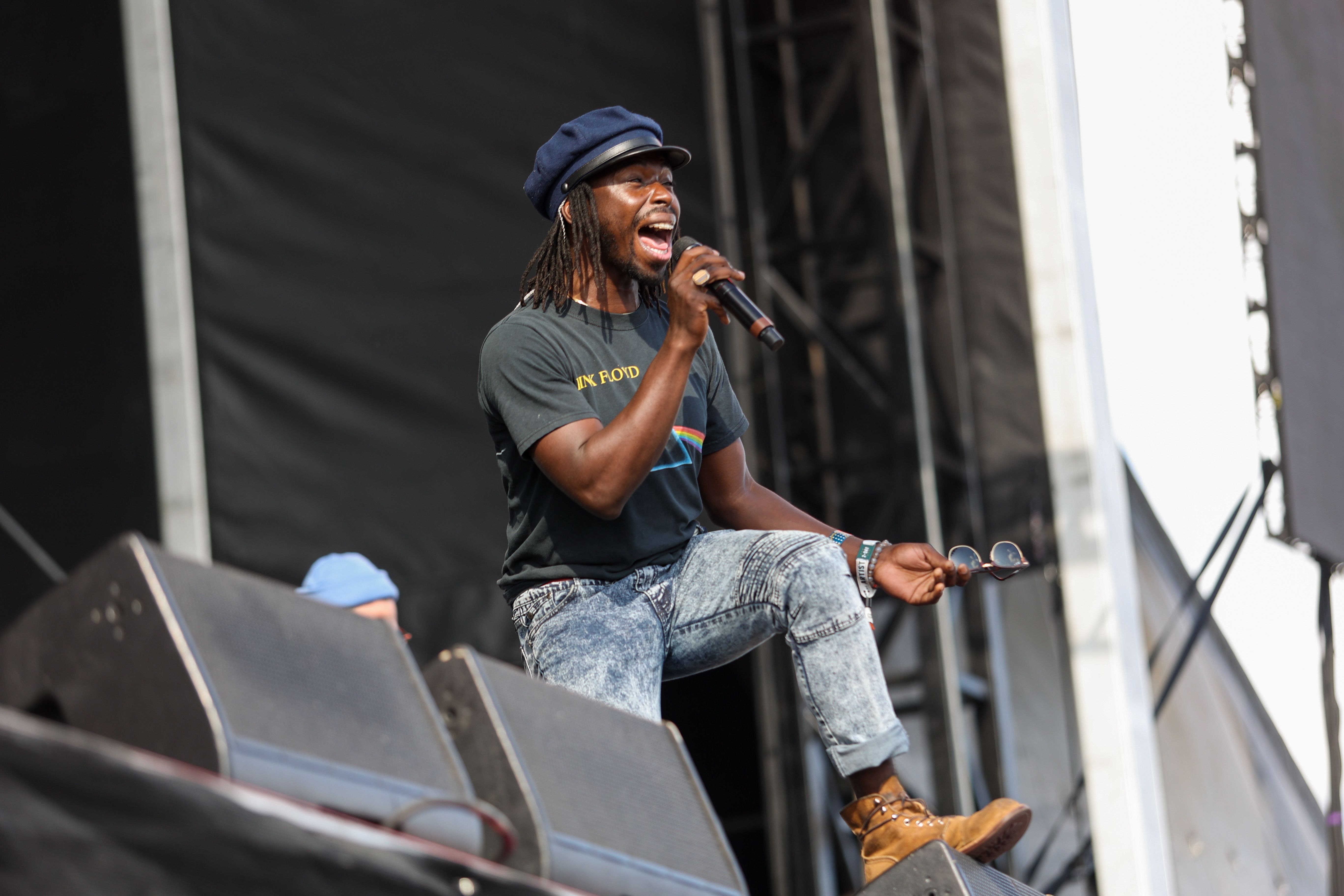 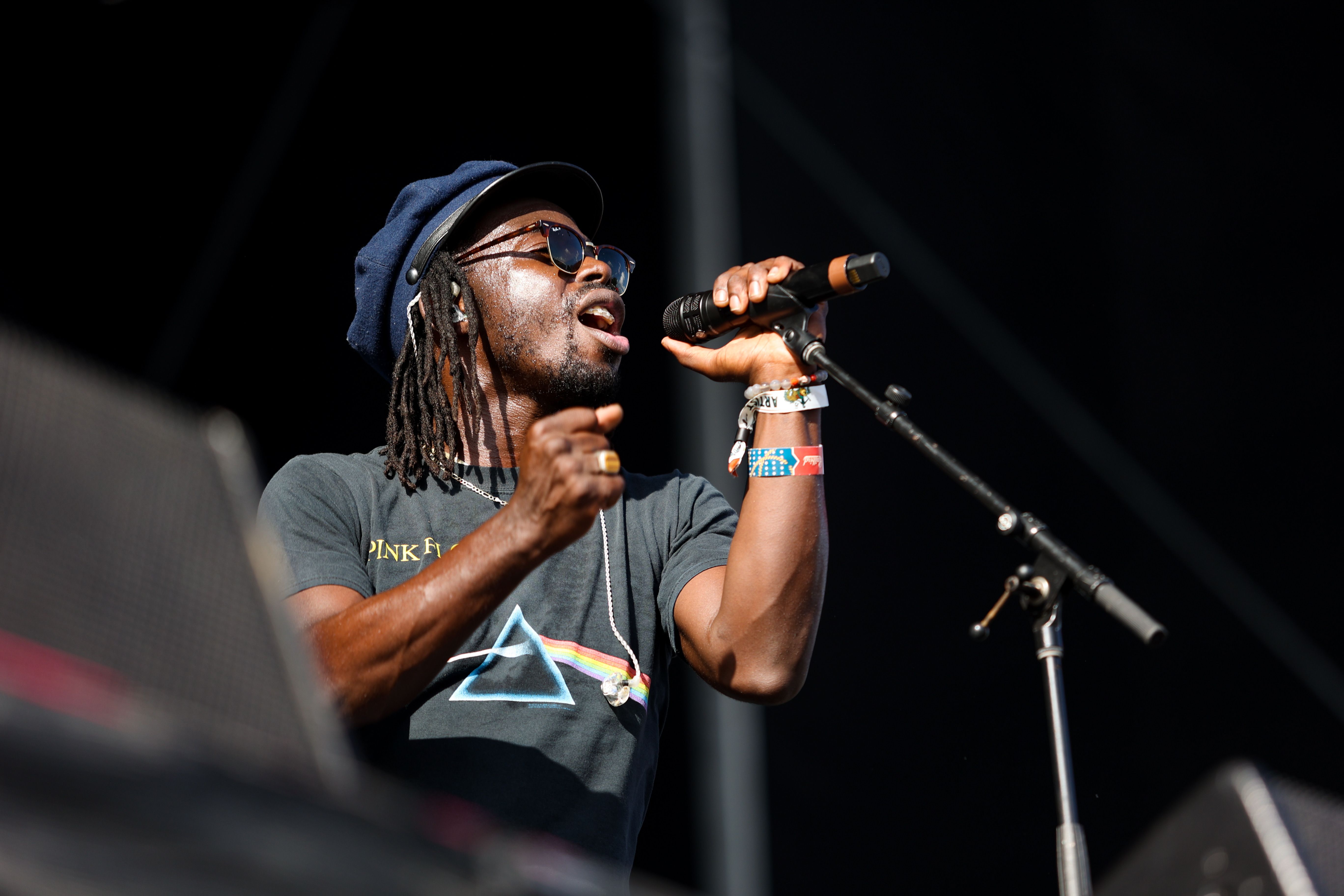 Making his highly anticipated return to Railbird - with an upgrade from the Burl to the Elkhorn Stage – was Billy Strings. One of Americana’s finest, the 28-year-old opened his set with ‘Kentucky Mandolin,’ a blazing instrumental cover crafted by Kentucky and bluegrass music legend Bill Monroe. It was the first of several Kentucky-themed songs from Strings on the night, as he also included covers of The Stanley Brothers’ ‘Going To The Races’ and Larry Sparks’ ‘Kentucky Girl.’ Although the set leaned heavily on covers, Strings also mixed in plenty of his own material such as unrecorded songs ‘Hellbender’ and ‘Hide & Seek’, along with fan-favorite ‘Dust In A Baggie.’ 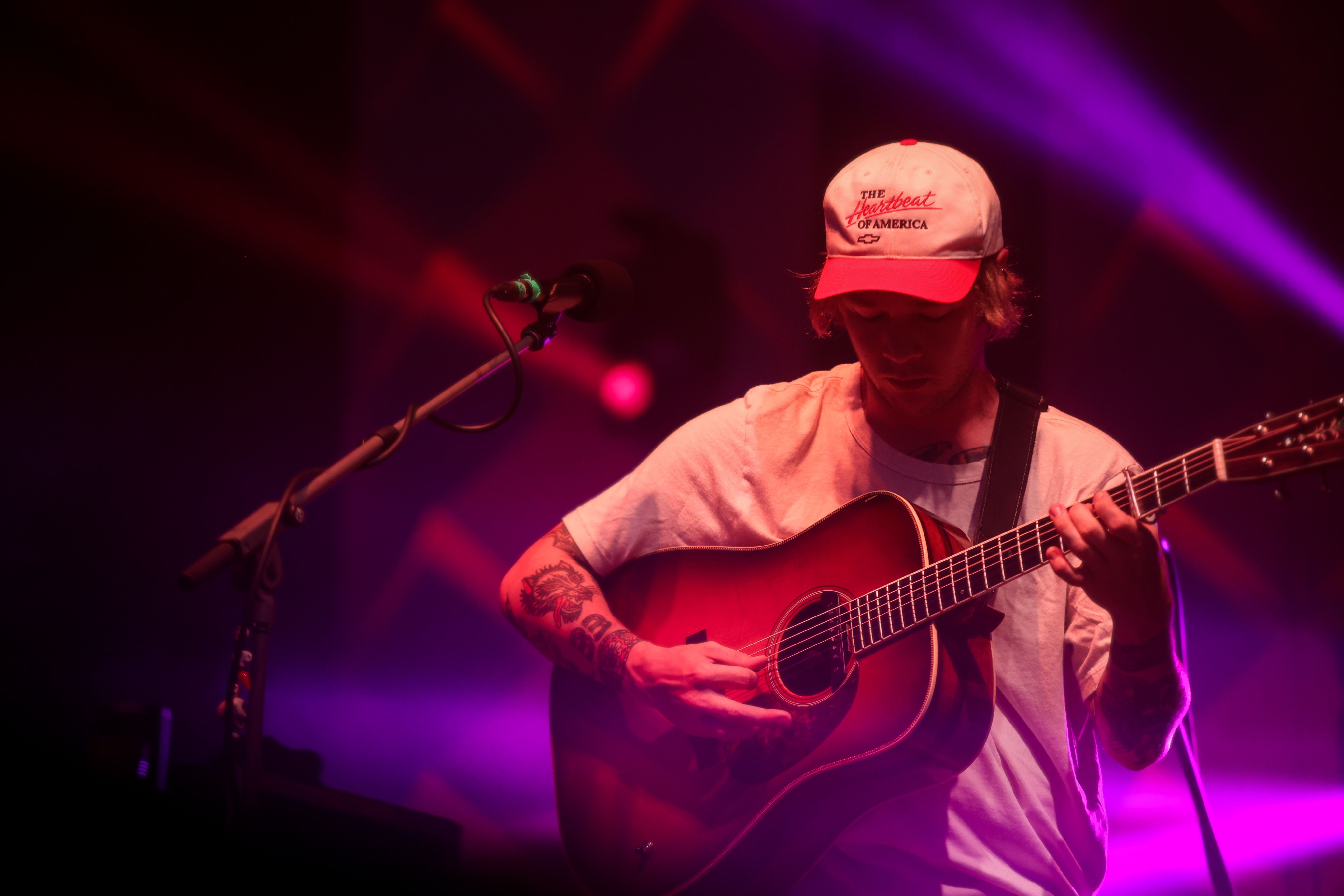 After a much-needed night of rest, we arrived back on site at Keeneland on Sunday for day two of Railbird. Starting things off was local artist Grayson Jenkins, who took to the Burl Stage playing a selection of songs from his new album Turning Tides, released two days prior, including the upbeat, pop-tinged honky tonk ‘Jackson’ and pedal steel-heavy ‘Low Down Lady.’ Jenkins also welcomed Saturday performer Nicholas Jamerson for a rendition of ‘Picket Fences,’ a song the two co-wrote together that also appears on the album.

Following Jenkins on the nearby Elkhorn Stage was another group also celebrating an album release on Friday: Memphis blues/soul collective Southern Avenue. The group, led by animated vocalist Tierinii Naftaly, produced one of the weekend’s most zestful sets with emphatic and empowering songs like ‘Push Now,’ ‘Jive’ and ‘Don’t Give Up’ (the latter featuring the crowd repeatedly shouting “Don’t Give Up” in unison during each verse). A cover of Aretha Franklin’s ‘Rock Steady’ was also thrown in for good measure. 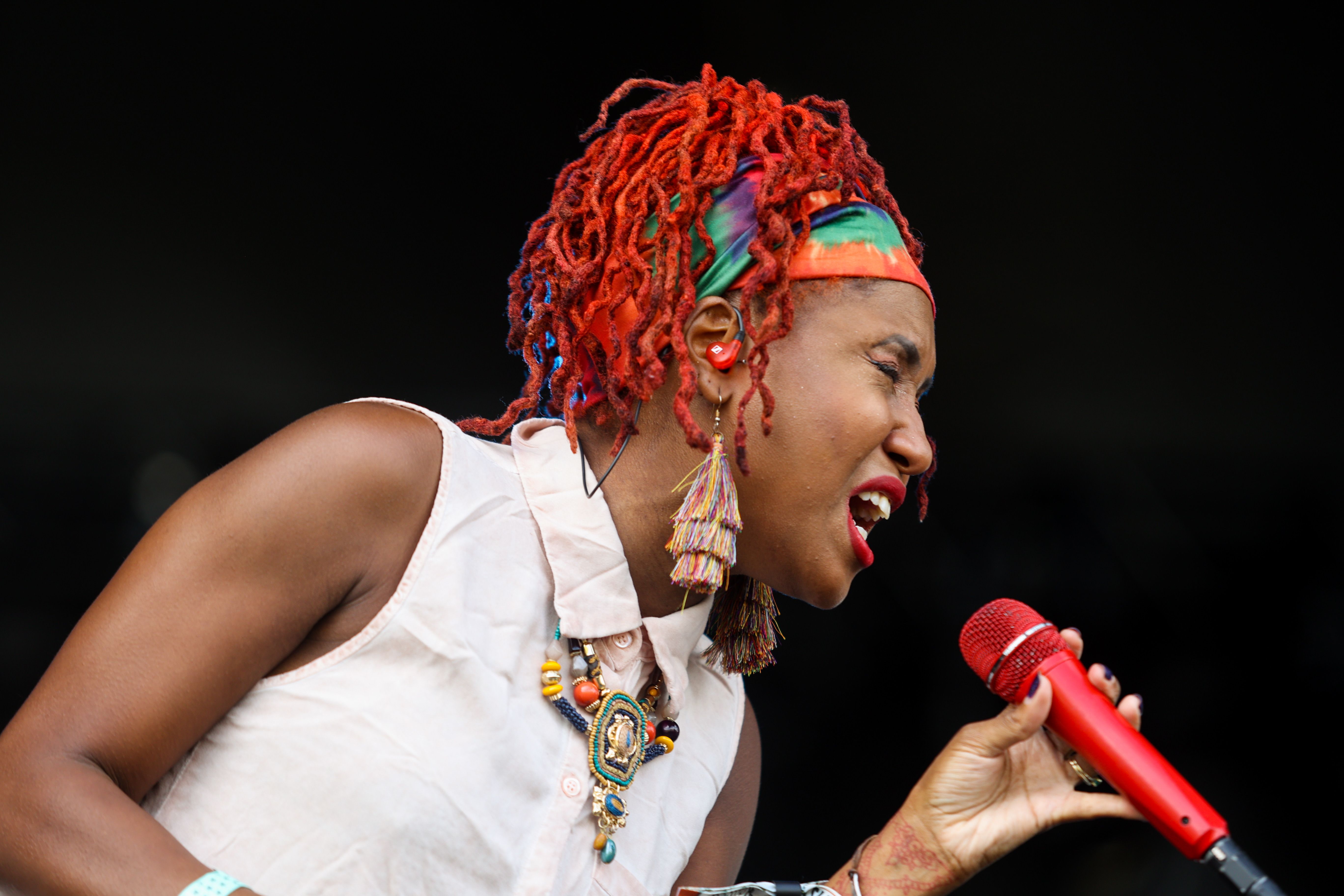 As expected, The War & Treaty’s performance that afternoon did not disappoint. The husband and wife duo of Michael Trotter Jr. and Tanya Blount have an incredible chemistry - with one another, their band and the audience - that translates into an unforgettable live experience. The set included a bevy of originals including the soul-heavy ‘Jealousy’ and rootsy gospel stylings of ‘Down To The River’, along with covers of Aretha Franklin’s ‘Respect’ and ‘America The Beautiful,’ a song they recorded earlier this year to benefit Nashville’s symphonic musicians who were furloughed during the pandemic. Next on the Limestone Stage were New Orleans based rockers The Revivalists. Another high energy band that thrives in a live environment, the band and vocalist David Shaw made sure to acknowledge their native Louisiana, at the time taking the full brunt of category four Hurricane Ida 16 years to the day after Hurricane Katrina devastated the United States’ gulf coast. From there on out the set was a free-for-all, with Shaw prancing about every corner of the stage while the crowd sang along to hits like ‘Criminal,’ ‘Wish I Knew You’ and ‘Celebration.’

The Revivalists led into Oklahoma’s Zach Bryan, who saw the Burl Stage crowd more packed in than any other point all weekend. Before starting, Bryan - a veteran of the U.S. Navy - made sure to acknowledge the 13 servicemen and women who lost their lives to a suicide bomber in Kabul, Afghanistan earlier in the week. Bryan has an incredibly down to earth persona both in his banter and songwriting that makes it hard not to appreciate his craft. On songs like ‘Traveling Man’ and ‘Revival’, he was nearly drowned out by the droves of devout fans feverishly singing along. 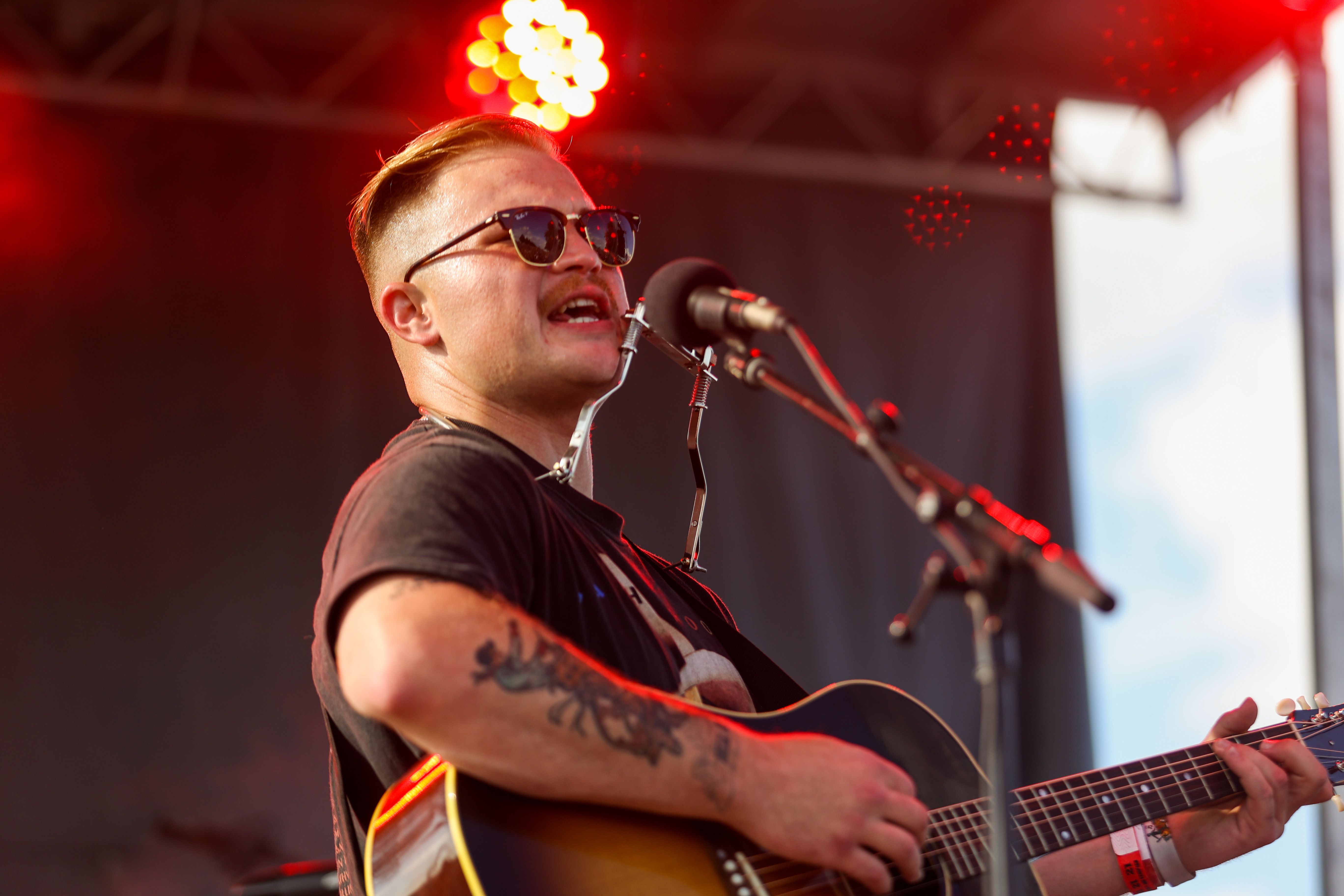 One of the weekend’s final performances came from the outspoken Jason Isbell, who opened his show with the cathartic ‘What’ve I Done To Help’, backed up by his 400 Unit behind him. A sea of people surrounding Railbird’s Limestone Stage watched and sang along intently throughout the set, as Isbell performed hits including ‘Hope The High Road,’ ‘Last Of My Kind,’ ‘Something More Than Free’ and a cover of The Rolling Stones’ ‘Can’t You Hear Me Knocking’ to close out his set. Despite the stellar musical performances all weekend, Railbird did suffer from logistical issues on day one including a shortage of water and refill stations, long beer lines and several attendees suffering from dehydration. However, after taking ownership of the mistakes and working tirelessly overnight to unload extra water onto the festival site and recruit more bar staff, operations ran much smoother on day two.

I commend AC Entertainment, C3 Presents, Live Nation, Keeneland and everyone else involved for their efforts to right the ship on Sunday, which they did tremendously. It’s never easy to admit when you’ve fallen short of expectations, but it was the right thing to do.

Overall the weekend was a blast, even with the sweltering heat. Railbird’s merging of top shelf music, bourbon and horse racing culture helped to create an event that was uniquely Kentucky in every way imaginable, one that I look forward to attending for years to come.