Grievous Angel is an extraordinary entry in the limited Gram Parsons catalog; a true milestone of Americana - or, more aptly, cosmic American music. 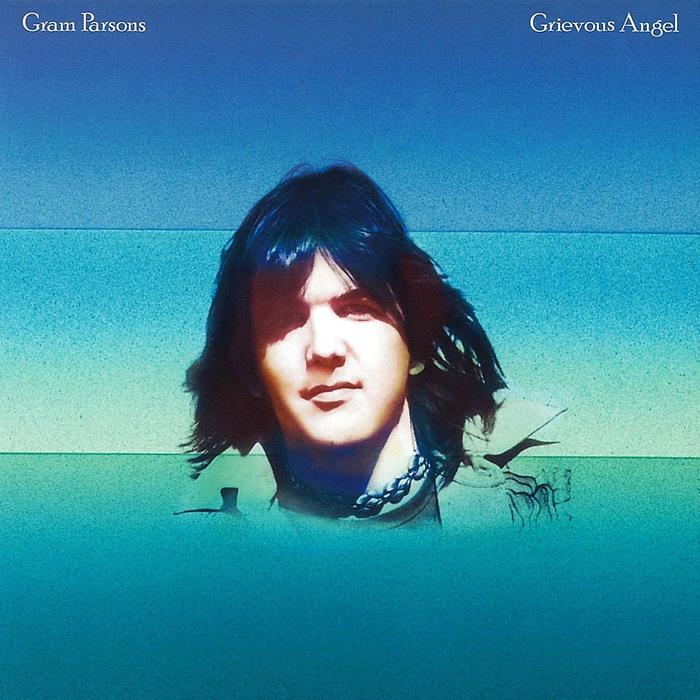 Nobody in the so called “27 Club” wanted to be there.

The unofficial designation was created to note the pop/rock/blues musicians who died, generally by misadventure, at that young age. From Robert Johnson to Jimi Hendrix, Brian Jones, Jim Morrison, Janis Joplin, Amy Winehouse and Kurt Cobain, the “club” has claimed an inordinate amount of talented people whose best years might well have been ahead of them. Lesser known than the others, Gram Parsons was almost another member.

Parsons, who passed away on Sept. 19, 1973 - just over a month before his 27th birthday - lived a full if sadly abbreviated life. Although credited with popularizing country rock for his work with the International Submarine Band, The Byrds (Sweetheart of the Rodeo was his lone contribution) and the Flying Burrito Brothers, he very vocally dismissed that genre description, preferring the more spiritually oriented, if less easily defined, “cosmic American music”.

His restlessness prevented him from staying in one place for long. After spending a semester at Harvard, Parsons (born Ingram Cecil Connor lll) contributed to a single release from the short lived ISB (which appeared after they broke up), another with the Byrds and a few with the Burritos.

He famously hung with the Stones in France for the notoriously drug fueled Exile on Main Street period, and recorded two projects under his own name; 1973’s self-titled G.P. followed a year later by Grievous Angel. The latter arrived four months after his untimely demise from an overdose of morphine and tequila in the Joshua Tree desert.

Although both his solo works are now considered iconic entries of the country influenced genre and were critically hailed at the time of their appearance, neither were well received by the record buying public. G.P. never made it onto Billboard’s Top 200 album chart and its follow-up, Grievous Angel, perhaps due to publicity around his demise, barely scraped in, peaking at a lackadaisical 195.

Over the decades, though, they amassed a much higher profile, especially as acts influenced by Parsons’ vision have acknowledged their importance to a genre now known as Americana. His description “cosmic American music” has similarly grown increasingly idiomatic over the years.

The Grievous Angel sessions included the core musicians from the previous G.P. album. The top flight band featured key members of Elvis Presley’s TCB ensemble; Parsons was a huge Elvis fan, who himself was known for hiring the best players in the business. Emmylou Harris, who was such a crucial vocal partner to Parsons, played even a larger role. She also received a rare co-writing nod on the exquisite and moving closing ‘In My Hour of Darkness’, a credit she later admitted was overly generous.

Grievous Angel is a wonderfully warm set of nine songs, albeit one that barely breaks a half hour, short even for its vinyl configuration. Parsons wasn’t a prolific songwriter between G.P. and these recordings, since only two compositions - the opening ‘Return of the Grievous Angel’ and the final ‘…Darkness’ - were newly penned. That may be attributed to well-documented substance abuse issues and a recent loss of his home to a fire. Thankfully those didn’t impact his playing, as affirmed by those who were there, generally agreeing that Parsons was focused and fixated as they proceeded.

The album is filled with lovely, generally melancholy tunes such as ‘Brass Buttons’, about his mother who was dying in the hospital. It dates back to International Submarine Band days but reveals its charms with a brilliantly heartfelt reading. Another old composition making its debut is ‘$1,000 Wedding’, detailing the titular occurrence that went awry. It was written around the time of the Burrito’s debut, The Gilded Palace of Sin. Parsons’ voice conveys all the sadness and tragedy of the event as he sings “It’s been a bad, bad day”.

The highlight of the collection is arguably a definitive cover of Boudleaux Bryant’s classic ‘Love Hurts’, already done by the Everly Brothers but given a tender, touching, bittersweet interpretation as the Parsons/Harris duet strips the song down to its profound bones.

The strangest inclusion is ‘Medley Live From Northern Quebec’ which combined a re-recording of the gorgeous, timeless ballad ‘Hickory Wind’, already played by The Byrds, and the Louvin Brothers’ spirited ‘Cash on the Barrelhead’. Not only was the performance not birthed anywhere near Northern Quebec, it also wasn’t live. Audience hoots and hollers were spliced in later. The faux concert ambiance is unnecessary and the crowd noise is distracting, making it the only misstep in the otherwise flawless set.

The final construction of Grievous Angel may not have been what Parsons would have approved if he was alive to oversee it. His widow Gretchen Burrell, who he was reportedly ready to divorce, chopped three wonderful songs prepared for the final cut. Those covers of country gems - ‘Sleepless Nights’, ‘Brand New Heartache’ and ‘The Angels Rejoiced Last Night’ - have since been available on various reissues. Burrell also approved the somewhat bland artwork and, more deviously, removed Emmylou Harris’ name from the front cover of what was supposed to be attributed as a joint effort, due to her jealousy of their relationship.

Regardless, Grievous Angel is an extraordinary entry in the limited Gram Parsons catalog. Its historical significance as the final musical chapter of his brief professional life doesn’t detract from the fact that it remains a wonderful listening experience; a milestone of Americana… or rather cosmic American music.

Purchase / listen to Grievous Angel from Holler's selected partners below: 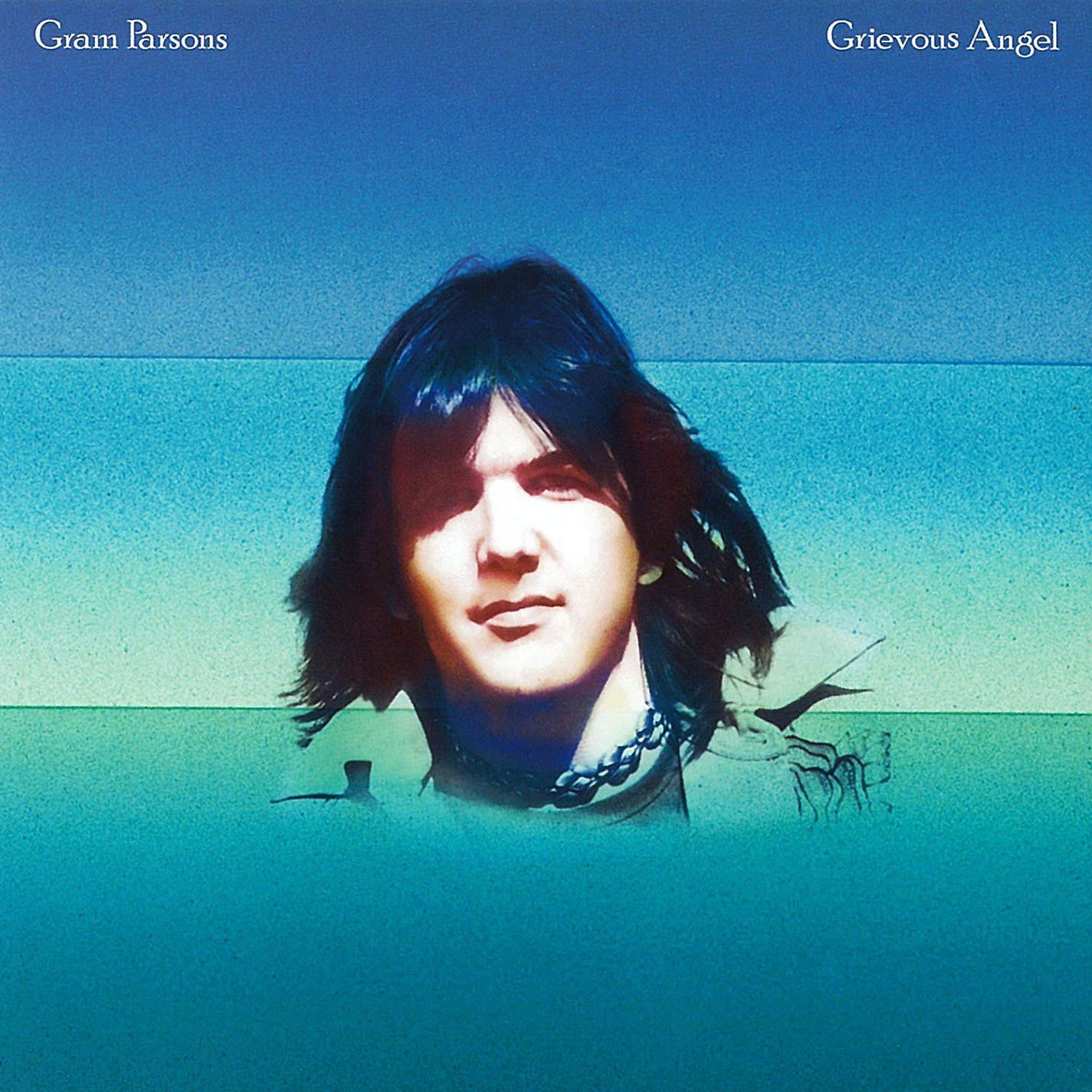 A Guide To: The Rolling Stones' Country Songs