The relentless renegade displays his admiration for an influential icon. 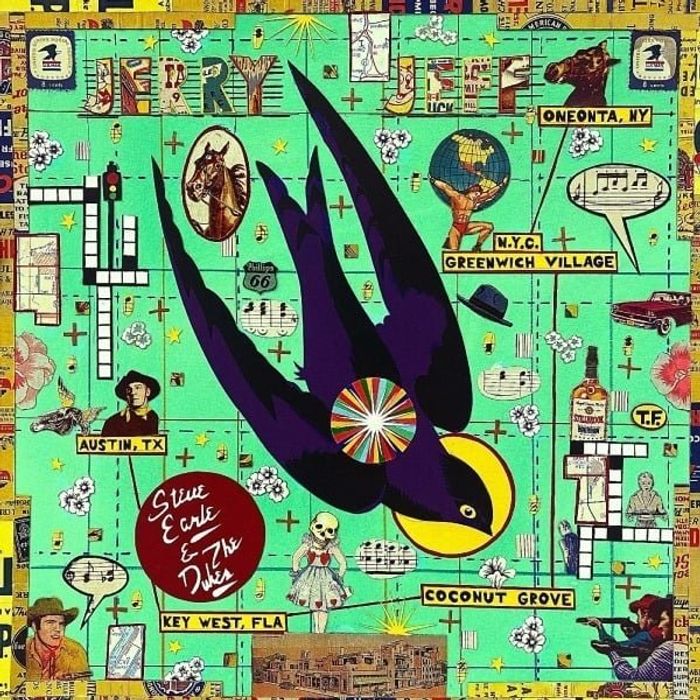 Credit Steve Earle with successfully transitioning, at least tentatively, from a sharp-eyed agitator to a revered observant.

It’s made increasingly evident with each homage he pays to those that have imbued their influence on his work, both past and present. In that regard, he’s dedicated entire albums to songs written by pals that have passed on - Townes Van Zandt and Guy Clark specifically - underscoring Earles’ gratitude to his early mentors. His last album, JT, was significant given it consisted of songs written by his eldest son, Justin Townes Earle, in the wake of his tragically premature passing.

It’s obvious that Earle is unwilling to shake off the influence and impact his former colleagues had on him, not only as far as his songwriting, but on his life as a whole. When discussing Jerry Jeff Walker with Holler, Earle said; “He was a very big deal for me; when he passed, I started thinking about it and felt I had to do this”.

What this is is JERRY JEFF; Earle’s trifecta-completing album that pays tribute to an artist widely credited with helping to establish ‘outlaw country’. Granted, Walker’s best known for a single song - the widely covered ‘Mr. Bojangles’ - but as Earle makes clear, the breadth of his work clearly qualifies him for wider recognition.

As with Townes and Guy, Jerry Jeff finds Earle operating well within his wheelhouse. The sway and swagger of ‘Gettin’ By’ finds Earle offering his own amiable introduction (“Hi buckaroos, Steve Earle again…”), thus imparting his imprint on the proceedings. ‘Gypsy Songman’ swings contentedly, while ‘Little Bird’ opts for a moment of reflection and remembrance.

Yet the rustic ramble that characterizes ‘I Makes Money (Money Don’t Make Me)’ and ‘Hill Country Rain’ typify the gruff, “everyman” persona Earle’s adopted as his own. His take on ‘Mr. Bojangles’ also emphasizes his own particularly roughshod approach, belying any hint of a fanciful attitude applied to the erstwhile troubadour’s trials and tribulations.‘Charlie Dunn’ takes a more celebratory stance, given its tipsy tale of the individual name-checked in its title.

So, it’s left to ’My Old Man’ to find a balance for Earle to maintain. It’s a heartfelt tribute from a fan, student and a friend, shared from none more personal a perspective.

Taken in tandem, Jerry Jeff is by turns both tender and tenacious. It’s an apt homage to a mentor who decidedly deserves wider recognition than that accorded him during his lifetime. Earle’s eagerness to bring that fact forward to his own audience reflects his admirable intent.

Steve Earle & The Dukes 2022 album, JERRY JEFF, is released 5/27 via New West Records. You can purchase the album from one of our selected partners below: 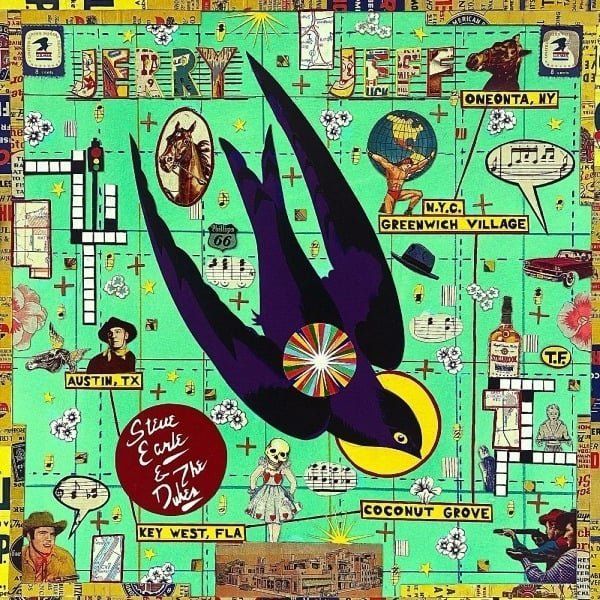