Under heartfelt wishes for no more pain or struggle, and thoughts of reuniting beyond this mortal coil, Dark Enough To See The Stars shows Mary Gauthier as a subtle, evocative wordsmith at her peak. It’s a highly rewarding album. 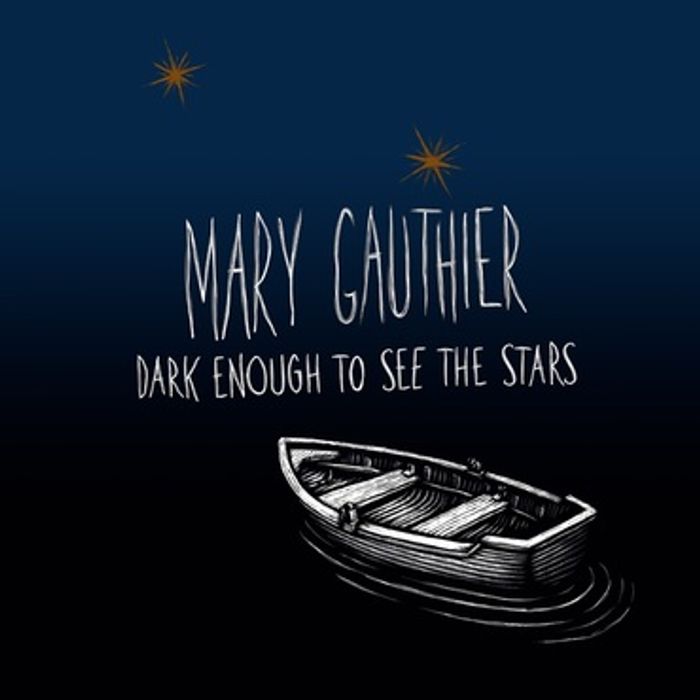 Famously using her art not only to delve into the most illuminating moments but also the darkest corners of life, poetic singer-songwriter Mary Gauthier has surpassed herself with this latest, highly personal album.

She has experienced great loss in recent times; having helped veterans deal with their own pain and trauma on her award-winning record Rifles and Rosary Beads, she now turns the mirror on herself across ten emotionally charged tracks.

Neatly divided into three sections, Dark Enough to See the Stars starts with a trio of upbeat love songs. ‘Fall Apart World’ comfortingly underpins memories of “walking round with a big smile, been such a long while” before ending with a tentative yelp of redemptive optimism, “I am finally home”. Similarly, ‘Thank God for You’ is a woozy departure song, with joyful Dylan-esque word play that welcomes new horizons. It leads into ‘Amsterdam’, an instantly evocative number with harmonies from her partner, Jaimee Harris, who co-wrote this love letter to one of their favourite European cities.

The heart of the record though explores sharp, raw grief. At its very centre is the title track, co-written with the marvellous Beth Nielsen Chapman. They are processing grief and unbelievable hurt; it’s simple imagery and masterful storytelling is reminiscent of Nanci Griffith at her best in its effortless summoning up of deeper emotions. ‘How Could You Be Gone’ sings of loss, denial and not wanting to say goodbye, perhaps marking the moment when Gauthier decides to take stock and move on. It’s littered with snapshot glimpses not just of the deceased, but of her memories of the funeral and wake.

In the closing section, Gauthier nods to multiple influences to evoke happier memories – perhaps showing her process of moving on. ‘Truckers and Troubadours’ talks about life on the road in a stately waltz; embodying the finest of Springsteen intros in ‘Blinded By The Light’ fashion. Through ‘The Meadow’, Gauthier evokes a specific place time and vivid memory under Fats Kaplin’s pedal steel; her voice heavy, almost scarred by emotion. There’s more wistful optimism on the half-spoken ‘About Time’, as she mulls over how happiness arrives as she had almost given up hope.

To sum up this album, you need look no further than the final track, ‘Till I See You Again’. There are glimpses of Dylan’s ‘Forever Young’ in its structure and delivery, and it’s again reminiscent of the sublime songwriting of John Prine and Nanci Griffith – both of whom have passed away in the last couple of years.

Under heartfelt wishes for no more pain or struggle, and thoughts of reuniting beyond this mortal coil, Dark Enough To See The Stars shows Mary Gauthier as a subtle, evocative wordsmith at her peak. It’s a highly rewarding album.

Mary Gauthier's 2022 album, Dark Enough To See The Stars, is released 6/3 via Thirty Tigers. You can purchase the album from one of Holler's selected partners below: 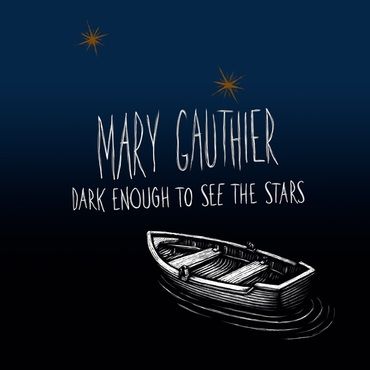