On Sayin’ What I’m Thinkin’, Wilson sounds tender and spunky, confident and fallible, glamorous and hilariously realistic - often all at the same time. 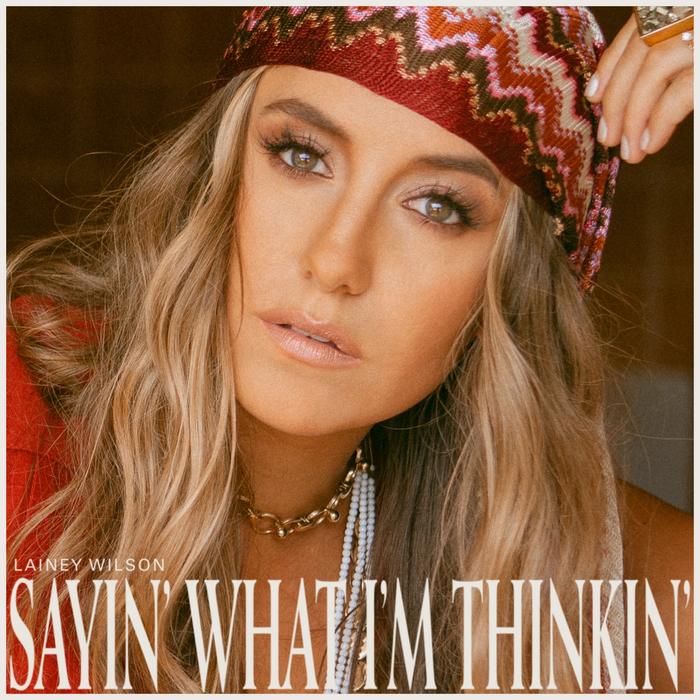 Few artists find their sound as quickly and emphatically as Lainey Wilson. Ever since she introduced herself to a mainstream audience with 2019’s Redneck Hollywood EP, the Louisiana native has been unabashedly herself; laying on thick both unfiltered honesty and high glamor, with a storytelling style that revolves around her experience of growing up in the rural south.

Wilson’s full-length debut, Sayin’ What I’m Thinkin’, builds on the impressions left by Redneck Hollywood – it adds more moods and, as a good debut should, evokes more of Wilson’s personality traits than an introducing EP can. Still, it’s clear that she is still the same authentic, big-hearted and opinionated character that she’s been all along - delivering the patented brand of swagger-laced, drawl-soaked music that she dubs “bell bottom country”.

Though Wilson’s country roots are obviously a big part of her musical identity, she wears her glam-rock edge on her sleeve, too. These two affinities don’t ever contradict each other on the record; with Jay Joyce in the producer’s chair, Wilson is able to refine her rock ‘n’ roll side with one of country’s most gifted as her guru. Big and juicy ‘70s guitar riffs are a highlight on this project; especially when they’re used to kick off up-tempo tracks like ‘Straight Up Sideways’, ‘WWDD’ and the opening stomp of ‘Neon Diamonds’.

As an artist, Wilson possesses multitudes; whether that goes for her choice of subject matter or her musical style, she’s unapologetic about it. Rising hit-single ‘Things a Man Oughta Know’ displays Wilson both at her toughest and at her most fragile; “I can hook a trailer on a two-inch hitch / I can catch a fish,” she sings, rattling off the skills she’s learned that are stereotypically a “man’s job”. But as the song evolves, it’s clear that those aren’t the only things, from Wilson’s perspective, that a man oughta’ know; she’s emphasizing on the emotional work it takes to be able to keep a relationship together, which - even if she does her part - is a two-person task.

“Yeah, I know a boy who gave up and got it wrong,” she continues, spelling out heartbreak without ever fully letting down her tough exterior. “If you really love a woman, you don’t let her go.”

On Sayin’ What I’m Thinkin’, Wilson sounds tender and spunky, confident and fallible, glamorous and hilariously realistic - often all at the same time. Through it all, her authenticity comes through loud and clear. The album’s title track is also it’s closing statement, and by the time you get to hear Wilson sing, “I can’t lie to you ‘cause I can’t lie to me”, it’s a sentiment that’s been self-evident throughout the entire record. Through a range of moods and styles, Wilson never once loses sight of who she is.