It’s an impressive introduction - a balancing act that keeps one foot in deep, dark impressions while the other stands within enough commerciality to attract newcomers to Oladokun's sound. 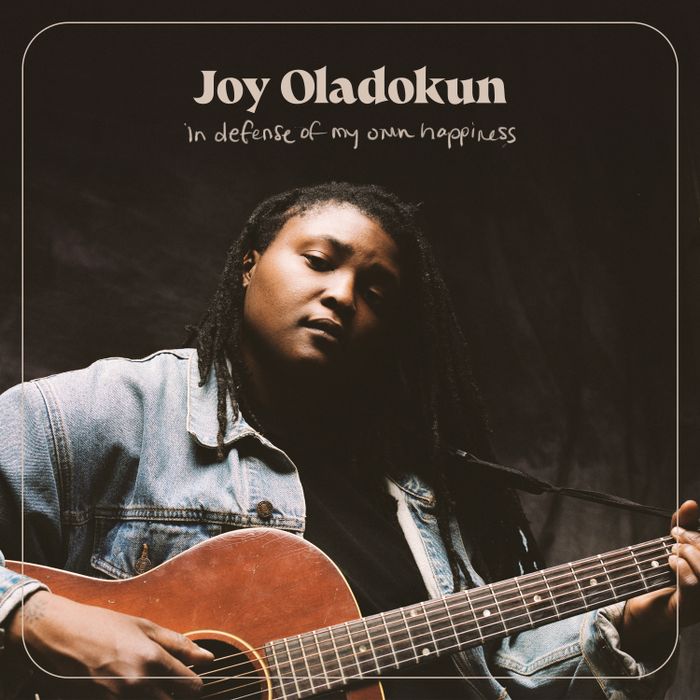 One of this year’s most anticipated major label debuts has already been released…sort of.

2020 certainly saw plenty of surprises, most of which were pretty dire. But one of the more uplifting revelations was an album from Joy Oladokun, entitled in defense of my own happiness (the beginnings). The singer/songwriter already had a handful of emotionally incisive songs featured on high-profile TV shows like This is Us, Grey’s Anatomy and The L Word - the latter being particularly appropriate since Oladukun is a Black, queer woman whose work often revolves around the difficulties of coming out and feeling comfortable in her skin. Following the record’s release, it didn’t take long for the big shots to come sniffing. Now touted as her “major label debut”, in defense of my own happiness is a largely new collection of songs that includes two key selections from the previous release.

It’s an impressive introduction. A balancing act of sorts, it keeps one foot in deep, dark impressions and contemplative melodies, while the other stands within enough commerciality to attract newcomers to Oladokun’s expressive vocals and weighty concepts. Early single ‘Bigger Man’ - a Maren Morris duet/co-write - is a poignant ballad that's a logical attempt to attract a wider audience due to Morris’ star status, but is a harbinger of things to come, as the rest of the package stays in a similar style albeit with a more stripped-down sound. The touching, piano-based ‘breathe again’ gets another go-round, as does ‘sunday’, with its slow programmed beats and the blistering words; “I feel like a mess / I feel like I’m stuck in the wrong skin / I feel like I’m sick / But I’m having trouble / Swallowing my medicine”. There is plenty to chew on and, despite the singer’s name, most of these songs skew to the gloomier side.

Some concepts are overly simplistic, but she sells these truths by infusing her beautiful, emotional and often earthy voice into melodies that linger. ‘if you got a problem’ emphasizes upbeat concepts with an encouraging ‘Lean on Me’ theme. ‘wish you the best’ says to an old love that her “bitter days are through” and ‘look up’ provides an inspiring reminder that “life can be beautiful if you let it be”. Oladokun writes a lot, filling each selection with a surplus of words - it’s pop music approached from the mindset of a true singer/songwriter, not far removed from the art of Carole King. While each composition is flawlessly conceived, the album is certainly heavy on ballads – her approach becoming repetitive as she pushes through 15 cuts in 50 minutes. Editing out a few selections would certainly tighten up some of the musical and lyrical heavy-lifting.

Regardless, Joy Oladokun is clearly a talented, prolific artist deserving of the attention a substantial marketing budget and major label clout brings. She also represents a burgeoning genre of young, talented women of color now working within the center of roots music who, like the similarly styled Amythyst Kiah, have been ignored by commercial radio for far too long.