To use an old advertising line, Jim Lauderdale is as good for you today as he's always been. With Hope, he delivers a specific message of better days to come. 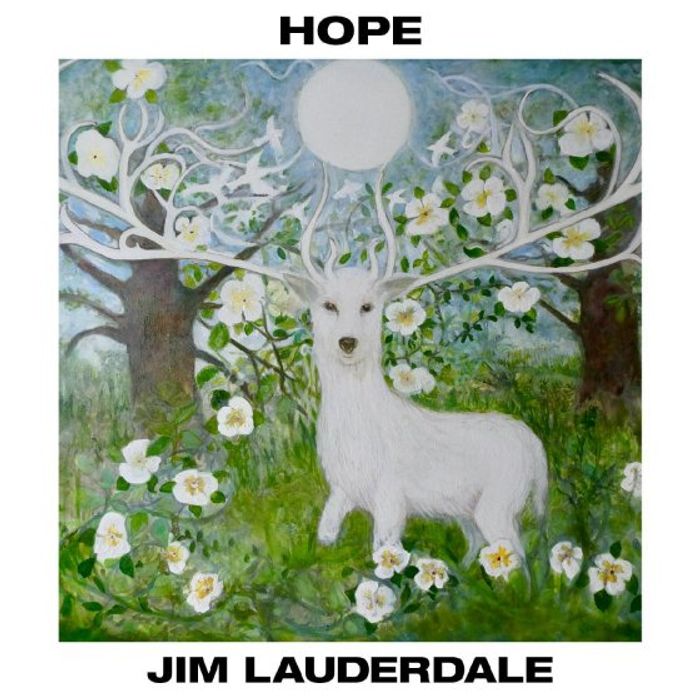 To use an old advertising line, Jim Lauderdale is as good for you today as he's always been. In fact, amid the chaos of our recent times, he's even better. The long-time host of the AMAs - and 2016 recipient of their Lifetime Achievement title - has always had a glass half full attitude to music, as to life. With Hope, he delivers a specific message of better days to come.

Insanely, this is Lauderdale's 34th album since he debuted in 1991 with the admirably twangy Planet of Love, produced by Rodney Crowell and John Leventhal. Home follows the North Carolina native's salute to his birthplace on 2020's bluegrass-infused When Carolina Comes Home Again.

Throughout the record, Lauderdale’s messages are heartfelt, his lyrics often endearingly off-centre, on music designed “to somehow help us all get through trying times and give comfort”, as he says. It incorporates all of his reference points, be they rock, folk, old-school country or even a little jazz.

Lauderdale co-produced the 13-track set, recorded at Nashville’s revered Blackbird Studios, with frequent collaborator Jay Weaver, who also plays bass, while there are top-drawer contributions from guitarists Chris Scruggs and Kenny Vaughan, among many others. The delightful opener 'The Opportunity To Help Somebody Through It' sets the infectious, welcoming tone with its tips on taking a moment to help someone to get by. Scruggs picks out a winning guitar lead here, frequently continuing to do so throughout.

'Sister Horizon' has echoes of Neil Young's 'Harvest Moon', fuelled by Will Van Horn's pretty pedal steel, and 'Brighter Side Of Lonely' is a beautifully expressed letter of affection to a friend in dismay, as Lauderdale's pleasing vocals find a sweet spot between Glen Campbell and Lukas Nelson.

'Mushrooms Are Growing After The Rain' was carved from simple observational pleasure while the artist was out walking. Its hints of the Grateful Dead connect with 'Memory', Lauderdale's last of more than 100 collaborations with that group's Robert Hunter, before the latter's death in 2019. The narrator narrowly succeeds in convincing himself that the memory of his lost love softens the pain of losing her.

Soon you're remembering almost every melody on Hope and its accompanying point of view. It's never mawkish or moralistic, even in the frustration of seeing someone lose their resolve (“Watching you giving up hasn’t been any fun”). Often, he's describing the triumph of hope, even if it's over experience: this life is the best we have, so use it or lose it.