Kitschy, spacey and playfully futuristic - Honey Harper's debut confirms him as a star in the making. 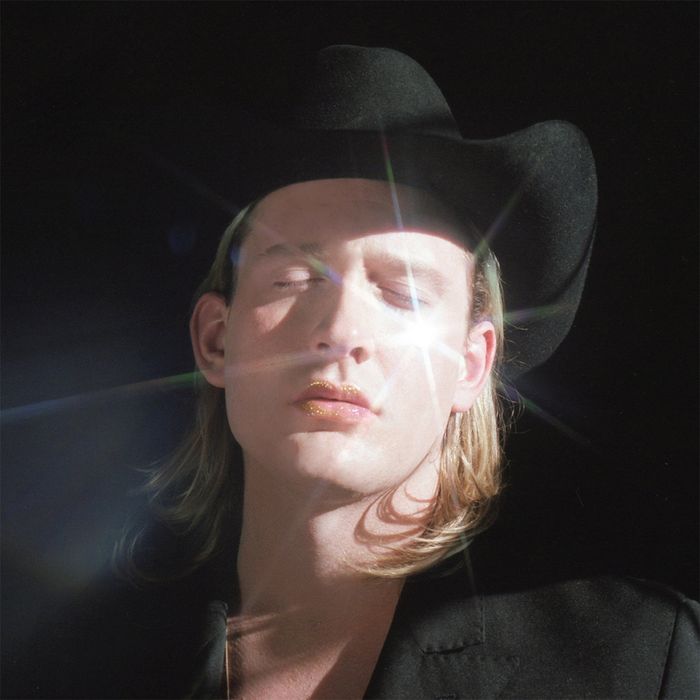 Listening to Starmaker for the first time feels a little bit like unearthing an experimental recording from a time capsule buried in the late 1960s. It’s kitschy and playfully futuristic in the same way that Barbarella and Lost In Space were, as if someone had made a recording of what they imagined popular country music might sound like fifty years on. “There’s no need to ask if I’m stuck in the past, you already know”, Honey Harper sings on the title track, like a ghostly voice from the past, unpacked for the first time in 2020.

Influenced as much by Brian Eno’s ambient masterpiece Apollo, as it is by Gram Parsons, Townes Van Zandt and the early pioneers of Psychedelia infused country in the sixties, Harper brings a spacey otherworldliness to the otherwise simple, romantic Americana songs that make up his debut album. Co-written with his wife, Alana Pagnutti, Starmaker explores fame, fortune and failure and the relationships that surround Harper in his pursuit of success and stardom as the self-styled cosmic cowboy troubadour.

In a way, with its acid soaked West Coast country sound, Starmaker simply picks up the baton that Beachwood Sparks and The Shins left hanging in the early 2000s, but it’s Harper’s non-countryisms that push it beyond that. Strangely, it works best when it seems to forget that it’s meant to be a country record. His voice pitched somewhere between Jim James and Kermit The Frog, it’s reminiscent of Phosporescent or Yoshimi Battles The Pink Robots-era Flaming Lips. Harper is toying with country music in the same way that Christopher Owens of Girls did - he understands its fabrications and plays with them, using them as touchpoints for his sad sweet songs. It’s this playfulness that somehow allows him to sidestep the landmines that usually lie waiting for the beleaguered indie star who turns to country music in the hope that its inherent authenticity will naturally rub off.

There’s an end-of-the-world grandiosity to it all - with it’s sweeping orchestration and arch high melodrama – and it feels like it owes as much to Burt Bacharach and Dusty Springfield as it does to its country influences. ‘Suzuki Dreams’ – partly recorded in Budapest with the Hungarian Studio Orchestra – sounds like the kind of song that a heartbroken prince sings alone in an empty castle three quarters of the way through a Disney princess film. While the starkly orchestrated ballad ‘Something Relative’ – written about a friend who died from an overdose – is pure Jacques Brel.

Recorded in Paris with Sébastien Tellier, the title track is the album’s show closing big weeper. His voice is filled with a soft desperation as a string loop throbs underneath it -“I know you want more, but it’s hard to know what you want it for”, he sings, world weary and beaten but somehow empowered. It closes a beautifully sad collection of songs about the dichotomies of love and sadness, melancholia and happiness, success and failure, as Harper tries to find his way back to the music of his childhood; to country music. He never really finds his way back there - not fully anyway- but sometimes it isn’t so much about where the road leads, but just that you’re on it that matters, and when a journey is as beautiful as this, you never want it to end.