662 is an outstanding collection of music from an outstanding talent. If you have any interest at all in what traditional electric blues can do in 2021, then you need to hear this. 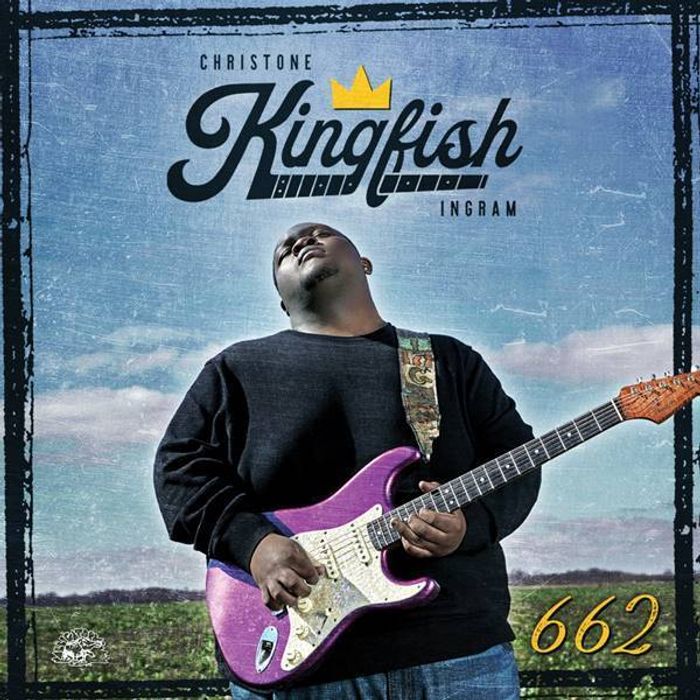 The first time I heard Christone “Kingfish” Ingram play was back at the beginning of 2018, when I was passing through his hometown of Clarksdale, MS with Jools Holland. He was at Redd’s, the local juke joint. Jools sat in with the band that evening - by the time the night was through, he was excited as I’d ever seen him.

Christone was just 19 then, and his technique was jaw-droppingly good - coupling flashing clusters of notes with incredible dynamics to create a truly thrilling live experience. Usually, you can either play the notes or the spaces around them, but somehow Kingfish was able to do both to incredible effect. If anything, he rather overplayed that night, but as Jools said to me at the time, “he’ll get over that”.

Well here we are now, three and a half years later, and indeed he has. 662 – titled for the Mississippi area code that covers Clarksdale – is a viscerally exciting record that outstrips Christone’s 2019 debut Kingfish on every level, correctly cementing him as a major force in contemporary blues. The notes are still there, but not as many as there used to be, and they’re now married to an increasingly impressive vocal throughout a set of songs that expand the Kingfish world to a bewitching degree.

Paradoxically, part of that actually comes from the narrowing of the Kingfish world. Christone’s mother died at the end of 2019, at the height of a 13-month touring schedule that also came crashing down with the advent of the pandemic. Forced to stay at home and reflect on his losses, the guitarist channelled it all into his art, and the result is a record that you can really feel as much as admire.

Sharp and cleanly produced in Nashville, 662 covers a lot of ground in its 14 songs, with straight Delta blues rubbing up against Memphis soul and rock’n’roll, with a little jazz beginning to creep in around the edges as well. Lyrically it moves the long way through love songs, road songs and protest songs, culminating in 'Rock & Roll', a tribute to Christone's mother.

It’s a truism amongst musicians that every album you make has a song on it that points to where you’re going next, and on 662, 'Rock & Roll' might be that clue. Recorded at Royal Studios in Memphis – the home of Al Green – by Willie Mitchell’s son Boo, the starkly emotional piece allows Kingfish to really dig deep on a personal level, offering up a secular prayer of love and loss that can stand in for any number of things in this crazy 18 months that we’ve all lived through.

It’s an outstanding collection of music from an outstanding talent. If you have any interest at all in what traditional electric blues can do in 2021, then you need to hear it.