Amongst its sprawling soundscapes and instrumentation, you can find the fullest, most beautiful expressions of human emotion in Supernova. 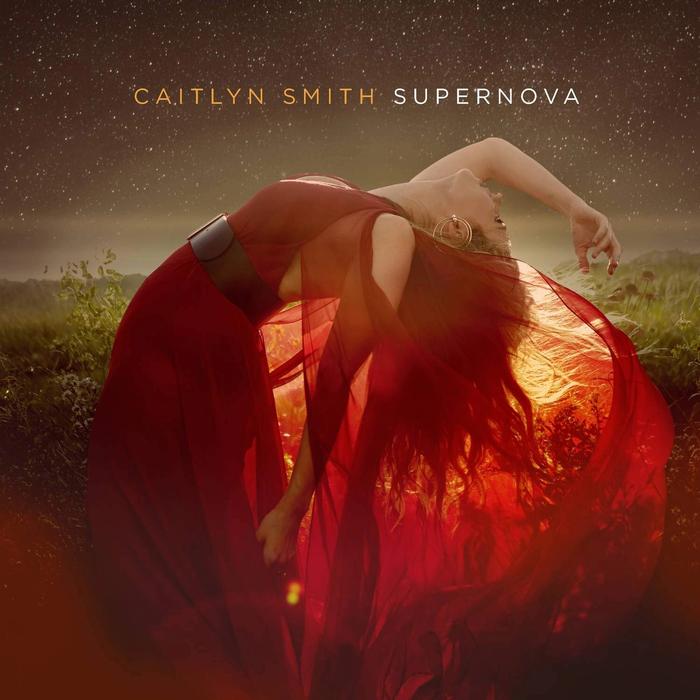 Caitlyn Smith is a Nashville-based singer-songwriter, whose rising career has already seen her write for the likes of Meghan Trainor, John Legend and Dolly Parton. Most recently, Smith co-wrote the song ‘Glasgow (No Place Like Home)’ for the film Wild Rose. In 2018, Smith released Starfire, her first album with Monument Records. It was a cinematically rich record filled with yearning, frustration, love and heartbreak that chronicled her journey from songwriting for others to becoming a performer herself.

They say it takes you your whole life to write your first record and then you hit the sophomore slump – but in this case, Smith’s second record digs even deeper. If Starfire was a painting of people and stories in Smith’s life, Supernova is the colours, the brushstrokes, the light reflected off the canvas, all set against the backdrop of folk-rooted pop with vast soundscapes stretching to the horizon. In Smith’s own words, “A lot of these songs are little vignettes, details of life. We’re constantly bombarded by so much noise, and I wanted to create a record that held all those tiny moments—the ups and downs—that make life so beautiful”.

Supernova is a conglomeration of those ups and downs Smith speaks about. Those split-second, mundane to the casual observer moments - the brushstrokes if you will - can be heard all over the record, from the heart-wrenching ‘All Over Again’ and bluesy ‘Midnight in New York City’, to the magical ‘Put Me Back Together’. Anthemic choruses and thick guitars on songs such as ‘Damn You for Breaking My Heart’, ‘I Can’t’ and ‘Rare Bird’ soar and swell, submerging you in warm blankets of sound.

Smith has that rare ability to take an emotion, a memory or a haunting and evoke the importance it holds in your head and heart in song. Take ‘All Over Again’, a song that explores the age-old question: if you knew how it ended, if you knew how much it would hurt, would you do it all over again? “If I could've seen it all when you first walked in / could've read the last page first/ If I would've known just how the story ends / And how bad it would hurt / I would do it all / I would lose you all over again”. On ‘Put Me Back Together’, a similar specificity of emotion guides the song. There are the powerful guitars and drums, and Smith’s call and response chorus, which lift the track higher and higher into the stratosphere. But there are also the tiny, beautiful moments: the person that gazes at the stars who loves sitting on the car hood smoking cigarettes, the guy that doesn’t care if you’re broken and mean. “When you're lying with me on the car hood / Sharing cigarette dreams / you make me feel so classy/ Like I'm an LA queen”.

There is an intimacy to Supernova. Amongst its sprawling soundscapes and instrumentation, you can find the fullest, most beautiful expressions of human emotion to climb into. In the words of Smith herself, “You got a heart like mine / I can name every colour.”