Even if the small-town concepts expressed on Fortune Favors the Bold have been heard before, authentic lyrics and the band's warm southern country rock make them fresh - and even inspiring. 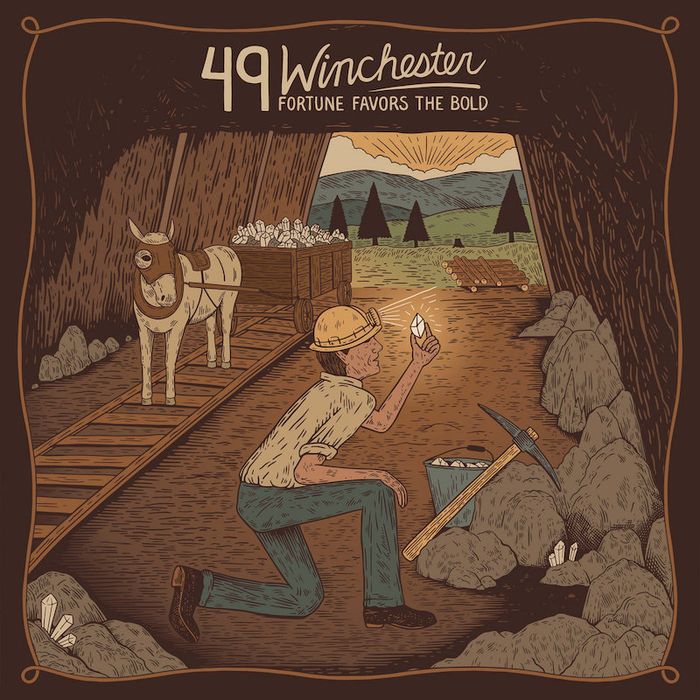 “Packed into this van like sardines inside a can / It’s the only life that I wanna lead / Well I love home but the roads got all I need”, sings 49 Winchester’s songwriting frontman Isaac Gibson with the raspy, gutsy honesty of someone who remains serious about the less than glamorous life he has chosen. That attitude and theme runs through the entirety of the band’s work but is particularly palpable on this, their fourth go-round and first for major indie New West.

Everything about Fortune Favors the Bold speaks to the concept of Castlewood (population just over two thousand), the small Virginia town that birthed the quintet and a street responsible for the band’s name. This could easily devolve into cliché - Gibson is hardly the first songwriter to be driven by this ‘Small Town’ notion that John Mellencamp expressed so succinctly in his 1985 hit. But, thankfully, the authentic lyrics and the band’s melodic, generally dialed-down Southern country rock reflect feelings as genuine and homespun as Gibson’s voice.

Gibson knows it’s too easy to fall into hometown habits, something he states in the bittersweet bluesy waltz time ‘Neon’ with “Work till you die, that’s all you’ll ever do / In this little town where I come from”, as Eanes’ organ emphasizes those darker thoughts. Clearly the frontman strives to accomplish more as he expresses in the yearning title track singing “Still young enough and dumb enough to grow up fast / I’m gonna take every chance I can for this rock n’ roll”, understanding that success in the cutthroat music industry comes with the hard work he is willing to put in.

A few up-tempo selections such as the honky tonking twang of ‘Hillbilly Daydream’, the story of a bootlegger who is “Flying down the road with a pickup bed full of alkyhaul” and the rollicking ‘Last Call’ that could easily have emerged from any Georgia Satellites album, keep the musical approach varied.

If there was any doubt that 49 Winchester was ready for the big - or at least bigger - time as they graduate to a higher profile label, it is quickly dismissed with one spin of these 10 expertly crafted slices of life. Gibson’s touch is sharp yet subtle, the band backs him without stealing the spotlight, and even if we have heard these small-town concepts before, this band makes them fresh and even inspiring.

Fortune Favors the Bold is out on Friday 13th May via New West Records. You can purchase the record from Holler's selected partners below: 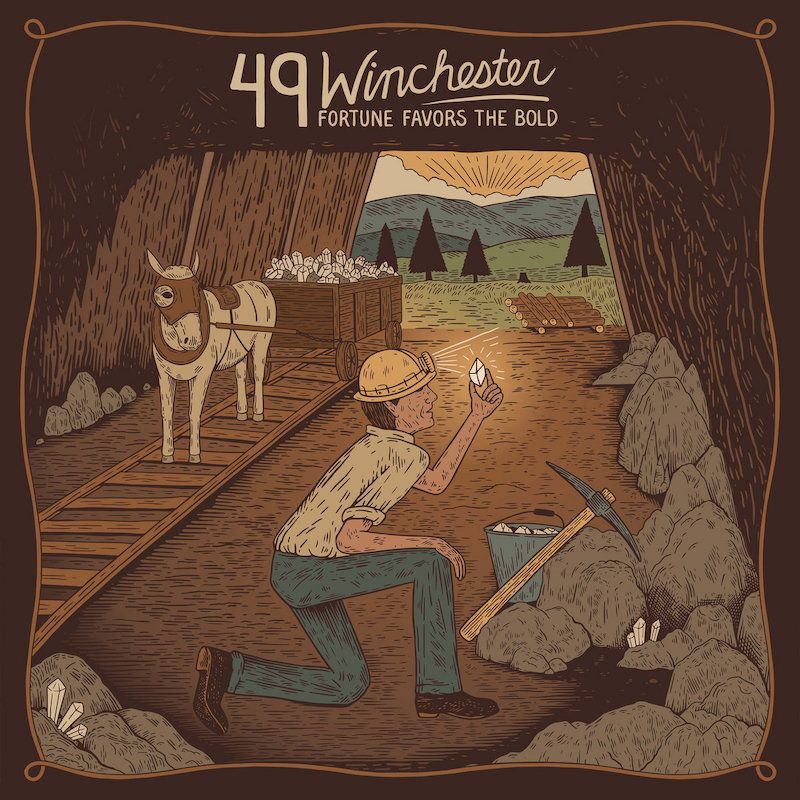