C2C Festival is less than a month away and anticipation is growing fast!

The event has now announced the acts playing across their festival stages and the returning Bluebird Café on the weekend of 11-13 March.

A staple of the Nashville live scene, The Bluebird Cafe is returning to C2C - once again taking place in the O2 Blueroom on Saturday 12th and Sunday 13th March.

The sets will be presented as songwriter’s rounds and will be introduced by Erika Wollam Nichols, who has been a part of the venue in Nashville for over 30 years. The lineup over the two shows includes Alex Hall, Caitlyn Smith, Laci Kaye Booth, Shy Carter, Tony Arata and Tebey. 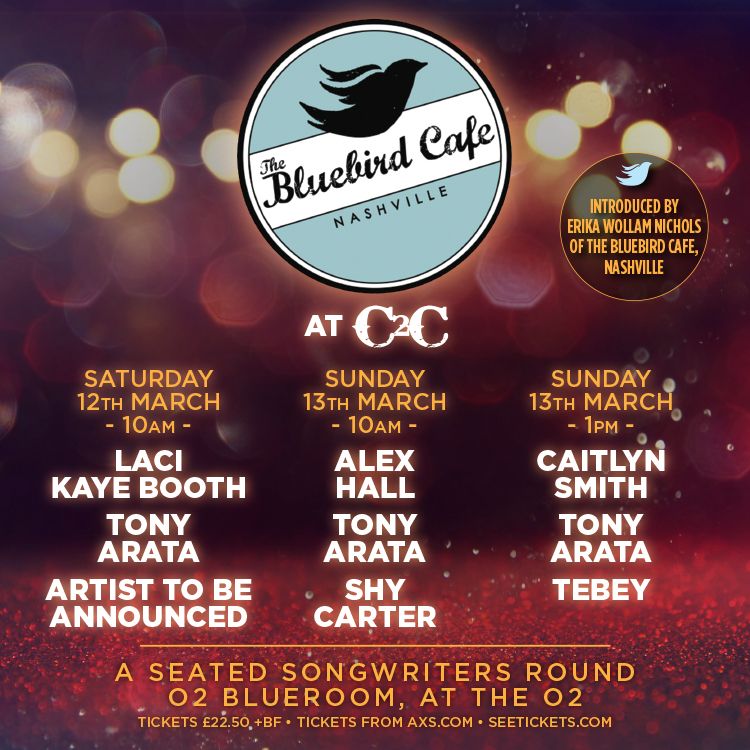 The festival stages will take place across The Town Square, The Big Entrance, BBC Radio 2 Stage (at Indigo at The O2), Country Music Week Hub, The Saloon (All Bar One), The Icon Stage and The Garden Stage.

The C2C official Aftershow Parties will feature sets from Breland, Willie Jones, Seaforth and DJ sets across the weekend from DJ Hish at Indigo at The O2. 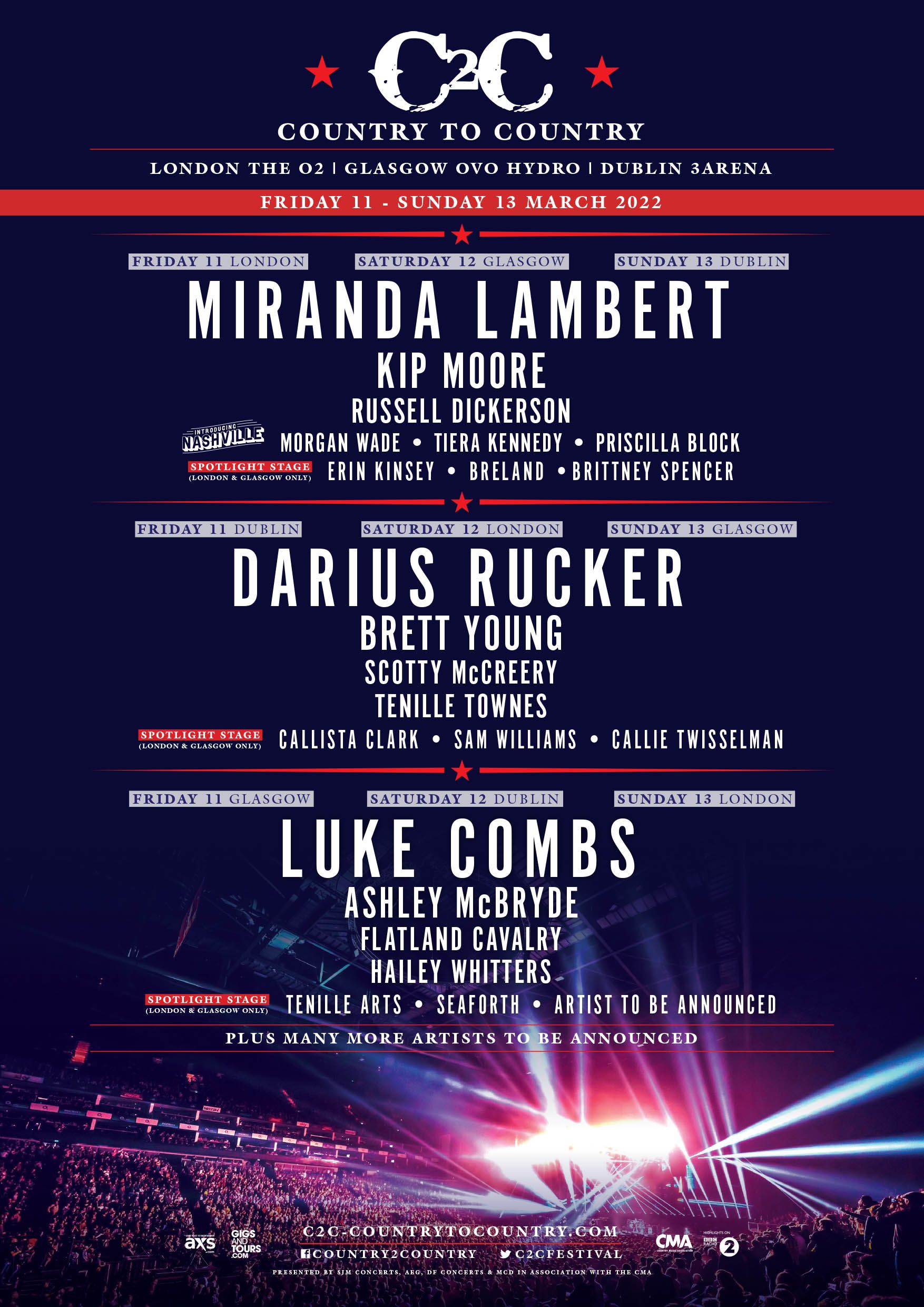 Miranda Lambert, Luke Combs and Darius Rucker will headline the event, which takes place across London, Dublin and Glasgow. On Mar. 11, Lambert performs in London, with Darius in Dublin and Combs in Glasgow. Those lineups then rotate across each city for the course of the weekend, bringing UK and Ireland country fans a serious amount of music.

Those stars are joined by Kip Moore, Brett Young, Ashley McBryde, Russell Dickerson, Scotty McCreery, Flatland Cavalry and Hailey Whitters. The event will also feature the C2C Spotlight Stage, where Tenille Townes and Callista Clark are slated to perform in London and Glasgow. More details on the original wave of announcements are here.

C2C will be returning to the O2, London, 3Arena in Dublin and the SSE Hydro In Glasgow between 11th and 13th March. For more information and tickets, see below: