Carly Pearce is an Official Member of the Grand Ole Opry

Carly Pearce is the newest member of the Grand Ole Opry. The country music star was inducted last night, Monday August 2, at an official ceremony. 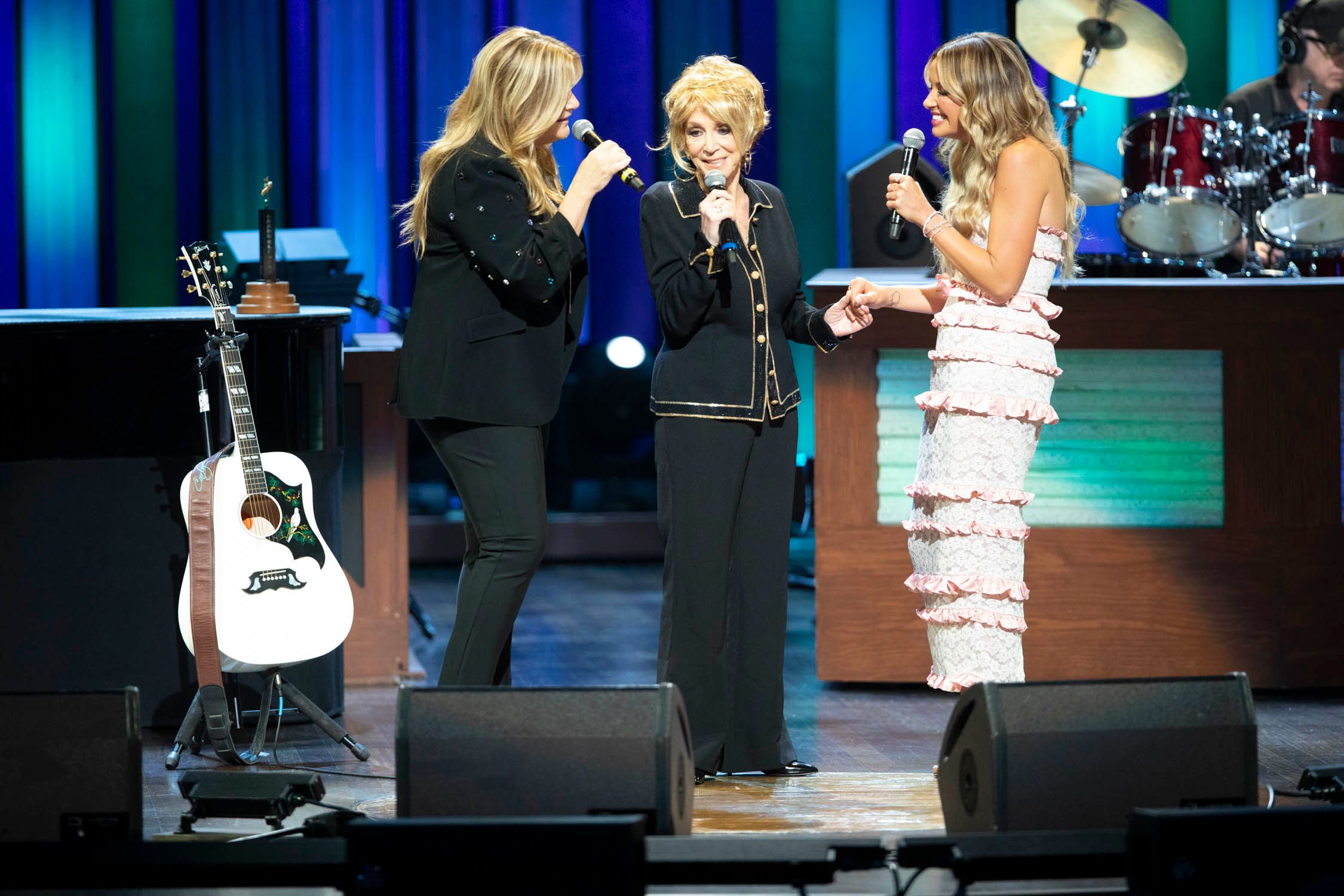 "This is a very special place, and when you are invited it’s an invitation to the family", Yearwood said. "With much pride and joy, Carly you are now an official member of the Grand Ole Opry".

Pearce performed three songs. She sang her single with Lee Brice, "I Hope You're Happy Now", dueted with Yearwood on "How Do I Live" and debuted a new song dedicated to Loretta Lynn, "Dear Miss Loretta".

During her speech, Pearce talked about the family she's made at the Opry. "What makes this family something special to be a part of is you can have hit records and sell-out shows, but all of that can fade and this is something I will have forever", she said. "It’s a stage to sing on, a circle to stand in and a forever family".

Pearce also mentioned what the induction meant to her. "This is super special to me", she said. "All I ever wanted to do was sing country music. This isn’t another accolade or feather in my cap but a promise that I will do my due diligence to make sure the circle is never broken".

Dolly Parton first invited Pearce to join the Grand Ole Opry on June 17. The moment was a planned surprise. Pearce thought she was filming a promo for the Dollywood theme park.

During the shoot, she mentioned to Parton that she'd played the Opry over 80 times. "You’d think they’d make you a member", Parton teased. "And they are! They’re asking you to become a member of the Grand Ole Opry"!

Carly Pearce will be releasing her next album, 29: Written In Stone - a follow up to her February EP 29 - on September 17.