A Guide To: The 10 Best Emerging Acts From AmericanaFest 2021.

There’s no denying the wealth of options and choices when it comes to the awesome array of artists and ensembles found at AmericanaFest in Nashville each September. Indeed, with well over 200 concerts and showcases representing a broad sweep of styles and genres under the increasingly vast Americana umbrella, this year’s festival, belatedly returning after 2020’s Covid cancellation, offered as plentiful an array as ever.

Of course, one of the real joys AmericanaFest has to offer is not only the opportunity to enjoy more familiar fare, but also to discover new up-and-coming performers who are showcasing their music for the first time. This is, after all, an event dedicated to maintaining a tradition that constantly evolves, expanding its template while offering opportunities for musicians to share their efforts and achieve recognition in the process.

Those that stand out do so not only through the strength of their songs, but through their performances and presentation. It’s no easy task, yet the array of talent that rises to the fore bodes well for the future, due to innovation, imagination, craft and creativity.

Here, then, is a compendium of the ten best new artists that shared both their skills and savvy at AmericanaFest 2021.

Charley Crockett’s been around a minute. His crowning as Best Emerging Artist at the annual Americana awards did amount to a big breakthrough for a performer who’s still slowly crawling his way to the surface. Introduced by Rodney Crowell - who noted that his career began by busking in the New York City subway system - Crockett came across like Hank Williams incarnate; a humble singer of the vintage variety who, in the words of Bruce Robison, possesses “a fresh voice” that makes his music “feel so new again”. 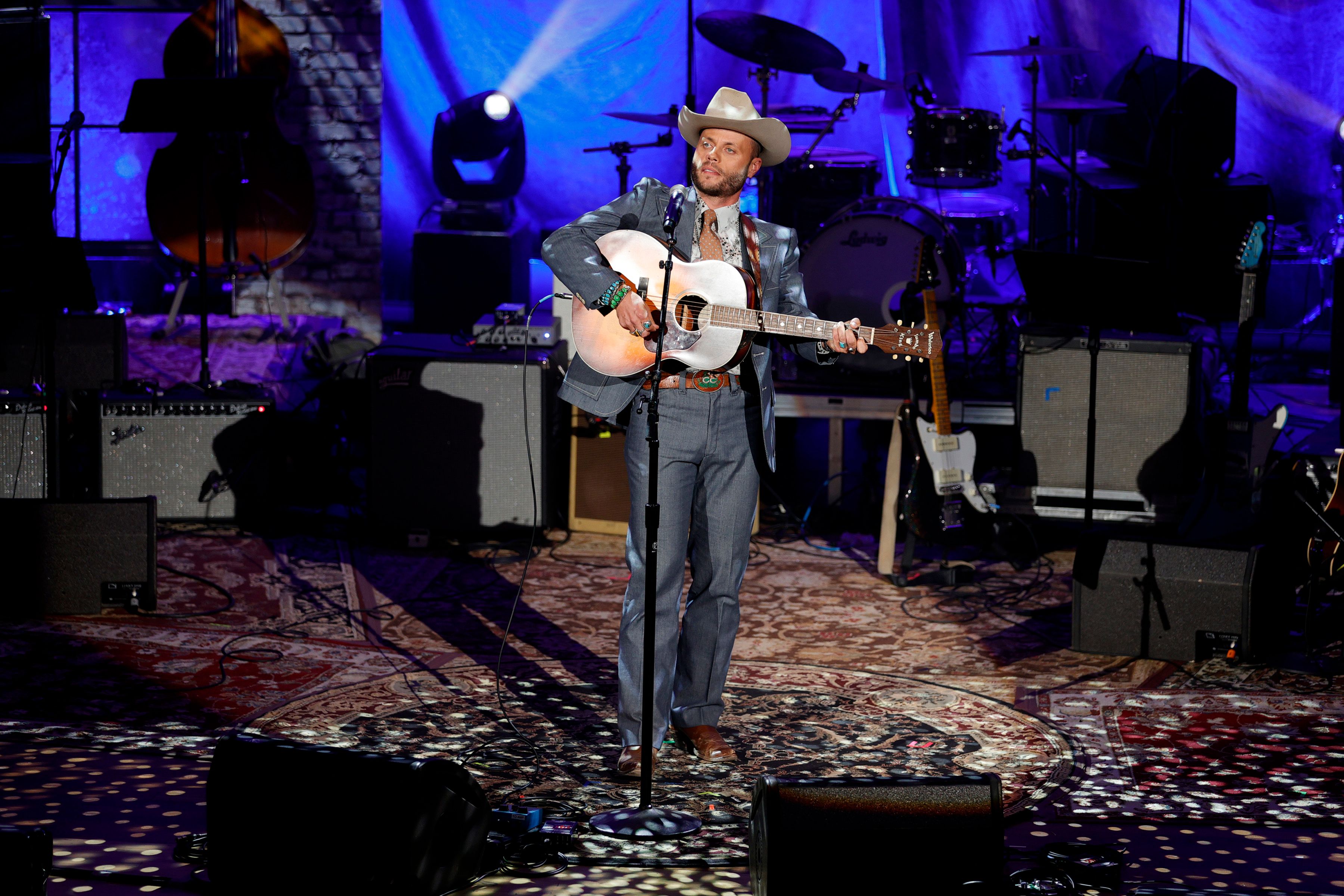 Allison Russell has come a long way in the space of only a single solo album, but her tenure in Birds of Chicago gave her a platform from which to grow. Warmly embraced by the Americana community, her soulful vocals, assured presence and clear commitment to the cause further attest to the fact that women and people of color more than deserve to be elevated within these rich musical realms. 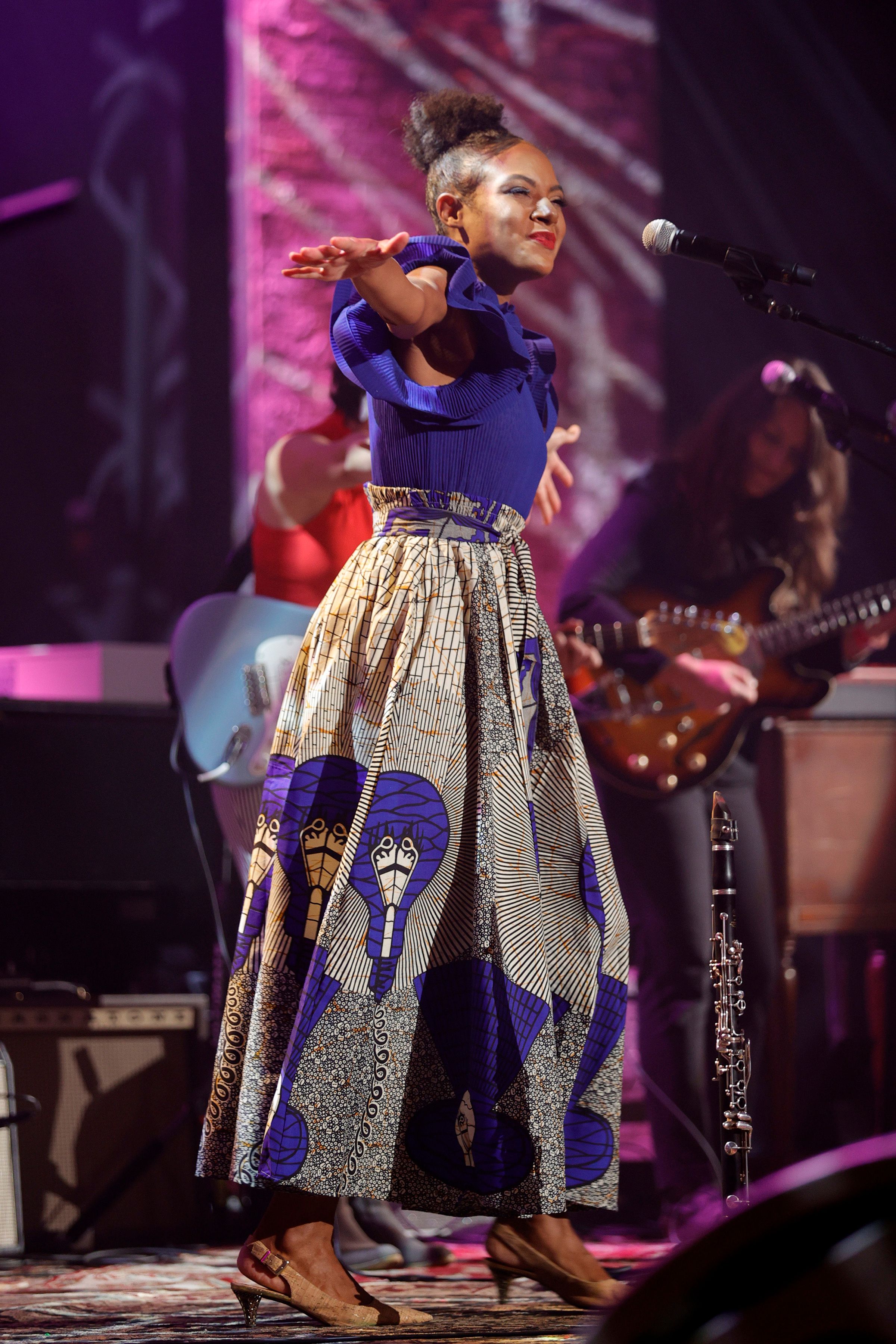 Roanoke aren’t a new outfit in the strictest sense. But, given the fact that the Nashville-based band — fronted by the strikingly charismatic couple Joey Beesley and Taylor Dupuis — were forced to reshuffle its line-up due to the pandemic, they are, in effect, reborn - not only a with new line-up but a striking new sound as well. The male-female dynamic of Fleetwood Mac and Jefferson Starship serves as a template for the band’s emphatic, rock-solid style. Consequently, their Saturday night performance at the Mercy Lounge was flush with newfound energy and exuberance while providing a welcome revival.

Afton Wolfe and his eight-piece band offered a combination of gruff, Tom Waites-esque resonance and an imaginative approach to their structure; adding fiddle and clarinet added to the standard instrumental regalia. Their youthful, anything-goes attitude was evoked throughout their Thursday night performance, reaching its peak with ‘Dirty Girl’, a thumping, blues bash where Wolfe’s gritty vocals could share some of its dark designs. It’s an enticing invitation to party heartily in the Big Easy.

Pete Muller and The Kindred Souls

Given their four-part harmonies, Pete Muller and The Kindred Souls lived up to their handle with a robust performance at the City Winery. Sharing a series of upbeat and effusive tunes embossed by keyboards, guitar, fiddle and percussion, the group’s vibrant delivery was clearly imbued with populist precepts. Muller himself is the child of immigrant parents and throughout his career, he became deeply involved with educational outreach. Such sincerity shines through.

Lady Couch distinguish themselves with a classic blend of Southern rock, sweeping soul and robust revelry. Fronted by singers Allen Thompson and Keisha Bailey, they bring to mind such archival entities as Delaney and Bonnie and Joe Cocker’s Mad Dogs and Englishmen, with an additional dollop of Little Feat. “We’ve been given a 20 minute set,” Thompson told the crowd during their all-too-brief showcase. “Our songs alone are 20 minutes long. It generally takes us an hour and a half to get into a groove.” Nevertheless, they still succeeded admirably.

The Whitmore Sisters — Eleanor and Bonnie — aren’t newcomers on their own, but are making their debut here as a duo. Multi-instrumentalist Eleanor, who with her husband Chris are known for their work as the Mastersons, also serves in Steve Earle’s backing band. Meanwhile, Bonnie has worked regularly as a solo artist. When they’re together, however, their sisterly harmonies add a sweetly assured, down-home sound that rings with immediate appeal. The Mastersons connection came full circle here, with Chris providing guitar for the sisters’ set before Bonnie joined Eleanor and Chris for their own performance. Clearly, the talent is all in the family.

Kevin Daniel is a veritable road warrior, a singer/songwriter whose clearly confident onstage and off. His latest album, Been Here Before, belies his relative youth, while still managing to affirm his assurance and authority. His songs are ruggedly authentic and reflect his road-tested troubadour mentality. With his trademark fedora in place and a personable presence to boot, he managed to have the crowd in his corner, ready to both rock and reflect. Suffice it to say, Kevin’s a cool one.

The Hogslop String Band, as their name implies, could be the weirdest and wackiest bluegrass band on the scene today. Both punks and purists, they lit up the stage at 3rd and Lindsley with a manic performance that teetered on the verge of absolute pandemonium. Singer and fiddle player Kevin Martin’s tender, high-pitched vocals run head-on into the irreverent attitude of guitarist Gabriel Kelley and the out-of-control chaos of upright bassist “Pickle”. Guitarist/mandolin player Will Harrison and banjo player Daniel Binkley somehow manage to keep the music intact, but entertainment is the operative word here.

Aptly dubbed The Wild West, the six women involved — Tawny Ellis, Pi Jacobs, Heather Anne Lomax, Amilia K. Spicer, Deb Morrison and Manda Mosher — can all claim storied solo careers. However, it’s their new union that makes an immediate and indelible impression. They offered an impressive performance boasting no shortage of verve and variety - it would be hard to find a combo with a greater degree of talent or tenacity. Clearly, this bunch is ready to rumble.

Photography from Americana Honors and Awards courtesy of Getty Images.