What do you think of when you hear “Memphis, Tennessee?” Perhaps you think of the home of Elvis Presley, or maybe the Beale Street Blues springs to mind, or that it’s the birthplace of Rock n Roll. You’d be correct with all three, but what do they all have in common? Sun Studio, one of the World’s most iconic recording studios which has given life to a plethora of iconic songs from a range of different genres.

Since it first opened its doors, Sun Studio has launched the careers of music greats such as Johnny Cash, Elvis Presley and Roy Orbison, just to name a few. Like all businesses, it’s had its ups and downs over its tenure, but its eventual success had a monumental impact on the progression of Blues, Rock n Roll, Country Music and popular music as a whole. It is now a must-see tourist attraction for music lovers from all around the World.

As it celebrates its 71st Birthday, here's A Guide to the defining moments and songs of Sun Studio.

Sam Phillips was a DJ and Radio Engineer in Muscle Shoals, Alabama who dreamed of becoming a record producer and owning his own studio and label. On January 3rd 1950, this dream became a reality as Sam opened what was then known as The Memphis Recording Service at 706 Union Avenue, along with his friend and assistant Marion Keisker. As he tried to generate revenue, Sam would record anything from weddings and funerals to conventions and choirs. He had an open door policy with the slogan “We Record Anything, Anywhere, Anytime” For just $3.25 anyone could walk in off the street and make a record. 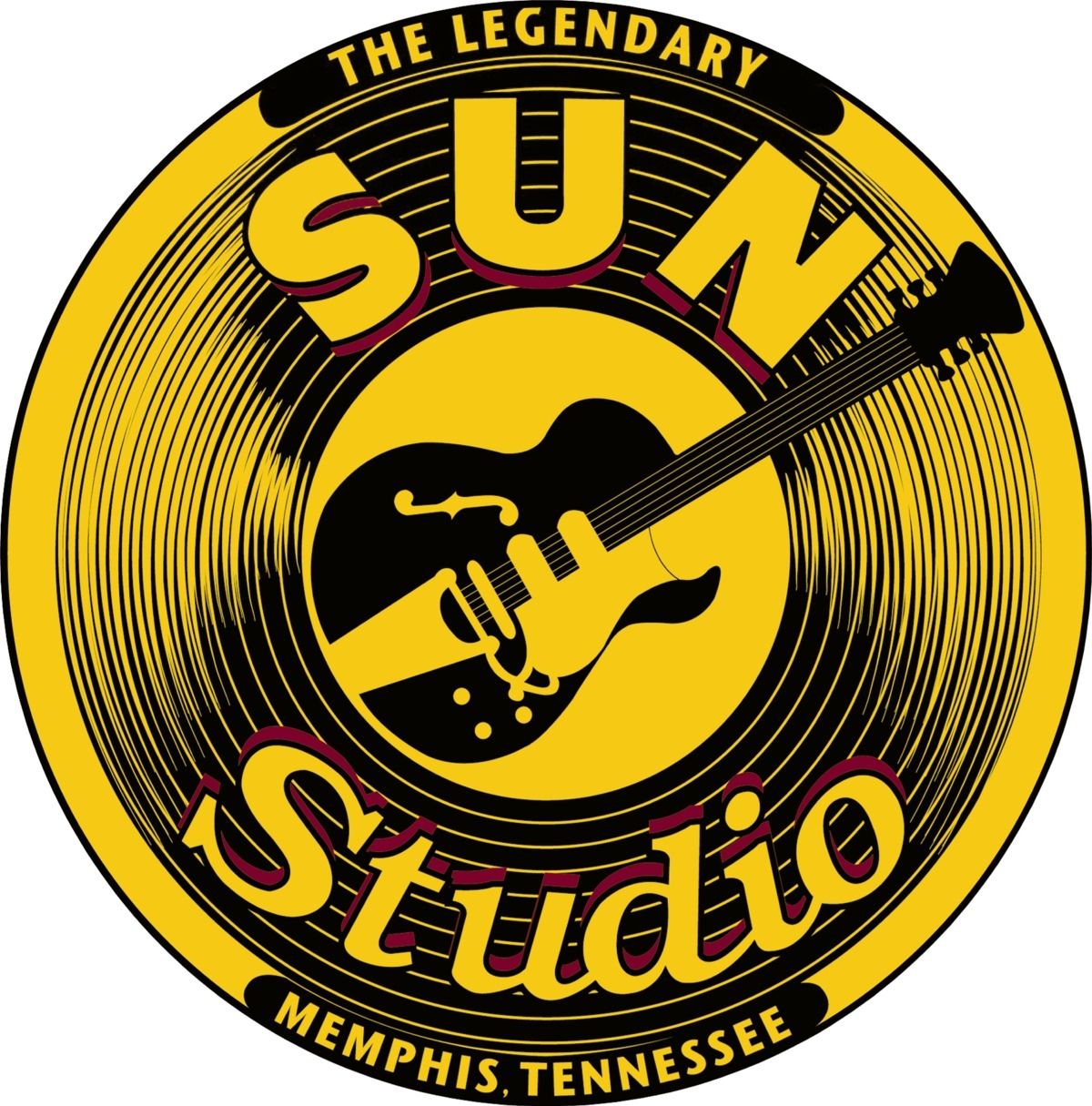 The first record label Phillips owned was with with friend and fellow Radio DJ Dewey Phillips, called Phillips Records. It unfortunately folded after releasing just one single; ‘Boogie in the Park’ by Joe Hill Louis, having sold less than 400 copies. He focused on recording demos and master tapes for bigger labels, such as Chess Records and Modern Records. Amongst these early recordings were Blues songs by Howlin' Wolf and B. B. King, including his single ‘Mistreated Woman’, released September 1950.

Jackie Brenston and his Delta Cats (who turned out to be Ike Turner and his Kings of Rhythm) recorded ‘Rocket 88’ at Sun Studio in 1951, whilst Sam Phillips was recording for Chess Records. It is commonly referred to as the first Rock n Roll song due to it’s unique fuzzy sound. Some say it was Phillip’s creativity that lead to this sound, whilst others claim it was all down to a broken amplifier that Sam stuffed with newspapers, so perhaps it was a bit of both. Ike Turner went on to become a talent scout for Modern Records and Sun, while spending a lot of time on Beale Street listening to the latest Blues artists. ‘Rocket 88’ would go on to top the Billboard R&B chart.

The success of ‘Rocket 88’ meant Phillips had the funds to once again attempt to launch his own label - Sun Records. In 1952, it launched with the release of Johnny London’s ‘Drivin Slow’. Though the label started out recording African-American artists and bringing their music to white audiences, Sun made a name for itself nurturing talent - launching the careers of such greats as Roy Orbison, Charlie Rich, Jerry Lee Lewis, Carl Perkins, Elvis Presley and Johnny Cash, just to name a few.

Sun Records, like Sam’s previous labels, was failing. Sam travelled thousand of miles across the Country to try and promote his artists but he was losing money and turning to alcohol. In 1953, Sun finally made a breakthrough with its first big hit, Rufus Thomas ‘Bear Cat’. Yet it wouldn’t be roses from there for the label - ‘Bear Cat’ struck such a similarity to Mama Thornton’s ‘Hound Dog’ that a copyright infringement lawsuit ensued, almost bankrupting the record label again and forcing Phillips into a deal he would later come to regret.

In 1953, five African-American singers were inmates serving time in the Tennessee State Penitentiary in Nashville, for a range of crimes from Rape to Murder, Larceny to Involuntary Manslaughter. They were overheard singing by a radio producer, who was by chance at the prison to do an unrelated news segment. He arranged for this group, The Prisonaires, to perform on the radio. They were brought to the attention of Sam Phillips, who had them escorted by armed guards to Sun Studio, where they recorded their original song ‘Just Walkin’ in the Rain’. It went on to sell 250,000 copies and they frequently were let out on day release to tour Tennessee. The song would later become an even bigger hit for Johnnie Ray. An article about the group’s success, published by the Memphis Press-Scimitar, is thought to be what influenced a certain future king to seek out Sun studio.

In 1953, an eighteen-year-old Elvis Presley walked into Sun Studio, hoping to record a song for his Mother as a present and to even possibly be discovered. When Marion Keisker asked him what he sang, he replied “All kinds”, when she pressed further, asking who he sounded like, he said “I don’t sound like nobody”. Since Phillips wasn’t in the studio at the time, it was Keisker who first recorded Elvis, and it would be a whole year before Presley would make a breakthrough at Sun. It was July 5th 1954, when Presley along with two musicians Sam had invited along, Bill Black and Scotty Moore had had a rather unfruitful session. The song Sam had chosen, Elvis could not do justice. As they were about to pack up and leave Presley took his guitar and began playing ‘That’s All Right’. The two musicians quickly picked up their instruments and joined in with him. Sam quickly told them to back up and start again. This was the sound he’d been looking for. Three days later, Dewey Phillips played it on his radio show, it proved that popular with listeners that he played it continuously for the last two hours of his show.

Phillips, nearing bankruptcy due to the copyright infringement surrounding Rufus Thomas’ ‘Bear Cat’ and having his hand forced by Elvis’ manager Colonel Tom Parker, reluctantly sold Presley’s contract to RCA for $35,000, an amount unheard of at the time. The money would help Sam re-build the label, propelling it’s current artists, which by now included Roy Orbison and Jerry Lee Lewis, to fame. Johnny Cash recorded his debut ‘Cry! Cry! Cry!’ in 1955, reaching No.15 on the Country charts, before ‘Folsom Prison Blues’ entered the top five later that year. However, it was in 1956 that Cash really cemented himself in the Country music community. ‘I Walk the Line’ reached No.1 in the charts, helping Cash to bag his first appearance at the Grand Ole Opry. Cash would become the first artist to release a full-length album on Sun Records.

December 4th 1956 is a date etched into the history of popular music. An impromptu jam session at Sun Studio lead to one of the most famous collaborations ever documented. The sequence of events that happened on that day is disputed by those that were there, but it goes something like this. Carl Perkins, who had had success with his song ‘Blue Suede Shoes’, had come to the studio with his band to record some new material. Sam Phillips invited Jerry Lee Lewis, who wasn’t well known outside of Memphis at the time, on the same day that Elvis and Johnny Cash decided to drop in. Sam Phillips, seeing a publicity opportunity, called in members of the press. The next day, an article entitled The Million Dollar Quartet was published in the Memphis Press-Scimitar, alongside the famous photo of Elvis at the piano surrounded by Lewis, Perkins and Cash. The recordings themselves wouldn’t be released until 1981.

The decline of Sun”

Phillips would move Sun to a larger premises in 1959, but by the mid-1960s he had lost interest, instead wishing to focus on his work in Radio. He set up a number of stations throughout the 1950s and 1960s including WHER - America’s first all-female radio station. 706 Union Avenue belonged to a plumbing company, was an auto-parts store and even a Scuba shop while the label worked out its new premises until 1968, when it released its final record, Load of Mischief's 'Back In My Arms Again / I'm A Lover'.

The site at 706 Union Avenue would reopen in 1987, as a recording studio and tourist attraction. By day, you can tour the museum and studio where so much music history was created while recording your very own track by night, although it’ll cost you a little more than $3.25 today. Artists such as U2, Def Leppard, Elle King and Margo Price have all recorded at the famous studio since it’s re-opening. In fact, it is said Price and her husband pawned most of their possessions to raise the funds to record her debut album in such a revered and legendary studio. It was a gamble that would certainly pay off.