Martina McBride has been winning over audiences with her soprano vocal range and blend of country-pop for 30 years now, scoring several no.1 hits and numerous award nominations - including 14 Grammys - along the way. She has sold over 14 million albums in the US alone, and is lauded as a global superstar of the genre. A four-time winner of the CMA Female Vocalist of the Year, McBride’s powerful voice has made her a staple gem within country music – an artist that can take a good song and make it great.

In 2002, McBride and her husband John founded Blackbird Studios in Nashville. Initially a space for her to record albums close to her family, there are now nine studios and houses attached to the complex, the pair having established an academy for budding producers and engineers to hone their skills. It has become one of Nashville’s premier recording studios, with many top artists from a range of different genres regularly recording there. It’s one of many examples of McBride’s influence on the genre and music as a whole – something that is being celebrated with her new Country Music Hall of Fame exhibition Martina McBride: The Power of her voice, which opens this Friday (7/30).

As she celebrates her 55th Birthday and 30 years on the country music scene, we look back through her catalogue and remind ourselves of some of the classics she has released over the years. Disclaimer - you may need the tissues when listening to some of these! 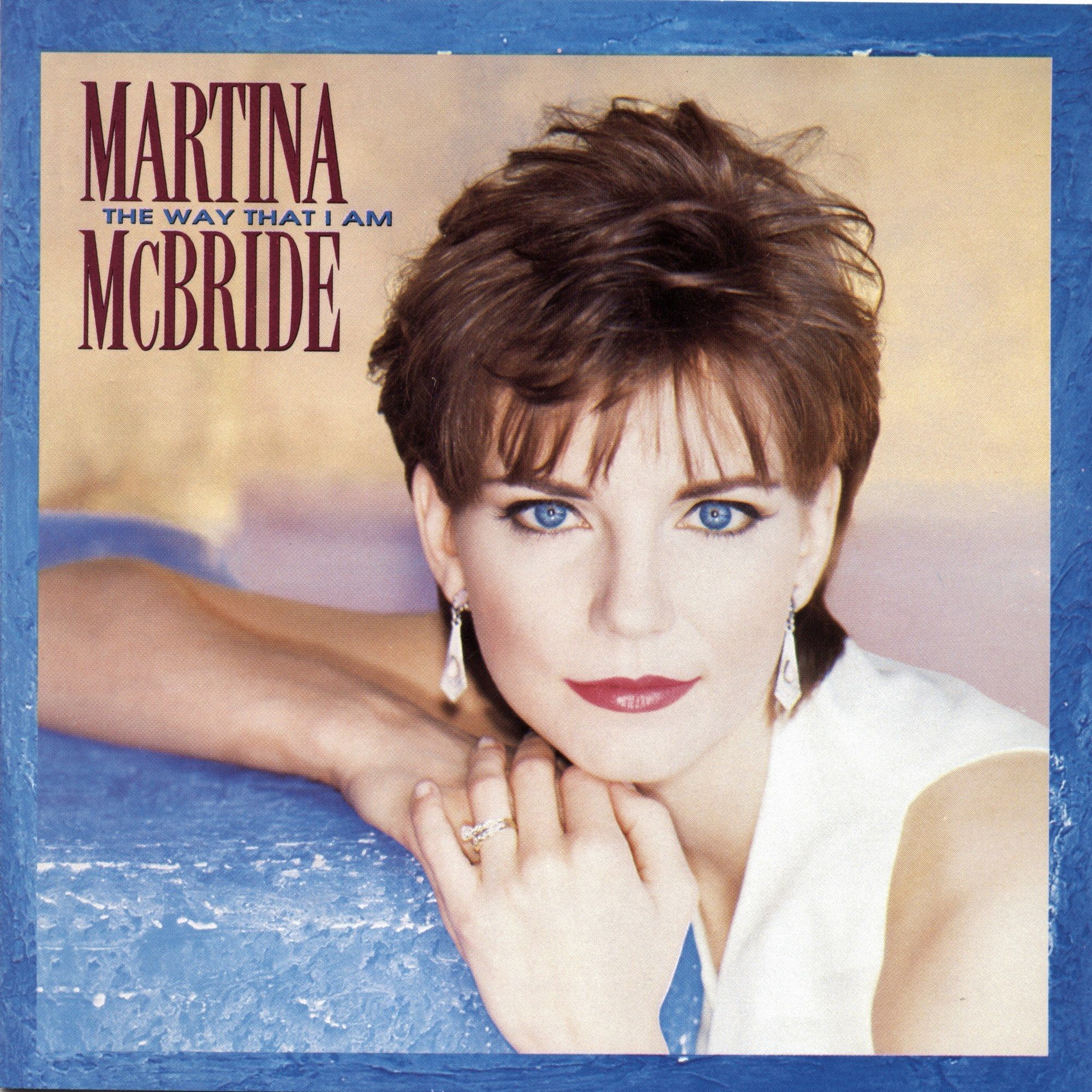 My Baby Loves Me

Gretchen Peters penned this no.2 hit from 1993 - only kept off the top by Garth Brooks’ ‘American Honky-Tonk Bar Association’. Originally recorded by Patricia Conroy in 1992, McBride took it and made it her own, adding some slide guitar and six-string bass riffs – despite the concerns of the bassist that played them!

Nevertheless, McBride’s version was a breakthrough hit for the singer. The sentiment of the song focuses on what everyone aspires to have from a relationship – love that’s full of positivity and carefree charm. “He thinks I'm pretty he thinks I'm smart / He likes my nerve and he loves my heart / He’s always sayin' he's my biggest fan / My baby loves me just the way that I am”. 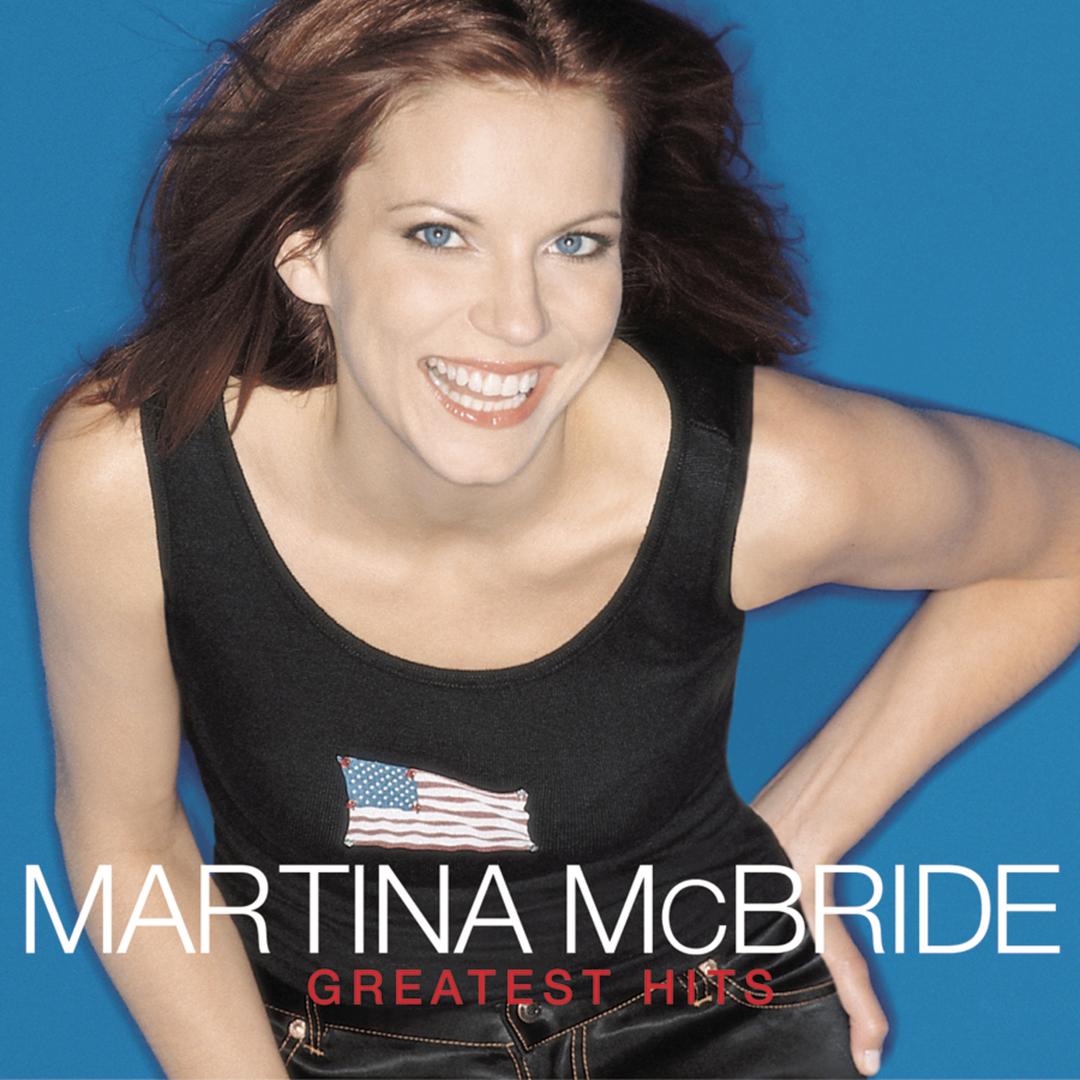 This must be one of the saddest country songs of all time. What’s wonderful about artists like McBride - and indeed the writers who write these songs - is that they don’t shy away from the hard-hitting subject matters; addressing them in a way that makes the wider audience think about such issues within society.

‘Concrete Angel’ tackles the issue of child abuse, evoking a tragic ending that brings the listener to tears. Not content with just making you think about the issues, McBride is actively involved with domestic violence charities and spent her career raising money and awareness, giving this song’s statement even further weight. 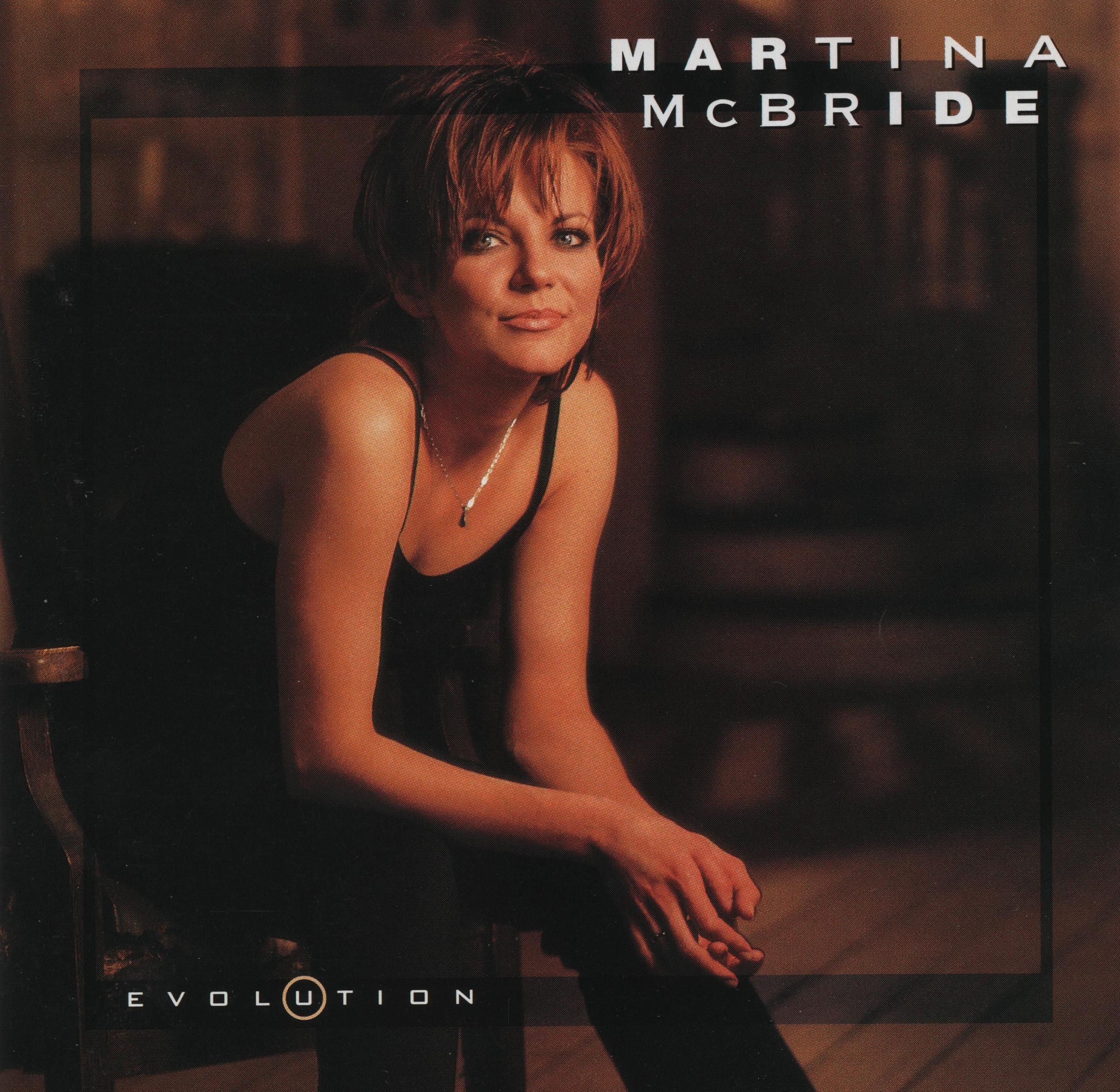 The stripped-back ‘Wrong Again’ allows us hear a more delicate side to McBride; the vulnerability of her vocal burning away as the song progresses.

The lyrics of this 1998 hit, written by Cynthia Weil and Tommy Lee James, are punctuated by the lush sounds of the pedal steel, forming a beautifully crafted song.

The song featured on McBride’s fourth album Evolution – a release that signalled her move away from the neo-traditional sounds of her previous releases into more country-pop territory.

The song went to no.1, whilst the album was her highest-charting at the time - peaking at no.4. Evolution remains one of her best records – one that helped to define her sound.

There’s a lot to love about this song: the backing vocals, the passion McBride evokes as she belts out the chorus and the beautiful music video, which features her husband and daughters.

The song, written by Hillary Lindsey, Troy Verges and Brett James, wants you to count your blessings - so it’s fitting that a song involving her family in such a way would top the country charts. 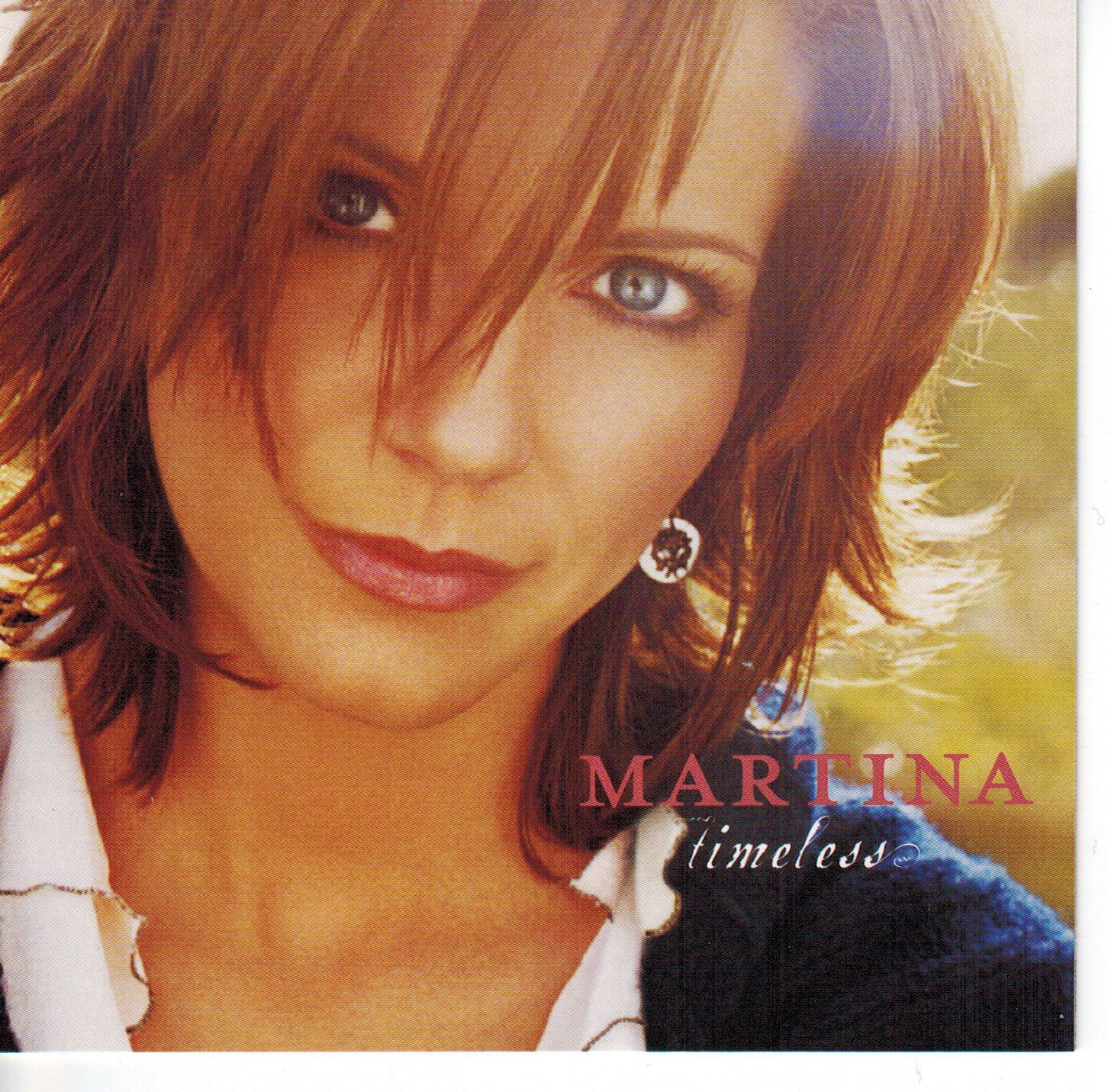 I Still Miss Someone

This timeless classic was first released by Johnny Cash in 1958. McBride recorded it as a duet with Dolly Parton for her 2005 album ‘Timeless’ - a record, as the title suggests, full of classic country songs. McBride and Parton’s rendition of the nostalgic love tune honours the original with its production; the pair’s vocals complimenting each other beautifully. Matraca Berg and Gary Harrison co-wrote this chart-topper with Harry Stinson of Marty Stuart’s Fabulous Superlatives. The 1995 hit is an upbeat country-pop number that can't help but get stuck in your head. McBride’s first no.1 on the country charts, you can actually hear her daughter Delaney laughing in the intro - only adding to its sweetness (she was just a baby at the time)! 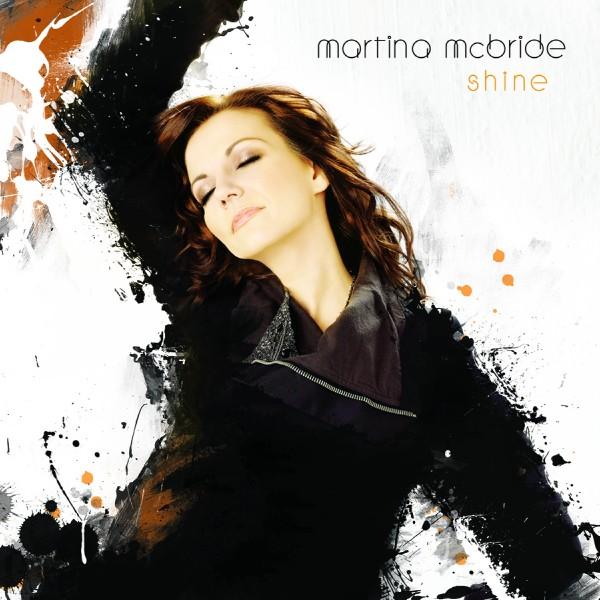 I Just Call You Mine

McBride’s soprano vocal range really gives life to this mid-tempo love song, as she lists all the things other people call her man before concluding, "I just call you mine". It only reached No.18 on the Hot Country Songs chart, but in some ways, it was a breath of fresh air; a light-hearted, uplifting track within a catalogue that often addresses difficult subjects, this song oozes positivity and love.

Is there a more beautiful sound than a gospel choir? Supported by the backing vocalists, the powerhouse doesn’t hold back in her own performance as she belts out the title. 'A Broken Wing' became McBride’s second no.1 on the Hot Country Songs chart - while the video was nominated for Music Video of the Year at the CMA’s, eventually losing to Faith Hill’s ‘This Kiss’. 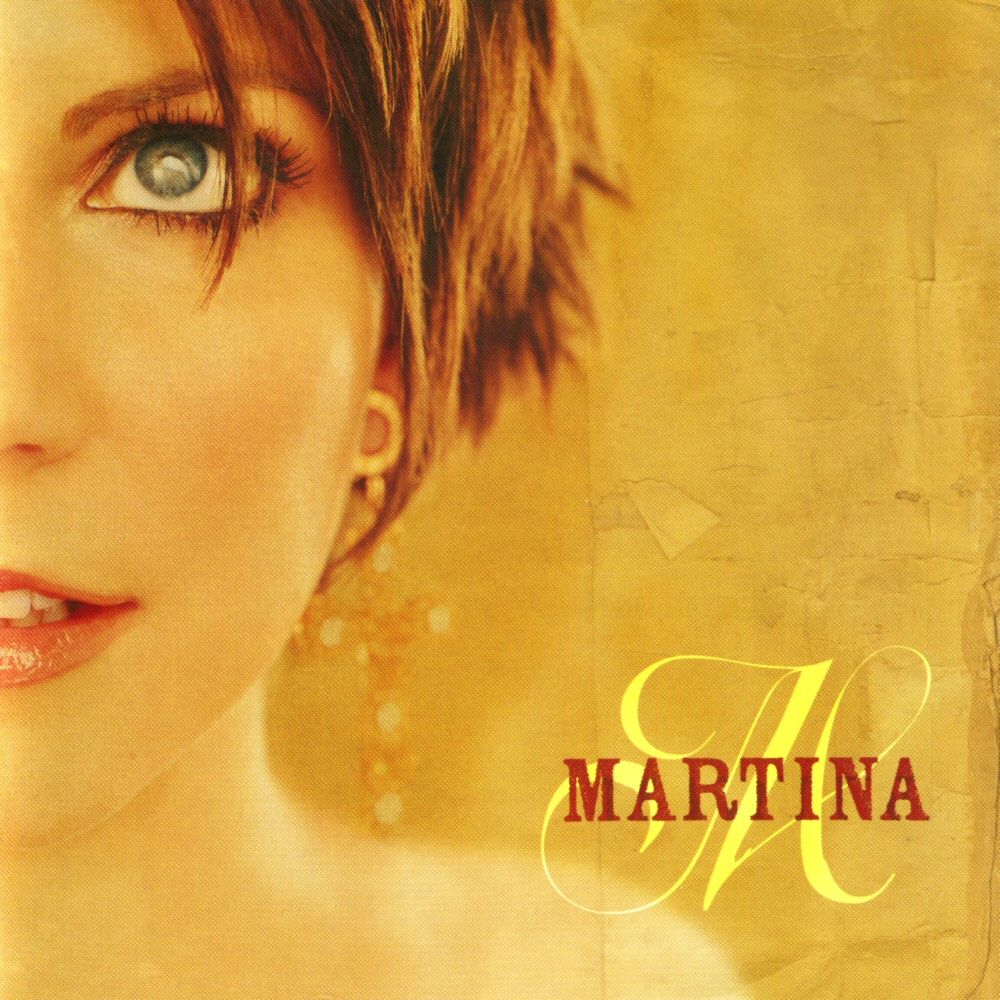 In My Daughter's Eyes

'In My Daughter's Eyes' progresses through a mother's life, from her daughter being small - "when she wraps her hand around my finger" - to her not being around anymore - "And though she'll grow and someday leave / Maybe raise a family / When I'm gone I hope you'll see / How happy she made me".

This has to be one of the most beautiful tributes from a mother to her daughter; the delicate string arrangement really allowing the piano ballad to soar to new heights.

The sheer power of McBride’s vocals on this mid-90s tune truly demonstrates why she is a four-time recipient of the CMA Female Vocalist of the Year Award.

The 1995 CMA Song of the Year was written by fellow country artist Gretchen Peters and addresses domestic violence. Despite never reaching the top 10 on the country charts, the song often appears in lists of the greatest country songs of all time.

It's rumoured that Reba McEntire was offered the song first but turned it down - it's since certainly become somewhat of a signature tune for McBride.

The Best The Chicks Songs