More than 30 years into his career, Keith Urban is part of an elite group of country stars. With 21 career no.1s on country radio, the veteran singer/songwriter is among the ranks of some of the genre’s greats, from Willie Nelson to Dolly Parton.

Choosing the best songs by an artist so prolific is not easy — especially someone like Urban, who has continued to deliver hit after hit thanks to his knack for infectious melodies and sincere lyrics.

Nonetheless, we’ve managed to come up with a list that encompasses all that Urban has offered from the beginning: tracks that capture your heart and your ears from the jump, whether they’re uptempo jams, gut-wrenching ballads, or swoon-worthy love songs.

Dive into some of the Australian superstar’s best work below. 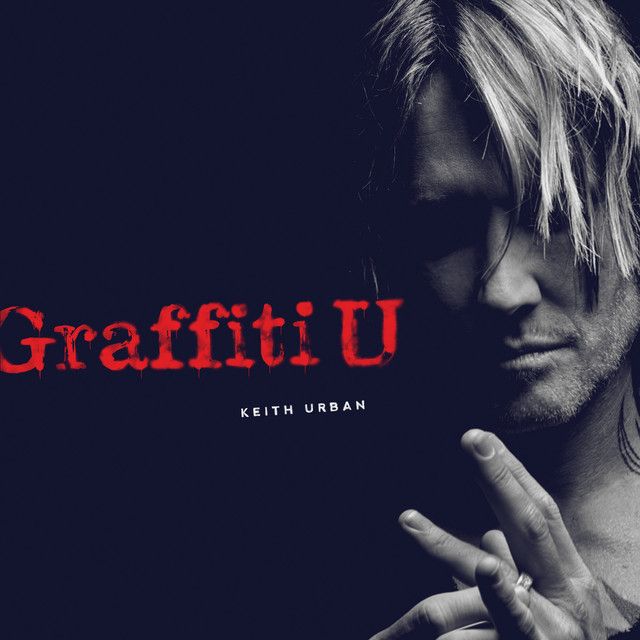 Sure, Urban has plenty of songs that’ll make you move your hips, but 'Never Comin Down' may be the biggest boot-stomper in his entire catalogue. With a thumping beat, anthemic chorus, and Shy Carter-assisted bridge that literally asks you to “dance, baby,” the Graffiti U track is about as fun as they come. 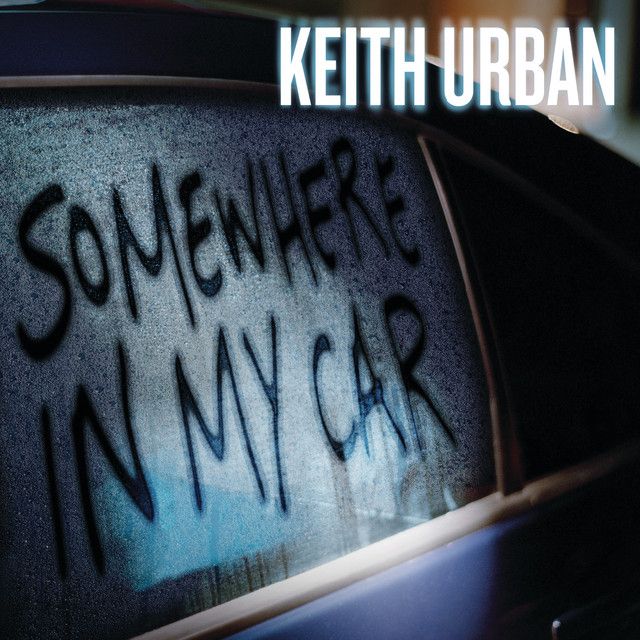 Somewhere In My Car

Who would’ve ever thought that a country breakup song could be steamy? Apparently, Keith Urban.

His provocative Fuse single mourns the end of a relationship by looking back on some hot-and-heavy hookups that were had, well, somewhere in his car. It’s one of his most vivid songs to date, detailing the passion that is felt in the most intimate of moments between two lovers — even if it only once was. 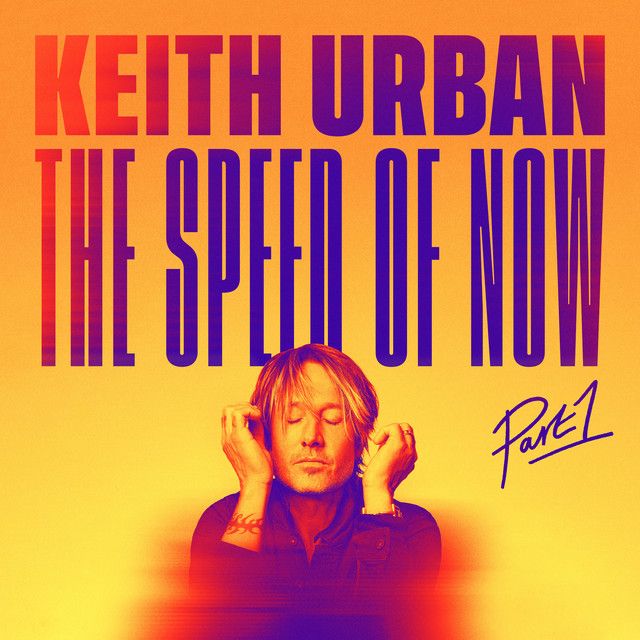 At only two minutes and 36 seconds, 'Soul Food' is one of the shortest songs in Urban’s entire discography. But that doesn’t make it any less impactful, as its punchy production and impressive vocal showcase keep listeners engaged the entire time.

Those who listen closely may notice that the rolling rhythm is reminiscent of Urban’s 2009 smash 'Kiss a Girl'. Whether or not that was intentional, it made the song a perfect mixture of forward-thinking and classic Keith. 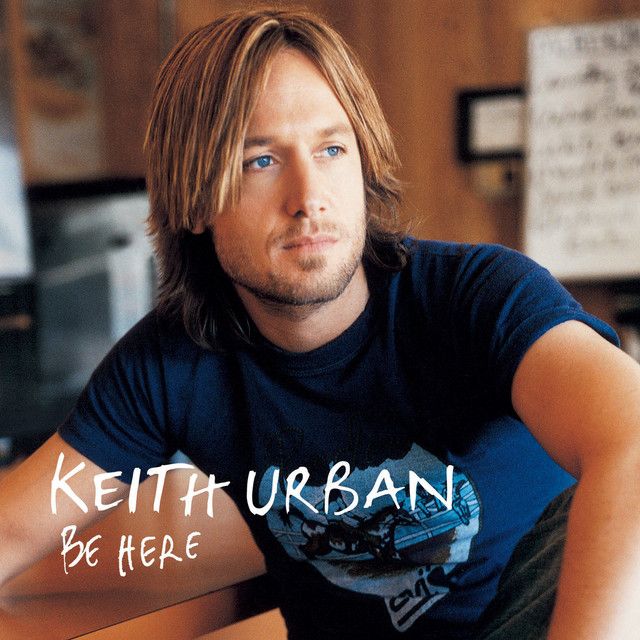 On the complete opposite end of heartbreak from the racy 'Somewhere In My Car', 'Tonight I Wanna Cry' sees Urban delivering a heartbroken sentiment in vulnerable fashion. With just a piano backing his despaired voice, his pain is almost tangible as he admits that - despite being someone who never lets his feelings show - he’s so torn up he may just shed a tear.

Even if the singer may no longer relate to the song’s narrative (he’s been happily married to actress Nicole Kidman since 2006), it remains one of Urban’s most powerful vocal performances to date. 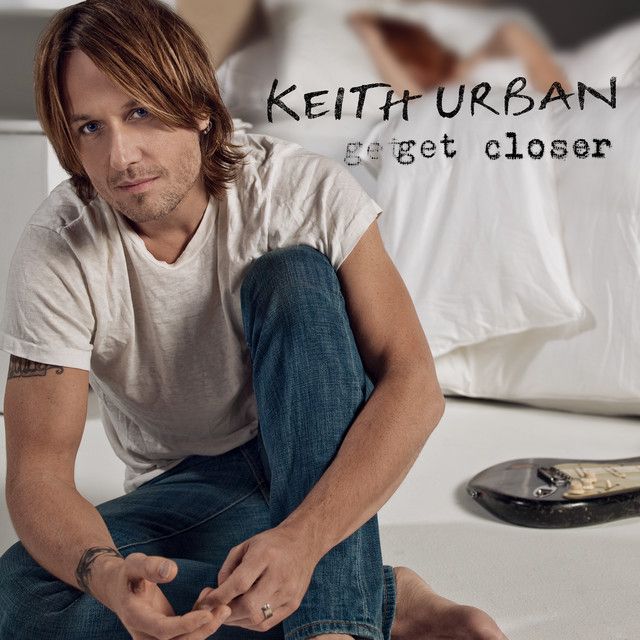 One of Urban’s many feel-good tracks, 'Long Hot Summer' is also one of his friskiest.

In this racing track he fantasizes about a potential summer romance, envisioning his love interest kicking her feet up on his dashboard, singing along to the radio, and holding his hand. Backed by a burning guitar line, it’s the sonic depiction of a carefree bliss that many long for – especially when the weather gets warm. 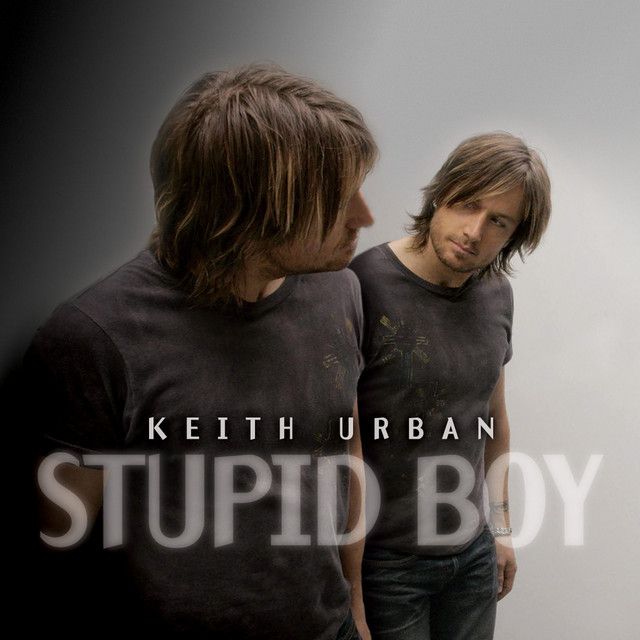 Urban taken a wide variety of approaches to breakups in his songs, but 'Stupid Boy' may be his most poignant. Its lyrics reprimand men for being foolish when it comes to love, often causing irreparable pain to, as Urban puts it in the bridge, “the only thing that ever made you feel alive.”

Originally a track written and recorded by country singer/songwriter Sarah Buxton, the affecting song takes on a whole new meaning with a male voice. It also marked one of Urban’s most critically acclaimed moments, earning the star his second Grammy for Best Male Country Vocal Performance in 2008. 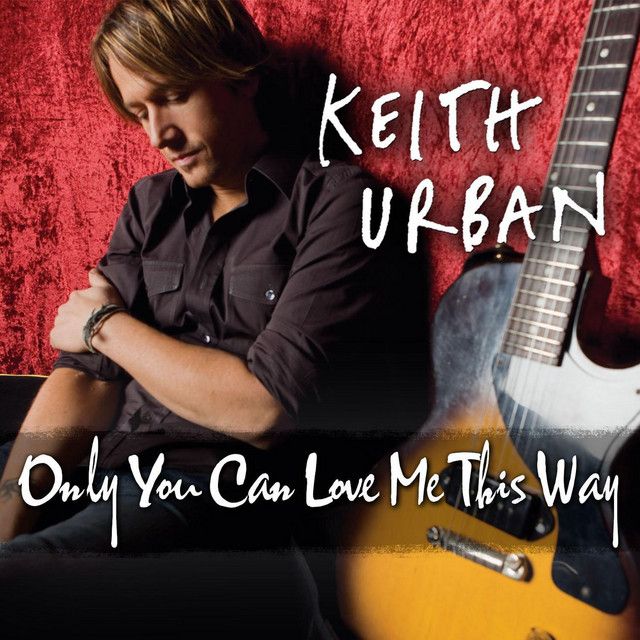 Only You Can Love Me This Way

Love songs may be Urban’s specialty, but there’s none quite as first-dance ready (or swoon-worthy) as 'Only You Can Love Me This Way'. Kevin Jonas of the Jonas Brothers even chose the ballad for his first dance.

The song’s swaying chorus sees Urban confessing his undying love by declaring “there's no one that comes close to you / could ever take your place” before delivering the titular line. Between the tender acoustic guitar riff, heartfelt sentiments, and Urban’s warm delivery, it’s the kind of ballad that makes you want a love that deep. 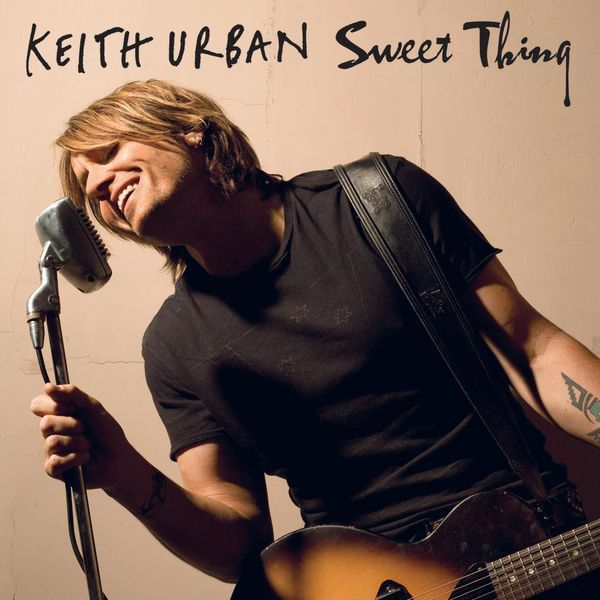 Anyone who experienced young love may relate to the innocent vignettes in 'Sweet Thing'; from kissing on the porch swing to sneaking out the window for a midnight smooch.

Along with the nostalgia, what makes the Defying Gravity single so special is that it’s passionate Mr. Urban in his truest form. As he suggested to the Daily Telegraph newspaper upon the song’s 2008 release, the lighthearted track reminds the singer of the romantic he is himself, and the importance of sweet gestures — whether it’s on the first date or 600th.

"I think at the end of the day that we shouldn't stop trying to give more and more and be everything for that person you love,” he said. “That is imperative for keeping romance alive.”

Put You In A Song

Another creative take on a storyline that’s not quite as upbeat as it sounds, 'Put You In a Song' tells the story of a guy pining for a woman who is out of his league (“You don't notice me but it's alright / I'm just a guy who wishes that I could be your man someday,” he sings in the song’s first verse).

Instead of letting it get him down, he imagines a way to get the dream girl after all: putting her in a song that he can put on repeat. We’ll admit that in theory, it all sounds a little creepy. But Urban’s jovial vocals, along with a bouncy melody, make the track an unforgettable jam. 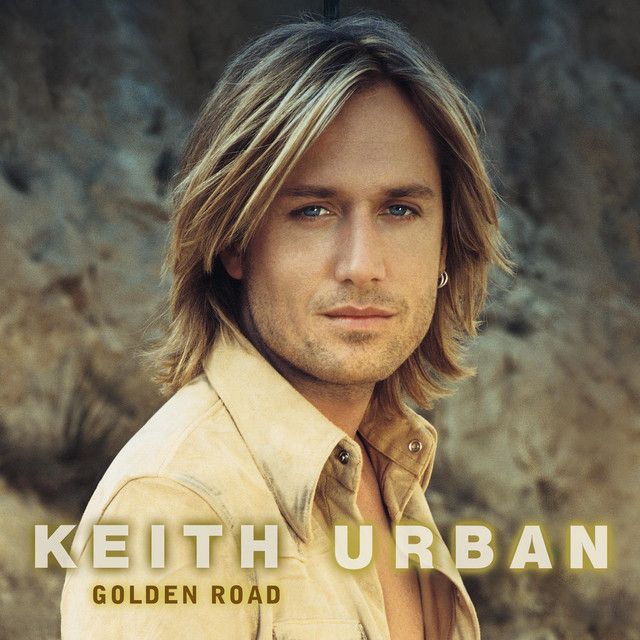 You Look Good In My Shirt

While the story of bad-for-me love is a tale as old as time, Urban put a frisky twist on the narrative with his Golden Road hit. The first verse playfully illustrates that the song’s subject is “caught up real fast” in fatefully reuniting, which is how the ex wound up in his shirt the next morning. Like he says in the chorus, he’s not sure how long the rekindled flame will burn — the only thing he’s concerned about, though, is acknowledging how good she looks.

Both the title and gritty uptempo rhythm may be deceiving, but at its core, 'You Look Good In My Shirt' is a breakup song. And that’s what makes it a Keith classic. 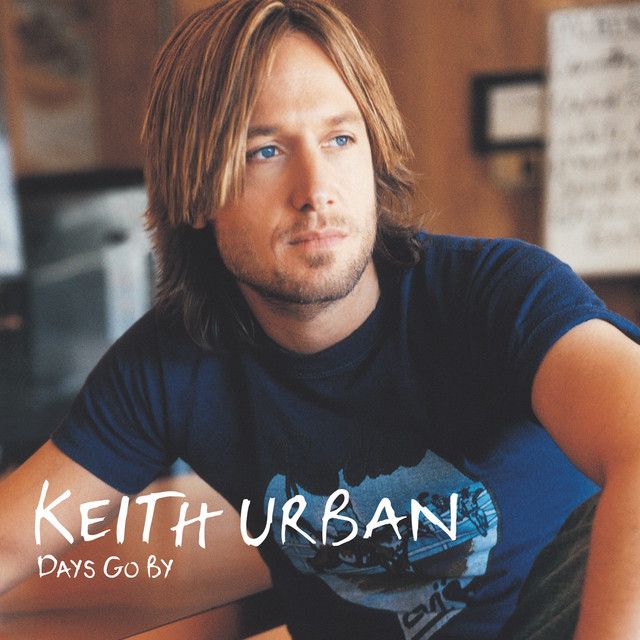 Urban and one of his go-to songwriting partners, Monty Powell, scored their fifth No. 1 with 2004’s 'Days Go By', and for good reason: it’s simply a celebration of life.

The windows-down anthem acknowledges that, as the title insinuates, sometimes days fly by, and we need to seize every moment — a moving message most epitomized at the end of the bridge: “We talk about forever but we've only got today.”

Stamped by exuberant “woo-hoo” yelps and Urban’s trademark playful banjo, 'Days Go By' helped set the tone for the uplifting music that was yet to come from the star. 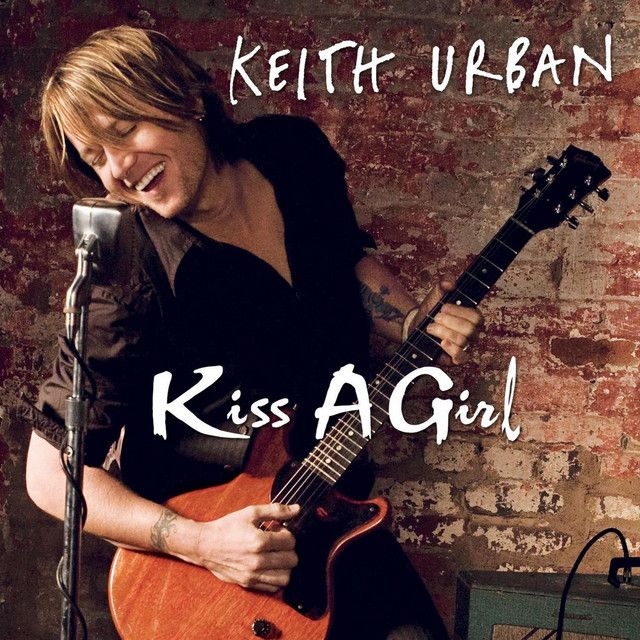 Surprisingly, 'Kiss a Girl' isn’t one of Urban’s many Number ones - a fact that’s even more shocking considering the 2009 single is his highest-charting Billboard Hot 100 hit to date (No. 16). But it doesn’t need chart accolades to be seen as one of Urban’s most iconic love songs.

In addition to one of his most recognizable riffs, the track features an undulating chorus that gets stuck in your head after just one listen. Released a few years after he married Nicole Kidman, it’s a prime example of the Keith Urban songs that make fans highly jealous that she gets to call such a passionate man hers. 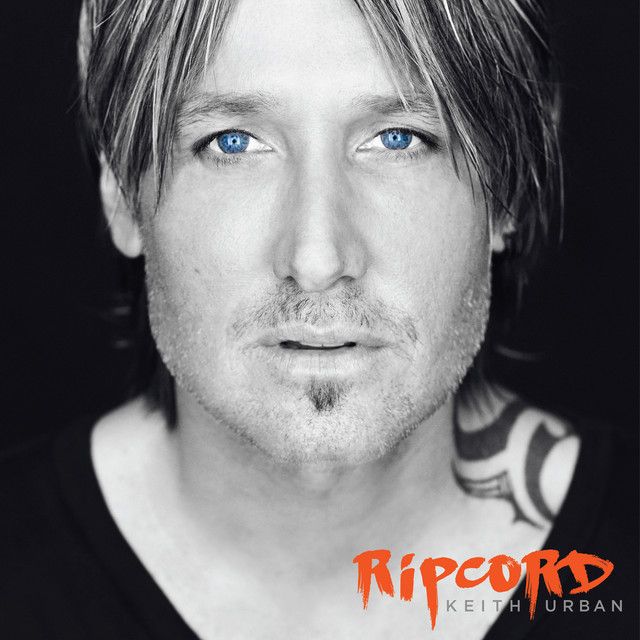 Urban didn’t have a hand in writing this one, but his soulful delivery - one of his most standout vocal performances of his career - makes it evident that the message of 'Blue Ain’t Your Color' resonated with the singer himself. Understandably so: The tune brilliantly turns the phrase “feeling blue” into a metaphorical way to tell a girl her man is doing her wrong.

Like its parent record, Ripcord, the song also sees Urban experimenting with balladry more than ever before. Contrasting old-school country blues with new-age instrumentation - bringing in a drum machine to emphasize its waltzing beat — and ultimately, leave a lasting impact. 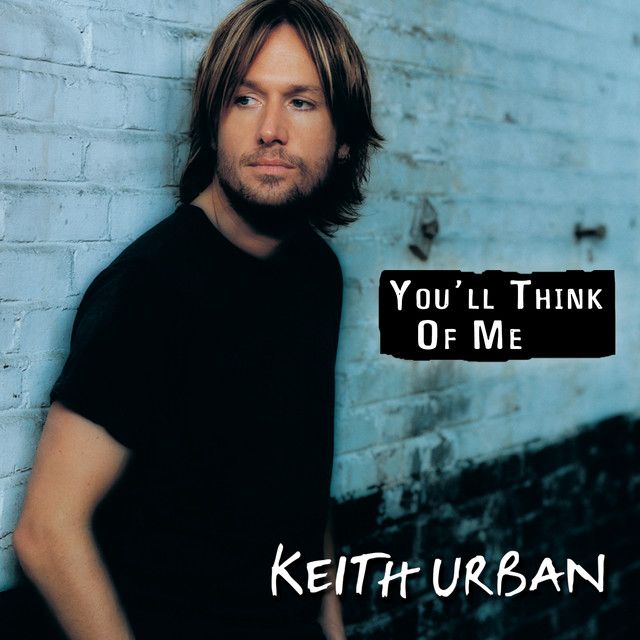 You'll Think Of Me

Heartbreak is a tried and true topic of country music, and 'You’ll Think Of Me' is Urban’s pinnacle piece of gut-wrenching work.

The melancholy track (which won Urban his first Grammy in 2006) wistfully mourns the end of a relationship, getting the last word in before closing the door for good. Though he was seemingly the one who had his heart broken, he reminds his former lover that once their pride eventually fades, he’ll be long moved on.

Clearly this pained tale is widely relatable, as the 2004 single became Urban’s first to cross over to Billboard’s Adult Contemporary chart. If you’ve ever felt heartache, you’ll feel this one. But it hurts so good. 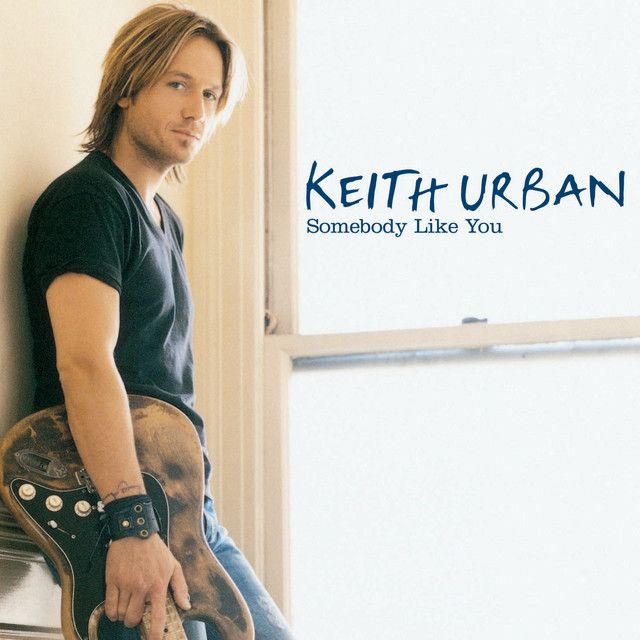 If there’s one thing Urban has proven across his 11 studio albums, it’s that he knows how to craft love songs that are as heartfelt as they are catchy. And if there’s one song in his catalogue to encapsulate that, it’s 'Somebody Like You'.

The lead single from his sophomore album, Golden Road - which turns 20 this year - the song served as Urban’s commercial introduction to two of his musical signatures, plucking banjo/guitar hooks and memorable melodies. Its buoyant uptempo production aligns with its love-struck lyrics, all brought together by the singer’s impassioned vocals.

While it wasn’t his first number one, 'Somebody Like You' showed the world that Keith Urban was a hitmaker - and he was here to stay.