Aww dads, aren’t they just the best? Well, not always. Sometimes they’re the absolute worst and they don’t stick around past your first birthday.

Country music has plenty of songs about those sorts of dads, but it has just as many about the best sorts of dads - the ones that take you fishing and teach you to drive and buy you cans of cider to drink in the park when you’re still not legally old enough to drink – those are the sort of dads we’re talking about here today. 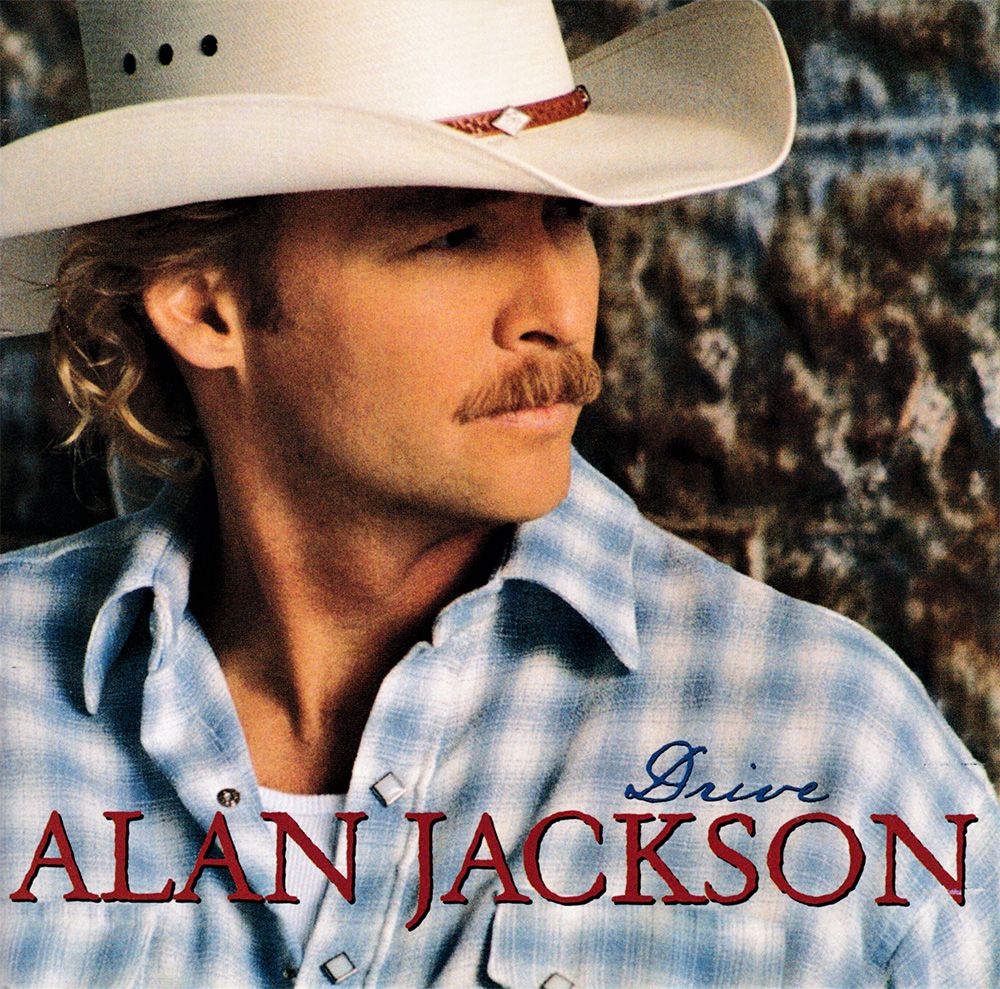 Alan Jackson takes a song about fixing a boring old car and transforms it into a lump-in-the-throat through-the-ages family blockbuster.

Dedicated to his own father, Eugene, the song reminisces about all the old cars and boats he remembers growing up with, and how they tie in with his memories of his dad, before ending the song looking forward to a time when his own daughters will be able to reminisce about all the cars that Alan used to let them drive when they were younger. 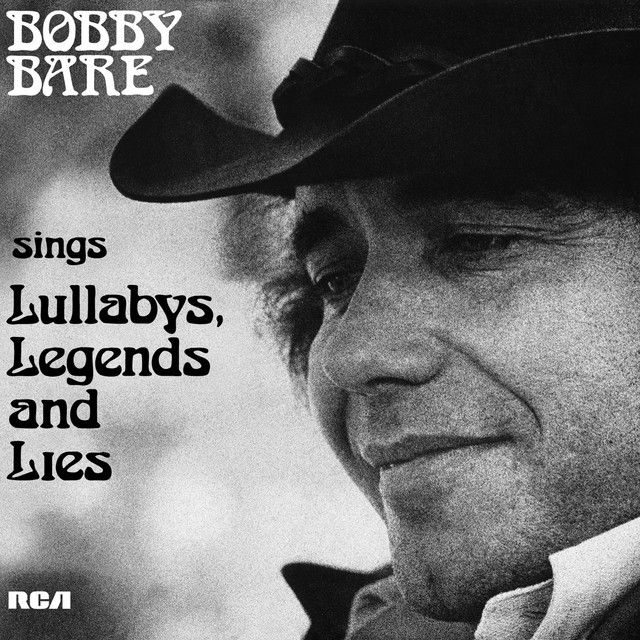 Bobby Bare - Daddy What If

God, dads can be so embarrassing! All those terrible jokes they come out with, the way they always seem to burp whenever your friends are round, their hairy ears, those funny jeans they wear.

Country singer dads can be embarrassing too, as Bobby Bare proved when he dragged little Bobby Bare Jr up on stage to sing this Shel Silverstein penned duet from Lullabies, Legends And Lies with him. 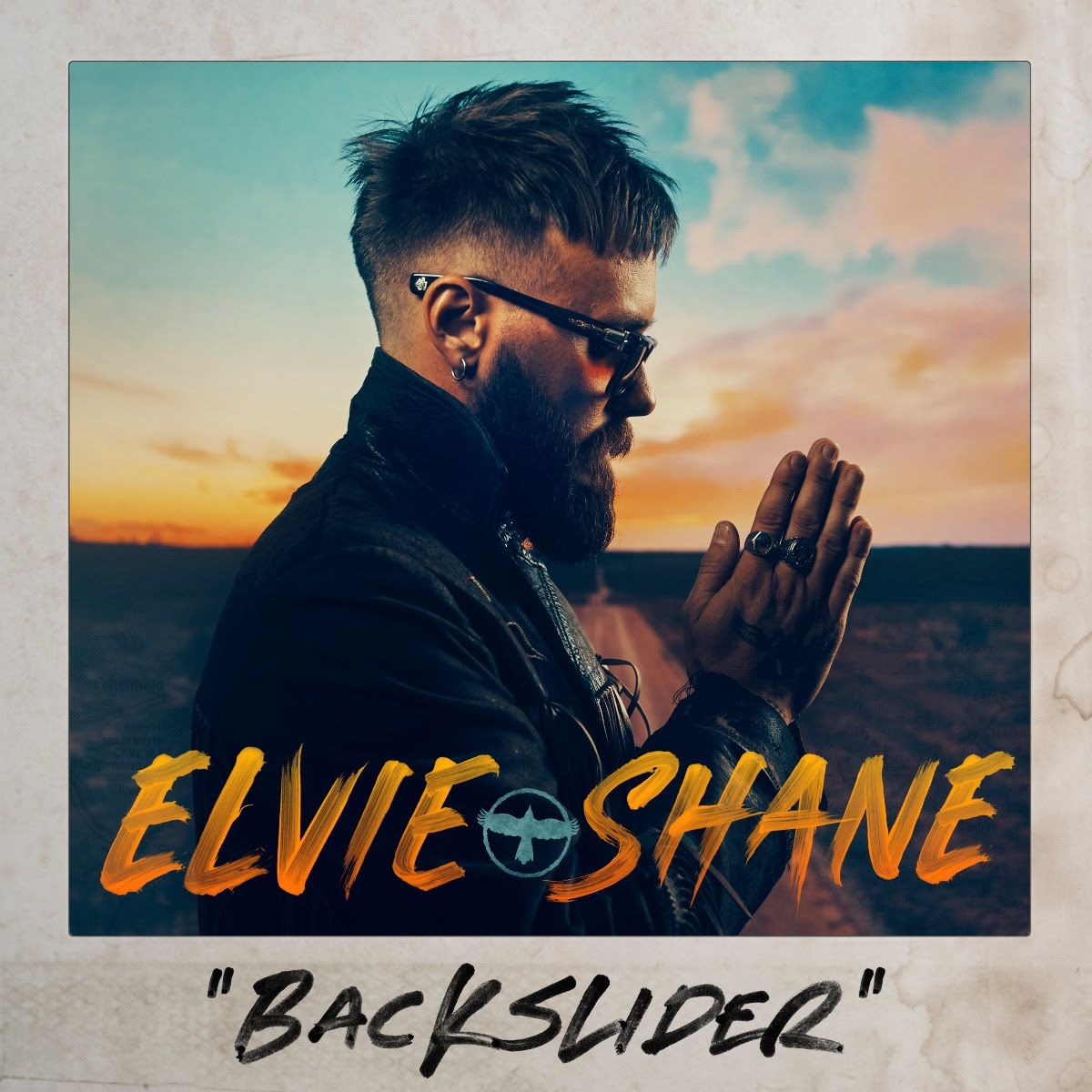 Dads come in all shapes and sizes, and country music has a song to fit each and every one of them all. Elvie Shane’s autobiographical ballad about the role of a stepfather and the love he has for his son was actually inspired by a random Facebook post someone sent him.

Shane even recorded a handy re-gendered version called ‘My Girl’ just in case you needed it. Although, weirdly, he replaced the word “son” with the word “baby”, even though the word “daughter” would have fitted just as well. 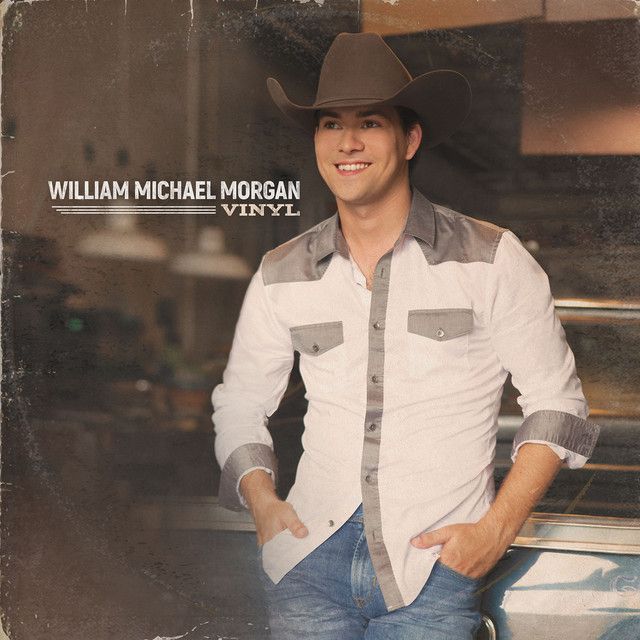 William Michael Morgan - I Know Who He Is

William Michael Morgan turns the emotional heat up to full whack in this three-hanky story of a son discussing his father’s deteriorating health with a doctor in the hospital when he goes to visit.

His father, suffering from dementia, doesn’t recognise his son, but Morgan assures the doctor, “He doesn't have to get why I adore him / He don't have to know me / I know who he is”. 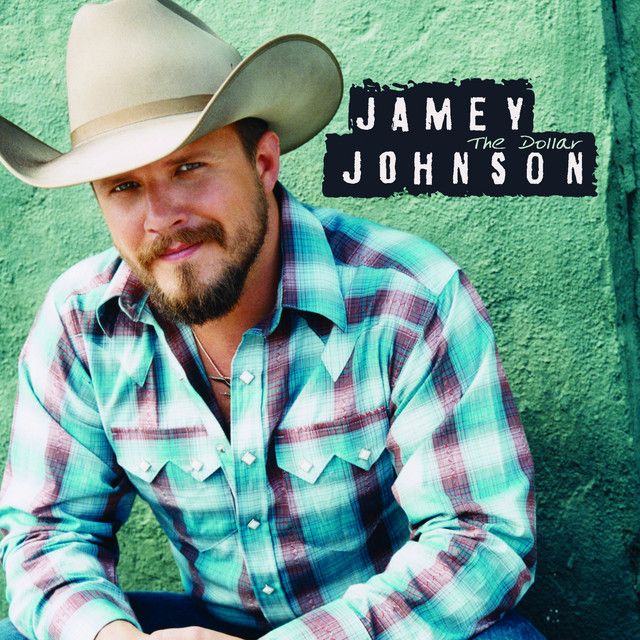 One day, after his father has left for work, a young boy asks his mother where his dad goes every day and why he always has to leave in the morning.

When the mother explains that he has to go to work to earn money, the young boy goes up to his bedroom and empties out his piggy bank, trying to work out how much he’d have to pay his dad to take him fishing or throw a football in the street.

His dad agrees to come home early, but sadly the boy only has thirty-five cents, so I imagine it probably only got him a couple of quick throws before bed. 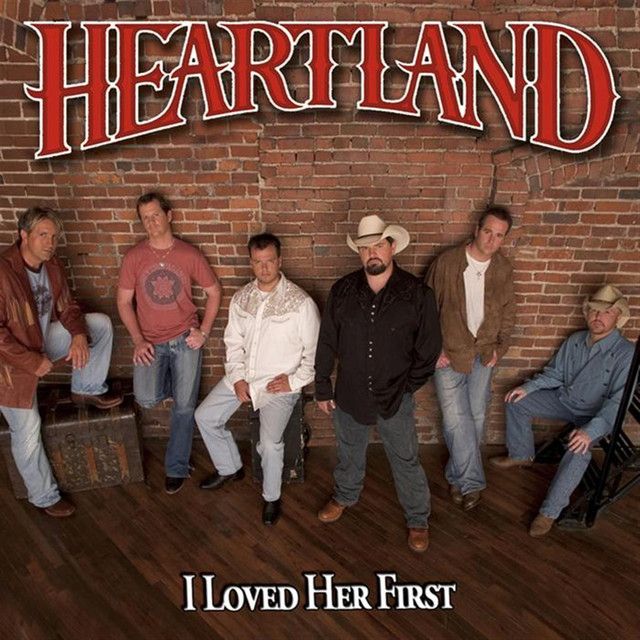 Heartland - I Loved Her First

The love of a father runs deep in the first single from noughties country power rockers Heartland, and it quickly became everybody’s go-to song for their father-daughter wedding dances.

In the song a father is talking to the man who is about to marry his daughter, seemingly while they are actually dancing, and reminding him that he’s having difficulty giving her away because, as he keeps telling him, he "loved her first." 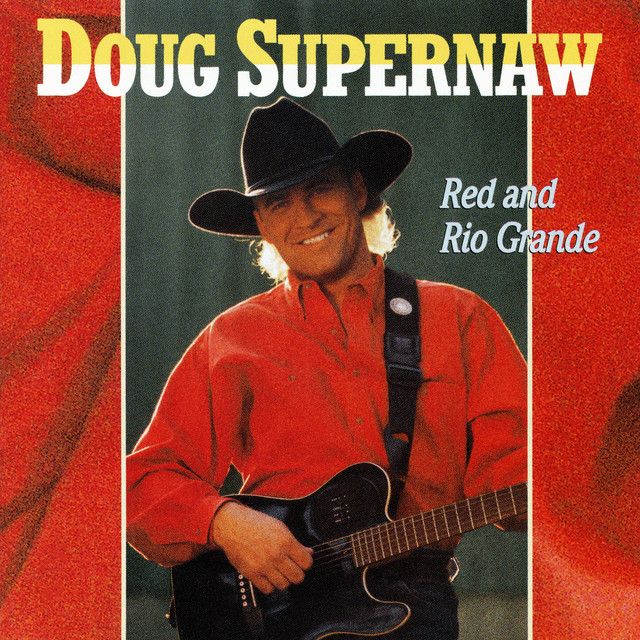 “God bless the little hearts / they’re the ones who really pay when mom and dad can’t get along / and they go their separate ways”, Doug Supernaw sang on this tear-jerking tale of a divorced father on the phone to his son.

When he asks him about his ex-wife’s new live-in boyfriend, the son reassures his dad, saying that although his stepfather looks after him, he still doesn’t “call him Daddy”. 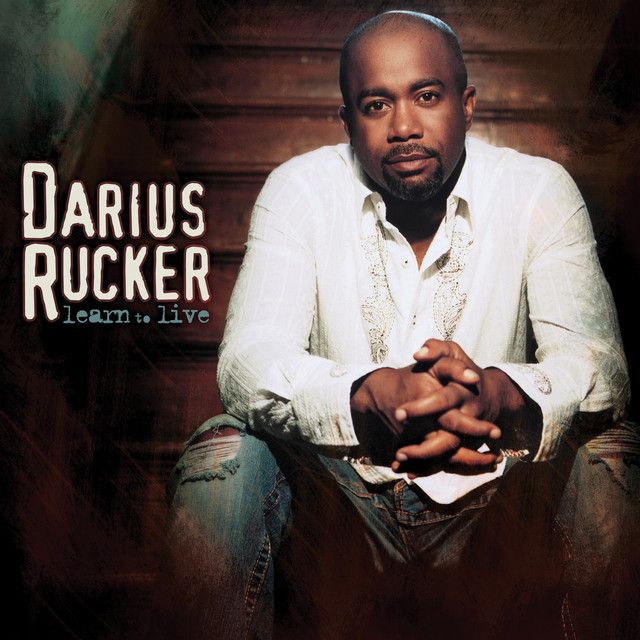 Darius Rucker - It Won't Be Like This For Long

Chris DuBois and Ashley Gorley joined Darius Rucker to co-write this reflective paean to parenthood and the passing of time for his second solo country album.

Sung from the perspective of a couple who’ve just had a baby that's keeping them awake at night, through to that same child’s first day at preschool and imagining them being a teenager and then on their wedding day; the father both happily reassured and sadly reminded that “it won’t be like this for long”.

Written in about ten minutes while Chris Stapleton was waiting for his wife, Morgane, to get ready; he ended up waiting another ten years before he finally recorded a sublime stripped back version of the song outside on the lawn of RCA Studio A and included it on his album Traveller.

He originally wrote the song after his usually devout father had skipped saying grace before a meal, and it gained extra weight after his father died in 2013. 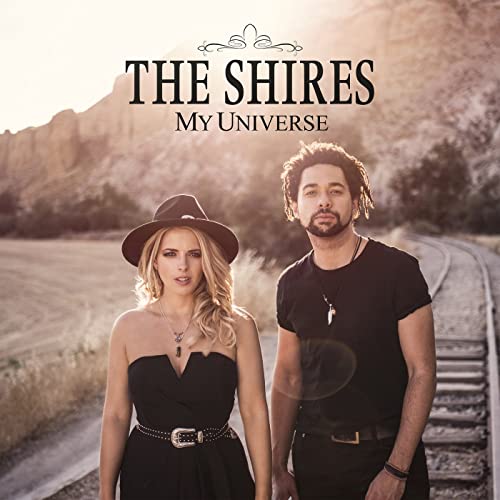 “The smell of Old Spice” and “a flat cap on the dash” are just a few of the lovingly remembered little details about her dad that Chrissie Rhodes brings back to life in this elegiac tribute to her father, who passed away when she was only eight-years-old. 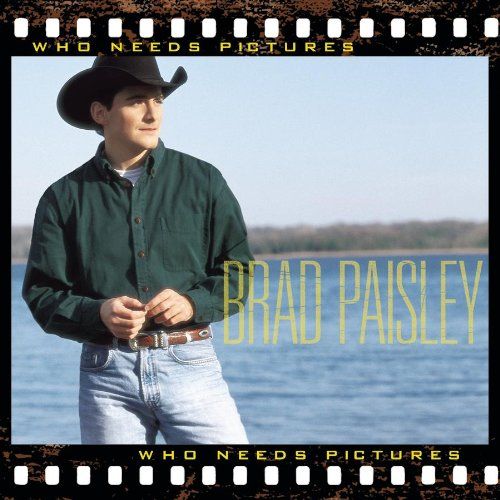 Brad Paisley - He Didn't Have To Be

“I met the man I call my dad when I was five years old”, sings Brad Paisley in this heart-melting ballad about a stepfather who ends up being “the dad he didn’t have to be”.

Written with Paisley's frequent co-writer and best friend, Kelley Lovelace, about Lovelace’s own stepson, according to Lovelace, Paisley said to him, "Let's make a song about you two that will make your wife cry”. So that’s exactly what they did. 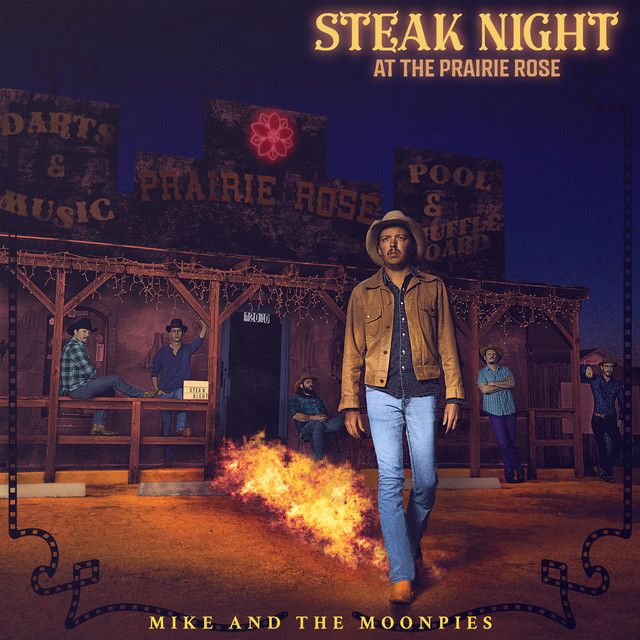 Mike and the Moonpies - Steak Night at the Prairie Rose

A sneakily poignant Texas honky-tonk tale about a boy who chooses to go and live with his dad after his parents separate.

He ends up tagging along with him to see a cover band at the local bar every night and watch the ballgame on the big TV, with “a beer for him, a coke for me”.

Mike and the Moonpies leave it until the bridge to give the song its gut punch twist, and it’s tissues all round from there on out. 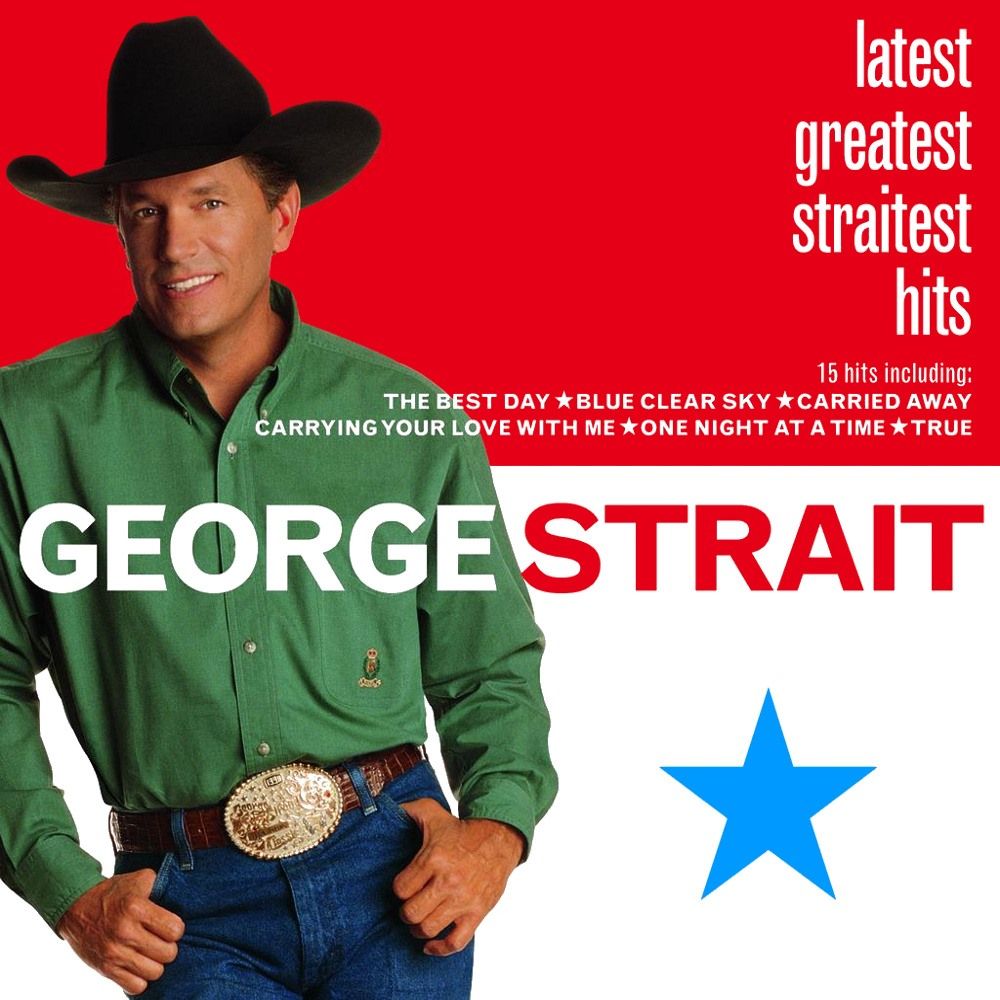 George tugs hard on the heartstrings as a father looks back chronologically on all the things he and his son have done together over the course of his life. On a fishing trip, his son turns to him as they arrive at the campsite and tells him it’s the best day of his life.

He’s still having the best day of his life on his 15th birthday when George buys him a new car, and later on – as they stand in the church on his wedding day, waiting for the bride-to-be - the son turns to his dad to tell him how much he’s learned from watching his parents, before claiming one last time that this is actually the best day of his life. 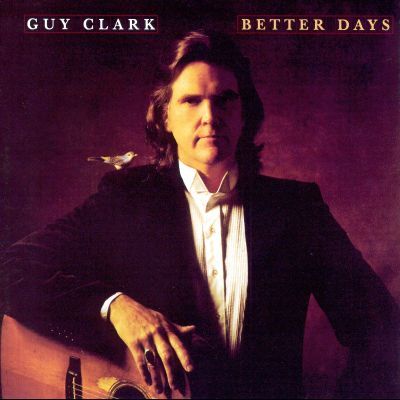 The story of a knife that Guy Clark’s mother gifted to his father when he went off to war becomes an unlikely hotbed of long buried memories and unresolved emotions, as the story of the knife and Clark’s own relationship with his father slowly intertwine together.

“My father died when I was 40 and I couldn't find a way to cry”, he sings, “Not because I didn't love him / Not because he didn't try / Well, I'd cried for every lesser thing / Whiskey, pain and beauty / But he deserved a better tear and I was not quite ready”, before finally letting it alllll out back at the family house after the scattering of the ashes.

There’s nothing dads like more than when their grown up offspring come back to visit, especially when all they want to do is borrow money and do their washing.

‘Homecoming’ is sung from the perspective of a struggling singer who takes a trip back to the town he grew up in see his father.

It’s one of Tom T. Hall’s most exquisitely written conversation songs, perfectly capturing that feeling of displacement, as the returning son gently nudges for his father’s approval, awkwardly apologising for missing his mother’s funeral and telling him about the ins and outs of the music business, before heading back out on the road again.

Subscribe and listen to Holler's The Best Country Songs for Dads playlist below: