Alison Krauss was a child prodigy on violin from the age of five. Raised on Def Leppard and AC/DC, she soon fell in love with bluegrass music and started winning national fiddle competitions from the age of 8, before signing to Rounder Records at just 14 years old.

Since then, the Illinois-native has played for three presidents, sold more than 12 million albums and won an incredible 27 Grammys, putting her fourth in the all-time list – although with a new collaboration with British rocker Robert Plant, that tally seems sure to rise. 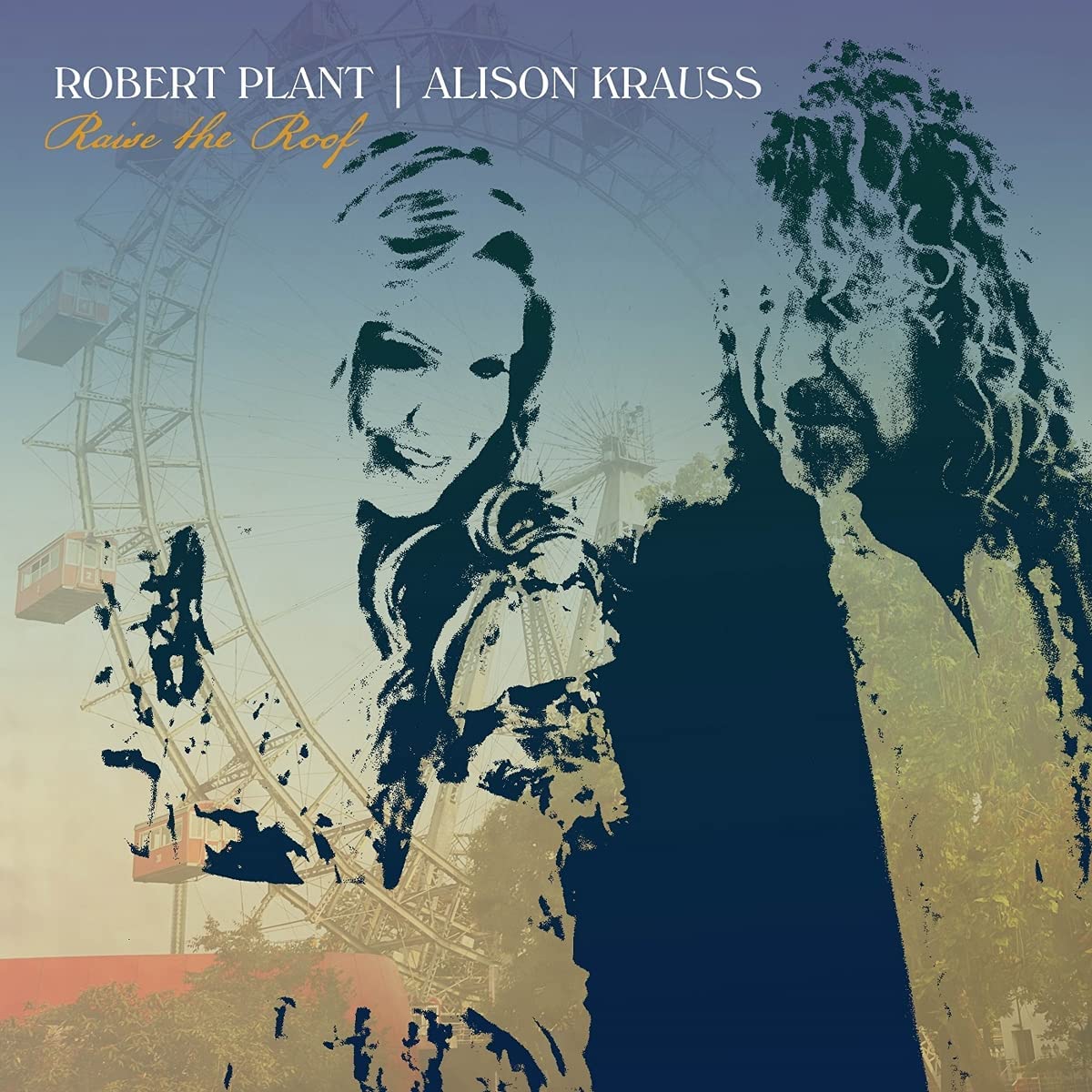 This big, meaty sounding lead single from Krauss’ second album with Robert Plant is the highly anticipated reunion of the not-really-mismatched-at-all couple. Their voices are in total harmony - Plant in fact calls the Raise The Roof album a miracle.

This particular song was previously best-known for Lucinda Williams’ version on her wonderful 1998 album Car Wheels On A Gravel Road. 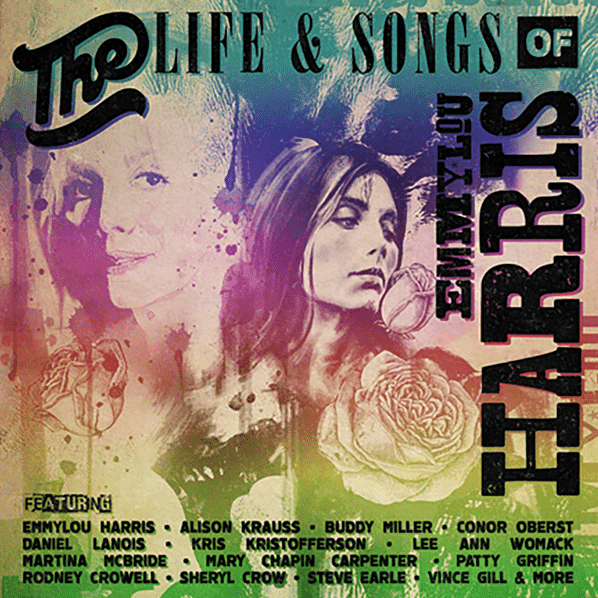 Till I Can Gain Control Again

Originally written by Rodney Crowell for Harris’ 1975 studio album Elite Hotel, it later went to no.1 with Crystal Gayle’s single version from her self-titled 1982 album. 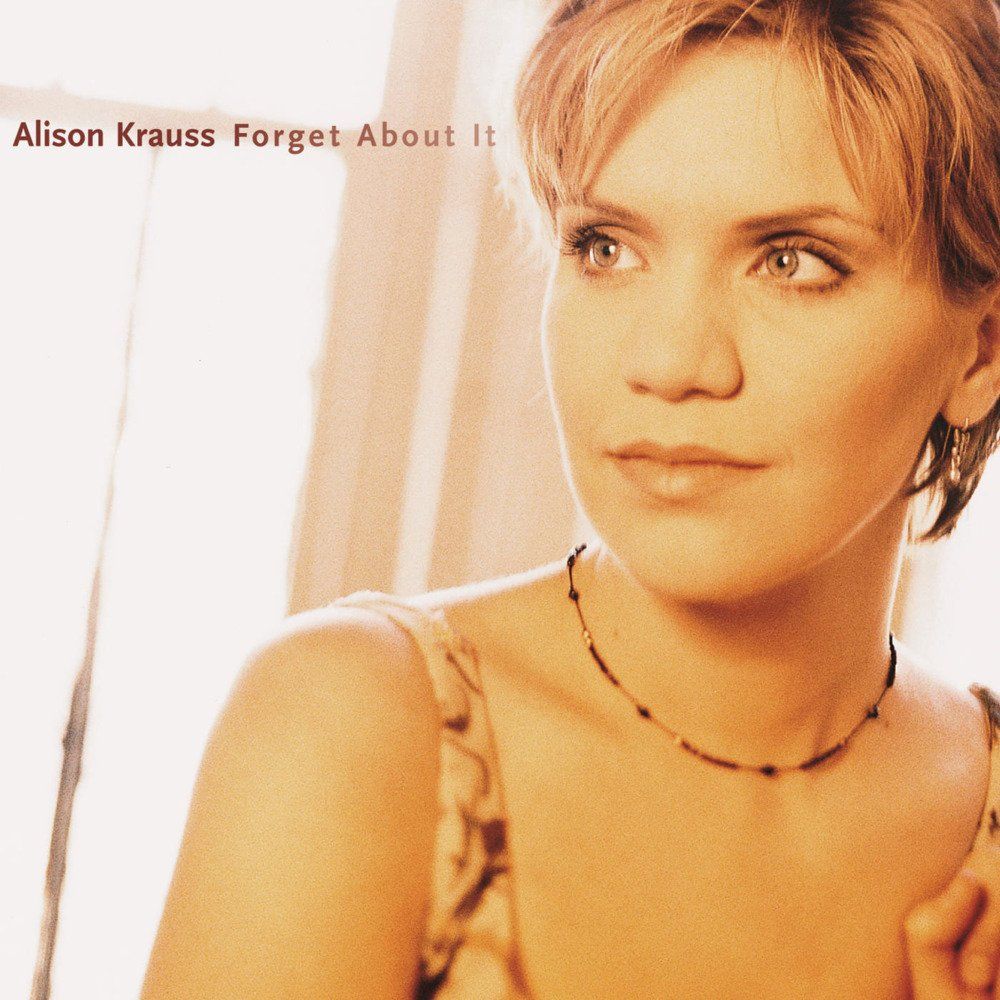 Ghost in This House

Previously a top five hit for the country group Shenandoah, Krauss' intro before playing the song live with her band shows off her typically wry, self-deprecating sense of humour.

When she came across it, she says: “I remember thinking: that’s the worst thing I ever heard in my entire life…. We have to do it too!”

In other hands it might seem cheesy and overblown, but not in Krauss’ version. Penned by prolific El Paso songwriter Hugh Prestwood, it was later covered by the Chicks and Kelsea Ballerini. 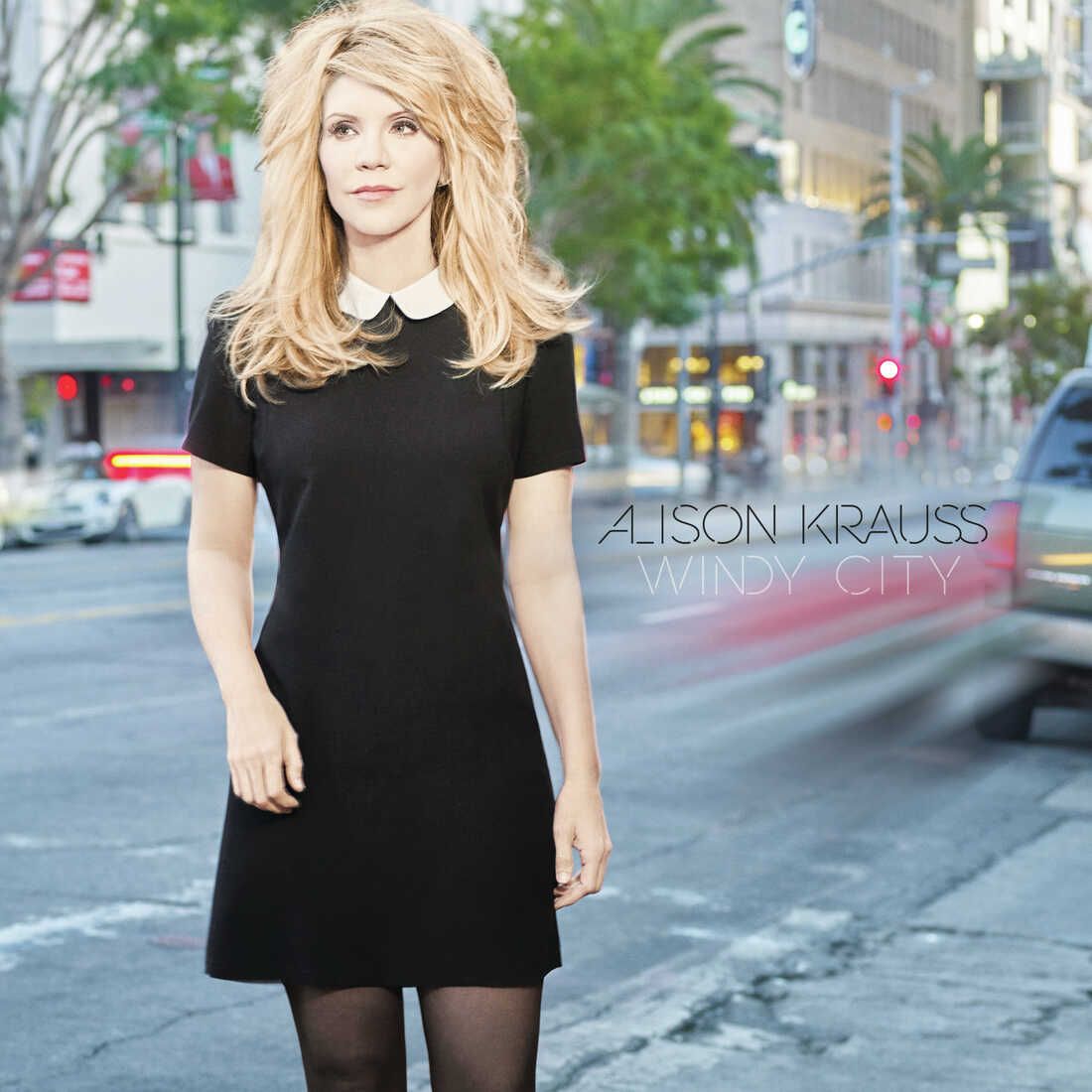 I Never Cared For You

Live in the studio, this has an unusual Latin feel, from an album that went back to cover favourite classic songs. Originally written by Willie Nelson in 1964, it shows his influence was still telling, as Nelson and Krauss worked together in 2015 on a shared summer tour.

The typically poetic, piercing Nelson lament includes devastating lyrics like: “The sun is filled with ice and gives no warmth at all/ And the sky was never blue/ The stars are raindrops searching for a place to fall/ And I never cared for you.” And Krauss makes them hers. 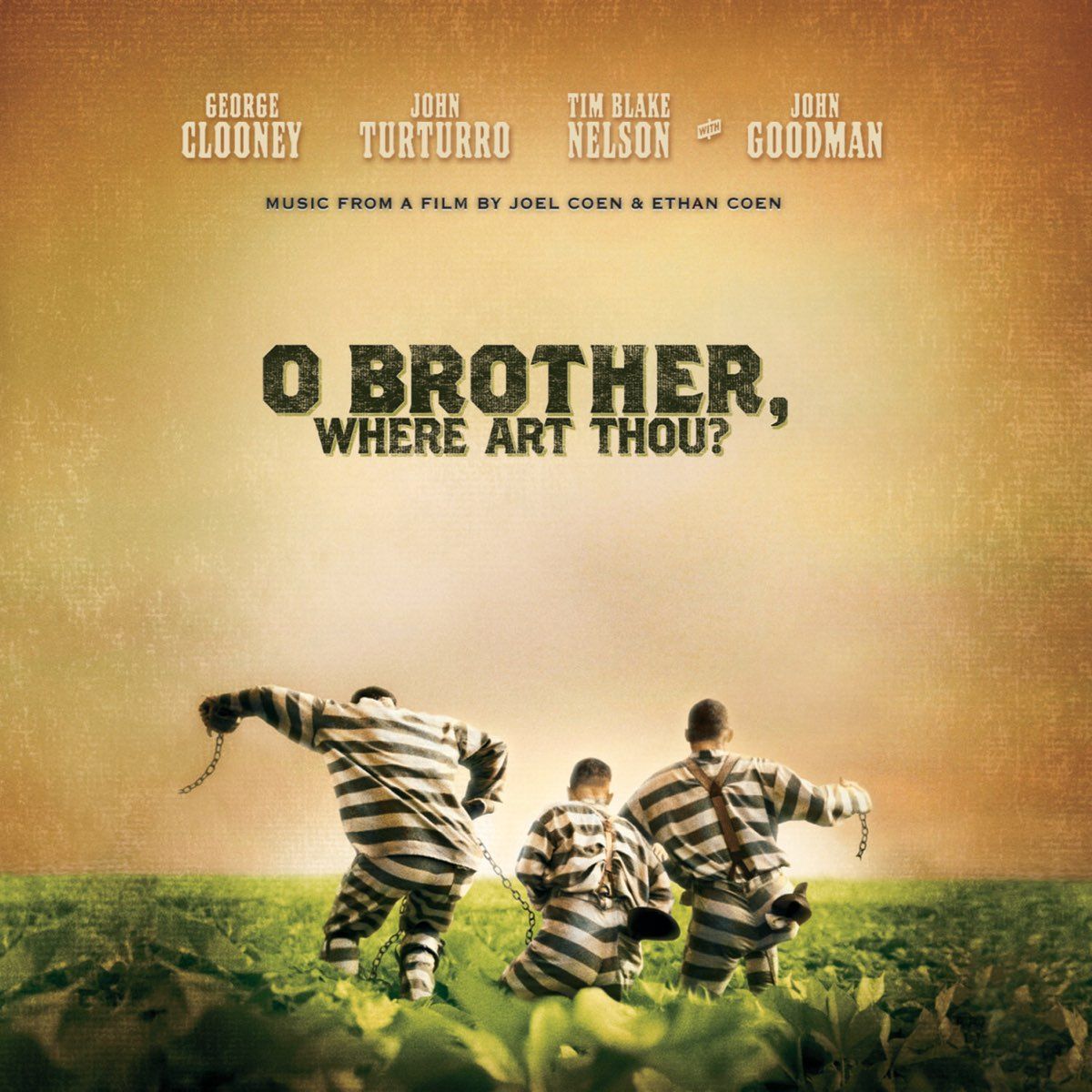 Didn’t Leave Nobody But The Baby

These intertwining siren voices from Krauss, Gillian Welch and Emmylou Harris are irresistibly sultry, just a capella vocals with handclaps and jaw harp accompaniment upfront. And they work perfectly to distract the protagonists from their odyssey, in a memorable scene in the Coen Brothers’ hit movie, O Brother, Where Art Thou?

Jerry Douglas, who played on the soundtrack, says: “It was sort of a movie with a record – and the record was more popular than the movie at first… and we did tours of everybody that played on it.” Oh, brother, it also won the Album of the Year Grammy.

Gentle On My Mind

Another stunning cover from the Windy City album, which debuted at No. 1 on the Billboard Top Country and Top Bluegrass Albums charts, and received two Grammy nominations. The entire record was produced by Buddy Cannon, whose vocal harmonies Krauss had grown up listening to. This John Hartford song, ‘Gentle On My Mind’ had also been a huge hit for Glen Campbell. Here Krauss and pals valiantly perform it to close Sunday politics programme, The Andrew Marr Show. 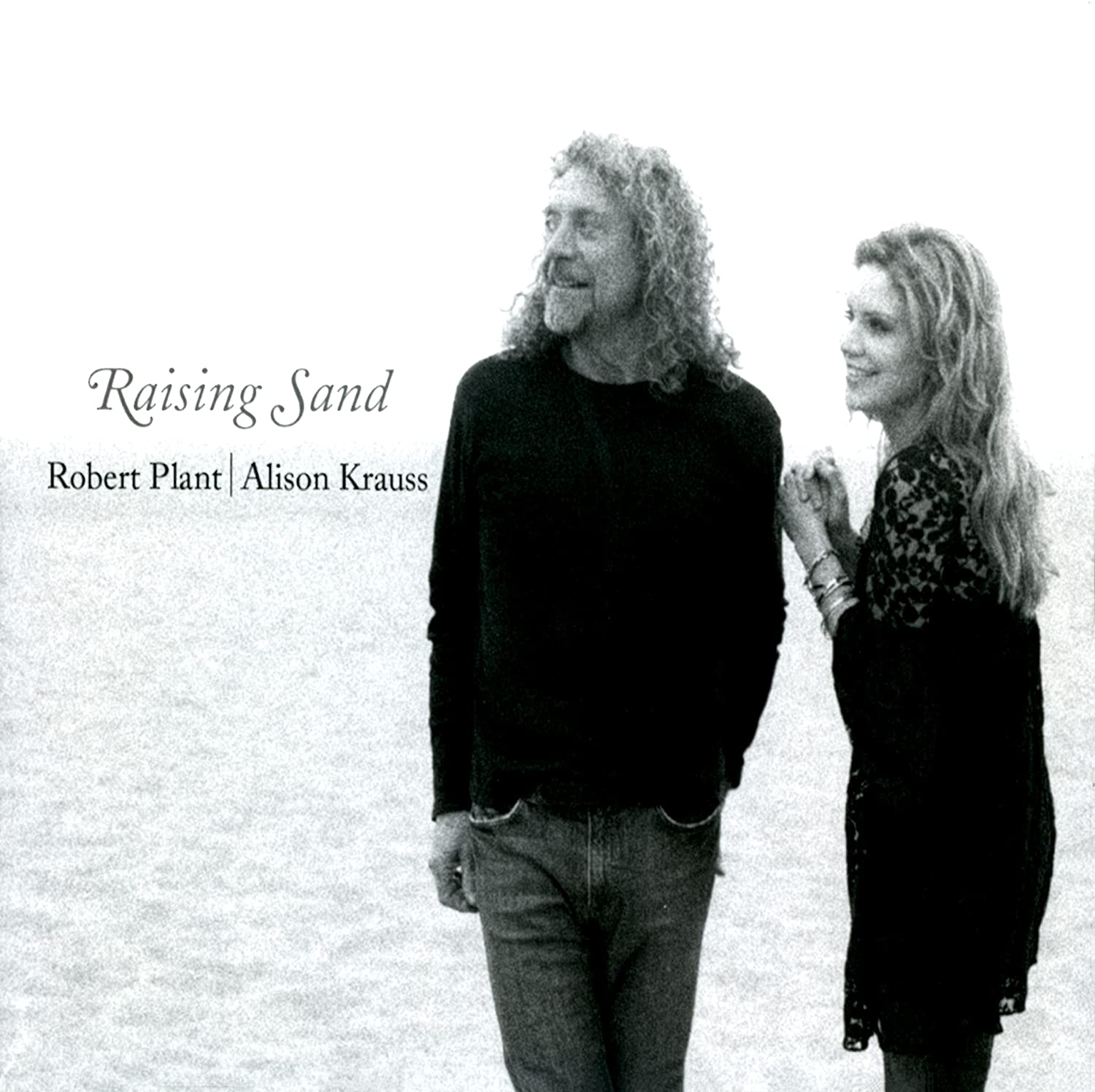 Made with O Brother producer, T Bone Burnett, this album of duets between Krauss and Robert Plant won an incredible five Grammys, including Album of the Year. Krauss freely admits she feels a certain kinship with Plant’s Black Country voice: “English male singers reminded me a lot of bluegrass singers – there's a gruffness, and a quality to it that comes from the same place, a blue collar place.”

This song, originally done by the Everly Brothers, has a suitably groovy video that perches the duo atop their own mini treadmills, as they done moved on! 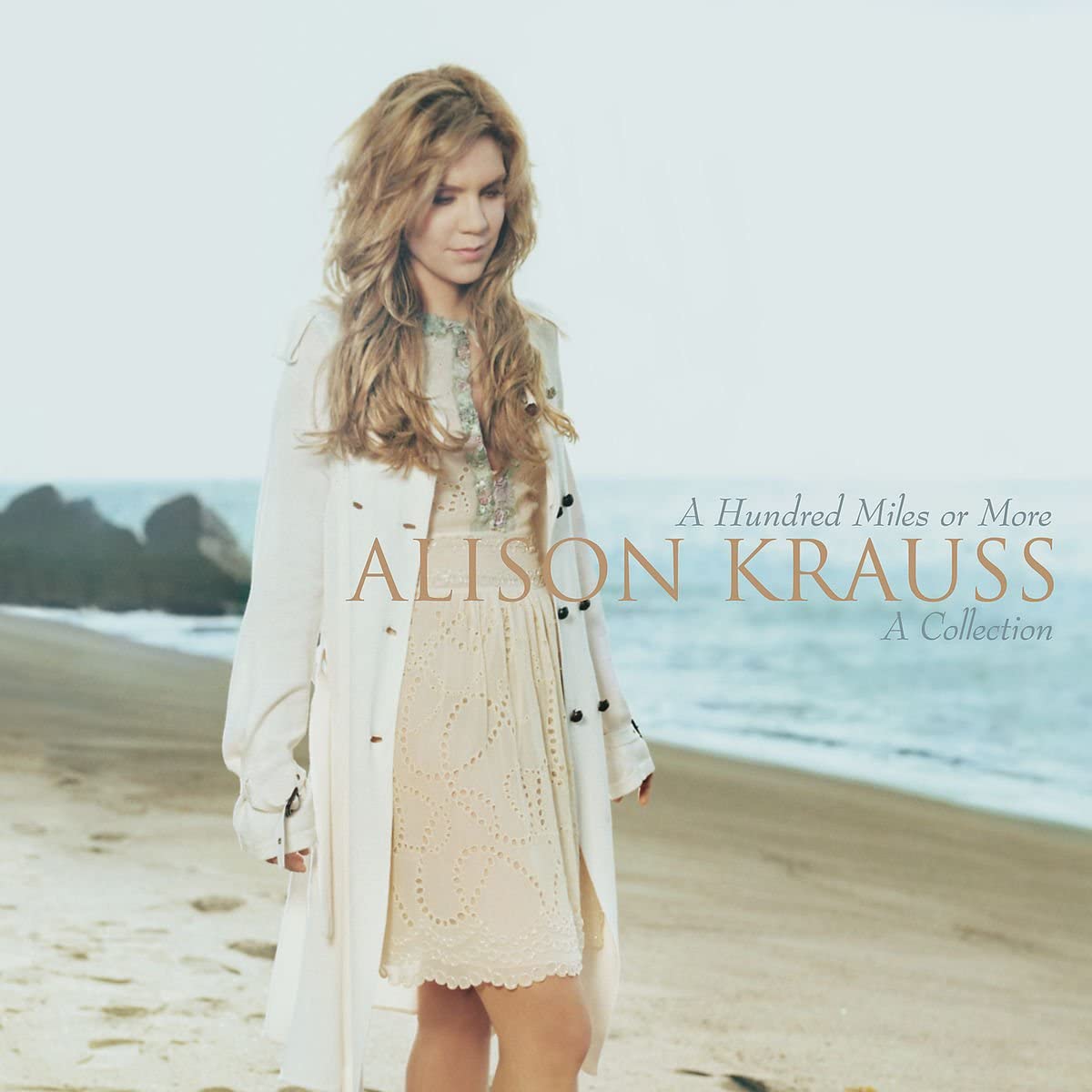 One of those timeless duets that’s broken through genre constraints and established itself as a definitive take on alcoholism, service, and infidelity. Brad Paisley sings the husband’s part at the top (and it also features on his 2003 album Mud On The Tires), as Ricky Schroder from The Champ and NYPD Blue directs the video and plays the husband. Krauss sings the wife’s story, as their voices overlap and tragedy beckons: “We watched him drink his pain away a little at a time/ But he never could get drunk enough to get her off his mind”. Unsurprisingly Bill Anderson and Jon Randall’s composition won CMA Song of the Year 2005. 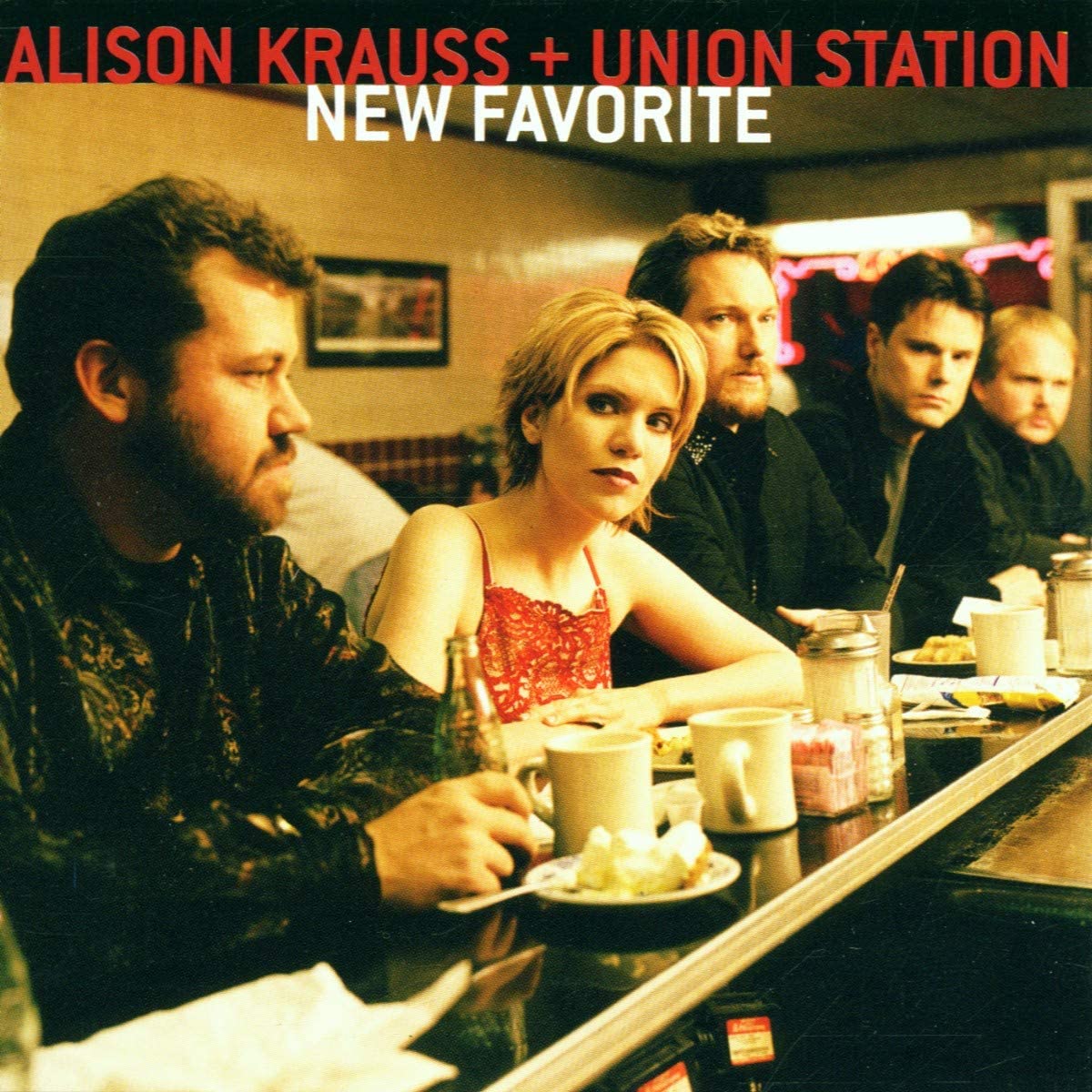 Written by David Rawlings and Gillian Welch, and performed by Krauss with Union Station, this is the counterpoint to ‘Whiskey Lullaby’, with roles reversed, as here it’s the husband who’s found greener pastures. The gentle arrangement pulses and builds, emphasising her jealousy as she witnesses him moving onto a new love. Did this record win the Grammy for Best Bluegrass Album? Of course it did. 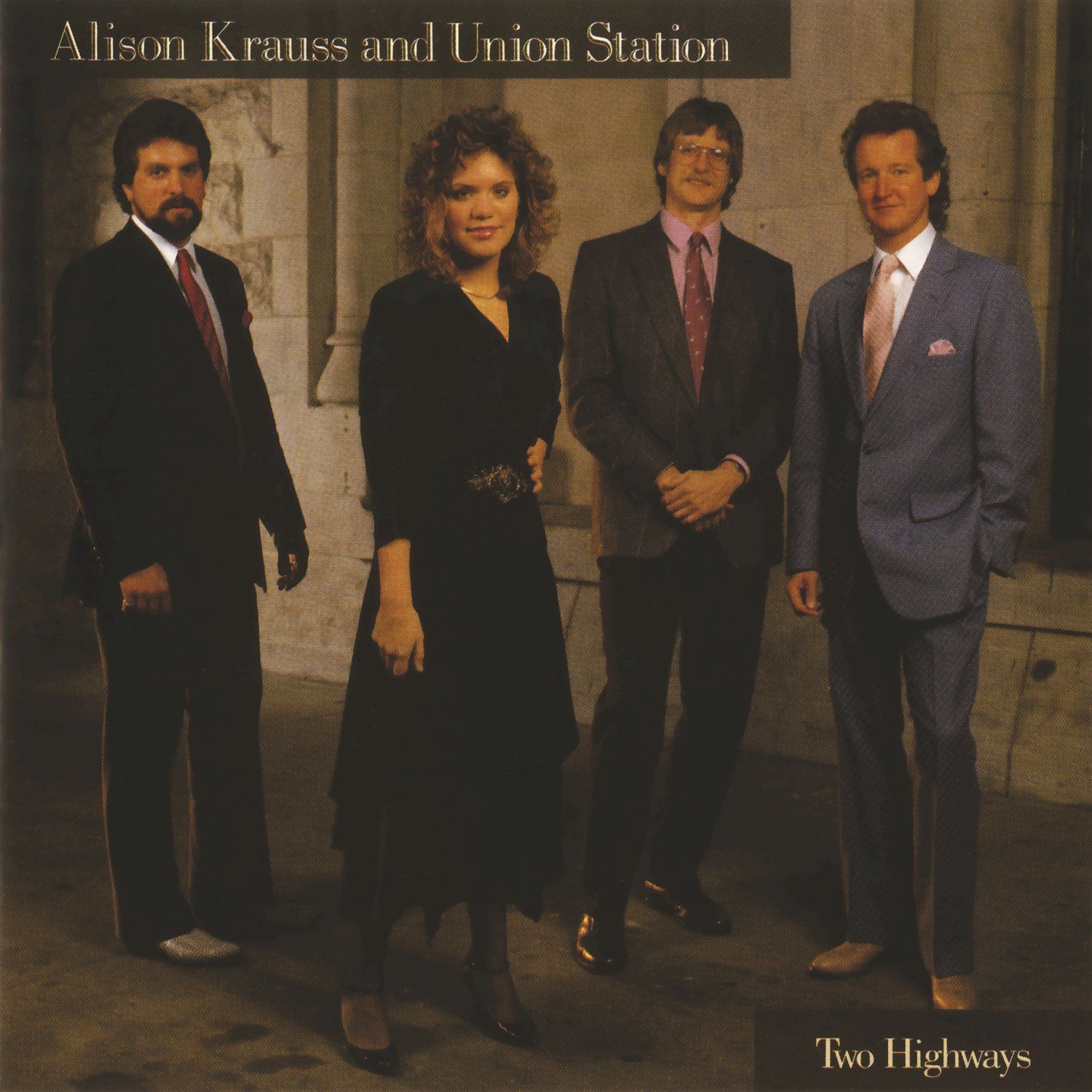 An earlier iteration of Alison Krauss and Union Station (aka AKUS) featuring the jaw-droppingly amazing Alison Brown on banjo, with Krauss giving it loads on the fiddle as well as the vocals. These records transformed people’s views of traditional music, including songwriter Natalie Hemby, who says they were game-changers: “Alison Krauss and Union Station was flawless. I’d never heard country music sung like that. I love the older stuff, but I’d never heard this type of bluegrass, where it was so pure and beautiful.” 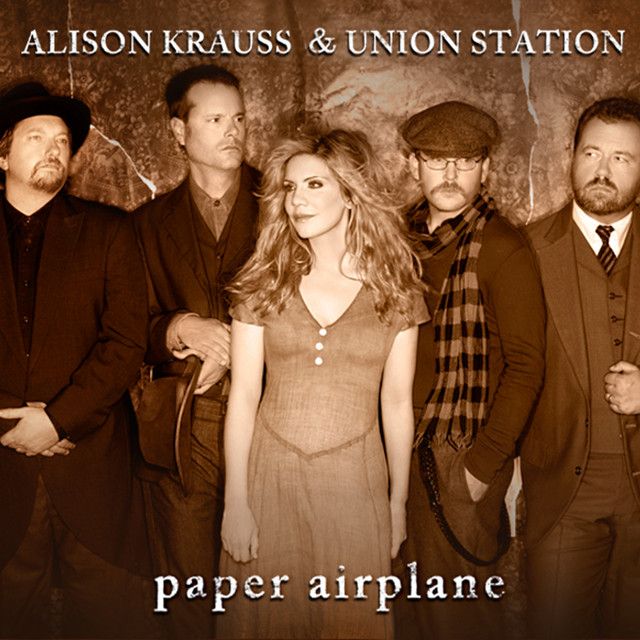 The accompanying sepia video of Krauss and her band, with cicada sound effects, soft light, front porch, and Krauss on a swing, is as utterly sad and downbeat as the beautiful, end-of-relationship song they’re performing. It’s also the title track of an album that became her most successful in the UK so far, snagged a couple of Grammys, including Best Bluegrass Album (of course), and pleased long-term fans like country singer, Carly Pearce. “Coming from Kentucky myself,” says Pearce. “One day I would love to do a bluegrass duet with Alison Krauss and Dan Tyminski, of her band Union Station. That’s definitely one of my dreams.”

Let Me Touch You For A While

Suffused with sadness and regrets, this allusive, moving song was written by Robert Lee Castleman, who also wrote ‘Paper Airplane’ and ‘Forget About It’, and her voice sits sweet yet detached atop the arrangement. One of her many highly-stylised videos where her Union Station guys appear as extras in a bar, aka themselves, and she seamlessly moves from acting the neglected lover, to singing with the band. 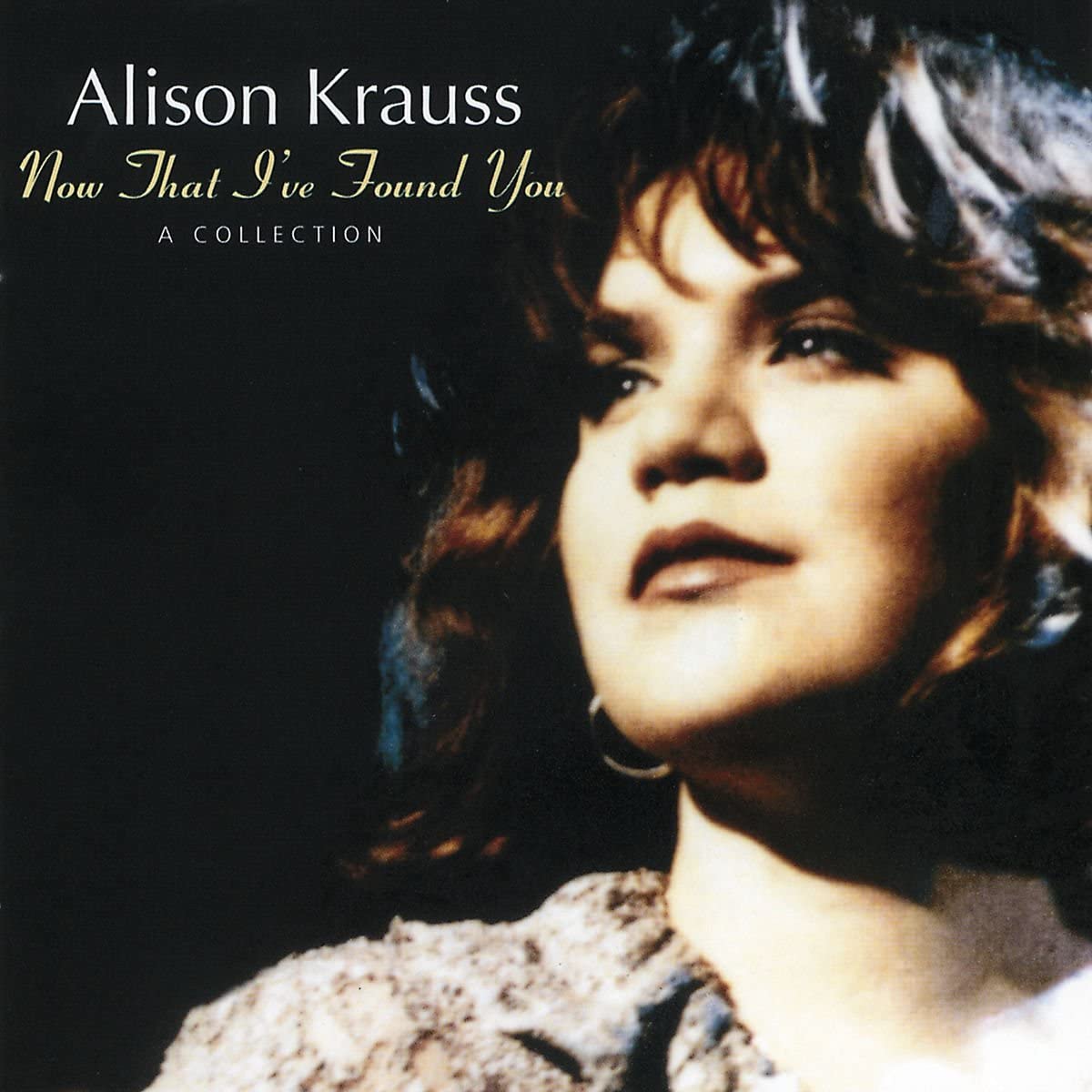 One of the key tracks on Krauss’ crucial, breakthrough album, which combined old favourites with choice covers. This is such an excellent performance – which transforms the original into a country standard, by bringing banjo and dobro to the fore, with steel drums – that you momentarily forget that it’s a Lennon and McCartney composition, originally sung by Paul on The Beatles’ White Album back in 1968. 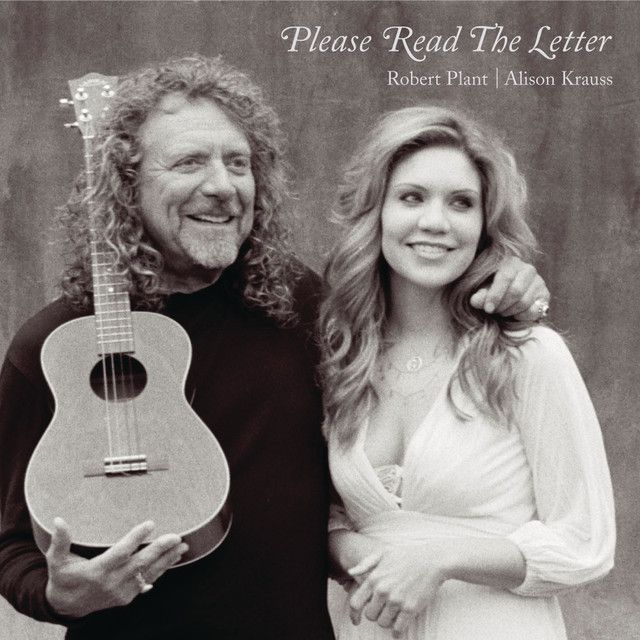 Originally recorded by Led Zeppelin duo Robert Plant and Jimmy Page for their 1998 album Walking Into Clarksdale, this Krauss/Plant version easily surpasses that, and picked up the much-coveted Record of the Year at the 2009 Grammys (along with all the others it grabbed). They started with few expectations for the Raising Sand project and Krauss said it was an experiment for both of them. “It was very lighthearted and easygoing, with no expectations, and Robert is a lot of fun. He kept everybody laughing.”

Baby Now That I've Found You

Another truly miraculous transformation from Krauss’ landmark compilation, in the shape of the title track. They’ve taken a 30-year-old song from a multi-racial British soul outfit - The Foundations, that topped the UK charts way back in the 1960s - and somehow made it into a country ballad. The Krauss version also features on the soundtrack of an all-time classic Australian movie, The Castle (1997). 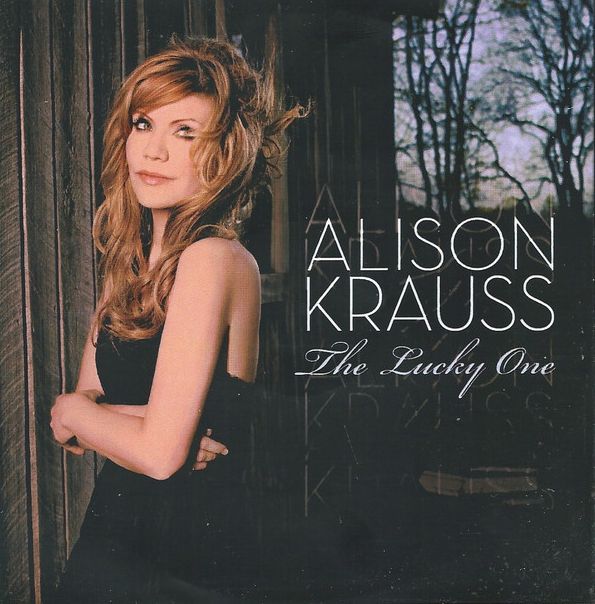 As well as winning a couple of Grammys, including Best Country Song, this sublime single marks the proper debut of Jerry Douglas on dobro in Union Station. He’d done numerous sessions with them, and thought he’d be there for a couple of months. But they asked him to stay – and the results are magical. He says: “It was great to be back in a band inventing all these arrangements, and have such a vehicle as Alison’s voice to work with. It was like having a clean slate to start over, with the knowledge that I had, which grew exponentially as the years went on.” 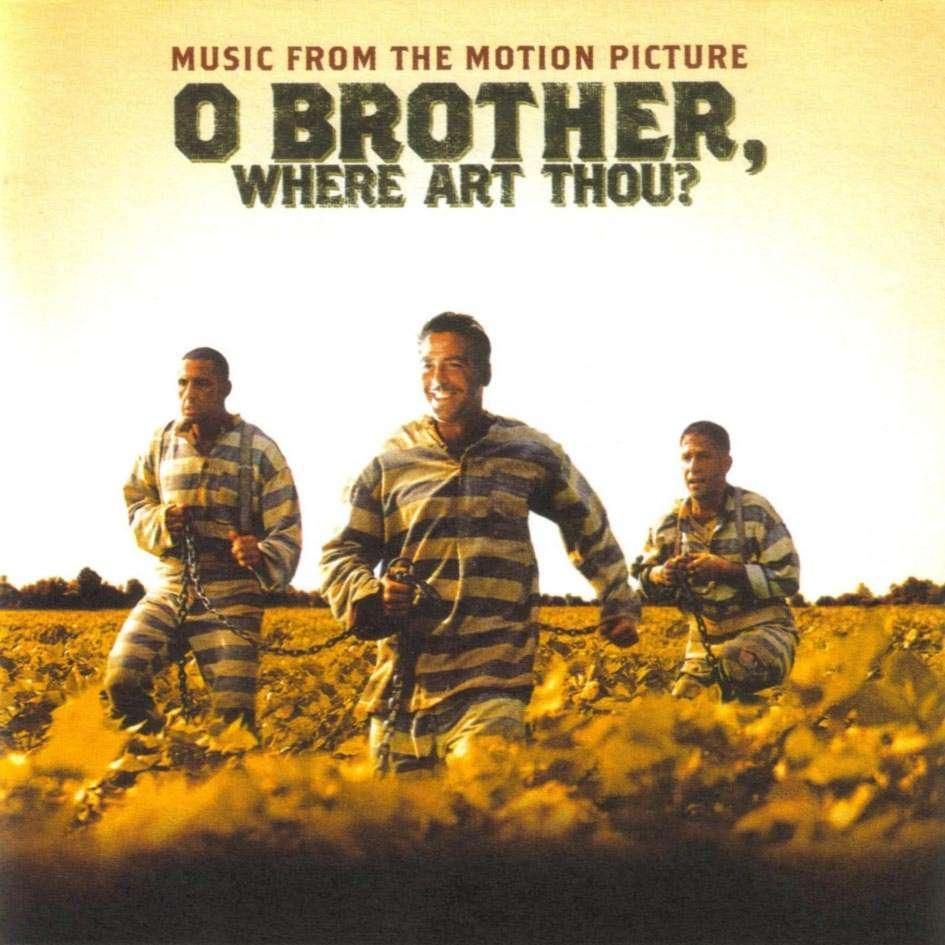 Down To The River To Pray

A proper goosebump-inducing song, performed a capella by Krauss, backed by the First Baptist Choir of White House, Tennessee, and providing another key moment in the Coen Brothers’ movie. Overnight bluegrass music went from zero to hero, with all the songs that people told them they’d never play again, because there was no money in it – yet it sold over ten million copies. Legend has it, that back then the only thing outselling O Brother records was the Bible – and it certainly gave a boost to the music industry.

When You Say Nothing At All

Krauss’ first solo top 10 country hit arrived when she initially covered this song on a 1994 tribute album to Keith Whitley. His chart-topping version came out in 1988, composed by Paul Overstreet and Don Schlitz (who also wrote Randy Travis’ hit, ‘On The Other Hand’). Krauss' recording didn’t fare too badly either, winning the CMA award for Single of the Year and reaching Number Three on Billboard’s Country Chart.

At the time she called its success “a freak thing. It's kinda ticklin' us all. We haven't had anything really chart before. At all.” Equally freakishly, some 17 years later she was invited to perform it in front of the Obamas at the White House, accompanied by young Sierra Hull on mandolin and Dan Tyminski on guitar. Of course, it also wins the ultimate accolade, topping the Holler list of Top 20 Alison Krauss songs!