Elton John's career-long relationship with country music is well-known. He and lyricist Bernie Taupin were conjuring musical and lyrical portrayals of the great American outdoors before they ever arrived there.

Elton's most specific forays into country have usually been tucked away on albums or B-sides, but as we'll see, it's an inspiration that has reared up repeatedly in his 50-year-plus recording career.

So, take a stroll with us as we decide which are Elton John's best country songs. 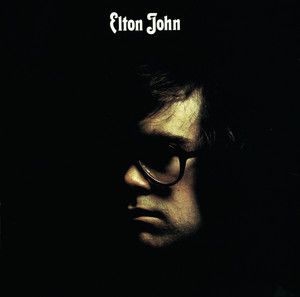 No Strings On Louise

‘No Shoe Strings On Louise’ was released in the spring of 1970 on Elton's second LP, when he was still pushing towards full recognition.

Much of the record was stark and studied, but this cohesive band performance - with a distinct twang from its pedal steel feature - rolls cheerfully along with such Taupin lyrics as “ride in line, shake yourself by the hand, live your life inside a paper can”. 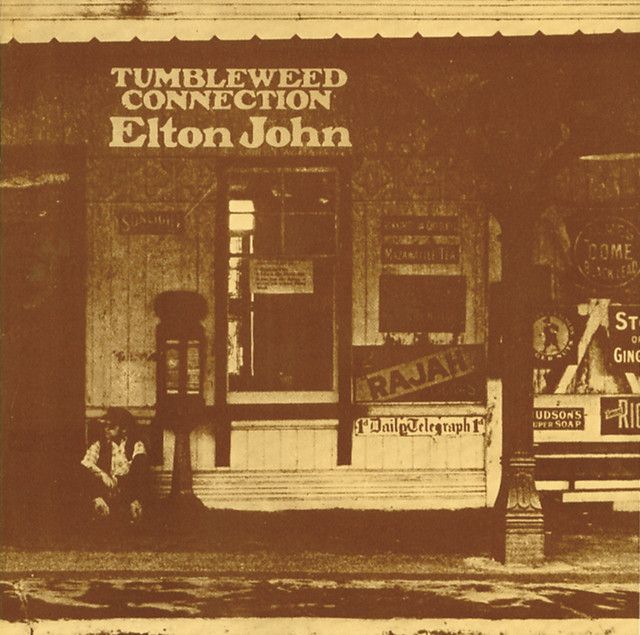 The whole of Tumbleweed Connection came from a place in the country, to the point of effectively being a concept album. 'Country Comfort' was its singsong celebration of small-town life down by the creek, with vivid characters such as Deacon Lee and an 84-year-old grandma, with Elton's piano complemented by Gordon Huntley's steel guitar.

John came back to the song in 2001, guesting on an even more countrified version with a bluegrass master on the album Earl Scruggs and Friends. 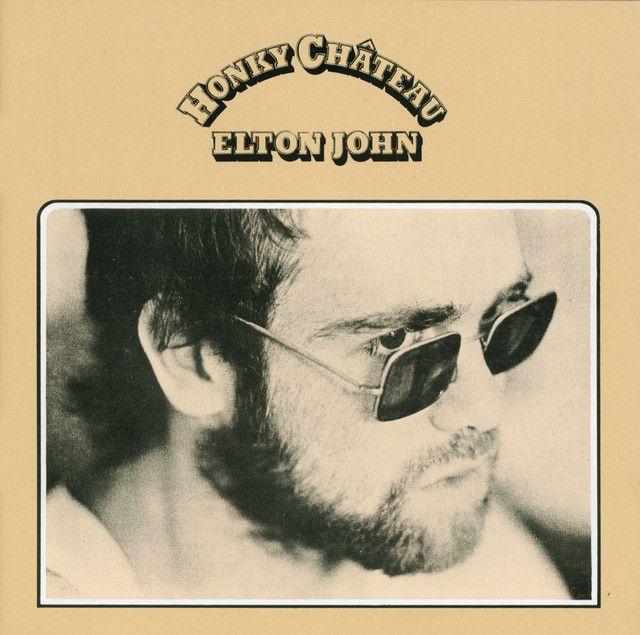 Elton's first US No. 1 album was another rootsy affair, but with the additional pop nous of 'Rocket Man' that was now becoming his stock in trade.

'Slave' was a strumming, easy-going tune, Gus Dudgeon's production once again making much of steel guitar, including this time in a generous solo, played by new and enduring band member Davey Johnstone. A 1995 reissue of the album added a frenetic rocking version. 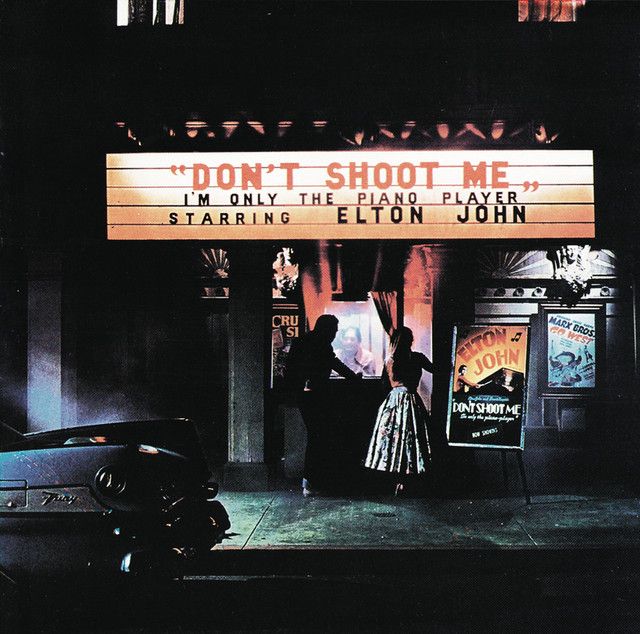 One of the less-celebrated tracks on the next album from Elton and his band's years at Château d'Hérouville in France. As th

e title suggests, it's set in the south, where the proud working-class locals have little time for liberal longhairs (“We're tough and we're Texan with necks good and red”). Elton himself adds texture on harmonium.

A non-album flipside clocking in at less than two minutes, this nevertheless captures plenty of the effervescence of Elton's initial years of fame.

The tale of the rabbit vs. the farmer certainly took its cue from Bernie's upbringing on Maltkin Farm in the village of Owmby-by-Spital in Lincolnshire. 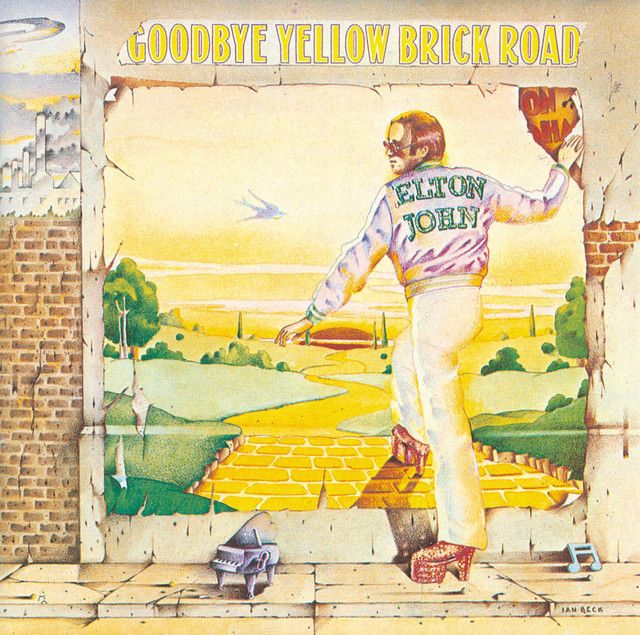 Part of the immense Goodbye Yellow Brick Road, this paid fond tribute to the cowboy superstar of Hollywood, TV and radio, and his representation of the American dream to millions of ordinary folk watching his heroic exploits.

In 1977, Elton began a show at London's Empire Pool with a few solo numbers, introducing this, saying it was about one of his childhood heroes. 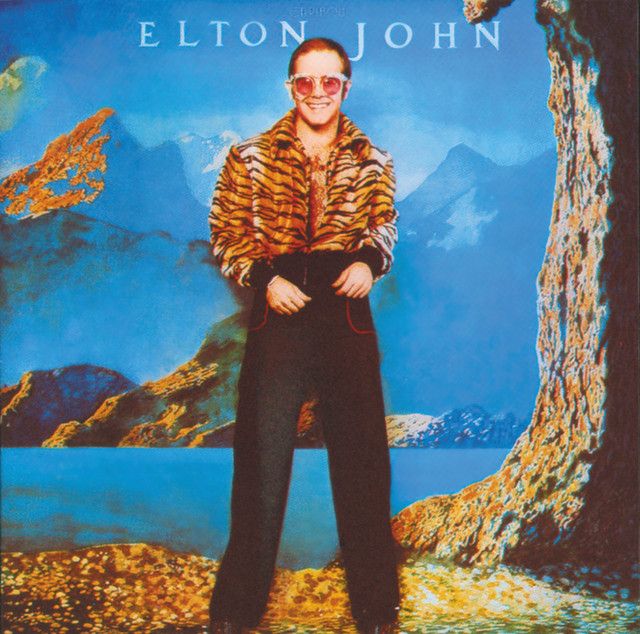 Back in the deep south, this describes the freedom of someone living on the river in their little boat of the title – “chugging like a grand old lady, paddles hitting home in the noonday sun” on the way down the Mississippi to the Civil War town of Vicksburg. 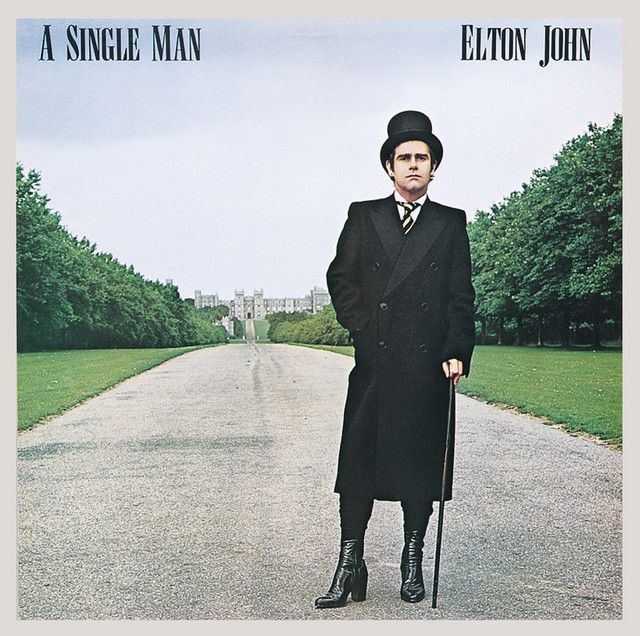 The Captain Fantastic album had Elton and Bernie's Americana obsessions at its epicentre, without touching on out-and-out country.

Blue Moves had other flavours, too, but by A Single Man, John and his new lyricist collaborator of the time, Gary Osborne, were taking him back into traditional territory, notably on this gospel-tinged southern celebration.

The quirky customisation came via backing vocals by the staff of Rocket Records and Elton's beloved Watford FC, where he was chairman. 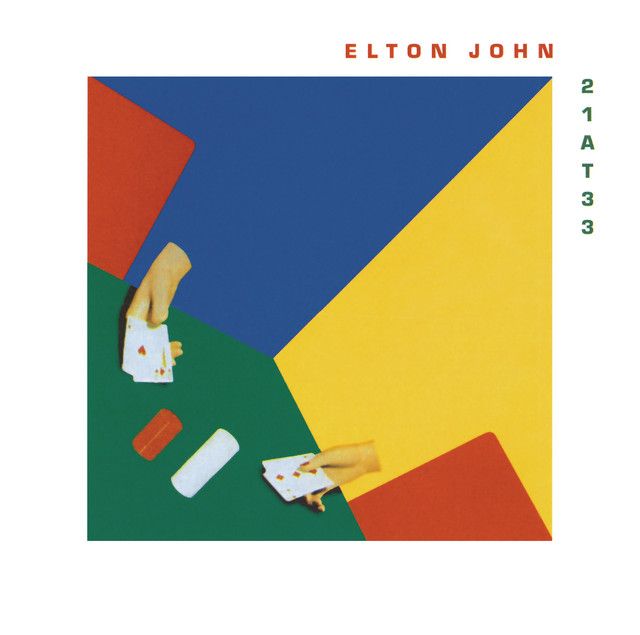 The bonus feature was a splendid fiddle solo by Byron Berline, whose pristine resumé had included time with Dillard & Clark, the Flying Burrito Brothers and an appearance on the Rolling Stones' 'Country Honk'. 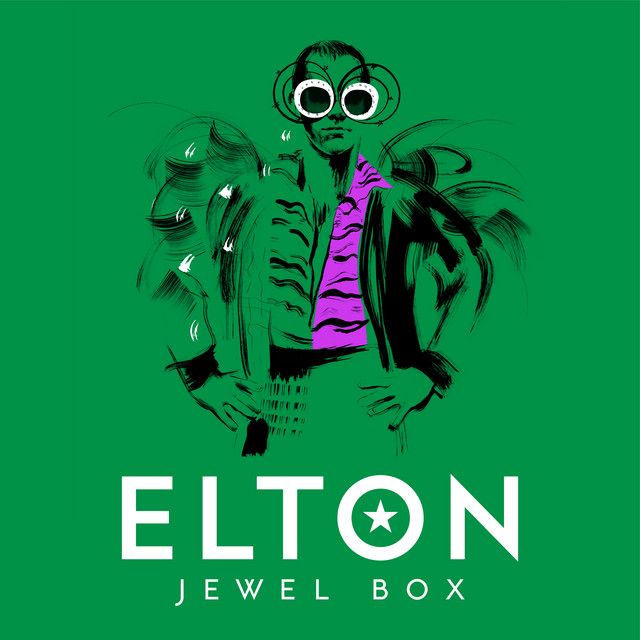 Can't Get Over Losing You

This obscure early '80s flip-side got some new love as one of the dozens of lesser-known trinkets in 2020's exhaustive Jewel Box collection.

As the Stones and others have found, there's sometimes a tendency for rock stars to ham it up when they do country, but this oozes such authenticity, you could almost imagine a stripped-down version in the country heyday of another of Elton's heroes, Jerry Lee Lewis. 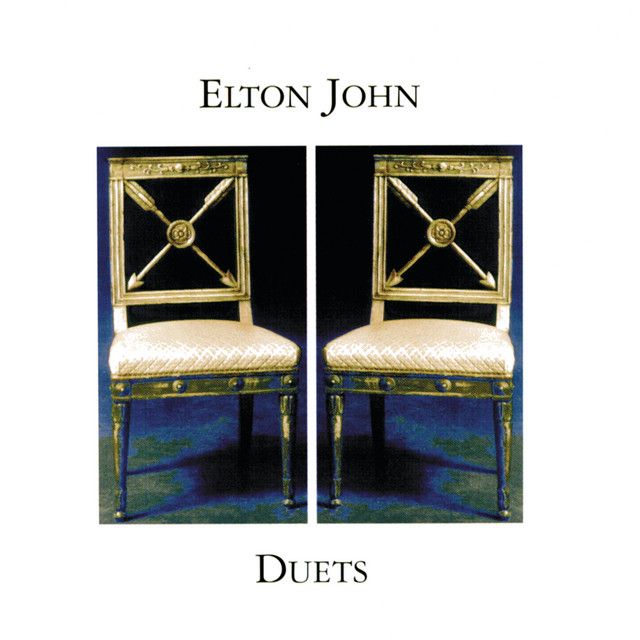 The chance to add Tammy Wynette to the glittering cast list on the Duets project (Little Richard, Gladys Knight, Bonnie Raitt, George Michael, you name 'em) was one that Elton seized like the music nut he was, and is.

It opens on his solemn piano before their vocal interplay makes it a worthy late entry to Tammy's canon, before her death in 1998. 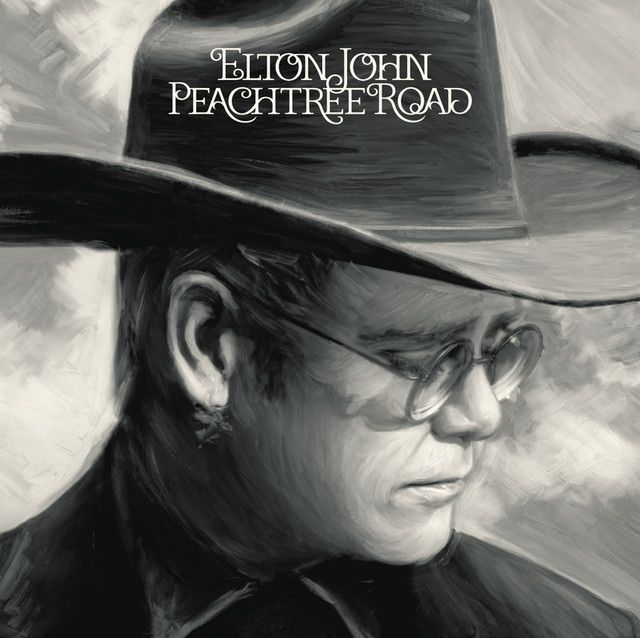 Turn The Lights Out When You Leave

Band member John Jorgenson takes the steel guitar feature that enriches this highlight of the only album in Elton's entire catalogue that he produced himself.

It's a defiant message at the end of a love affair, with the star delivering Bernie's clever words (“if everything's been said, I'm heading back to bed”) in true country fashion.

So Sad The Renegade

For such an unknown extra, this is a particular gem, effortlessly advertising Elton's pop sensibilities and his instincts for a great tune and adding just the right touch of (pedal) steel to make it country.

It's a fine band performance too, with long-time compadres Davey Johnstone and Nigel Olsson and later members Bob Birch and John Mahon all doing their part. 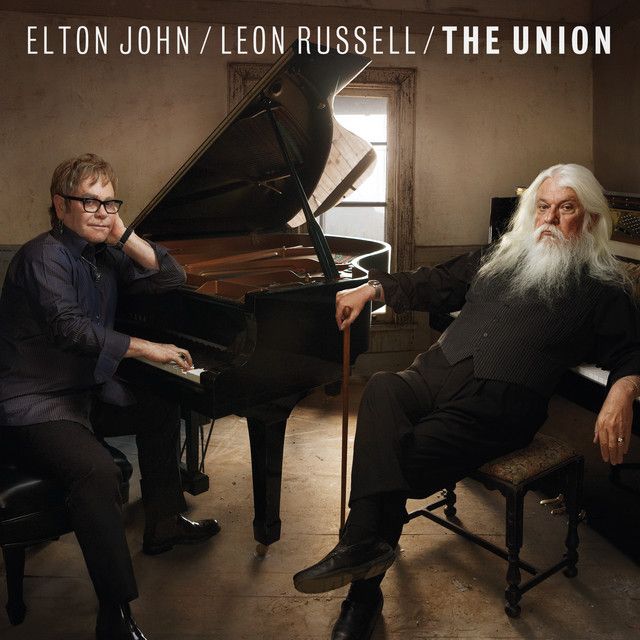 This was the album on which Elton very deliberately completed a full circle back to his early musical guiding light, by inviting his idol Leon Russell to share the spotlight.

Leon's Oklahoma roots come through with particular effect on this acknowledgement of Rodgers, the “Singing Brakeman” and true country pioneer. 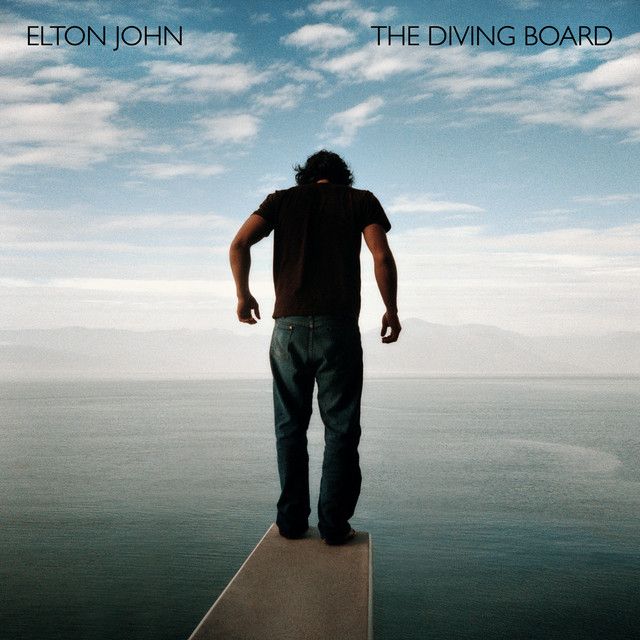 Not a big hit, but nevertheless Elton's 70th (you read right) Adult Contemporary chart entry in the US, and a delightful salute to the American culture that is core to his being.

As Taupin writes in the hook, “things have to change and they might”, but one thing that won't change is Elton John's adoration of country music.