“I am my father’s son / I’ve never known when to shut up,” sang 27-year-old Justin Townes Earle (aka J.T.) on his song ‘Mama’s Eyes’ back in 2009. Even then he was exploring the blessing and the curse of being fated to follow in the footsteps of his father, Steve Earle.

J.T. tragically passed away in August 2020, from an accidental “acute combined drug toxicity”, yet another victim of the raging opioid epidemic, use of fentanyl-laced cocaine resulted in his overdose. Outspoken to the end, J.T. never hid his struggles with addiction – much like his father. There was always something different about the way that he used drugs and drank compared with his friends, and J.T. himself said he thought that people with drug problems are missing something inside. His songs couldn’t disguise how he felt, and on the title track of his final studio album, The Saint of Lost Causes, he even sang: “Truth is that this has been with me so long / That I must admit I kinda like the pain”. 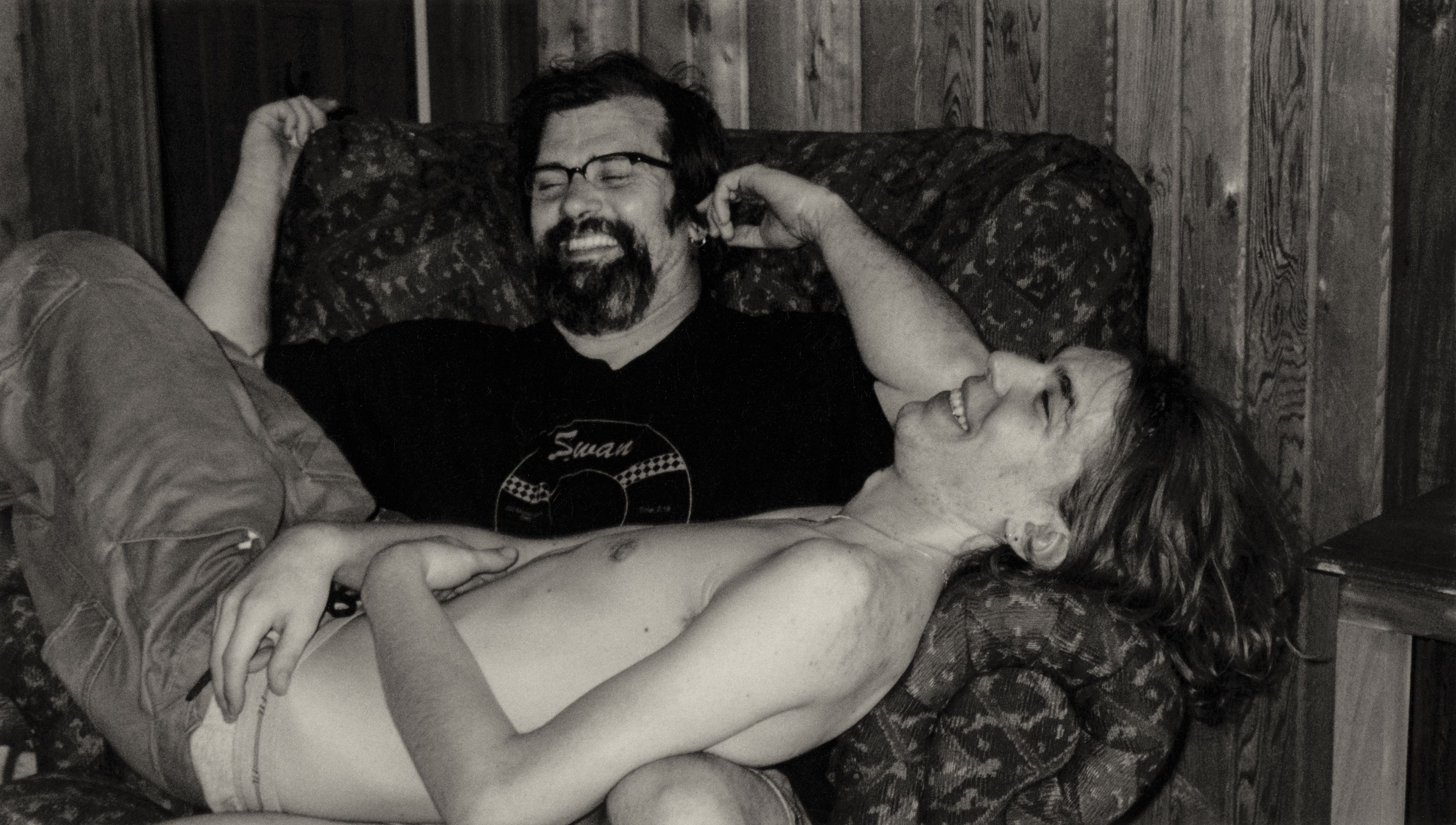 Just a few months on from his son’s untimely death, Steve Earle has gathered his trusted band, the Dukes, to record some of Justin Townes Earle’s most memorable compositions for an album they’ve named J.T., released on what would have been the Americana star’s 39th birthday. J.T. had said he hoped his three-year-old daughter Etta would have a better life than him – and all the artist advances and royalties from this record will be donated to a trust for her.

Neither man ever tried to hide the complexities and difficulties in their relationship, but there are moments when their stars and paths aligned"

Steve looks back on this extraordinary past year where father and son found themselves back in Nashville. He says they both sat out the last summer of J.T’s life in Tennessee, grounded by the pandemic. “We spoke often those last few months, saw each other a handful of times and I talked to him the night he died. I am grateful for that.” To mark this, Steve composed a new song, ‘Last Words’, which features on the album and comes straight from the heart, unfiltered and raw. “Last time we spoke, was on the phone, and we hung up and now you’re gone/ Last thing I said, was I love you. Your last words to me were, I love you too.” With simple, candid lyrics Steve also recalls that very first moment he laid eyes on his new-born son and cradled him; “I was there when you were born / Took you from your mama’s arms / I wish I could have held you when / You left this world like I did then.” Steve even remarks that J.T. departed this world “a little over a mile from where he came in.”

Neither man ever tried to hide the complexities and difficulties in their relationship. Steve had already had a rocky time with his own father, and when he’d phoned his parents to tell them that J.T. had been born, his dad had answered; “immediately upon hearing his voice, I burst into tears and apologised for every shitty thing I’d ever said or done to him, which was a litany”. J.T. said that ‘Mama’s Eyes’ focused on somebody who’s exactly like their father, even though it was the last thing they wanted to be - they set out to not end up doing the same things their daddy did.

Like J.T., Steve has talked openly of his own addictions, admitting he “just was an addict who became able to afford better and more drugs until I got into trouble.” This stretches back to when Earle and The Pogues’ singer Shane MacGowan were scouring the clubs for research back in the late eighties, “where he was covering dance music, I was covering dancehall. I learned a lot, but it was mainly an excuse to take club drugs.” The label would stick, David Simon creating a role specifically for Steve in his 2002 revered TV series, The Wire, “he gave me a part where I don’t have to act, or even worry about acting, because it’s a redneck recovering addict, so all I have to do is show up”. Earle's own experiences never made father-son connections any smoother. When J.T. was asked if he had anyone warning him against dabbling in weed when he already had a history of addiction, he told Rolling Stone; “My dad’s one of them. I was like, you do you. I’ll do me.”

Yet there are moments when their stars and paths aligned, such as when young Justin joined Steve in Chicago and forged a mutual appreciation that would define both their careers. Teenage J.T. had always been what he termed “white trash from Tennessee”, listening to punk rock, metal and hip-hop, well away from his friends who didn’t share his eclectic tastes. Most of all he loved Nirvana, and had his eureka moment, as Steve explains, when Justin accompanied his father on a teaching sabbatical to Chicago’s Old Town School of Folk Music. It transformed him into an acoustic blues practitioner. “He’d only been interested in electric guitar until seeing [Kurt] Cobain hunched over the big Martin acoustic on MTV Unplugged; I pointed him towards the original recorded version in my record collection. Leadbelly was next to Lightnin’ Hopkins and Lightnin’ next to Mance Lipscomb, next thing I knew he was playing stuff I’d been trying to sort out for years”.

J.T. soon became obsessed with Leadbelly, Woody Guthrie, Sonny Terry and Brownie McGhee and Son House. He put down the guitar pick and started playing with his fingers, setting aside electric for acoustic. There was a healthy rivalry, with J.T. saying that his dad challenged him to try to play that way – and he did. Far from J.T. just taking some classes in Chicago, as Steve says proudly, “within a few weeks he was teaching finger-style guitar.” J.T. would go from a ragtime band (the Swindlers) to a country-punk outfit (the Distributors), to even becoming a Duke in Steve’s touring ensemble, until he was chucked out for some unacceptable behaviour in Berlin.

The turning point came when J.T. started writing his own songs, his father succinctly rating them as “really fucking good”. Yet, J.T. would divulge; “you don’t get to write songs the way that I write songs if you don’t, y’know, live.” He recognised the long history of songwriting, and that by doing this for a living, he owed something to the past, perhaps his own salvation. In a 2019 Rolling Stone interview he said; “If I didn’t do that, I would be insane, I’d be in prison or dead right now. There’s something therapeutic about it. I love being onstage, love writing songs.”

Once again like father like son, Steve echoes the sentiment: “I always felt lucky being able to make a living doing something I love. I never was somebody who felt entitled to this – entitled to be successful. I knew how hard it was and it took me too long to achieve it. I never made over seven thousand dollars a year until 1986. So I was never ungrateful.”

As J.T forged his own career, it was quickly possible to trace the links between their songs, styles and worldview. Steve says he communicates in strictly political terms; “My whole style of writing is as much journalism and literature. It’s hard to write stuff that’s just putting out hard information, make it rhyme and carry a tune – and sound convincing.” There’s the self-deprecating tone in which they frame themselves, as on J.T.’s lyrics in ‘Ain't Glad I'm Leaving’, while Steve always undercuts his own importance and hubris: “I watch the NBC evening news, just to see if the world blew up / while I was trying to make up a hillbilly song.” J.T. expresses nihilism, alienation and constantly leaving on “I Don't Care’, ‘Far Away In Another Town’, ‘Lone Pine Hill’ and of course, ‘Harlem River Blues’, where he says he knows “the difference between tempting and choosing my fate.” They all fit Steve’s voice and style like a glove, as he covers them all tenderly on J.T.

As for J.T., even though he always ploughed his own musical furrow, in an NPR interview back in 2008, he admitted it was a really hard family to rebel in. “I didn’t do anything differently than what my father was doing. I could have become an accountant. Or I could have become a Republican — that would have really pissed him off.”

You would forgive Steve Earle for getting through this time of grieving for J.T. through more work. He knows he’s lucky to still be around, and is sanguine about his own survival, despite being a recovering addict. Maybe he can also offer a cautionary tale, as even though many people love and root for him, he says there are also “people who take notes, so they know what not to do”.