Lauren Alaina: Getting Good at Being You

When she calls to chat, Lauren Alaina is sitting in her closet surrounded by sparkly things. It’s a perfectly arranged wardrobe; filled with sequin jackets, embellished denim, rhinestone-adorned dresses and high heeled shoes. So many shoes. The soft glow of pink washes over the ceiling of the closet. As wardrobes go, this one is spectacular - fit for a country music superstar.

“These are all my stage clothes,” Alaina admits. “I have another closet for what I actually wear in real life” she laughs, as I continue to marvel at the racks of clothes behind her. We continue to joke about how most days we are pulling clothes from a laundry basket instead of organized hangers.

Lauren Alaina may be a superstar, but she’s just like us.

So many have come to love her from her time on American Idol, when the then 16-year-old was runner up to the eventual winner and her country contemporary Scotty McCreery. Since then, this effervescent personality has been through a lot in her years in country music.

At 26, she has already had a career full of ups, downs and many disappointments, but it has not changed her. She could be bitter or jaded, but instead remains the bubbly, optimistic girl from Rossville, Georgia 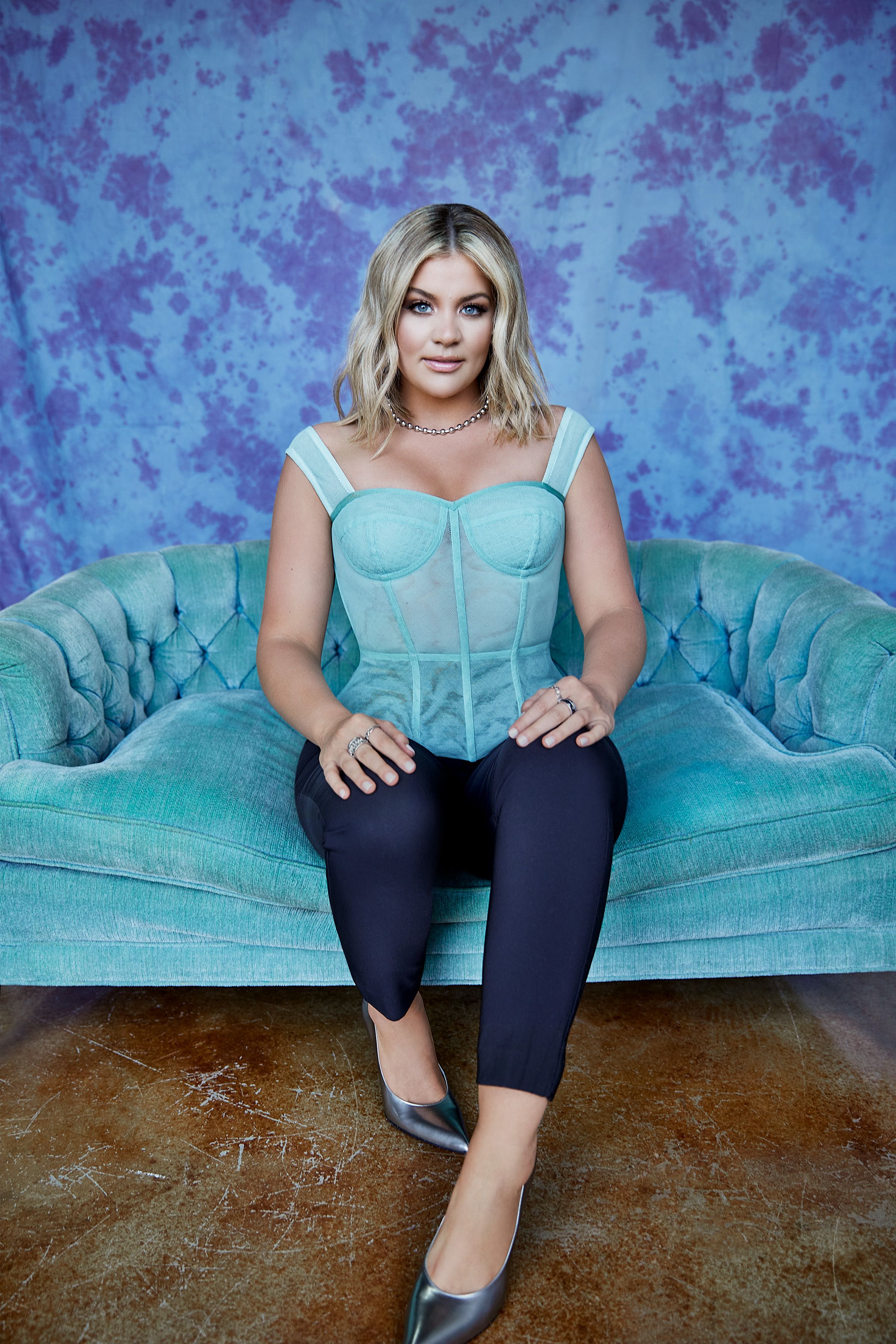 Indeed, it is. With three major projects all being released within a few weeks of each other, it’s obvious Alaina went to work while the rest of us were baking sourdough. Using the time where she would normally be on the road, she was able write an album, a book and take the starring role in a Hallmark Channel movie. One of those projects alone is enough to fill out a whole calendar year.

“I tried to utilize that time; in a normal year, I could never have written a book, made a movie and an album. I would be touring and traveling so much that I would never have been able to do all three. Not getting to tour was devastating, but I just counted on finding a way to do things so that when we came back, we came back with a bang. I think we're going to do it.”

It wasn’t easy, but she is used to working hard. The new album, Sitting Pretty on Top of the World - despite the cheery title - reflects the struggles she has been through in the past few years.

“I wrote that song about depression” she explains, “I would look at this closet and would think I should be the happiest girl in the world, but I'm really struggling right now - I think a lot of us felt that way.”

“I wrote it with Sasha Sloan, who is one of my favorite artists right now. I saved the title specifically for her; we made it about a boy and a breakup, but really it's about putting on the facade of being okay when you're hurting on the inside.”

“For the last couple of years, I felt that way a lot", she continues. “I went through two really crazy break-ups and I lost my stepdad to cancer. After one of the breakups, I went on national television the week after for Dancing with the Stars. I just smiled my way through it; I didn't want the breakup to take away from this amazing opportunity that I had. So, that song really represents how I felt over the last few years”.

Music has been a form of therapy for Alaina, being on the stage especially is where she says she feels the most complete. While her struggles have been public and she laments that, she knows she needs to heal in private. By channeling her feelings into song, everything she was going through personally and professionally is reflected through this album.

“I didn't want to address my second breakup at all publicly because it was just a really hurtful time. I didn't have any words to share about it. For me, I think this really says everything that I want to say about these experiences. Instead of having to address it, I wrote these songs and shared how I healed. This album is about healing, and I think that’s what the world needs the most right now. So, hopefully, it can help”.

Writing about your feelings in a song is obviously something Lauren is used to. Putting pen to paper and sharing those experiences in a book though is totally different. Her memoir Getting Good at Being You; Learning to Love Who God Made You to Be gets even more personal than any of her albums have. Alaina admits it was a challenge to be that open with her life story.

“It is very strange to write a book about yourself. Honestly, the most rewarding part was the first time I wrote down everything I've been through. It made me really proud of myself, but boy, it's vulnerable in a whole different way. It was overwhelming. It's hard work to write a book. It's a lot of work to talk about yourself".

"It's all about getting into a place of self-love and realizing that every piece of the puzzle is just a part of your story" she adds, "I share my journey, what I've been through, what I've overcome and how my faith has both grown and sometimes even wavered. It's really hard to write it and then read it about yourself".

Alaina was very aware that a book not only tells her story, but the stories of those people who were in her life. That is the part that made her pause. She wanted to protect her friends and family but also be authentic to herself. It was the passing of her step-father, Sam Ramker, that proved to be the most difficult to write about.

“I tried to walk in integrity and to just share how things affected me and tell it in a way that wasn't hurtful to anyone else; that was hard. The chapter on losing my stepfather to cancer tripped me up for a little while. I still can't read it without crying. The audio book's going to be fun”. 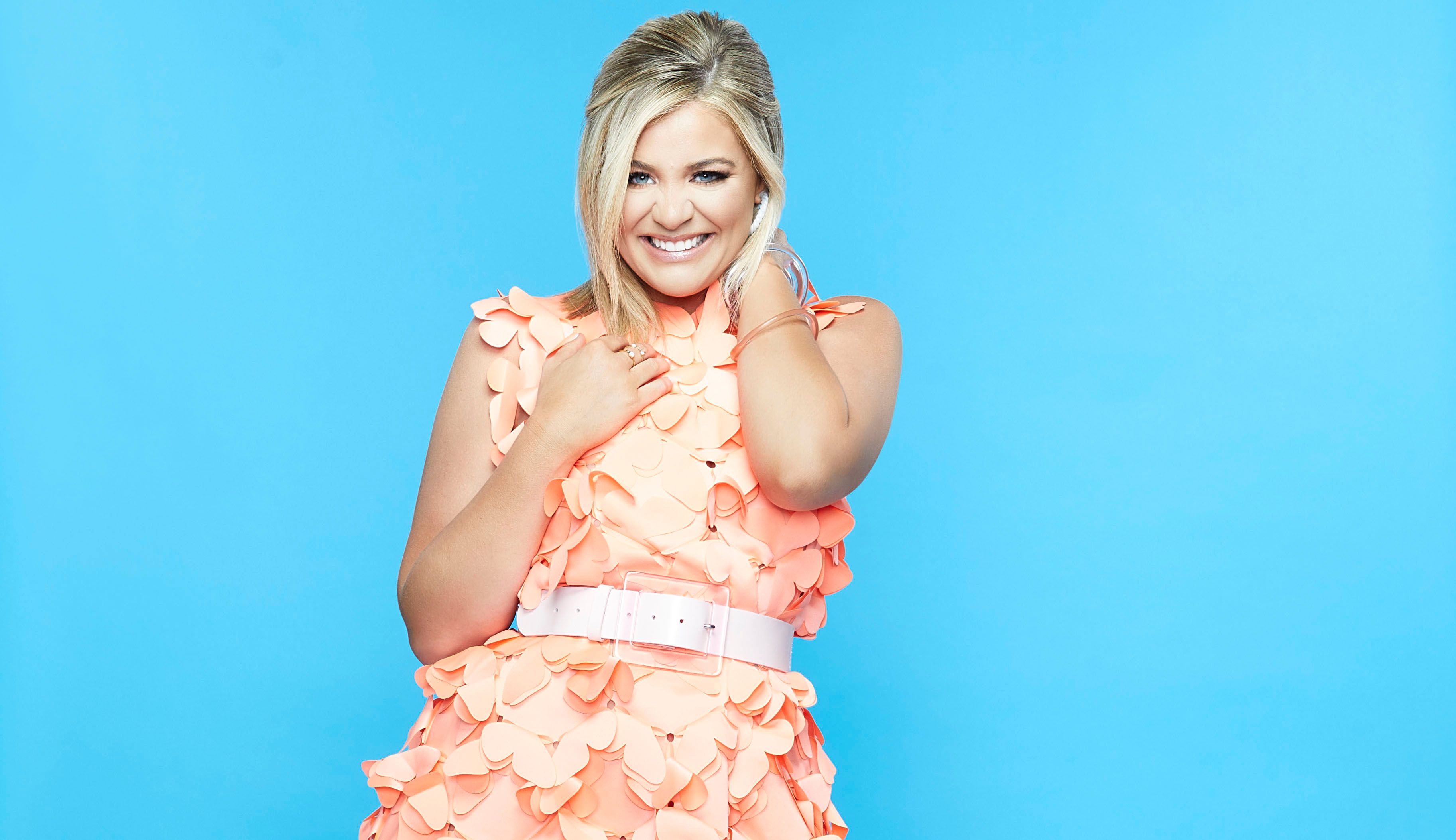 Her love of sharing stories has been transferred into song, written on paper and is now also spilling onto your tv screen. The last in her trifecta of projects for 2021 is a Hallmark Channel movie called Roadhouse Romance.

Alaina says she has been interested in acting for some time. (She previously starred in another movie Road Less Traveled in 2016.) She met with the Hallmark Channel executives years ago, but no projects seemed to fit until this one came along.

Being able to make this film takes on a deeper meaning for Alaina. She and her cousin would bond while watching Hallmark movies.

“My cousin Holly is my favorite person in the world. Literally. I tell her that every time I see her. She's had a very hard life, lots of health problems and she's bedridden now. I go stay with her, hang out and we watch Hallmark. So that is how we connect with each other.

We literally binge-watch those movies. The other day I actually got to go home and play her my own. It was one of my most proud moments ever. I started singing and she giggled and said, ‘Lauren, look at you!’ She said, ‘I hear you,’ and that was a big moment for me.”

Alaina has become more open and vulnerable, sharing parts of her life story with fans along the way. With each song, chapter and movie, she becomes even more relatable. It seems, quite simply, that everything she is near sparkles just that little bit brighter.

Sitting Pretty on Top of The World is out now. Her Hallmark Channel Movie Roadhouse Romance debuts Saturday, September 11th and her memoir Getting Good At Being You is out November 23rd.

Listen to Sitting Pretty on Top of The World below: