When you think back to where it all began, it’s as if Dan + Shay have always been perfectly poised for whatever kind of moment country music is having.

Maybe they are highly intuitive. Maybe they just keep getting lucky. But from their debut album in 2014 to their latest release of Good Things, Dan Smyers and Shay Mooney have known their place at every stop along the way.

The best example of that is their 2019 collaboration with Justin Bieber on ‘10,000 Hours’. A song Smyers, Mooney and Bieber penned with Jessie Jo Dillon, Jordan Reynolds, and Jason “Poo Bear” Boyd, it went on to win the Grammy Award for Best Country Duo/Group Performance. But outside of the country categories, the song was also welcomed with open arms at pop and adult contemporary radio stations, while featuring heavily across all the streaming platforms.

That takes us back to the right place, right time theory: A collaboration with Bieber back in 2014 would’ve likely been a massive fail. Like, “Who is this so-called country duo and why are they recording a song with a pop star?” But, just five years after that, it worked. Boy, did it work.

“Everyone was starting to suffer bro-country fatigue, so Where It All Began was a fresh start. Not just for Dan + Shay, but for country fans ready for a change”

The way Dan + Shay have had successes big and small shows they’ve always been good at reading the room. It shows, if you write your own kind of country right out of the chute, you can then explore, evolve and experiment and your fans will accept whatever direction you go in - particularly when you decide to veer a little off the beaten path. That’s also not to say that they are chasing trends blindly. They have progressed without any compromises, and without any drastic changes in their music - they’re unlikely to pull a Taylor Swift on the world. It’s the subtle changes that keep Dan + Shay forever on-trend while staying true to their roots.

In the beginning, when the world was introduced to the duo with the release of their first single ‘19 You and Me’, Where it All Began was backed enthusiastically by mandolin, banjo, cello and keys. They’d written every single song with help from a handful of Nashville hitmakers that knew the drill: Danny Orton, Nicolle Galyon, Rhett Akins, Ashley Gorley – the list goes on. It was a time when the world really needed country just like that. Everyone was starting to suffer bro-country fatigue, so Where It All Began was a fresh start. Not just for Dan + Shay, but for country fans ready for a change. 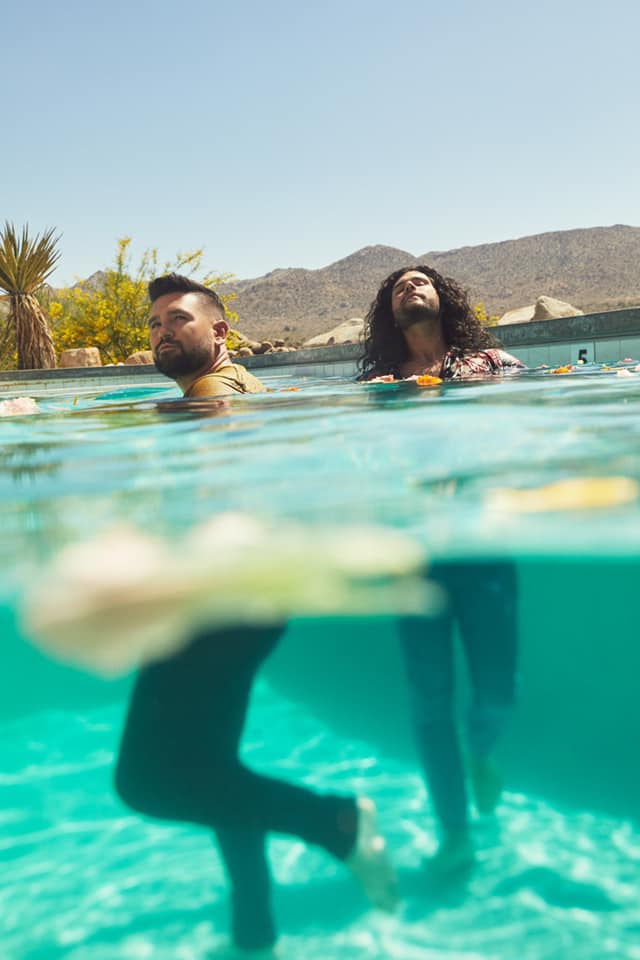 When it was time to ready their follow-up album Obsessed two years later, they’d said in interviews that they were not going to stray too far from their debut. While that may have been their intent, they did veer off instrumentally, in the best way. When listeners had had about all they could take of electric guitars and drum loops, Obsessed was there with pedal steel and, of all things, strings and brass.

As the genre became more earnest in its storytelling once again, Dan + Shay had plenty of that to share; ‘How Not To’ and ‘From the Ground Up’ for starters. Their roster of writers started to grow too, with steadfast Nashville champs like Liz Rose, Shane McAnally, Jesse Frasure and the late busbee hitching themselves onto the Dan + Shay wagon.

It was two years later when felt country fans took a collective shot of Dan + Shay’s ‘Tequila’. That one song hit all kinds of milestones for the band. Even though the gist of the song – you can’t drink that one drink because it reminds you too much of your ex – had been done before, it had never been done quite this well. If they weren’t already, country fans got addicted to Dan + Shay with that stiff shot. While it was the lead single off their self-titled third album, the duo were fully entrenched in what is now considered their signature vocal sound, especially Mooney’s soaring takes on songs like ‘Speechless’. The album also marked the first time they would collaborate with a fellow country-pop star - Kelly Clarkson joining them on ‘Keeping Score’.

“If there was a trend back then, it was do whatever Luke Combs was doing: be yourself, keep songs simple, don’t be shy about your influences, and sing your damn heart out”

What’s important about that particular climate in country music is that, by 2018, there was a new Luke in town. Man, was he everywhere. Luke Combs’ debut album This One’s for You had been released in 2017, and fans were drowning in the No. 1 hits of his that never stopped coming. So, if there was a trend then, it was do whatever Luke Combs was doing: be yourself, keep songs simple, don’t be shy about your influences and sing your damn heart out.

It all now brings us to Good Things, their fourth studio record, released earlier this month. An album you feel the duo have been building towards for the past seven years.

In a recent call about the new music, Smyers and Mooney freely admitted that in their opinion, biased or not, this is their best album so far. “We've got more of a spotlight on us - more eyes and more ears on our music, and I think that's good pressure,” Smyers said. “We feel like we owe it to our fans and to the community to keep raising the bar and keep pushing ourselves. We had time to think through things on this one, but we also tried to keep ourselves at bay not trying to overthink it”.

Citing Good Things singles ‘10,000 Hours’, ‘I Should Probably Go to Bed’ and ‘Glad You Exist’ as ones that they think have taken them to the next level, they also shared that such success doesn’t come without high expectations. “When we're in the writing rounds, I guess it is more difficult now; we sit down and we're like, ‘Here's the title. Here's the hook. Here's an idea’. But is it as good as the stuff we put out in the past?” 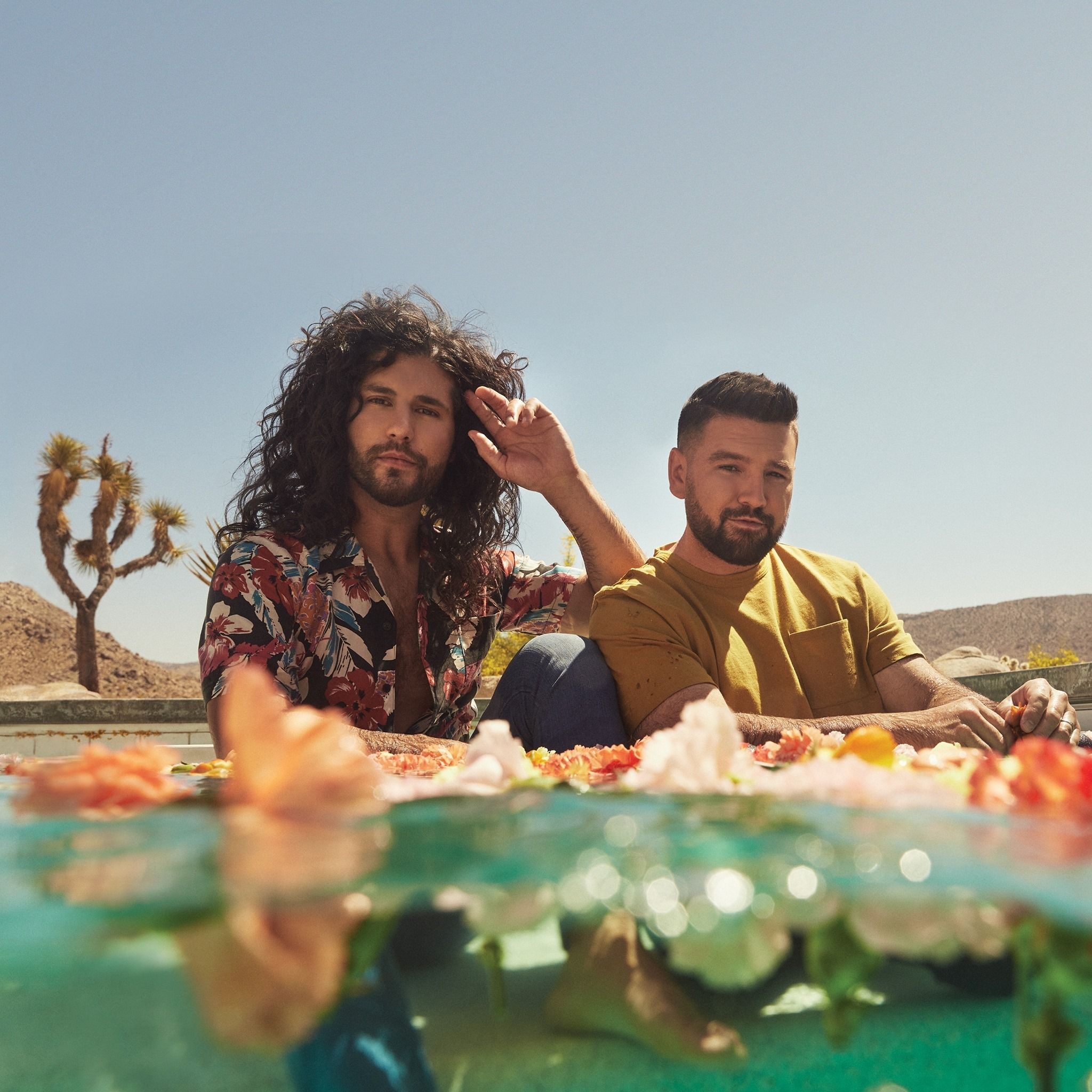 It is important to both of them, they said, to please the fans who put them here in the first place.“When you put out an album, you're always anxious. You feel like you gave it your best, you put your stamp on it, and then you throw it out there in the world. You just hope that people are receptive”.

Receptive is putting it mildly. Just days after its release, Good Things became the first country album in the streaming era to achieve RIAA Gold certification upon release, and ‘Glad You Exist’ – a song Smyers and Mooney called “a love song to their fans” - went to No. 1 on both the Billboard and Mediabase Country Airplay charts.

Once again, as the mood shifts in the country music world, Dan + Shay have made music through a certain lens.

Once again, as the mood shifts in the country music world, Dan + Shay have made music through a certain lens. It reflects the joy that comes out of emerging from isolation and seeing the light at the end of the tunnel. This is not the time for sad songs about cheating, divorce, abuse, death, violence and/or prison - we have been living through bad things.

We need positivity, please; backed by some quiet acoustics and harmonies. That’s the focal point of Good Things. It’s not a record full of the kinds of songs Smyers and Mooney were making in 2014, rather it’s the two of them once again landing in front of their fans with the right songs at the right time. Silver-linings music, in a way. It’s music that will make listeners see the good, even in the not-so-good.

As the chorus of the title track says; “When you think of me / I hope you think good things”. 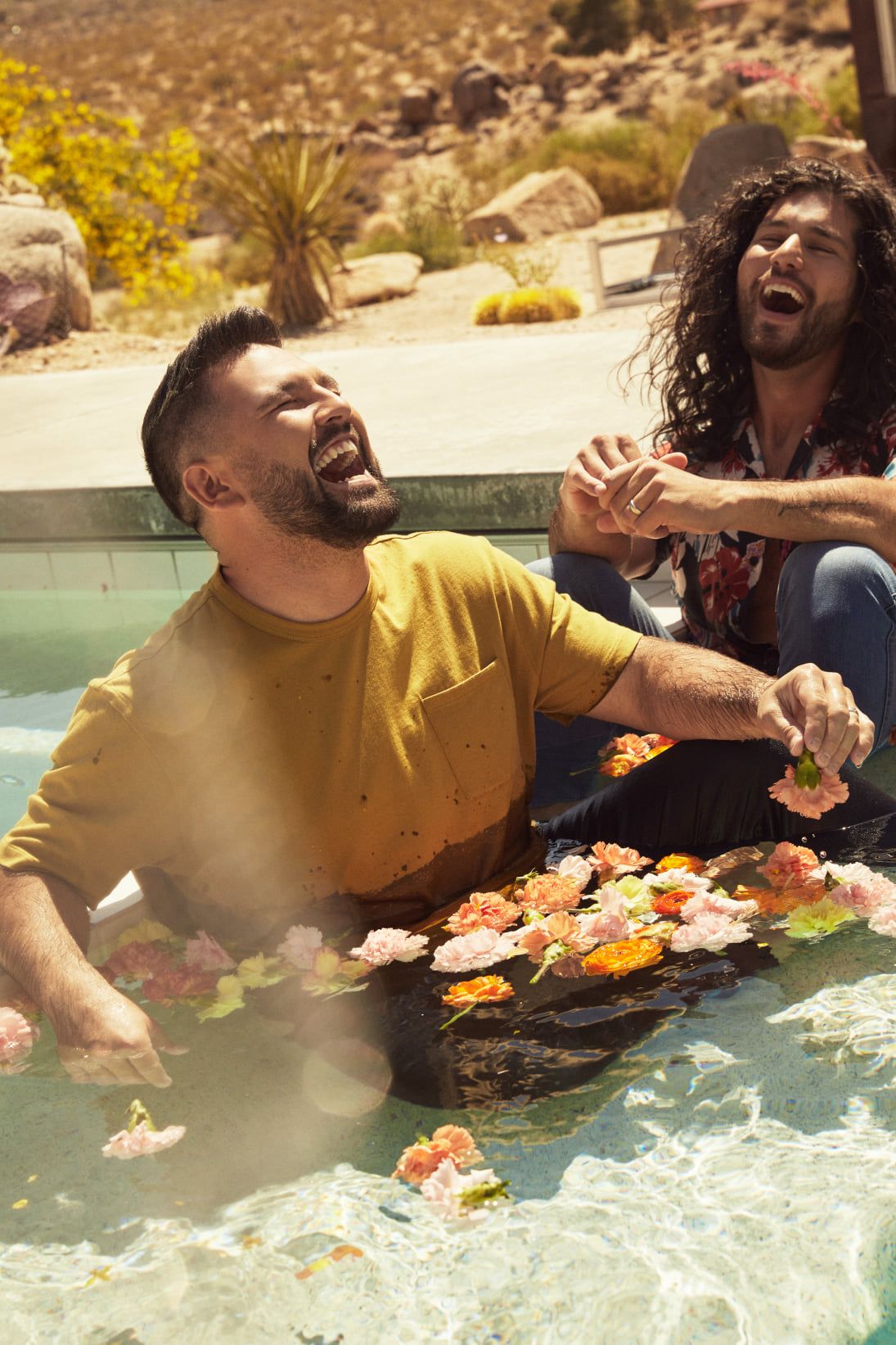 Dan + Shay's new album, Good Things, is out now via Warner Music Nashville. Watch the video for new single 'Steal My Love' below.