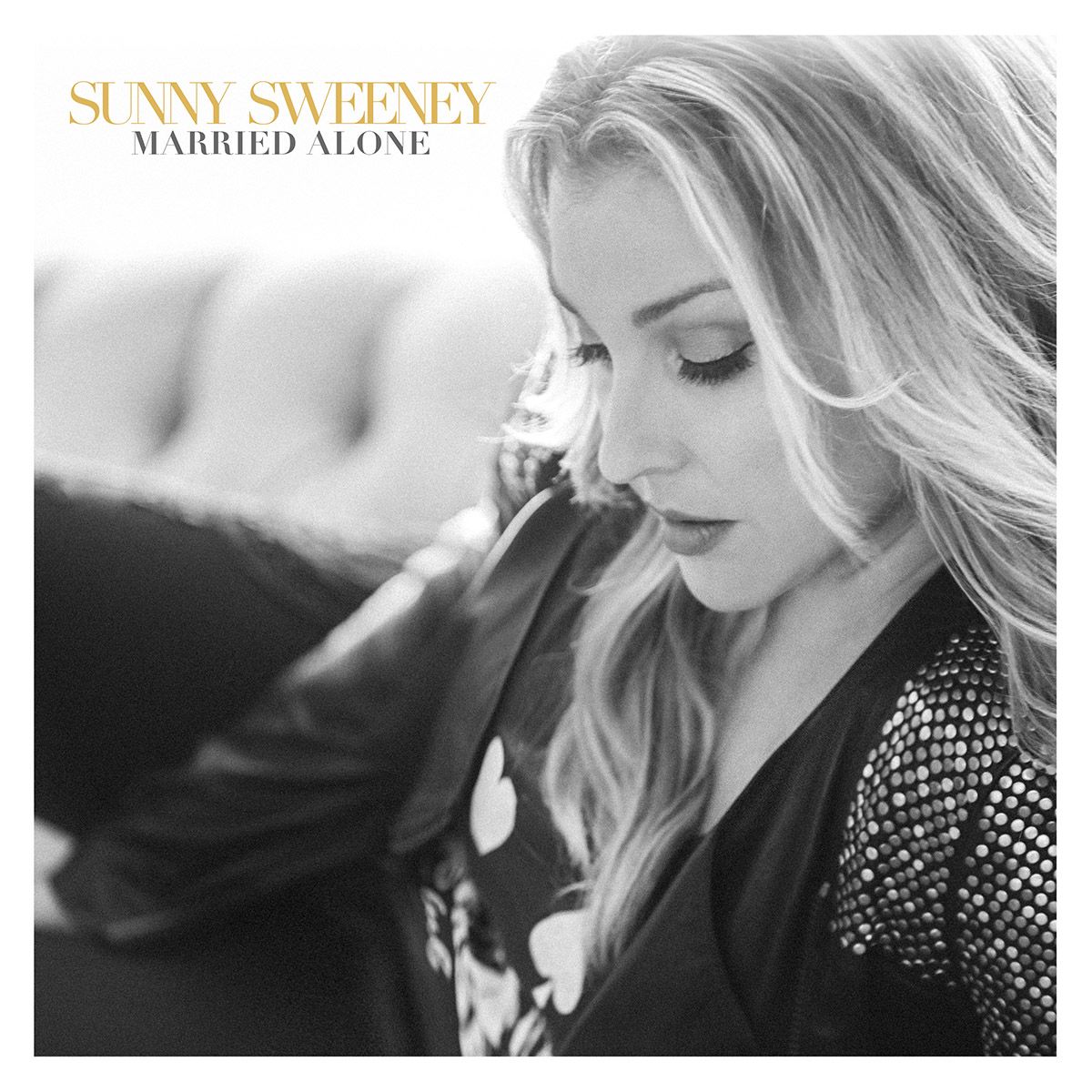 As soon as that cheeky little guitar lick and the thumping four-to-the-floor bass drum kicks in you know we're in seriously classic country territory here, folks. If I didn’t know better I’d say the DJ had just dropped a deep cut from some late 70s Waylon record, but then our hero’s voice cuts in and the whole bar stops. Holy shit!! It’s Sunny Sweeney!!

“I take care of my business, and I take care of my blues / I’ve walked a million miles in these high heel shoes”, she sings, like someone who has a point to prove. Even though she doesn’t. Not to us anyway. We’ve always known how special she is. This record is just the sound of her coming to claim her crown.

A country music fireball who mixes up a Tennessee songwriting suss with a Texas taste for trouble, she’s equally capable of mixing it up with music city’s mainstream as she is the outsiders and misfits from alt-country’s fringes.

After five years away, she returns with Married Alone, her fifth studio album and the follow-up to 2017’s critically acclaimed Trophy. Co-produced by beloved Texas musician and larger-than-life personality Paul Cauthen and the Texas Gentlemen’s Beau Bedford, Married Alone is Sweeney’s most accomplished record yet. It’s a loosely conceptual album about loss and healing that pins her usual confessional songwriting onto a thumping country sound that’ll turn itself up to 11 and wind the car windows down for you; blowing through your hair and making you feel invincible. God it’s good. Sunny Sweeney has always been cool, but she’s never been this cool before.

Married Alone began as most of Sweeney’s projects do: with a visit to her deep vault of unreleased songs. Since debuting with Heartbreaker’s Hall of Fame in 2006, Sweeney has been a prolific writer, writing whatever is on her heart rather than with a particular project in mind. That habit afforded her a rich well of material for Married Alone, some of which is over a decade old.

“I have a lot of older songs that still make the cut of like, ‘Am I gonna put this on a record?’ And I always start with those songs, songs that have been important to me for whatever reason. And then I try to build around that. It doesn't necessarily have to be around a theme, but sometimes it turns out to be that there is one.”

The theme turned out to be that kind of complicated grown up heartbreak that you go through when you're older. The kind that feels like it's full of an almost existential sadness as the album follows a marriage as it falls apart around the two people stuck in it.

Vince Gill joins her on the heartbreaking title track. Written by Josh Morningstar, Autumn McEntire and Hannah Blaylock, it’s raw and tender and feels like listening to two people punch themselves in the face. “Together apart, married alone / It’s hell on the heart lying in the dark”, the pair sing, Gill’s voice as sad as it always is. “Honey it ain’t a home / There may be rings on our fingers, but we’re married alone”

“My jaw hit the floor when I heard that song, because I had just gone through my second divorce, which is also cliche of a country singer,” Sweeney says, with a laugh. “I was still pretty raw about my divorce, but also very candid and trying to find levity in the situation. You have to be able to laugh at yourself at some point and not let it just totally get you down.”

‘How’d I End Up Lonely Again’ picks over the pieces of that marriage once it’s finally fallen apart, as a pedal steel sighs softly in the corner: “No TV, just four walls closing in / Hell, I’d take a neighbor knocking or a phone call from a friend / How’d I end up lonely again”.

“Two of us in the room were in the middle of divorces”, Sweeney explained about writing the song with Josh Morningstar and Channing Wilson. “One of us on our second, one of us on our third. Nothing is more depressing than sitting there talking about empty houses and missing what we once had.It kinda poured out, simply based on the emotions flying around the room”.

Producer Paul Cauthen steps out from behind the mixing desk to join Sweeney on ‘A Song Can’t Fix Everything’, a so-country-it’s-actually-kinda-cute duet and a paean to the healing power of music; even if it’s only temporary.

It all gets delightfully Tammy Wynette on ‘Want You to Miss Me’ – a sweetly honest take on the complexities of a difficult breakup - while ‘Wasting One On You’ is a cheeky slice of brassy country soul as our hero is up and out and putting herself back out there again. Sure, it might get messy, but sometimes you’ve just got to roll with the punches. If you don’t risk pulling one, you’ll never land one.

The loose concept album weaves in and out of heartbreak and hopefulness until the final moment when all that’s left is Sweeney, lying awake at night looking at the ring on her finger. Written with Lori McKenna, it’s unbelievably beautiful. Full of that powerful stoicism that every women in country music from Tammy to Loretta and Dolly to Miranda have always seemed to be so good at tapping into.

“We hurt each other and we don’t know why / Sometimes love will hate and the truth will lie / By now someone else would have disappeared / But I’m still here”, she sings, as the record comes to a close.

Recorded at Modern Electric Sound Recorders in Dallas, Texas alongside Cauthen, Sweeney and her producers had always planned for Jeff Saenz to mix the album, but in the summer of 2021 — a few days before mixing would start — the widely loved, Dallas-based producer was electrocuted in a freak accident that left him without use of his arms. The group put the album on hold until they had word Saenz would pull through. While Sweeney was anxious to get her new music out, Saenz’s accident shifted her priorities.

About eight months later, Bedford had a surprise for Sweeney. When she arrived at the studio for one of their final mixing sessions, Bedford had brought Saenz along. Saenz was able to help the group finish up the album, a full-circle moment that was especially emotional for Sweeney.

“It was exactly how it should have been,” she says. “And it was really, really emotional. Jeff definitely is a part of this album; I really wanted him to be a part of the album. And Beau knew that. So, Beau went and he made that happen.”

It’s another emotional moment in the making of an album that lays it all out on the table and won’t leave many dry eyes after listening.

“This is dedicated solely to the best fans in the world. I’m eternally grateful for each and every one of you, every single day”, reads the dedication in the album’s liner notes.

Everyone knows how great Sunny Sweeney fans are! So, especially for all of you, here it is – her brand new album a whole day early!! Happy Sunny Sweeney Day!

You can listen to Married Alone by Sunny Sweeney premiering exclusively at Holler below. The album is released on September 23rd on Aunt Daddy Records via Thirty Tigers.