If there’s any silver lining to the year that’s passed, it’s that times of chaos will often offer newfound clarity. As it turns out, clarity makes room for some of the bona fide very best country music.

At least that’s the case for Justin Moore, whose brand new record Straight Outta The Country has him immersed in his rural roots. The album stemmed from various songwriting sessions with prolific hitmakers like Rhett Akins, Casey Beathard, Jeremy Stover, Josh Thompson, HARDY and more. Moore’s signature twang is a pressing reminder that country music doesn’t need to do anything but be itself.

The title track - which Thompson, Cam Montgomery and HARDY wrote - isn’t, according to Moore, going to change the world. “What it is, though, is one of those songs that has become a staple for us. It's rowdy and raucous, and it'll be great when we can play it live. I would liken it to ‘Backwoods’”, he says, throwing back to the Lordy-have-mercy rural anthem from his self-titled debut album. “Josh (Thompson) just don’t write bad songs, and I am looking forward - as soon as we can – to seeing if that comes to fruition and if the fans are digging it.”

“We chose ‘Straight Outta the Country’ for the title track because of where I’m from,” he said of his small hometown in Arkansas, “it’s also where I’ve been for a year straight. All of this new music is really a continuation of what we did on the last album, which was more country than anything we’ve ever done.” 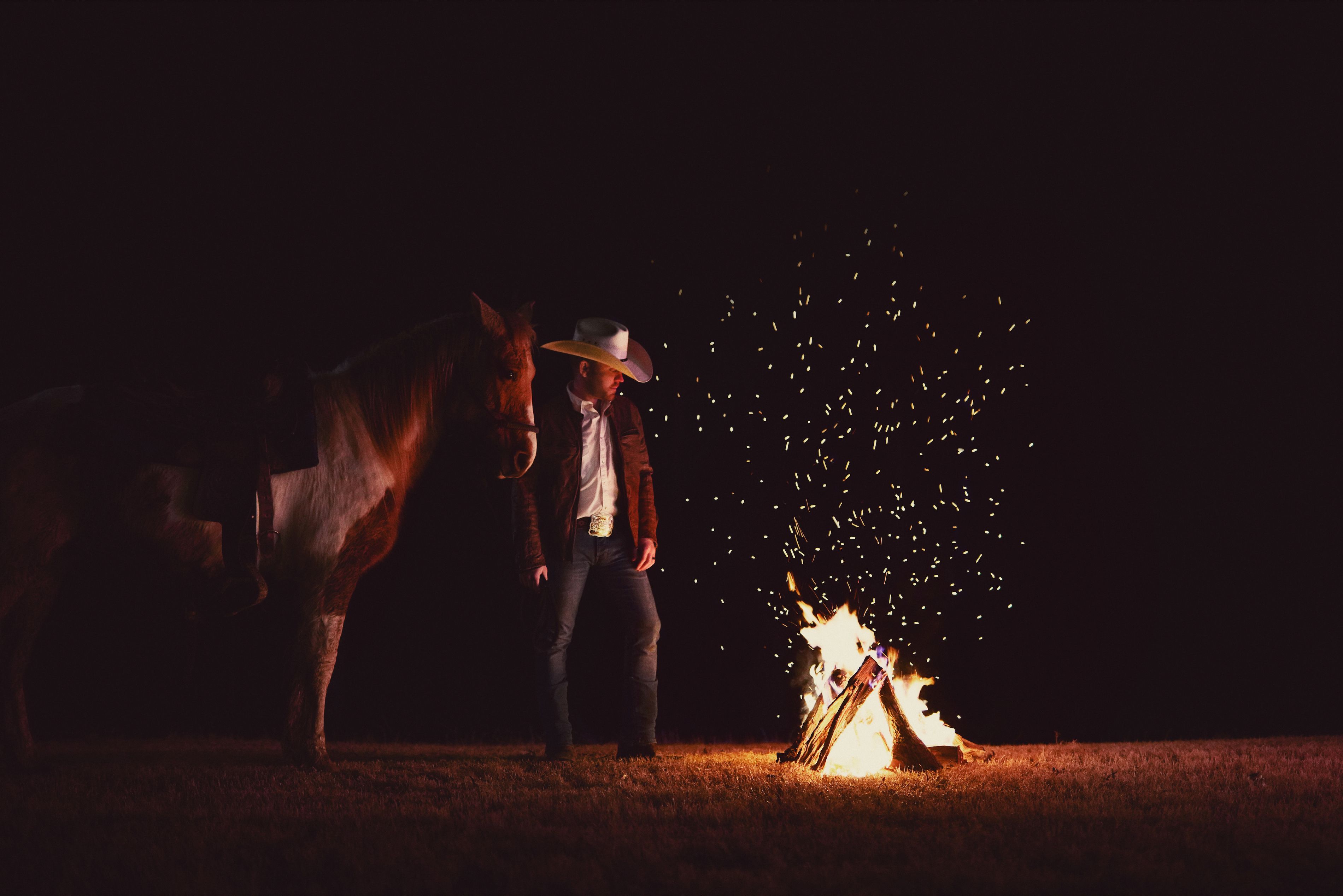 Even though Moore claims that, artistically, nothing has changed about the way he approaches music-making, he admits that the technology of it all has evolved. For him, it’s still like the old days, just with a bit of a tech upgrade. “When we started recording my first album in 2007, it was a different process back then. You had a little recorder you brought with you when you were writing songs. That and an acoustic guitar,” he says of when he was cutting his first single, ‘I Could Kick Your Ass.’ “I’m one of those old-school guys who was in and out of airports all day, dragging my guitar onto airplanes. Now, new artists may not have to do that because of the pandemic. That was character building for us, but now they may never have to live that life.”

In a call from his home in Arkansas, just past Little Rock, Moore settled into an easy conversation with Holler about how the new music sounds a lot like the collection of songs that landed him where he is now, a good 13 years after his debut. While catching up on the music, our talk eventually turned to the lessons we all learned during the Covid quarantine. After having a serious think on it, Moore told us (with carefully measured words) what his essentials were: the five things he could not live without. When you cling tight to those, it seems, you can get through just about anything.

This might sound super hillbilly, but Lynyrd Skynyrd is my favorite band of all time. Nobody’s ever gonna convince me that they’re not the greatest band of all time. They greatly influence my music, just as much as George Strait does. It’s pretty evident that I’m influenced by Southern rock, and nobody did that better than Skynyrd, in my opinion. I distinctly remember, when I was about 10 years old, my older cousin - who is like a brother to me - had a red IROC-Z Camaro with a cassette deck in it back. I remember blasting Skynyrd through the T-tops and thinking, “Man, this is the coolest music ever”. So The Essential Lynyrd Skynyrd album from 1998 is one I can’t live without.

I couldn’t live without them. For example, my grandma and grandpa both passed, and I recently got a text from my aunt. She sent across a picture of my grandma and me when I was probably 5 years old, and we’re sitting on the front steps of her house. I had an Arkansas Razorbacks shirt on, and it brought back a ton of great memories that she and I had together; that led to me wishing I still had that shirt so my son could wear it. It made me think about how special my grandparents were to me. It would be unbelievably sad not to have all those memories.

My place of Zen is on my tractor. Living on our property, I enjoy all the things I have to do; it’s almost a hobby of mine. I also wouldn’t want to do the things I have to do by hand, so it’s nice to have a piece of equipment I can rely on. We have half and half-timber to pasture and 130 acres, so that’s a lot of bush hog and cuttin’ grass - to do that on a lawnmower would take me about six months. We planted a garden last year, so having a tractor with a tiller made that easier. We had crazy snow here a few weeks ago too, which has never happened here - we had 18” of it, which is unheard of. Clearing our driveway was easier on a tractor than with a shovel, that’s for sure.

I eat eggs every day; I could not go without them. One of our best friends has a bunch of chickens, so we get fresh eggs all the time. I go through them all. I can eat them anyway: egg whites, fried eggs, sunny side up, scrambled, and I can eat them for breakfast, lunch and dinner. As a matter of fact, today, I had an egg white omelet with asparagus and tomatoes for lunch. Through the whole pandemic, I’ve just been like, “Screw it” - I’ve eaten more chicken-fried steaks throughout this year than I’ve eaten in the past 15 years. But I know we’re getting closer to getting back out there and having to wear blue jeans too tight, so I thought I better rein it back in for a couple months and get back in fighting shape.

It goes without saying; I think everybody would agree with that. My wife and my four kids are everything, and that also extends to my parents and grandparents who I am very, very close to. They are still a huge part of my life and one of the reasons I moved back home to Arkansas, so I’m always around them, and my kids can be close to them.

Justin Moore's new album, Straight Outta The Country, is out now via Big Machine Label Group. Watch the video for the title track below.