It would be an understatement to say that country riser Tiera has fared pretty well this past calendar year. After being the first signee to Nicolle Galyon’s Songs & Daughters publishing company, hosting a wildly successful Apple Music show and being named in numerous watchlists such as CMT’s Next Women of Country, the Alabama native keeps checking boxes off with the release of her debut EP, the smooth and charming Tiera.

Built on her southern drawl, sun-kissed pop-sensibilities and ear-worm choruses, Tiera is one of the sharpest debut EPs of recent memory. In part, what makes Tiera’s sound and style - something she’s dubbed R&B Country - so inviting is her captivating confidence. Tiera blooms with joy; loaded with summer anthem singalongs such as the night-traveling ‘Shut It Down’ and the bubble-gum love sway of ‘Found It in You’. On the standout ‘Miles’, she’s joined by fellow country breakout artist BRELAND for an undeniably fresh and breezy collaboration.

Though she’s only lived in Nashville for a couple of years, the young singer-songwriter knows success doesn’t come easy. “When I moved to Nashville, I thought I was going to sign a record and publishing deal right off the bat,” she admits. “I think the biggest thing I’ve learned is that things take time. I’m still not the most patient person ever, but I feel like I’ve gotten a lot better at realizing this.” Still, it’s clear that Tiera’s optimistic spirit is one of her strong suits - it’s what makes so much of her budding song catalog so undeniably intoxicating.

How do you feel about your first EP finally being out in the world?

It’s interesting. When I first started releasing singles, I really had no idea it would eventually lead me to an EP, but it just made sense. This set of music is like a reintroduction. I released an acoustic EP some years ago and it really wasn't good - I’m really embarrassed if anybody still has it! But Tiera is a new kind of sound - R&B Country is my jam.

Honestly, I feel like that’s what comes naturally for me. In general, I’m a happy person and see the happy side of things, and I feel like that’s what most people want when they listen to music. A lot of artists love writing ballads, but the goal of my music is to make people feel good and make them forget about the crap that’s going on in their lives. So, every time I walk into the writer’s room, I’m like, “Y’all, we gotta write a jam.” I’m so not a slow song type of person, and it’s funny because a lot of the people I write with say it’s like a breath of fresh air. I’m really glad that translates through the music. 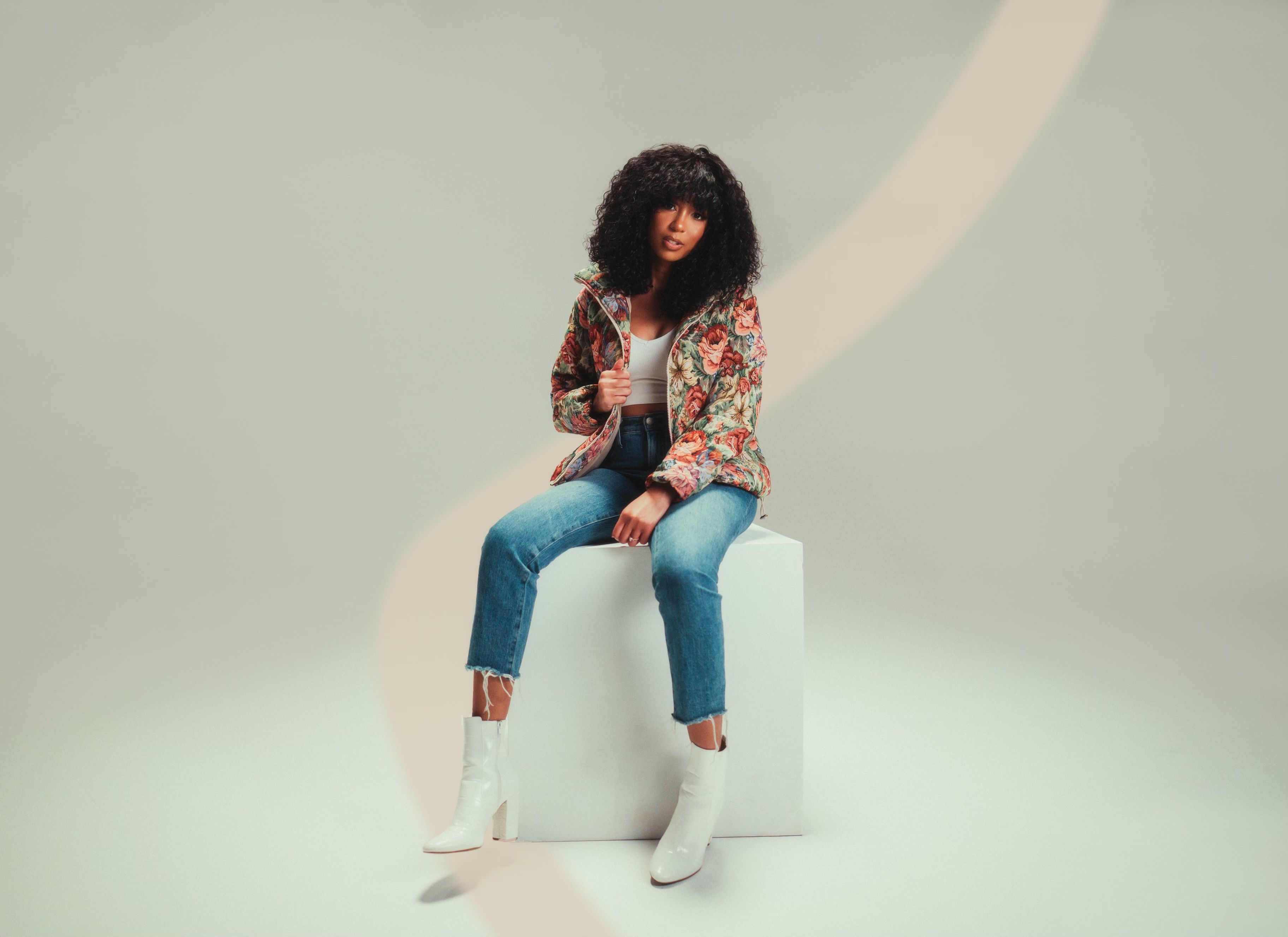 Another one of these songs is ‘Miles’, a collaboration with BRELAND. He’s obviously a rising up and comer in his own right. How did y’all end up collaborating on the song?

We always knew that we needed a really cool person for the rap part in the song, and Breland was the first person that we thought of. I’d actually never met him before, but we kind of knew each other on social media. When he wrote his verse and sent it back, I was floored, it sounded so good.

For most artists that move to Nashville, getting signed to a publishing deal is very much on their checklist of goals. You signed on to Nicolle Galyon’s Songs & Daughters this past year. On top of that, you were their first signing at the company. How does it feel to have that support from someone like Nicolle?

It’s insane. You know, when I first started writing music, Nicolle was one of the people I looked up to. I would look at all the songs she’d written and dissect them and learn how to write myself. I had been talking to Sam [Jervey] at Big Loud, she was my publisher, and we were connected for a while, that's when she invited Nicolle to a Listening Room show. In my head, I was like, “Oh, this is great. I might possibly get to write with Nicolle one day.” I had no idea I’d be the first signing to her publishing company. Honestly, I feel like I’m still trying to process it because it’s a full circle moment getting to work with her. I feel like it’s great for your publisher to be a songwriter, because I can send her songs and she can offer in-depth feedback because that’s what she does every day - she’s a hit songwriter. It’s also great to have her input because she’s been in this town for so long and knows so much about Nashville.

Another thing you do is your Apple Music show. In a lot of ways, that’s kind like having your own podcast mixed with a curated playlist. Do you feel like it’s an important opportunity for you outside of your own artistry?

When I first started, I never thought in a million years that I’d be hosting a radio show. What’s great about it is I can be a fan of other artists, while being one myself - and I definitely sneak some of my music in there from time to time. It’s so fun, because it really is just me listening to music and letting people know how I feel about it, which is what I was doing before as a fan. Getting to put my friends on a pedestal has been one of my favorite things. Every Tuesday, I share new artists that I’m loving and a lot of them are my friends, so it’s great to share their music with people who might not have heard it yet.

Tiera's debut EP Tiera is out now via Songs and Daughters - watch the video for 'Found It In You' below.