He worships the work of John Mayer, and sometimes sounds quite a lot like Dwight Yoakam. He grew up listening to Steve Earle and has inherited the honky-tonk spirit of George Strait. Outlaw country meets classic song-craft when in the hands of Parker McCollum, resulting in a sound that's ice cool and searing hot at the same time.

It was in the summer of 2019 that MCA Nashville let us in on 'Pretty Heart', cementing McCollum’s arrival into the big leagues after two notable independent albums, 2015's The Limestone Kid and the 2017 follow-up Probably Wrong. The “road warrior” from Conroe, Texas, now based 150 miles west in Austin, spent the pre-lockdown months making good on such a nickname, gigging endlessly across the States. The dawn of 2020 had CMT, Rolling Stone and Sounds Like Nashville bestowing him with next-big-thing status.

Even when touring went into the deep freeze, the word of mouth that was spreading about McCollum being a real-deal troubadour with mainstream potential just kept getting louder. Sure enough, after the Chris Stapleton co-write 'Like A Cowboy' last spring, 'Pretty Heart' made its formal introductions to country radio. By Christmas, it was a gold-selling No. 1, producing five million streams by the week. In the meantime, his EP Hollywood Gold landed in the autumn, cementing McCollum’s status as the hottest rising act in contemporary country.

The singer-songwriter has already greeted 2021 with yet another new tune, 'To Be Loved By You’. Sitting down with Holler, McCollum tells his story so far, signing to the same label as Mr Strait and how he knows when a new tune is really speaking to him. It's all done with mirrors, you know... 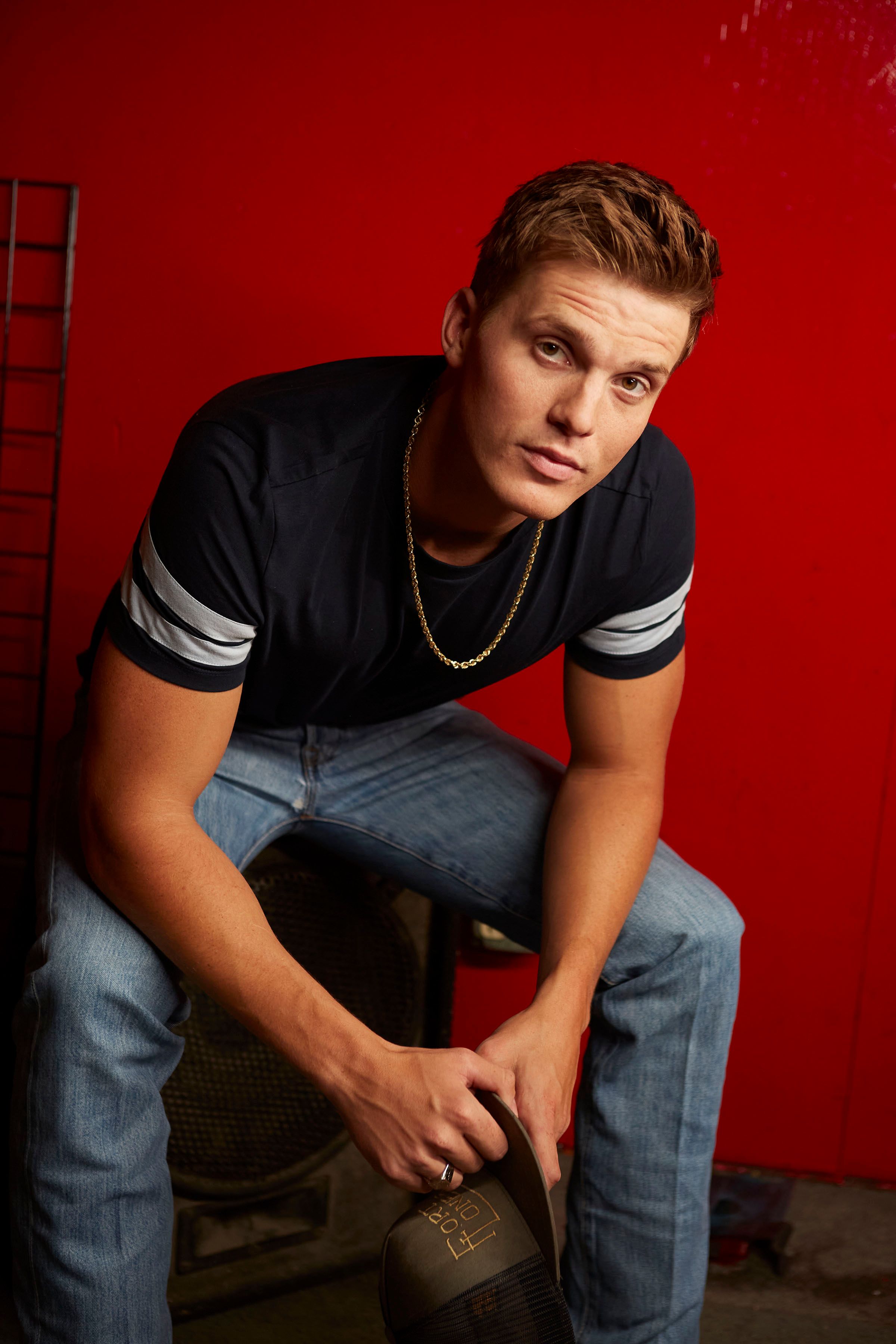 How bittersweet was it to go to No. 1 with 'Pretty Heart', while you were cooped up at home?

Well, it's a dream come true to wake up on a Monday [to be told] your song's No.1 on Billboard. That was super special, and it was really cool to see how proud my parents were. But it's been almost a year since we've been on the road. It's incredibly bizarre to just watch numbers to gauge your career. Now, you're simply putting a song on the internet, [people] don't get to come and see you do what you do, and at the end of the day, what's it really all for if you can't go out and let them feel it? So it's just different, but we are unbelievably grateful to have had this bright spot during all that.

Now you've started the year with another new tune, 'To Be Loved By You'.

Yeah, I've been waiting on that song to come out for a while. I finished it with my buddy Rhett Akins, a super-talented songwriter with a super-talented son [Thomas Rhett]. We've written together a few times, so that song was sitting in the pile for a little bit. As soon as we started recording it, I was like “That's going to be around for a long time, hopefully”. It feels good. I'm glad it's out.

The first name I thought of when I heard the texture of the guitar riff in the intro was Keith Richards.

Really? The most talented players in the world are on that stuff, so thank you, I'll tell them you said that. I love that, I'm a big Stones fan. Thanks to my brother, I got to listen to a lot of their stuff really young. My brother and I listened to Exile On Main St. a lot when I first moved to Austin, the summer after I graduated high school. They're the greatest band of all time.

That rock feel, or at least a good helping of rock guitar, is noticeable in a lot of your songs.

I would say that's probably the one angle to it all that I consciously try to force a little bit sometimes. I get so into my ballad-y, slow, sad [mood], I bore myself. I love to sing them and I don't think that'll ever go away, but sometimes I need a little more. For the live show, I'm trying to reach a place of tempo without sacrificing any creative writing.

Are you the narrator? There are some very personal-sounding lyrics in your songs.

A lot of the time, I would say most of the time, it is me. But some of the time, it's just making shit up. I'm obsessed with figuring out life in general, and where what I want to do fits into the whole grand scheme [of things]. I write songs a lot while I look in the mirror, which is a weird thing to do, but it very much works. You're very honest with yourself in that time when you're trying to write a song, you're looking yourself in the eye. It's a very confessional moment.

Does this mean you have lots of mirrors in the house?

No, I have one really big one, and I'll stand in my bathroom and just play into it. I've written a lot of songs like that. I just want everything to be very genuine. When someone opens their mouth to sing, instantly, you either believe it or you don't. They either have it or they don't. So every song I'm playing, I want it to have that ability.

I was listening to your first album The Limestone Kid. It's obviously you, but it's an earlier version of you.

I sound so young. I sound like a baby. I think back then, I was always trying to sing like John Mayer, who was the No. 1 influence of any artist on me. I was always trying to make my voice sound like him. When I stopped doing that, I found out how I really sing. I've never been with a vocal coach or anything. I feel way more in control singing now.

When you made those independent albums, did you know what you were aiming for?

The goal for me was to play country music on the biggest level. So now I’ve had the opportunity to sign a record deal and work with a producer like Jon Randall Stewart, and record in studios in Nashville, I love it, I love to hear my records sound like that. My whole mindset when I signed the deal was 'It's on me'. If I thought I was working hard to get here, at the very least that had to double. My dad was definitely important in this, when I got out of high school. He pushed me to think about the business side of things. If I really wanted to do it forever, I would have no choice but to accept that I had to pay attention to those things. I finally did, and he was correct.

And has being with a major label turned out the way you expected?

Randy Rogers managed me for two and a half years, and he was the one walking into those meetings with me, telling the CEO/president of Universal Records that if they pass on me, they're passing on the next George Strait. So I really didn't say a lot, but I'd done my research. George Strait had been with Universal his whole career, and I'm on the same imprint, MCA. There was no doubt in my mind that these people were legit, and it was on my terms. It was all playing the long balls: 'Help me figure out how to do this for a long time'. Not just have a couple of No. 1s and no one ever hears from you again. We'll figure it out, we'll see.

Parker McCollum's latest EP Hollywood Gold is out now via MCA Nashville. Watch the video for his new single 'To Be Loved By You' below.