On a rainy October afternoon in London, a sunny autumn morning in Oregon feels like a long way away. As the warm morning sun streams through Margo Cilker’s home in the city of Enterprise, it catches on mementos she’s taped across the wall: a National Cowboy Poetry Gathering poster; a magazine interview with Steve Earle.

Meanwhile, outside the Holler offices in East London the skies are already dark enough to need the lights on. It seems like more than 5000 miles separates us. Perhaps that's why Cilker’s music feels like it comes from another time and another place, far, far away.

For all the obvious reasons, her new album, Pohorylle, released at the start of November, was let out into the world a little later than she’d imagined when she finished recording it two years ago.

“It was the thing keeping me alive and also torturing me all through COVID”, she laughs. “It's exciting, but you know that no one can hear it for 10 months. I'm glad finally it's finally happening. People are hearing it. I can finally give people the songs and I can finally have that release of energy. It's felt overdue”.

Maybe it was just the way it was meant to be. Coming out now, it feels like a timely breath of fresh air after everything the world has been through in the last 18 months. Nine songs that feel like wandering through the world with your eyes wide open as you try to soak up every last bit of every moment.

“I’m a woman split between places, and I’m bound to lose loved ones on both sides”, she sings on the wistful album closer ‘Wine In The World’. The song breathes new life into the road song trope, as part of Pohorylle’s bringing to life of Cilker’s memories of a life spent on the road, stopping for a while but always eventually moving on.

From the dreamy swing of ‘That River’ to the joyful jug band stomp of ‘Tehachapi’, Cilker manages to blend the languorous intensity of Gillian Welch with Emmylou’s self-assuredness, and comes out the other side as one of Americana’s most distinctive and exciting new voices.

Holler sat down with her to talk through how she got here and all the stops she made a long the way. Hopefully we got somewhere close to recapturing the magic of that Steve Earle interview she had taped to her wall.

You’ve moved around a lot. Can you tell me a little bit about where you're from and where you’ve been?

I grew up in California and always played music. Then when I went away to college in South Carolina, I moved across the country and started playing music in coffee shops and writing my own songs. I got the ball rolling. I left South Carolina and lived in Spain for a while, and then Brighton in the UK. But right now I'm in Eastern Oregon.

What happens in Eastern Oregon?

People raise cattle. It's a very remote rural community out here. And there are a lot of songwriters. It's kind of an awesome music scene.

“It’s grassroots, it’s the way it happens. You seek it out”

When did you begin making music for a living?

It’s funny, because the pandemic kind of galvanized doing music as a living. It became clear that I was really doing this, really putting all my eggs in one basket. So that's an interesting byproduct of the shutdown.

When I was growing up I took music lessons. I was in choir, and I would sing with my family in church. I had a very music-filled youth, I would say. I started playing shows performing my own songs when I was 18 - just the gnarliest coffeehouse shows - and then I just started doing it more and more and recording little projects. I recorded in college dorms and I made my first little EP.

Then, little by little, I started figuring out how to tour, booking my own tours and just talking with friends, saying, “Okay, I'm going to this town, where do I play?” And they're like, “Oh, you got to talk to this lady, she books this place”. So we’d go there. It’s grassroots, it’s the way it happens. You seek it out.

How would you describe your sound?

Who have been your main influences over the years?

Then there’s the influence of writers, especially Western writing. The author Pam Houston was a big influence. Storytelling through the lens of the West is really interesting to me. For me, in my songwriting, the storytelling element is so crucial that sonically I can't even pinpoint what the hell influences me, so it's just whatever my brain absorbs, and from a storytelling standpoint as well, it's all over the place.

Where does the idea for a song like ‘Barbed Wire (Belly Crawl)’ come from?

That song was inspired by Kim Stafford. I was reading a story of his and I just heard a line in his writing; it was this rancher lady talking and she's like, “well, a man goes over a barbed wire fence, the kid goes under it and a woman goes through it”, and I just thought, oh, there's a song right there. Obviously, it was one of those light bulb moments. Sometimes the song is just right there in front of me, you know.

It obviously comes from an angsty place, from the perspective of someone having a struggle that other people can't see or notice or know. That idea of “you don't know how it feels to be me”, you know. One in every 10 songs are about that topic.

What is it about Tehachapi that inspired the song of the same name?

For me, that town was mythologized by Little Feet in the song ‘Willin’’ with the line “I've been from Tucson to Tucumcari, Tehachapi to Tonopah, driven every kind of rig that's ever been made”.

When I dropped out of college and went on a road trip to pursue music in this big cosmic shift in my life, that song was like the background music of that huge moment in my life. Then I met this nice young man from Tehachapi. It’s just an iconic stop in the West, and that's just where that song came from.

The song ‘That River’ is about life on the road. What is it that inspires you about that life?

It is about life on the road, but it's not a typical road song. A lot of times the angle with road songs seems to be the writer being tired of the predictability of waking up and doing the same thing over and over again - oh, I'm so sick of beer, coffee, beer, coffee.

But my song ‘That River’ is kind of more about the not knowing; the insecurity of just hitting the road and trusting that something is going to be on the other side. Trusting that whatever that is, it will be benevolent to you. It’s the mystery, the directionless feeling, knowing that you're just gonna go for it.

The album was produced by Sera Cahoone, how did that come about?

Where I live in Enterprise, Oregon, we were kind of tucked in for the winter in-between tours, and I started thinking about where I wanted to record and with whom. I was kind of just trying to decide what the hell I wanted to do, and I found Sera Cahoone. I discovered her music and it just like felt like an epiphany. I love her sound. I love her approach. I knew I wanted to work with her. I just felt like it was just very clear.

In a weird twist of events, my friend Bart Budwig, who's like our community ringleader and a songwriter, already knew her. He emailed her and told her there's this songwriter and she wants to work with you and Sera just went for it. She just said yes, and I was elated. Sera pulled the band together. She's got such awesome connections in the northwest - she's the darling of Seattle - so she gets to have free rein with bringing in players.

“Basque feminists are the real movers and shakers”

Where does the title of the album, Pohorylle, come from?

It’s the maiden name of Gerda Taro, who was a war photographer and an activist who covered the Spanish Civil War. She was a photo journalist and died on the frontlines covering that war. She's just a remarkable person. She just had an amazing life story, and I heard about this in the Basque country.

I have my ear to the ground in the Basque Country, because the radical Basque feminists are the real movers and shakers. It's awesome. It's like a whole other world. I never knew about protesting until I went there. Then, in Bilbao, I remember marching with 100,000 people. So, that's where the title came from.

Pohorylle is out now via Fluff & Gravy / Loose. You can purchase the record through Holler's selected partners below: 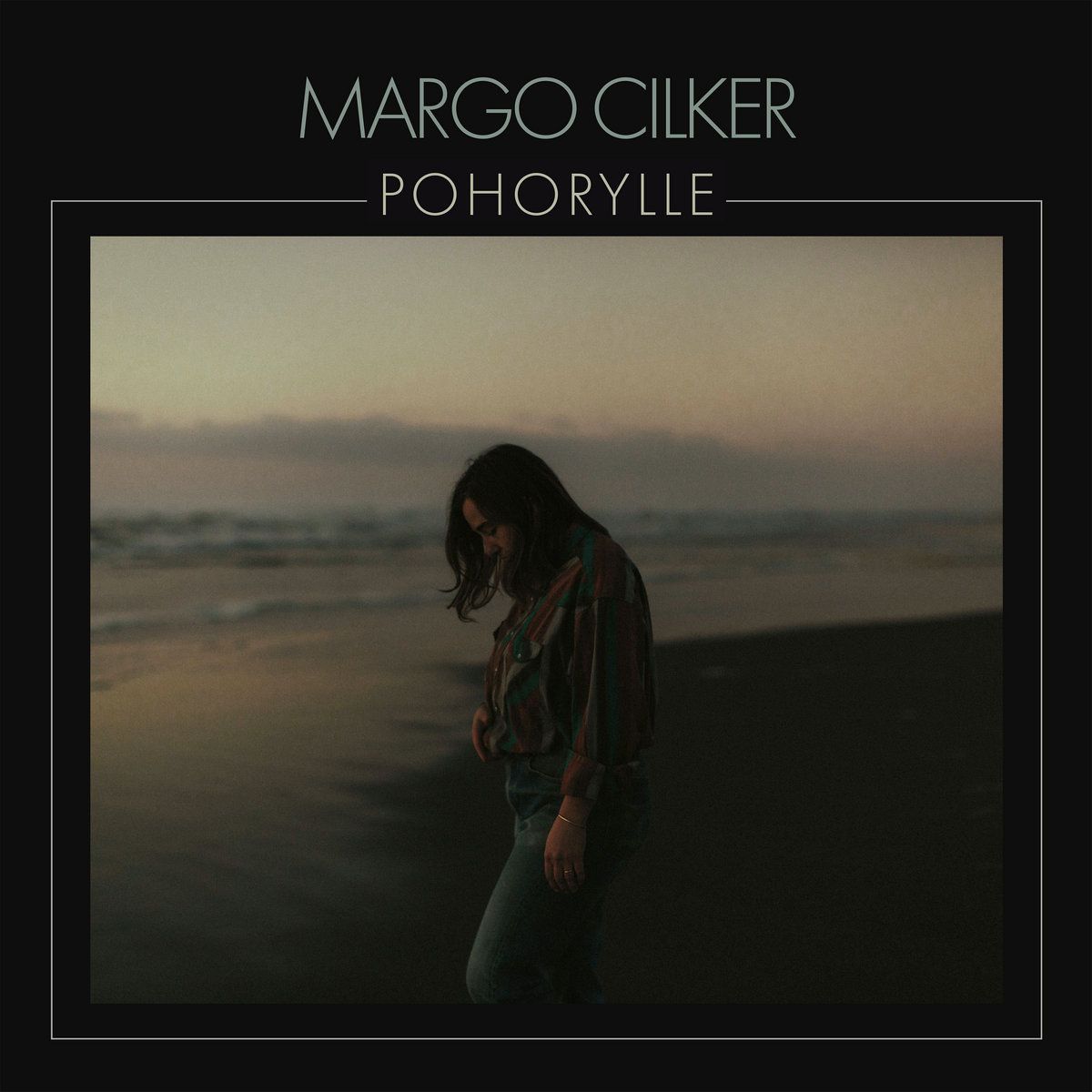