With a vintage aura and warble that's paired with a modern groove, Leah Blevins’ full-length debut First Time Feeling pays homage to the past, all whilst carving its own path forward.

Born in Eastern Kentucky, Blevins moved around the area that surrounded her small, mountain hometown of Sandy Hook throughout her childhood. Despite those changes, two constants remained - church and music, both of which her family were fluent in.

After going to university in nearby Morehead, Blevins moved to Nashville to begin networking, with the hope of living out her dream as a country musician. Following several independent releases, bouts of self-doubt and a pandemic, Blevins released First Time Feeling this past August.

Produced by Paul Cauthen and Beau Bedford (of The Texas Gentlemen) in Dallas, Texas, the album features equal parts Dolly Parton-esque country, like the stripped back cuts ‘Little Birds’ and ‘Believe’, alongside the Texas twang of ‘Afraid’, ‘Magnolias’ and ‘First Time Feeling’.

Holler caught up with Blevins outside a coffee shop in East Nashville to discuss the long road to First Time Feeling, imposter syndrome, Appalachian stereotypes, adjusting to city life and more.

Your grandfather has been a huge influence on you from a young age. What is some of the advice he passed down to you that you cherish most?

His name is Benny Harold. I could talk about him for days. He taught our whole family what unconditional love is. He’s a very religious man, which has been a common thread in my life that I wouldn’t have had without him.

One of the most impactful things I remember him telling my twin sister and I was that we’re worthy of love, and if someone doesn’t show that to you then there are other fish in the pond. He taught us so many more profound lessons too. He’s just a beautiful man.

I know he also played in a band, the Harbor Masters. Is that where your musical interest first came from, or did that begin in church?

Both. Music has always been a part of my DNA, especially on my mom’s side. My twin sister and I moved around a lot as kids; we chose to move in with our older sister and her husband when we were still in middle school, rather than staying with our parents. We had a lot of freedom growing up due to that.

However, there was also our relationship with our grandparents that allowed us to keep our senses about us, and that was all thanks to the church. I know not everyone has positive opinions or experiences with religion, but it personally helped me to stay grounded during that time.

Keith Whitley is also from Sandy Hook. Has he had an impact or influence on your music?

Growing up in Sandy Hook, there was a heavy heart influence from Keith Whitley and his brother Dwight Whitley as well. Mamaw Faye was Keith’s mother and she was such a good woman. He’s our little town's claim to fame and with good reason. He had such a beautiful voice and it’s often that I think about what it would be like to still have him here with us.

”I always joke that in Sandy Hook, we’d put up a stoplight and somebody would always shoot it out. That actually happened on two or three occasions.“

As you approach 10 years living in Nashville, what has been the toughest part about your transition from a small, Appalachian town to the big, metropolitan Music City?

Particularly during those first two years, I was just trying to navigate what my purpose even was here.

A lot of it was naive thinking from my 21-year-old self that I had it all figured out, but I was wrong.

The biggest challenge of moving was developing an understanding of what I wanted to do with my life, which I’ve since been able to find. Other than that, it hasn’t been too overwhelming. Everyone has been super welcoming and allowed me to have a voice, which is something I’m grateful for more now than ever.

Is that naivety and self-discovery what you’re singing about on ‘Afraid’?

I definitely had growing pains moving here because it was a whole new environment; the uprooting of what I’d always known.

But ‘Afraid’ was more of a zoom out song. In my mind, there's something relatable to people when they hear it. It can be about many different things, from relationships to despair within a community, our country and our world.

I really dig the way that Paul and Beau worked on your songs. I know you decided to record with them in part due to the production on Cauthen’s album Room 41. What sonically about that record sealed the deal for you wanting to team up with him?

It’s mainly just how the songs move. If your body’s not moving on its own it will when you’re listening to Paul’s music.

I was also trying to think of what [sonically] would still be relevant years down the road. I don’t necessarily have a vision where this gets me to the top of the charts though.

It’s more about creating an emotional space for the listener and getting into tune with that. Paul does a great job of capturing that. He and the guys down at Modern Electric have a spirit and groove that is undeniable.

Everyone who records there comes out with gold, in my opinion, and with a levelling up of their own artistry.

You wavered a bit before committing to record with Paul. You’ve talked previously of struggling to find your place in Nashville, so I’m curious, was imposter syndrome part of what played a role in your hesitancy?

There was a lot going on at the time, personally and career-wise. I was in a pivotal place in my life where I didn’t know if I wanted to stay in Nashville, return to Kentucky or do something else.

I feel like everyone has those moments where they feel like they’re at a crossroads in their life. With mine, it helped me to realize and lean into the idea that I wanted to make new music, regardless of what others were doing or thought of my creations.

There are so many wonderful musicians in the world. Of course, from time to time we can feel fraudulent, but at the end of the day if you’re not questioning yourself, then you’re not checking your ego. It was mainly a matter of gaining my self worth and realizing that I am capable and worthy.

“It was a soul-searching experience to embrace my roots again”

In the past you’ve opened up about people thinking you sound “too country” because of your accent and the effect that feedback had on you.

Do you mind speaking to that - not only as to how it pertains to yourself, but also to the larger scope of misconceptions surrounding Appalachian Americans as a whole?

That’s still a thought that some people have, unfortunately. That being said, everyone is going to have an opinion. As someone who grew up in Eastern Kentucky, I recognize that we have an interesting dialect, but it’s endearing, it’s charming and we’re wise in many ways.

For the longest time, I tried to be a people pleaser; to gain acceptance from my peers, even if it meant altering my true self in the process. It was a soul-searching experience to embrace my roots again. It’s the folks who show up for you at the end of the day that you ought to direct your attention toward, not those who are trying to bring you down or who act like they’re superior for superficial reasons.

Absolutely. Now, if you could somehow go back in time to speak to yourself when you were just arriving in Nashville, what advice and wisdom would you want to pass on?

I’d tell myself to not compare my heart, body or mind to anyone else.

You can purchase First Time Feeling from Holler's selected partners below: 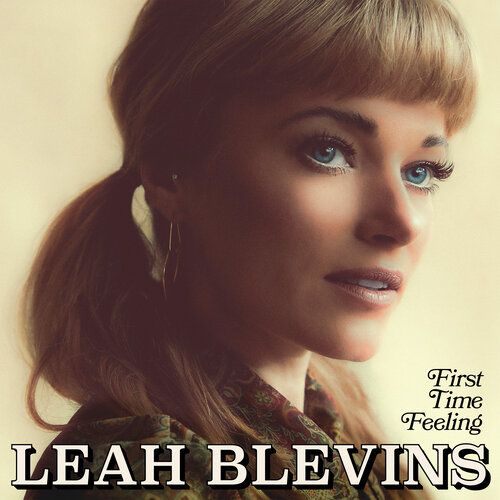 A Guide to: The 10 Best Emerging Acts From AmericanaFest 2021