When the pandemic felt palpable in New York City, Sarah Jarosz decided to ride out the storm for a month or so in Tennessee - and from the moment she wound up settling in her new Nashville home, she hasn’t looked back. For over a decade, Jarosz has built up her reputation with a series of fine solo albums, plus collaborations with everyone from Chris Thile, Parker Millsap, Kate Rusby to her “band of sisters” I’m With Her (with Aoife O’Donovan and Sara Watkins). So, having already spent plenty of time in Music City, Jarosz had an instant and welcoming community around her.

In her personal time spent at home, Jarosz has been working on new skills, specifically in the kitchen. She definitely considers herself a “foodie”, but as with almost everyone in New York, her kitchen was essentially non-existent, and she spent so little time there in-between tours that she rarely did a big grocery shop. So, she reckons that’s been one “humongous silver lining” of the last year for her in Nashville: being in the kitchen, baking and cooking and getting great value from a present gifted by Aoife O’Donovan – a subscription to New York Times Cooking. Her guilty secret, however, is spending much of her endless time at home getting into cocktails. Now she’s got her home bar going, she makes a cocktail every night, with her go-to choice currently a mezcal Negroni.

Professionally, she’s picked up yet another Grammy award (her fourth), this time for Americana Album of the Year with World On The Ground. She's also played Livestream concerts and is finally releasing her remarkable song-cycle album, Blue Heron Suite. This singular project was originally commissioned by the Freshgrass Festival back in 2017, and focuses on the birdlife and nature on the Gulf Coast of Texas, while also confronting her mother’s breast cancer diagnosis and consequential treatment.

It’s not quite cocktail o’clock when we speak, but as she calls from her light and airy living room, Jarsoz openly chatted about the progression of her prolific career and what went into curating the beautiful Blue Heron Suite.

Looking across the span of your career, how has your playing evolved?

I think it’s been a natural growth. I’ve been making records since I was 17 and I turn 30 this month, so it’s been quite a journey. What always centres me is making sure I’m focused and connected to the song, because if I feel that way, then the hope is that the listener will too. I’m always switching it up, whether it’s my voice or the instrument I’m playing. That’s maybe the biggest change. When I started as a 12-year-old I was playing exclusively mandolin; now I’m playing a ton of octave mandolin and guitar. I’m not so concerned with what I’m playing, but more that it’s serving the song. Making the song come first, then thinking: what would be the best sonic approach to this?

I do, yes. I’m always hesitant to put a label on my music – it doesn’t feel like my job to do that – and if somebody else wants to put it under that umbrella, that’s totally fine. I feel grateful I’ve been able to be true to myself musically and that the Americana community has been so welcoming.

But is bluegrass still where your heart lies?

Bluegrass was an incredibly special launching pad for me. I was honoured when the International Bluegrass Music Association (IBMA) asked me to give their keynote address last fall; I grew up going to their conferences. There is such an emphasis placed on being great at your instrument, being a really solid musician, and that allows for a lot of growth. I haven’t made bluegrass records since my first, and even that is not traditional bluegrass. But that style of music informs so much of what I do instrumentally, texturally and sonically, especially in I’m With Her. We sing gospel-trio-harmony bluegrass songs; so it’s a part of me that will never leave.

With your new release, Blue Heron Suite, what made you choose a song cycle?

Freshgrass Festival in North Adams, Massachusetts commissioned me to write a piece of music to premiere there in 2017. There's something about that word ‘commission’ that I associate with the classical world – not folk, acoustic, bluegrass or Americana. It’s cool that Freshgrass is bringing that into our world. It needs to happen more, it’s an incredible way to support artists and creativity. That word ‘commission’ put my creative brain in a space where I wanted to approach the writing process differently. I liked challenging myself to write a piece of music that should be listened to from start to finish – many people don’t listen to albums all the way through, but I still do! I liked the idea of being on stage with this piece of continuous music and the premiere being in a live setting – not released before people heard it.

How did you compose and shape it?

I zeroed in on the theme of the blue heron and the Texas coast – and my mom dealing with being diagnosed with breast cancer. When I was writing this piece she was in the thick of chemo and radiation therapy. Then, once I narrowed it down to what I wanted to write about and how to write it, it turned into a creative puzzle; I honed in on what was essential, then figured out how they wound in and out of each other. It was a fun way to write.

So how do the individual songs fit in?

There’s a few like ‘Mama’, ‘Painted Blue’ and ‘Blue Heron’ that lie throughout – and it was fun to pick out musical themes and tie them together. With the instrumental interludes, I was trying to mimic the vibe and imagery and feeling of the ocean; the undulating, powerful way it makes you feel small.

Have you always been a nature lover and bird watcher?

I credit my mom with helping me notice those things – from a very early age, seeing the difference between all the different birds on the beach - the pelicans, sandpipers and seagulls all squawking about chaotically. The blue heron stood out because it’s not like the other birds; it’s stoic and peaceful. Often we’d see one by itself and it was a symbol of strength, standing confidently.

To me it sounds like some of the buzzing, bluesy, electric guitar is influenced by Ali Farka Touré – and I’m also reminded of the kora of Toumani Diabaté on some of the acoustic playing?

I love that you picked that up. It's especially in Jefferson Hamer’s guitar playing, also the pattern I worked out on the octave mandolin is the basis for that. My mind and ears were blown open when I went to New England Conservatory of Music in Boston for college. That was where I was turned on to all this, especially the kora. I wasn’t referencing that specifically, but once you’ve heard it, the music seeps in, and I was subconsciously referencing some of those. That’s super cool, that’s very accurate. 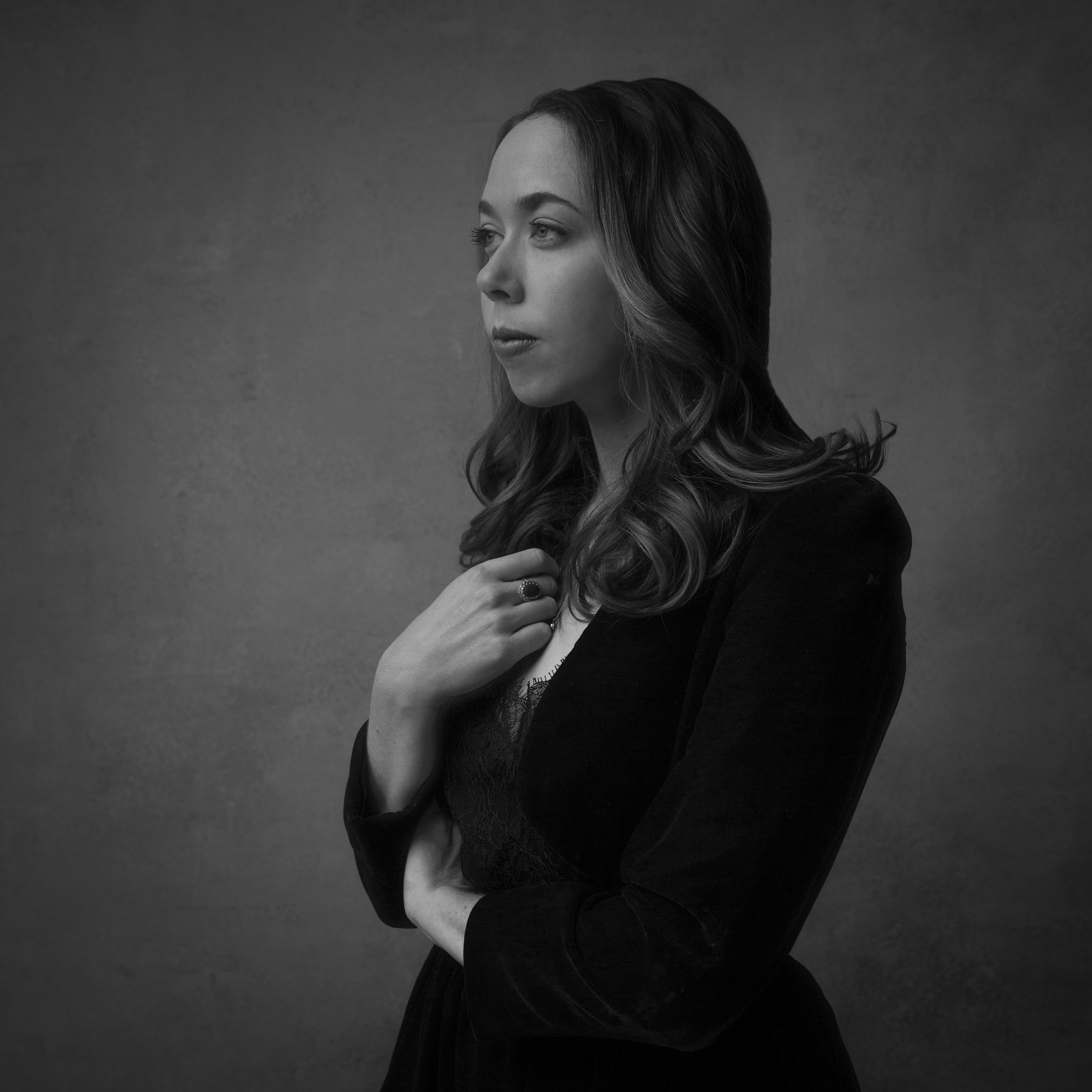 How does it feel playing these songs three years on?

It’s very emotional. Thankfully my mom has been in remission for a few years, but it still brings it back. I think that’s a sign I was being honest; if years down the road it still stirs emotion in me, that means I did something right. I haven’t had the opportunity to play this many times, I played it at Freshgrass, a couple of the songs with Chris Thile, then in the studio. Being in Brooklyn a couple of weeks ago and playing the whole piece from top to bottom was emotional, but also healing.

What do you take from all your collaborations?

Coming from bluegrass, so much of the spirit behind that is community; sitting in a circle, passing songs and solos around, hopping on a harmony. I get a reminder to be a good listener. Also the pure joy! That’s probably the thing I’ve missed most this last year – being in a room, singing harmony with people. I might love singing harmony even more than singing lead. It’s so joyful and I’m excited to get back to that… hopefully soon.

Is winning Grammys the ultimate accolade – or do you measure success differently?

Both! I watched the Grammys growing up as a kid and had that clichéd classic musician dream of “that will be me one day”. It still means so much; especially this one I just won, because it was hard to release a record in the midst of the pandemic and feel like it didn’t get lost. At the same time, I gain the most when I play music with other people who inspire me. If the Grammys never happened it wouldn’t matter, because it’s about the connection with the musicians and the people that my music means something to. I’ve been doing this for so long that it’s been easy to take that for granted, but when someone writes a note that your song got them through a tough time, that’s the ultimate reward. Grammys fall to the wayside compared to that. But it’s both!

You’re about to hit 30 – does it feel like a milestone?

I’m excited, it’s a little surreal knowing I’m turning 30. I’m learning to know myself better, and I want to keep doing what I’m doing. I’ve never really cared about age though, because when I was little I was hanging out at the bluegrass jam with 50-year-olds who treated me like I was a peer - they didn’t talk down to me. So in that sense, age doesn’t matter, I just want to keep making good music and surround myself with people who care about the right stuff. I’ll probably have several cocktails that night!

Blue Heron Suite is out now via Rounder Records.