The Honeys partnered with Jesse Wells, member of Tyler Childers’ touring band and archivist/instructor at Morehead State University’s Kentucky Center for Traditional Music - where the ladies both attended - to produce the project. Known as “The Professor” due to his role at the university, expertise on all instruments and vast knowledge of Kentucky’s music history, Wells has long been a mentor and integral to the Local Honeys’ journey thus far.

According to Stokley, she first met Wells in 2009 while she was a member of the university’s jazz band. The two immediately clicked in what Stokley described as “like reuniting with a long, lost friend”. She began taking fiddle lessons from Wells; her appreciation for the traditional sounds from her home state growing as much as they deviate, depending on what mountain holler you find yourself in.

“There are so many different fiddle styles that you can find in every nook and cranny around the state,” says Stokley. “The fiddlers in Woodford County sound completely different from the ones in Jackson, Estill, Wolfe, Pike County and so on. All that music helped us to become more connected to our home and the history of the music emanating from it”.

When it came to pinning down a producer for the project, Wells was the logical fit, not only due to his knowledge and respect for Kentucky’s traditional roots, but his belief in the Honeys as songwriters and pickers. Having been a longtime advocate for the band, Hobbs says that she couldn’t see anyone else producing the record.

“[La Honda] gave us the option to work with whomever we wanted but, after self-producing our previous projects, we didn’t want to partner with anyone we didn’t know and weren’t comfortable around,” says Hobbs. “I remember talking with Jesse one day about our producer search and he rattled off a bunch of different names. I entertained him for a bit before asking if he’d want to fill the role. He balked at first, saying we deserved better, until I interrupted him and said ‘nobody is better than you’. He’s a top-notch player and knows the ins and outs of Kentucky traditional music better than anyone, so I really couldn’t see us working with anyone else”.

Also helping to bring the album to life were Craig Burletic (electric bass) and Rod Elkins (drums) of Tyler Childers' band, along with Eastern Kentucky mainstay Josh Nolan (guitar). The resulting sound is one that continues to lean heavily into the bluegrass state’s traditional roots that the Honeys adore, while adding more modern and electric elements not commonly associated with such traditional music.

“It’s always been taboo to have drums in a bluegrass band,” says Hobbs. “J.D. Crowe is one of the few people who can get away with something like that. In bluegrass, the banjo and mandolin typically act as the percussion, and anything other than that is often looked at as bastardizing the genre by traditional purists. For that reason, we wanted to make sure we were very tasteful in how we implemented those elements. Jesse did a great job honoring both with his production work”.

It's obvious how much of an influence the state of Kentucky has had on the pair, in both their lives and creativity. Calling in from a beach house in Wilmington, North Carolina while on tour, The Local Honeys sit down to talk about their home state, revealing some of their favorite places in Central Kentucky for the latest edition of Home Sweet Home.

What is the first place you like to visit upon returning home?

Stokley: “Aside from my momma’s farm where my horse and donkey are, my favorite spot to visit is Boonedogs on Old Richmond Road, just south of Lexington. If you’re ever nearby, I suggest you run there as fast as you can and grab as many hotdogs as you can carry. They let you bring your puppy dogs and even have a nice outdoor spot with picnic tables where they’ve started to host live music. I have another donkey that’s kept close to there, so whenever I go to visit him I always make sure to stop in for some hotdogs as well”.

Hobbs: “There’s a Baptist church near my home in Estill County that sits next to a creek where they regularly conduct baptisms. It makes for a great little swimming hole. Other than that, one of my favorite places to visit nearby is Sky Bridge Station in the Red River Gorge. They have music, beer and hotdogs. Everything comes back to hotdogs with us. I live in a dry county, so that’s one of the closest places nearby to grab a drink; plus, you can’t beat the beautiful scenery that the Gorge has to offer”. 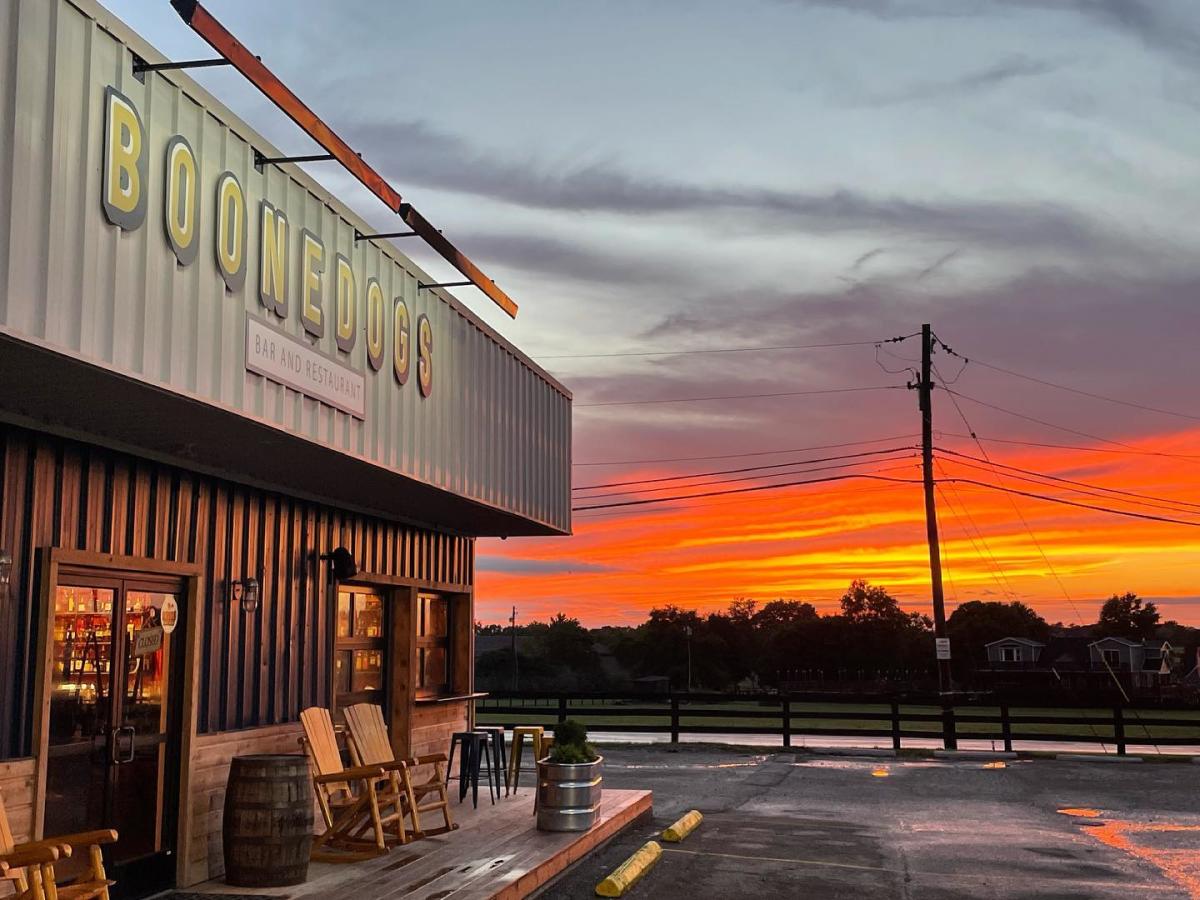 What’s your favorite outdoor spot to explore… the Gorge or somewhere else?

Stokley: Montana and I both have vast properties of land we live on and can explore. It reminds me a lot of being a kid growing up. We didn’t have much to entertain ourselves at home, so we used the outdoors as a playground for our imaginations. It was a great way for us to hone our creativity, which has only benefited us with the music we’re making today.

Hobbs: It’s a fine balance. Yes, it’s 45 minutes to the nearest grocery store, but I can also walk out my back door buck naked without a care in the world.

Hobbs: My first gig with the Honeys was at a farmers’ market in Lexington that was being held in a Circle K [gas station] parking lot. It was not a very bougie first gig. Another place we honed our skills often in the group’s early days was at Willie’s Locally Known on Broadway. They would let us get up on stage and practice, helping us to ease into the local scene. We always cherished playing there and are bummed that it’s no longer around.

Earlier Montana mentioned grabbing a drink at Sky Bridge Station in the Red River Gorge. What is your favorite Kentucky brewery to enjoy a drink from?

Stokley: It all depends on what area of the state we’re talking about. If it’s Central Kentucky, then it’s Country Boy Brewing in Georgetown and Lexington all the way. All of their beers are top-notch, especially Cougar Bait (4.9% ABV American Blonde Ale), Halfway Home (5.5% ABV American Pale Ale), Cliff Jumper (7.0% ABV India Pale Ale), Shotgun Wedding (5.5% ABV Brown Ale aged on vanilla beans) and Survive (4.5% ABV Pilsner). If we’re talking Eastern Kentucky, then it’s Sawstone Brewing Co. in Morehead, where we spent many a night while in college.

What’s the first place you’d recommend people visiting the area for the first time check out?

Hobbs: I’ve always loved the hiking trails of Rockbridge in the Red River Gorge. Even just a drive through the Gorge is worth it. I never fully appreciated all of it and Eastern Kentucky’s natural beauty when I was younger. After getting to travel all over the country and world playing music, I’ve gained a greater perspective for just how lucky I am to call the place I do home and just how much I’ve been taking it for granted all these years.

Stokley: “Ballyhigh Show Stables, near my home in Woodford County, is a great spot. It’s a farm owned by my riding coach Joyce Brinsfield, who also works with the University of Kentucky’s equestrian team. If I’m not at my farm, that’s usually where you can find me. I’d also recommend making the short drive to Midway to visit the Heirloom Restaurant. It’s one of several in the area run by Chef Ouita Michel, one of the best culinary minds around. We also like to stop into the Holly Hill Inn, Honeywood, Zim’s Cafe and the other spots she owns for a quick bite. 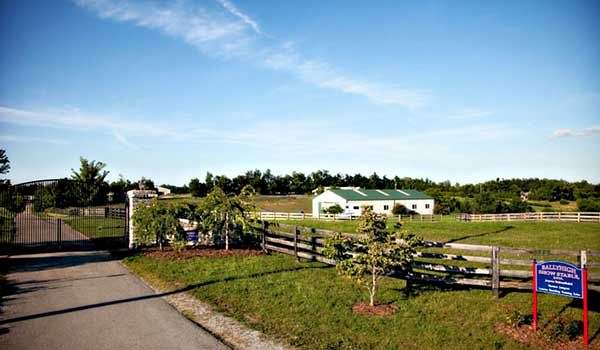 Speaking of food, what’s your favorite Kentucky-themed food dish and place to order it?

Stokley: I love me some fried chicken, biscuits and Derby pie (a chocolate and walnut filling inside a traditional pie crust often associated with the Kentucky Derby) and Montana digs soup beans and cornbread. As for where to order them, Montana and I are both great cooks and love fixing this stuff up ourselves. I can make some tasty fried chicken and Montana fries a mean pork chop. However, our dream is to share all of these meals with and prepared by the aforementioned Chef Ouita Michel. 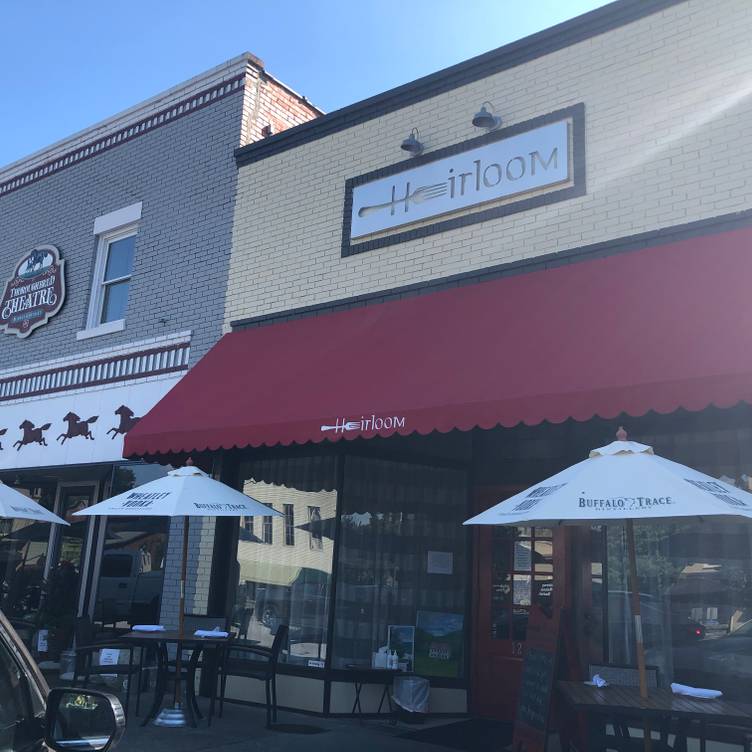 Other than Chef Ouita Michel, are there any Kentucky musicians, past or present, you’d want to share that dream meal with?

Hobbs: I’d have to go with the late Tom T. Hall and Jean Ritchie, the latter of whom is a distant relative of mine. We paid tribute to her on the new album with a cover of her song ‘The L & N Don’t Stop Here No More’. In the case of Tom T. Hall, Linda and I have been listening to his music for years and even hosted a songwriting workshop for kids a few years back called “Crafting Little Tom T. Halls”.

It led to a handful of middlemen connecting us to Tom T. Hall himself, who sent us a handwritten letter in response to us getting him one of our CDs. It was a surreal moment, and one we’d love to discuss with him over an assortment of our favorite Kentucky-themed food dishes.

The Local Honeys' self-titled debut album is released 7/15 via La Honda Records. You can purchase the record from one of Holler's selected partners below: 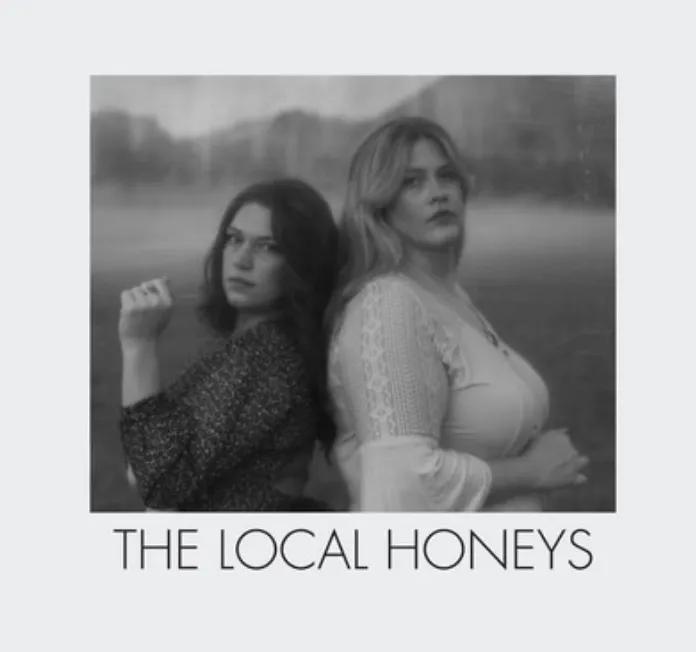