It’s no secret that New Orleans is a special city, one with its own unique combination of magic, mystique and music. It’s claimed those qualities ever since it was founded, more than 300 years ago.

Not surprisingly, its ties to its tradition have proven to be a powerful lure for those that come to soak up its atmosphere. That was the impetus for the members of The Deslondes to originally relocate.

The group, consisting of Dan Cutler, Sam Doores, Riley Downing, Cameron Snyder and John James Tourville, release their third album Ways & Means this year. It’s an appropriate title; the band members finding their way back to each other after a self-imposed hiatus to pursue individual projects.

The band’s common love for the Crescent City is a bond that forever remains intact, and the varied influences infused in their music continues to reflect that relationship.

Holler recently spoke with Cutler and Doores, asking them to share their perspective on the city’s special allure.

What made you decide to move to New Orleans in the first place?

Sam Doores: For me, it's just always been a musical destination. I’ve felt that way since I was about 15 years old. A lot of the records that I loved while growing up were made here.

When I first arrived in 2006, I thought I was only going to be here for a weekend. I saw Elvis Costello and went to the secret secrets show at the Jazz Fest. Later that same afternoon, I saw Dr. John performing with Mardi Gras Indians. My weekend trip turned into a permanent stay. I felt like I had left the country and been transported to this place where the different styles of music I loved were all being combined.

Dan Cutler: I originally came down here after (Hurricane) Katrina. I was packed up, all ready to move here before, but I put it off for a year. I was living in Boston at the time, it got so nightmarishly cold that I just couldn’t do it anymore.

I wanted to play music. I knew that, but I didn't know how to go about making that happen for myself. The first time you ever go to New Orleans, it has this profound effect on you.

Doores: A big part of how our band started as a band was that we were all travelling musicians who ended up in New Orleans, doing a lot of busking before eventually finding each other.

How would you describe the band’s continued ties to New Orleans?

Cutler: The band started there, so we have a lot of mutual memories that we can share over the years. Whenever we get back together, we have that bond. It's all tied in with New Orleans for sure. Everybody in the band came of age musically in that city. We all cut our teeth and learned how to play in New Orleans.

Are there any local spots that you have a particular affinity for?

Doores: My favorite place to perform is the Saturn Bar. It's kind of an old dive bar, I catch a lot of music there - it’s always been a wonderful place to play. It used to be a boxing ring - it never had good sound or anything until recently, when they put a real sound system in.

In terms of nice outdoor spaces, there are a couple that opened up during the pandemic. One is BJs Bywater, which is one of my favorite dive bars in town. Their backyard is a really nice spot to see a show; they get some bigger acts who come through town. The Bywater neighborhood is a real family-friendly place too - you can bring the kids, walk the dogs or go biking. 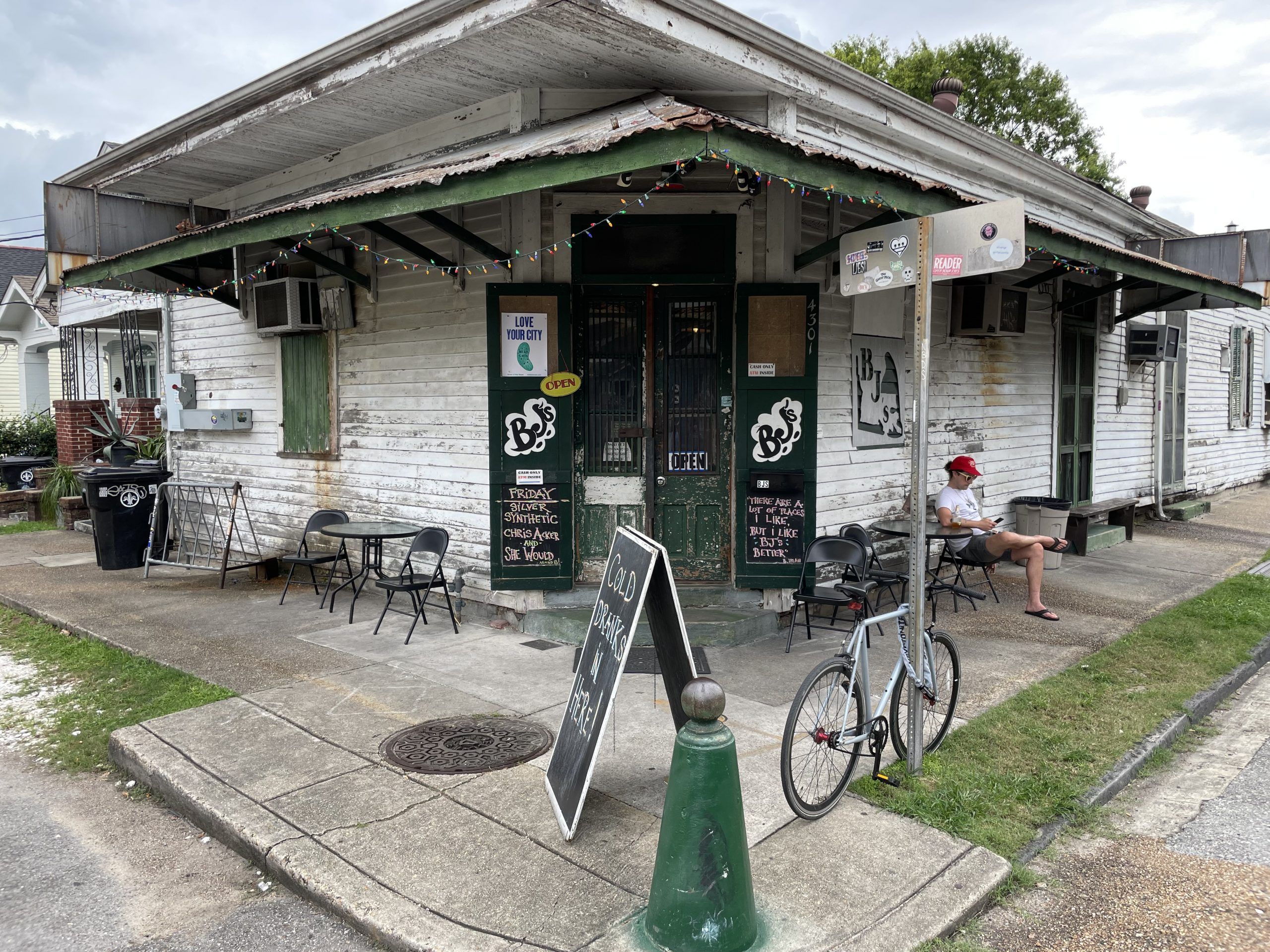 Cutler: When I first started playing with Sam and the Deslondes, we were called The Tumbleweeds. We had a handful of places that we played pretty regularly. We played at a place called the AllWays Lounge, which is on St. Claude Avenue. There’s also a place that we played a whole bunch in the early years called Mimi's in the Marigny. That place was super cool. Those are probably the big ones.

Like Sam said, we also played BJs in the Bywater neighborhood. We actually met in the Bywater and we played there pretty regularly over the years. That’s where Sam and I first met. He and I played with Hurray for the Riff Raff for a while and toured with them too. That was kind of our beginning. 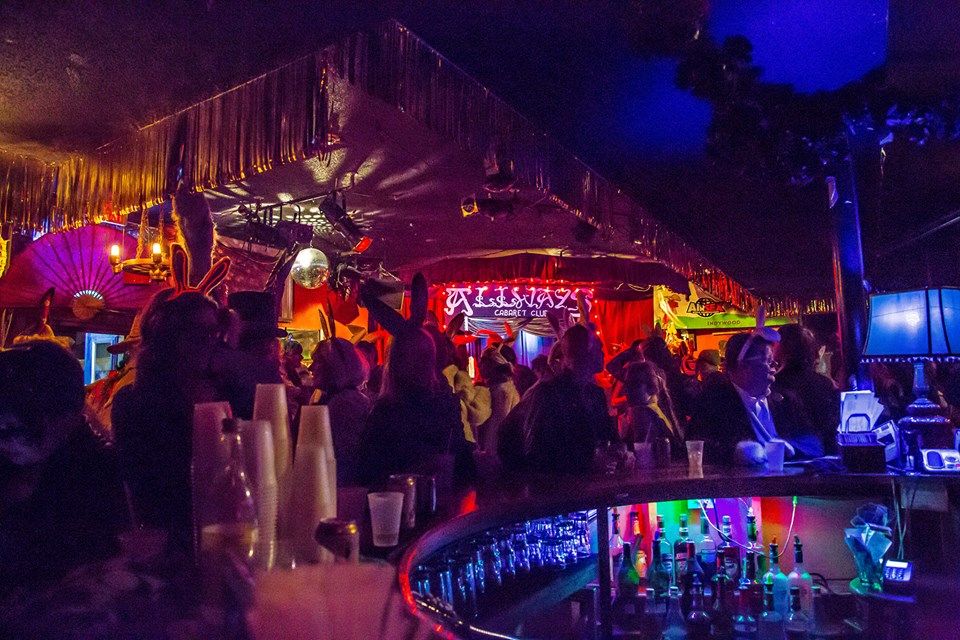 The name of the band, The Deslondes, also has a connection to New Orleans, does it not?

Doores: It came from the name of the street that I live on. So, when the band first got together and started playing music, we would get together and convene there. There were a lot of campfires in the backyard. I had a little studio in my house too.

We found we each had our own creative ideas, so we tossed around a lot of names, but there weren’t any we could all agree on. Then we realized we’d all lived on that street; it was the home base for our band.

How do you think the city has influenced your sound?

Cutler: In terms of individual artists, we listen to all kinds of stuff that’s come from here over the last 100 years or so. It's hard to pick it apart and say that there are specific musical references, but it's definitely influenced by the fact that New Orleans is a melting pot, and everything that you'd hear on any given day affirms that fact. Everybody's always been a big fan of local R&B stations and lots of the gospel music that’s constantly being played on the radio here.

New Orleans has been a city that has withstood a lot of adversity, whether it was Katrina or the series of storms that impacted it last year. It’s always shown a resilience and ability to move forward, despite these catastrophic events. Do you have any thoughts about how that endurance resonates with you and the people that live there, and, in fact, with the music that comes out in New Orleans as well?

Doores: Absolutely, I think resilience is a great word for it. The people who are from New Orleans, or end up finding their way out there, really love and respect the overall culture of the city. It seems to hold more importance to its people than most other cities that I've been in. The people really look after one other.

It’s a place where there's a strong identity, one that’s bound together by traditions and culture; I think that those kind of places tend to be more resilient because they have the music to lean on. They understand grief, they know how to celebrate a funeral in a really beautiful way and they appreciate taking joy from the process of working through it all and getting back to the other side. I think it's always going to keep fighting and coming back.

Cutler: It definitely changes people's mentality in terms of what's important and what's not in life.

When you guys go out on tour and people know that you're from New Orleans, do you feel like you’re ambassadors for the city; for its culture and its sound?

Doores: It'd be an honor to be a part of that tradition, and to try to, in our own little way, be its ambassadors. None of us are from New Orleans originally, so I can't say that we're authentic ambassadors of New Orleans culture in the same way that a brass band who grew up there, or people that are actually a part of that, can. Those are the people that we really love and appreciate, and we’re deeply influenced and inspired by them.

We feel fortunate that we get to go out and play music that shares that influence and inspiration. Hopefully, we can pique people's interest in the States and Europe and get people more interested in New Orleans culture and music. Then, they can do some more investigating on their own and find more rich resources for the stuff that they can get into, like Cajun music, zydeco and early trad jazz. There's just so much there to explore. We're just like an insanely small facet of that.

Cutler: People love New Orleans, and there's a lot of pride that goes along with living here. Like anywhere else, it’s not perfect, but there's a joy to life in New Orleans that you don't find in a lot of other places. When we travel, everybody loves to hear about New Orleans because it's so special.

The Deslondes' third album, Ways & Means, is out July 8th via New West Records. You can purchase the record from one of Holler's selected partners below: 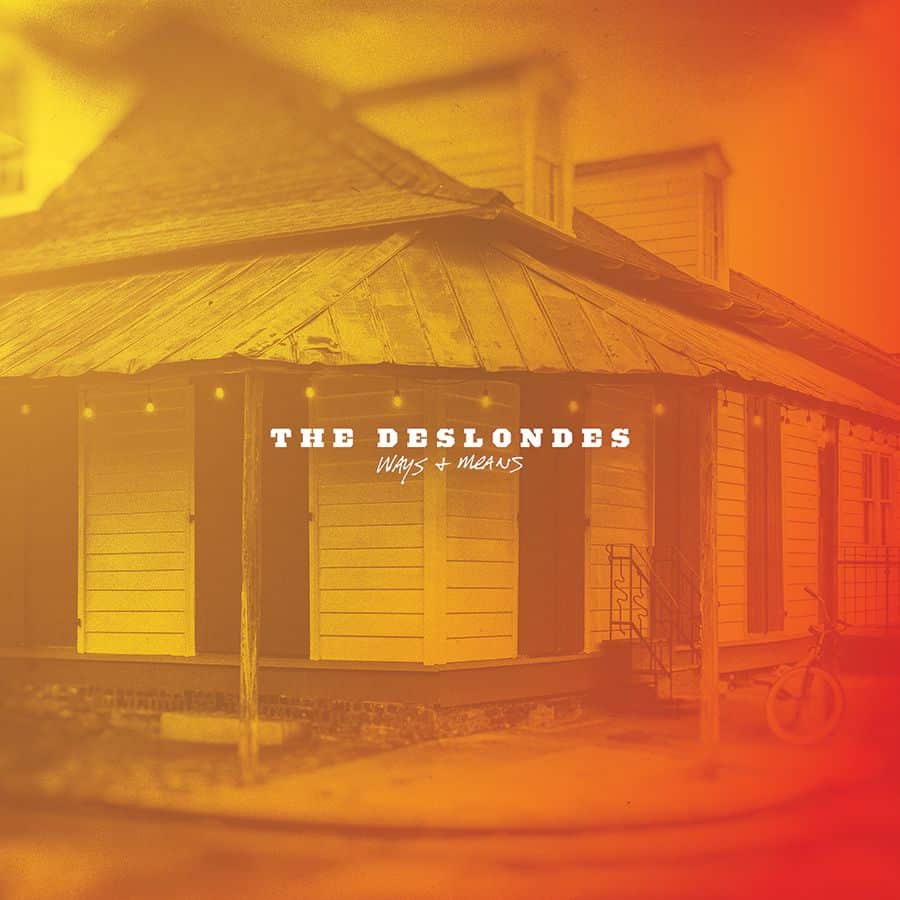