Ian Munsick is no stranger to Christmas music, having released his take on ‘You’re A Mean One Mr. Grinch’ in 2021, and more recently, the tongue-in-cheek ‘Santa Ain’t A Cowboy’ in early November.

With his own songs grounded in the Rocky Mountains of Wyoming that he used to call home, similar themes of down-to-earth warmth and grounded simplicity become clear between how he writes and what he listens to.

Ian's favourite Christmas song choices demonstrate a preference for the trusted and traditional over the glossy and new. Taking his no.1 spot is the eccentric joy of ‘You’re A Mean One Mr. Grinch’.

“Nat King Cole is the Christmas Goat - nobody can beat his versions of the best Christmas songs", he justifies with a nod of his stetson to one of the greats. "But of all the Christmas songs out there, ‘You’re A Mean One Mr Grinch’ is definitely my favourite. It extends out from all the others”.

After a year spent being pulled between the road and the studio, Ian seems happy to finally have some family time lined up. His December National Finals Rodeo performance was his last of the year, and he’s made a point of clearing his schedule until his first gig of 2023 in Colorado.

As he explains what Christmas will look like for him this year, every sentence seems to be punctuated with a sigh of relief.

“Man, usually we’re travelling around like crazy. We normally play at the National Finals Rodeo in Las Vegas for the first two weeks of the month, which we did, and then we go and see family in Wyoming for like a week. After that, we fly back to Nashville.

“But this year, we decided to skip the Wyoming trip, just because we’ve been travelling a ton throughout the whole of 2022. We really needed some weeks off, so we flew straight back to Nashville after NFR, and now we’re just going to be hanging out for about three weeks at home - which I’m excited about, man! A much needed break”. 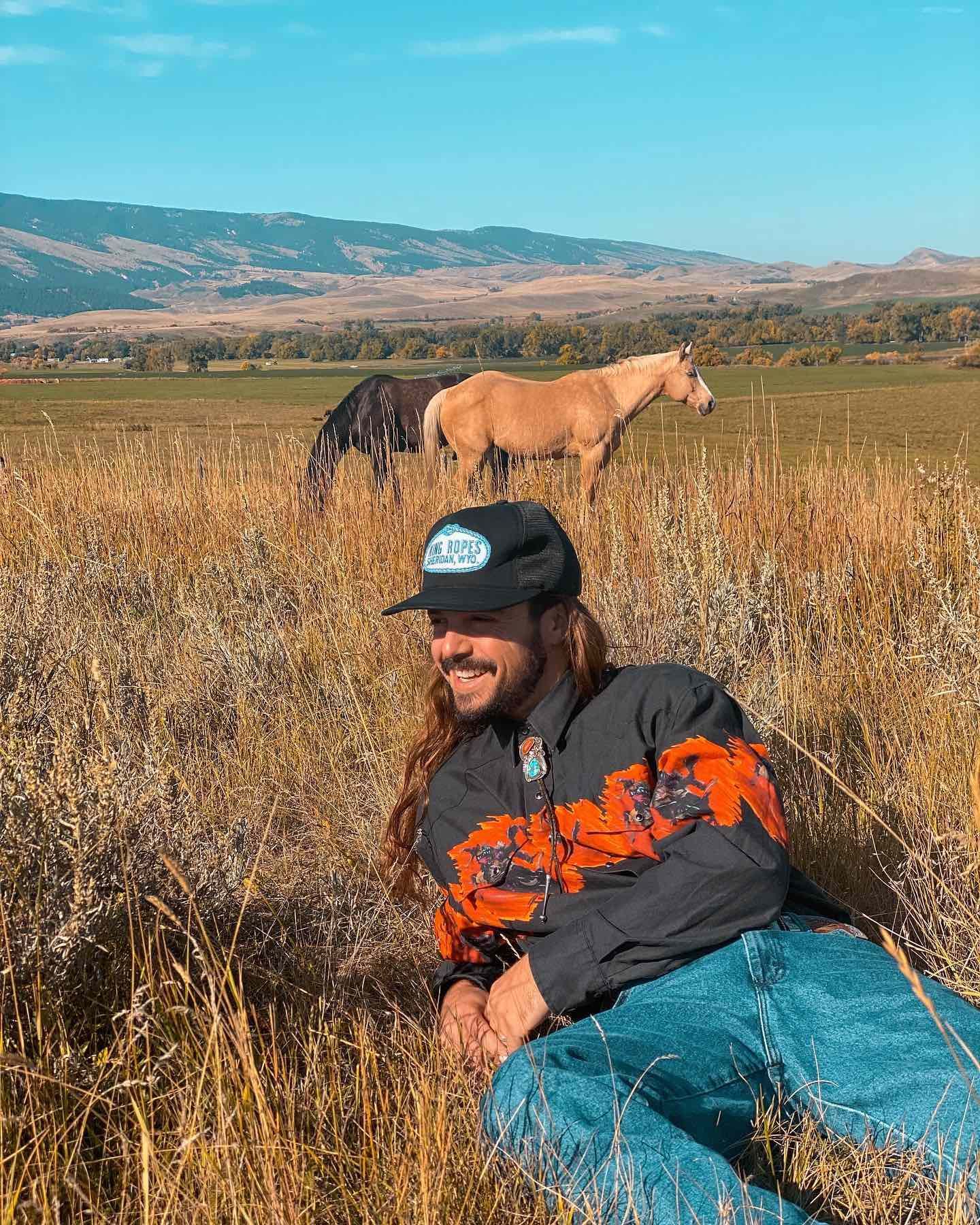 For an artist whose music so often celebrates the peace of finding ‘home’ and returning to a more natural state of being, it seems that these moments are particularly fleeting. But perhaps it's in his yearning to experience the sprawling landscapes and dramatic horizons of Wyoming that aligns him more closely with the listener.

He underlines this sense of two-way escapism, “Every time I’m in Wyoming, I don’t want to write about it. I want to experience it so that when I’m out I can draw from those experiences and write about them when they’re not right in front of me. I think if I still lived in Wyoming, I wouldn’t feel so heavily like I needed to write about it, because I’m already there. That’s how I’ve always viewed it”.

Along with natural imagery, faith is a recurring theme for Ian - and his selection of his favourite Christmas songs highlight this, with ‘Angels We Have Heard On High’, ‘We Three Kings’ and ‘Hark the Herald Angels Sing’ all making the cut. His August single, ‘More Than Me’, is a charming recollection of the marriage of one of Ian’s best friends, a tale that pivots around the faith that they share. Is this spirituality an aspect of Ian’s music that fans can expect to hear more of in 2023?

He answers without any hesitation, “Yeah, I think a lot of my music is spiritual. There’s something special about the way that you become spiritually connected to the landscape of the West, and that’s something that’s been haunting me for 29 years. I’ve lived in Nashville for 10 years now, and every day I ask myself why I don’t still live there. That’s really what motivates me creatively - where I come from, the people that live there and the cultures that originate from that. I want to share that with the rest of the country music world”.

Ian continues to see his comparatively ‘new’ home of Nashville through the lens of his Wyoming upbringing, and his Christmas song choices reflect the value that he gives to tradition and his roots. For many of us, Christmas is a time to reconnect with family and regain a sense of grounding. It’s a feeling that Ian captures throughout his music, and one that is undoubtedly encapsulated by his selection of five traditional-leaning Christmas classics to soundtrack your holidays:

A Guide To: Christmas with Lola Kirke