If you’ve ever seen Johnny Cash pointing out trees in the Virginia hills, or doing pig impressions in the film Shakespeare Was A Big George Jones Fan, then you’ll know that it wasn’t all brooding covers and doom and gloom for the Man In Black. Quite often he was hilarious too, and throughout his career he recorded an array of light-hearted numbers and novelty songs.

Ahead of what would've been his 89th birthday next week (2/26), here are 10 of his silliest and funniest hits to lift your spirits when the world starts getting you down. 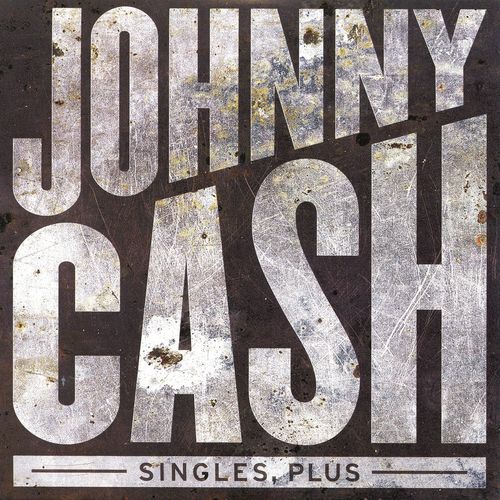 The Chicken In Black

It’s almost unfathomable to imagine that the same artist responsible for giving the world songs like ‘Hurt’ or ‘The Ballad Of Ira Hayes’ could also have recorded ‘The Chicken In Black’, but responsible Johnny Cash was. Something weird was going on in country music in 1984.

‘The Chicken In Black’ recounts a presumably fictional story about Johnny Cash going to see a doctor, complaining of recurring headaches, only to have the doctor tell him that his body has “outlived his brain”, arranging for him to have a brain transplant. Unfortunately, he gets given the brain of a bank robber called the Manhattan Flash, and starts holding up banks and robs everyone during a performance at the Grand Ole Opry. When Cash gets back in touch with the doctor, he tells him he can’t have his old brain back because he’s given it to a chicken who has since signed a record deal and gone out on tour singing Johnny Cash songs.

It all turned out to be a goofball front for Cash to take pot shots at his label at the time, which dropped him two years later. “I was burlesquing myself and forcing CBS to go along with it,” he wrote in his autobiography, calling the song “intentionally atrocious”. Not at all the kind of animal we imagined Cash was singing about in the ‘The Beast In Me’. 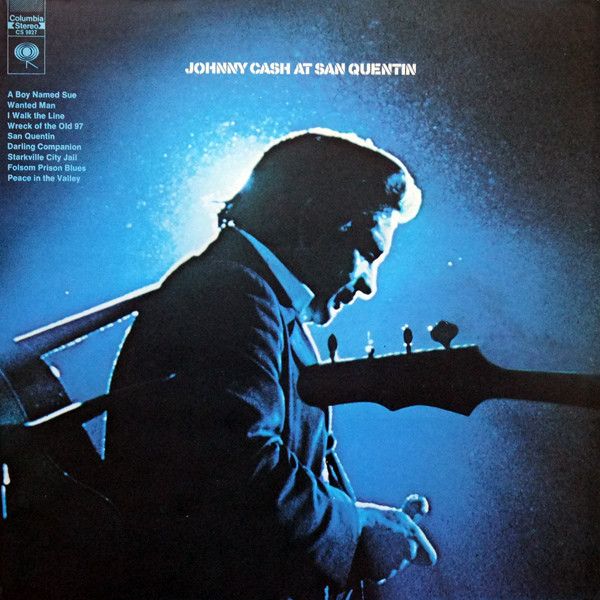 Unlike ‘The Chicken In Black’, this one was definitely based on a true story. As the story goes, in the early morning of May 11th 1965, Johnny Cash was arrested in Starkville, Mississippi, following a show the night before. He was charged with public drunkenness after being caught in a local resident's garden picking flowers. “I was walking down the street and going to get me some cigarettes or something, about two in the morning, after a show”, he tells the crowd on Johnny Cash At San Quentin. “I reached down and picked a dandelion here and a daisy there as I went along”. A passing police patrol car saw him, and he was arrested and spent the night in jail. Myth has it that Cash shared his cell that night with a 15-year-old boy called Smokey Evans, who kicked the wall so hard throughout the night that he broke his toe. Before he was let out in the morning, Cash took off his shoes and gave them to the boy, saying, "Here’s a souvenir. I’m Johnny Cash." 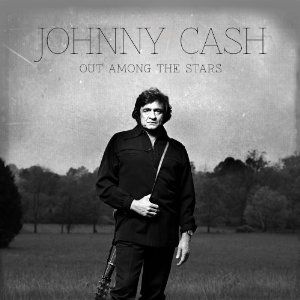 Johnny Cash - Out Among The Stars

If I Told You Who It Was

"When I first heard 'If I Told You Who It Was,' I laughed out loud,” John Carter Cash said when he unearthed the recording in 2012. “What fun, what energy, what spirit". It was one of a whole album’s worth of songs recorded between 1981 and 1984 that were only finally released in 2014 as the Out Among The Stars album. Its unlikely scenario finds Johnny Cash hanging around the backstage door at the Opry after he is refused entry, when his “favourite female country star” comes out, only for her to discover that her car has a flat tire. He ends up fixing her tire for her, and she gives him a lift to his motel and comes up to his room to “mess around”. The identity of the celebrity - yet to be revealed up until this point in the song – is one of country music’s most hilarious shock reveals. 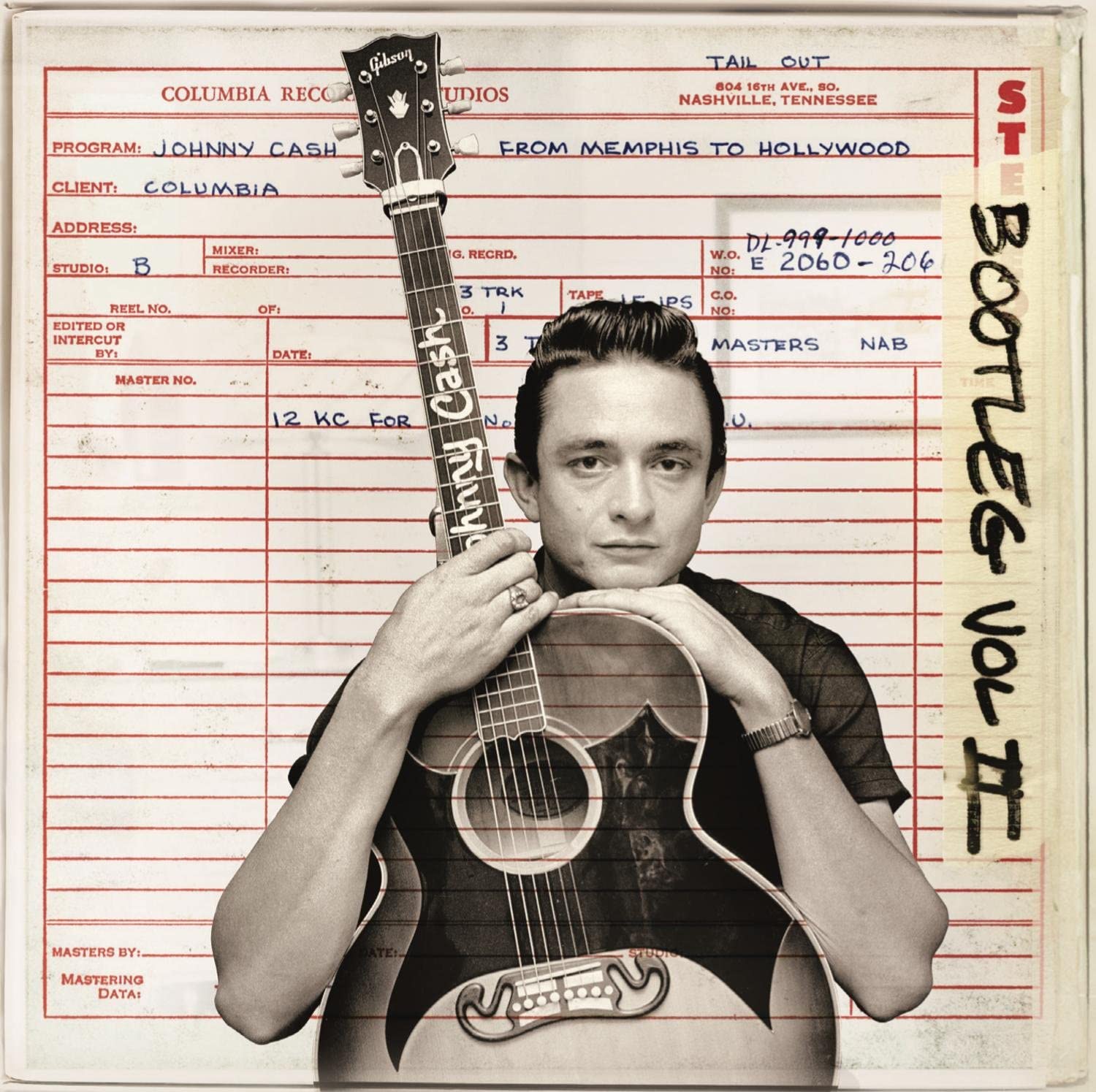 Recorded sometime in January 1966 - around the same time as Everybody Loves A Nut, Johnny Cash’s album of novelty songs - ‘Foolish Questions’ is Cash at his drily sarcastic and eye-rolling best as he recounts all the stupid questions he gets asked every day. He ends the song by falling 40 floors down an elevator shaft and lying half dead at the bottom, only to be asked by the first person that comes along if he’s hurt. Lol. 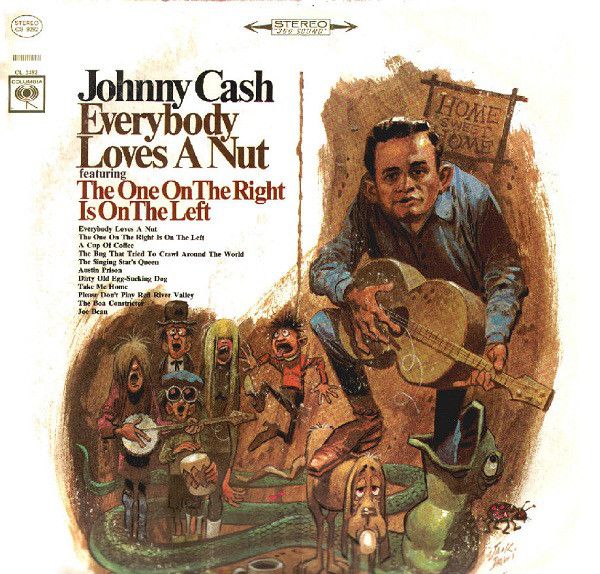 The One On The Right Is On The Left

One of four songs written by “Cowboy” Jack Clement for Everybody Loves A Nut, ‘The One On The Right Is On The Left’ pokes fun at the supposed dangers of mixing politics with traditional roots music. It tells the story of a talented “pickin' singin' folk group” travelling all over America, whose political differences lead to in-fighting and the group eventually breaking up.

The song itself functions as a complex semantic puzzle which can be interpreted in at least two different ways. It’s all very confusing. Unpacking this song is a thematical and political minefield, so we’re not even going to try. It’s an absolute banger though.

Another song from Everybody Loves A Nut, this time Johnny Cash is waiting for his country rival Waylon Jennings to leave town and go out on tour so he can get together with his girlfriend behind his back, smoke his imported cigars, wear his boots and get driven around town by his chauffeur. He even urges Waylon’s fans to keep on buying his records and tickets to his shows so that he has to stay out on tour. In a brain-meltingly meta moment, Waylon and Johnny even performed the song together on the Johnny Cash Show in 1970 alongside Waylon’s wife Jessi Colter!

In which Johnny Cash implausibly drops in drunk on Ramblin’ Jack Elliot to have a cup of “coffee”, before he finishes the last 300 miles of the grain drive he’s on in his truck. Cash dips in and out of comprehensibility, slurring and drunkenly mumbling about Jack Elliot’s wife Flo - who appears to be asleep in the next room – insisting that Jack mustn’t give him any whiskey, wine or any other alcohol, and that he only came by to have a cup of coffee. It’s never entirely clear what Jack Elliot is pouring into Johnny’s glass - it’s almost definitely not coffee – but he does somehow manage to placate his unruly drunken house guest by yodelling though. 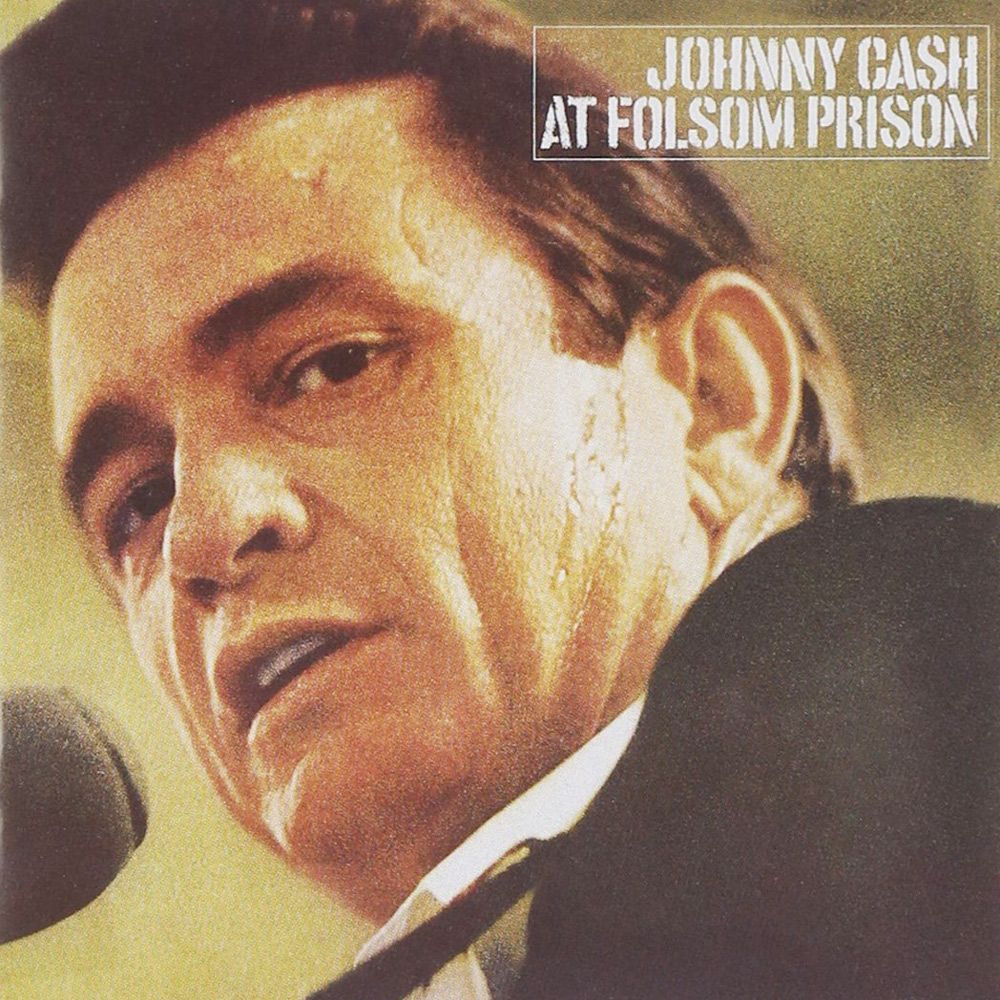 Flushed From The Bathroom Of Your Heart

Another Jack Clement classic, ‘Flushed From The Bathroom Of Your Heart’ first appeared on At Folsom Prison alongside ‘Dirty Old Egg-Suckin’ Dog’, where they were introduced by Johnny Cash as being a “couple of love songs”. It details all the many different ways that our hero has been ejected from his lover’s life, variously likening it to being washed down the sink, ground up by the garbage disposal and eventually flushed from the bathroom of his lover’s heart. 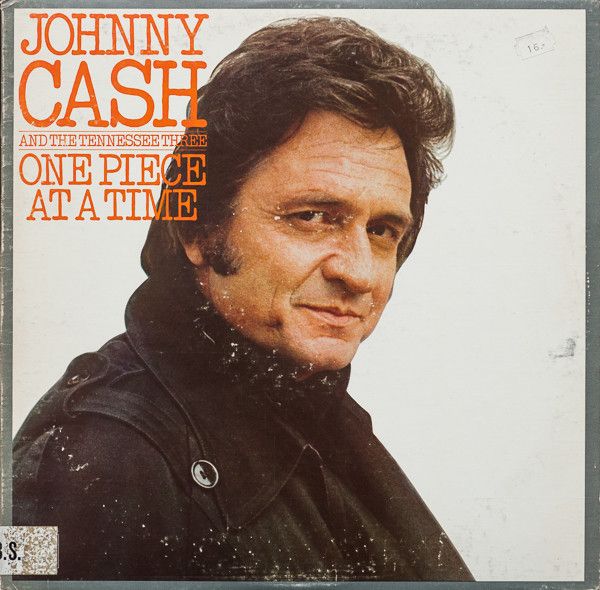 Johnny Cash - One Piece At A Time

One Piece At A Time

‘One Piece At A Time’ has become one of Johnny Cash’s most well-loved anti-authority songs; a smirking satire on the downsides of the division of labour, drawing heavily - if perhaps subconsciously - from Marxist theories of alienation. The story revolves around him leaving his home in Kentucky to begin work at the General Motors car plant in Michigan, fitting wheels onto Cadillacs, all the time knowing he will never be able to afford one of his own. He devises a plan with a co-worker to “steal” a whole car by taking home bits of a Cadillac one part at a time. He consoles himself with the idea that it isn’t really theft, because “GM wouldn't miss just one little piece, especially if I strung it out over several years”. The smaller parts he smuggles out in his lunch box, the larger parts in his co-worker’s mobile home. After doing this for 25 years, they finally have all the parts needed for a complete Cadillac, but unfortunately, because it’s taken them so long, all the parts are from different years models. “The transmission was a '53 and the motor turned out to be a '73”. Despite that, they get the car working and drive it proudly through town to get it registered at the courthouse.

The most famous of all of Johnny Cash’s “novelty” songs was first performed at San Quentin prison in 1969 and became an unlikely international hit after it was included on the subsequent Johnny Cash At San Quentin album. Written by Shel Silverstein, Cash had originally been introduced to the song at a guitar pull, but only got hold of the lyrics shortly before performing it at San Quentin. (In the film of the concert he keeps checking back at the lyrics on a piece of paper, while his band apparently had to improvise the instrumentation on the spot). The song recounts the story of a young man named “Sue” who sets out to get revenge on his absent father for leaving and for giving him what he regards as a girl’s name. Silverstein was inspired to write it after talking to the American humourist Jean Shepherd, who told him he was often teased when he was younger for having a feminine sounding name. Silverstein took that nugget and spun it into solid country comedy gold, giving Johnny Cash a Top 2 hit at the time and an unanticipated trans anthem fifty years later.

Listen to our Top Ten: Funniest Johnny Cash Songs below from your favourite streaming service.