C2C Festival has announced the main stage acts for the forthcoming 2023 event, with Thomas Rhett, Lady A and Zac Brown Band confirmed as lead headliners across the weekend.

Breland will open C2C on the Friday night and will co-host the festival across the weekend with the legendary Bob Harris OBE who said: “I am proud to have been the main stage compere at Country to Country in London since the inaugural event in 2013. Even better, I’ll be joined in the spotlight by my friend Breland, whose career has literally gone stratospheric since the release of his first music only three years ago.” 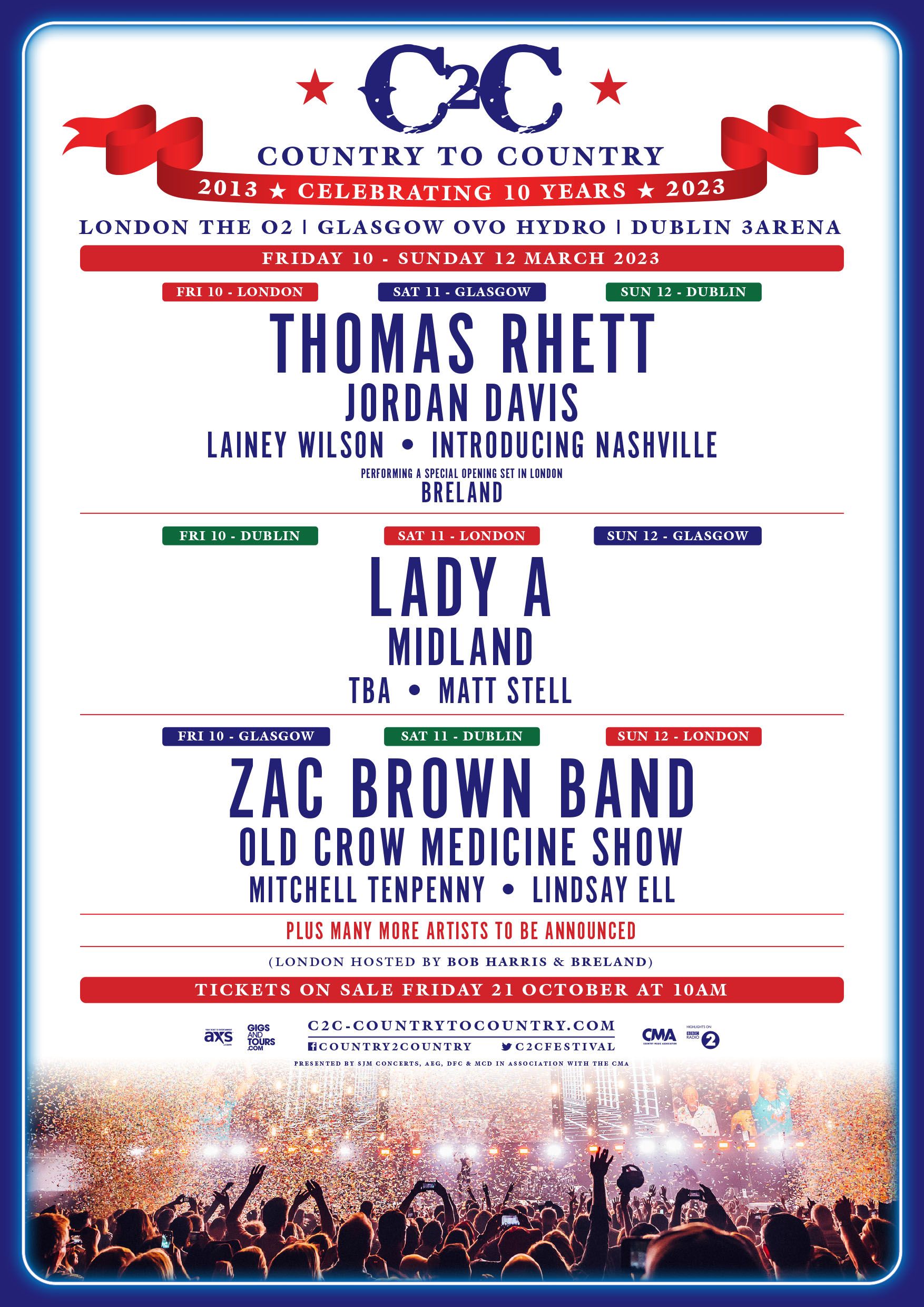 C2C is Europe's biggest country music festival, which takes place each March in London, Glasgow and Dublin, with three days of the best in country music and programming. Performances come from the world’s best country stars as well as emerging talent from Nashville, UK and Europe.

Marking the festival's ninth instalment, it will follow an incredible return in 2022 from a two-year pandemic-inflected hiatus, which featured headliners Miranda Lambert, Luke Combs and Darius Rucker.

More acts are set to be announced in the following months. General release tickets for 2023 can be purchased from www.gigsandtours.com, www.AXS.com and www.ticketmaster.co.uk on Friday 21st October at 10am.

For more information and coverage on C2C Festival 2023 see below: