The War & Treaty, Sierra Ferrell and Junior Brown are among the final round of artists announced at a press conference today for the 21st Annual Bristol Rhythm & Roots Reunion music festival, which takes place from the 9th - 11th of September in Historic Downtown Bristol, Virginia-Tennessee.

More than 120 acts are scheduled to perform on 16 stages over the course of the three-day event where Tennessee and Virginia meet along several blocks of State Street in Historic Downtown Bristol. 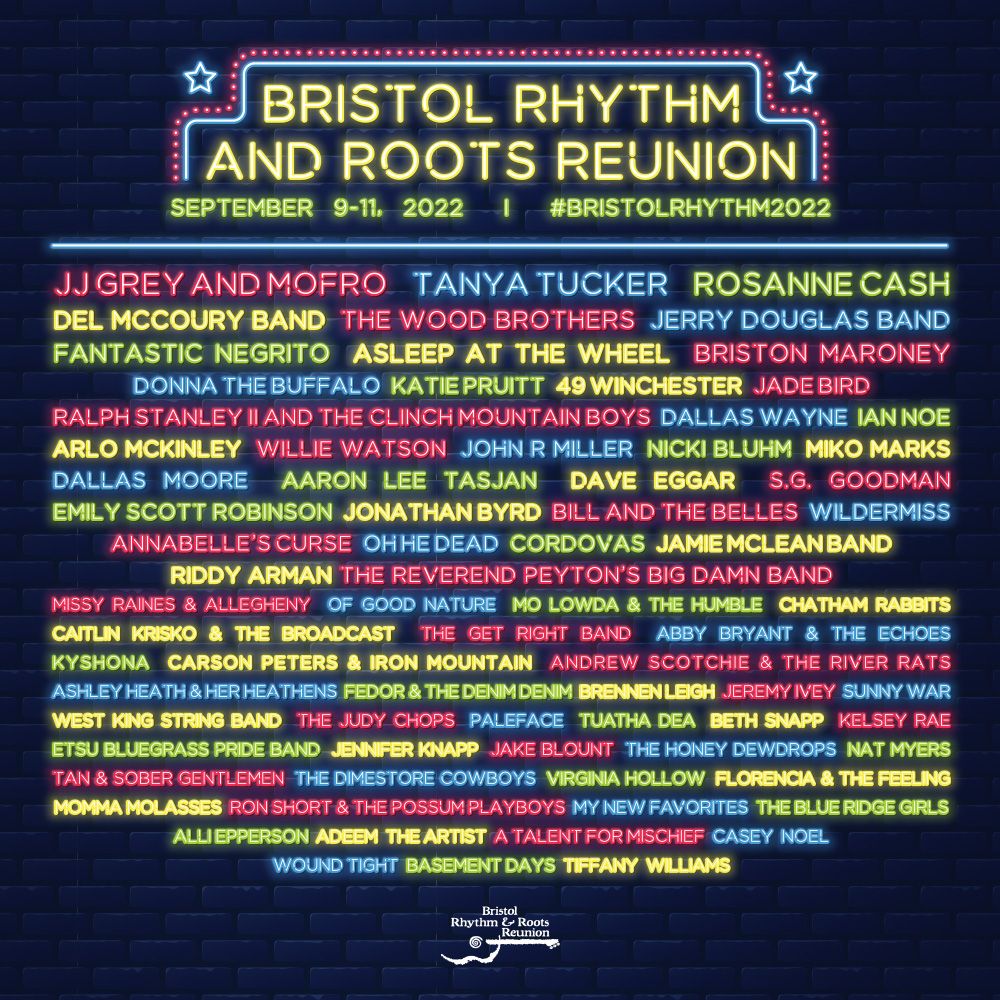 Bristol is designated by U.S. Congress as the birthplace of country music and considered hollowed ground by artists all over the world.

Tickets for the festival are available to purchase here.