“I spent 15 minutes writing it and a lifetime defending it”, Tammy Wynette once famously quipped about ‘Stand By Your Man’, the country song that became an international crossover hit in 1968 at the height of the women’s liberation movement. It might have sat uncomfortably alongside second-wave feminism at the time, with its reactionary and politically conservative tone, but country music has always been unapologetically feminist. Even if the singers themselves don’t always come out and label themselves as being so, themes of empowerment, equality and respect for women have always been staples in country songs. For a song to be feminist, it doesn’t always have to read like a chapter from Susan Faludi’s Backlash: The Undeclared War Against Women. It can simply be a song that rings true with women - that’s authentic to their feelings, experiences and struggles - and nothing does that quite like country music.

Here are 10 of the best feminist country songs to sing along to while while celebrating these empowering women. 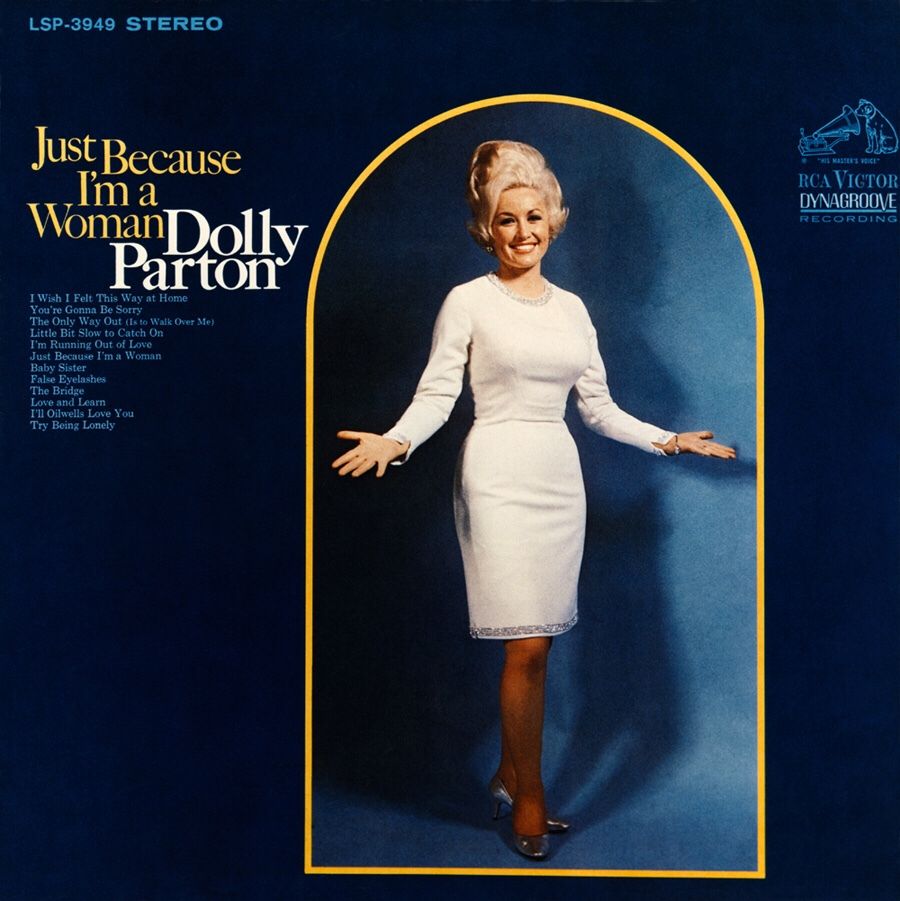 Released in the same year as ‘Stand By Your Man’, Dolly Parton’s anti-slut shaming anthem ‘Just Because I’m A Woman’ immediately felt a lot more aligned with the politics of the women’s liberation movement of the time. It’s based on the story of a real-life dispute that Dolly had with her husband Carl. As Dolly tells it, “When I first married, Carl and I were very happy. Then eight months in he suddenly asked me whether I’d been with anyone else before we got together. I told him I had, and he was so upset, he had a hard time getting over it. That’s why I wrote it”. In the song, Dolly admonishes him for passing judgment on her previous sexual encounters, even though he is guilty of the same behaviour, telling him “my mistakes are no worse than yours, just because I’m a woman”. It became the first of many songs that Dolly would go on to write that championed women’s rights and gender equality, with her trademark ‘well-whaddya-know’ straightforwardness.

“Women are not going to put up with shit anymore, and it’s amazing”, Margo Price told Marissa Moss in a Rolling Stone interview in 2018. “I don’t know when actual equality will come, or if we need to burn more bras, but I’m happy to see some things coming to light, even if they’re kind of painful”. With songs like ‘This Town Gets Around’ and ‘Wild Women’, Margo Price has become the reigning queen of left-leaning country, an out-and-out feminist and no-fucks-giving, tough-as-nails country traditionalist (and the natural heiress to Loretta Lynn’s crown). She wrote ‘Pay Gap’ - a lilting honky-tonk waltz that calls out gender wage inequality - after she discovered she’d been paid less to play a show than a male singer of a similar standing at a festival. “We're all the same in the eyes of God, but in the eyes of rich white men, I’m no more than a maid to be owned like a dog and a second-class citizen”. 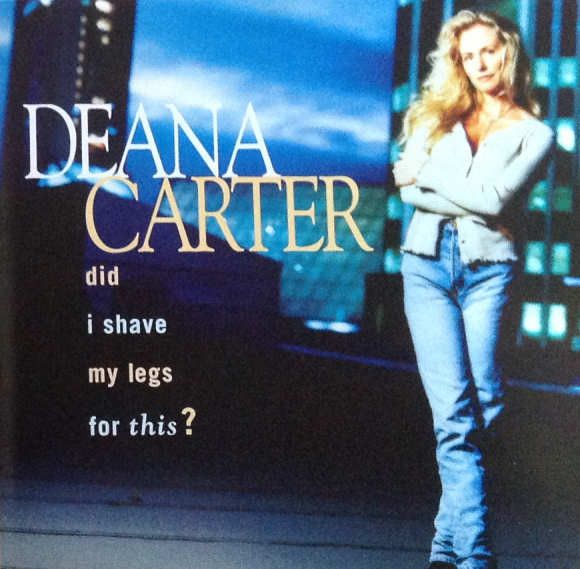 Deana Carter - Did I Shave My Legs For This?

The title track from Deana Carter’s five-time multi-platinum selling debut album from 1995, found her unpacking The Beauty Myth with righteous indignation, and feeling betrayed by the beauty industry and its relentless and insidious ideals of beauty that it uses to undermine women. After returning home from a hard day’s work, only to find the patriarchy camped out on the sofa demanding a beer and asking where its dinner is, Deana begins to question everything she does to adhere to the “feminine ideal” – getting her hair and her nails done, buying a new dress and high heels – and wondering why she still has to do the majority of the housework even though she has a full time job outside of the home. In the end she snaps and walks out of the house, hopefully to go on a destructive rampage across the city; like a Cosmo girl starring in a militant feminist version of Falling Down. 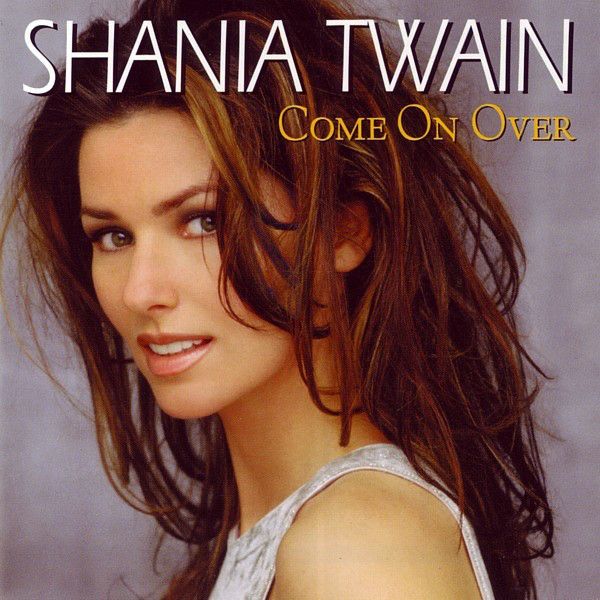 Shania Twain - If You Wanna Touch Her, Ask

90s anthems of female empowerment like ‘Man! I Feel Like A Woman’ and ‘That Don’t Impress Me Much’ might be Shania Twain’s go-to floor-fillers, but it’s the feminist schooling of this sultry deep cut from Come On Over that really puts the cat among the women-hating pigeons. Almost disarmingly cutesy, Shania delivers it like it’s a dating tip or a friendly bit of word-in-your-ear advice, but it’s ultimately just calling bullshit on anyone who ever suggested that women are “asking for it” whenever they’re the victims of rape or sexual abuse. 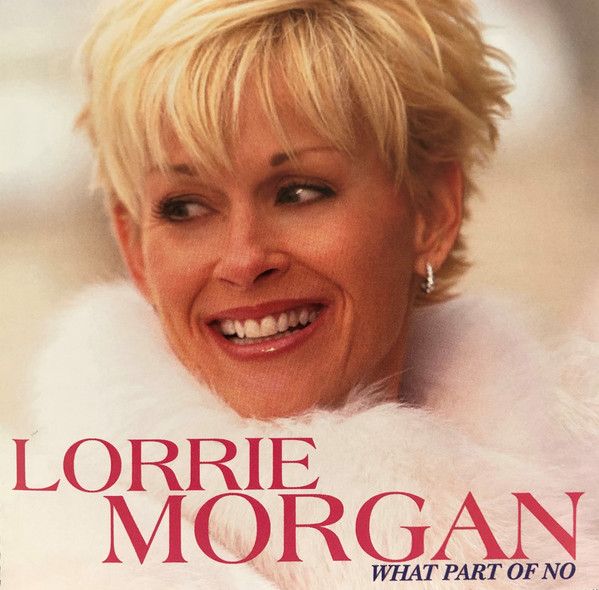 Lorrie Morgan - What Part Of No

A step on perhaps from Shania’s ‘If You Wanna Touch Her, Ask’, at least the man in Lorrie Morgan’s early 90s anti-sexual harassment country anthem has actually asked, unfortunately it’s then completely undermined by him not actually listening to her answer. Lorrie has to repeatedly turn down his persistent attempts to get her attention - sending her a rose, then buying her a drink and asking her to dance - as she patiently explains to him what she means by the word “no”. Guys, you really shouldn’t need a song to explain this sort of thing.

In 2015, a country music shit storm blew up when radio station consultant Keith Hill advised that “if you want to make ratings in country music, take the females out”. Explaining that female artists were “just not the lettuce in our salad. The lettuce”, he argued “is Luke Bryan and Blake Shelton, Keith Urban. The tomatoes of our salad are the females.” It was inevitably labeled ‘Saladgate’, and it shone a long overdue light on the prejudicial treatment of women in country music. It not only inspired Margo Price’s iconic “You say tomato, I say f**k you” T-shirt, but also this fourth-wave feminist country pop banger from Kalie Shorr. ‘Fight Like A Girl’ reclaims the phrase popularly used to belittle and emasculate men and re-empowers it into a clarion call for a new wave of women warriors. “I got my high heels on with my boxing gloves / I can knock you out with a one-two punch / I’m perfume sweet and whiskey strong / I damn sure ain’t no underdog”, she sings in the David-meets-Goliath anthem of female empowerment. Tomatoes indeed. 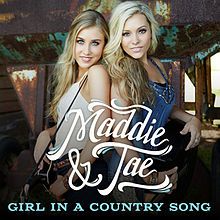 Maddie and Tae - Girl In A Country Song

At the height of bro-country, Maddie And Tae fired a shot across the bow of the backwards baseball cap-wearing, beery chauvinism of the subgenre and its glorification of machismo, with ‘Girl In A Country Song’. “We used to get a little respect, now we're lucky if we even get to climb up in your truck, keep our mouths shut and ride along and be the girl in a country song”, the duo sang in their table turning bro-country bashing anthem; a response to the contrasting way that women in country music were singing about themselves and the way they were being depicted in the songs being sung by men. It was a timely shot in the arm for mainstream country at the time, and depressingly remains just as relevant nearly a decade later. 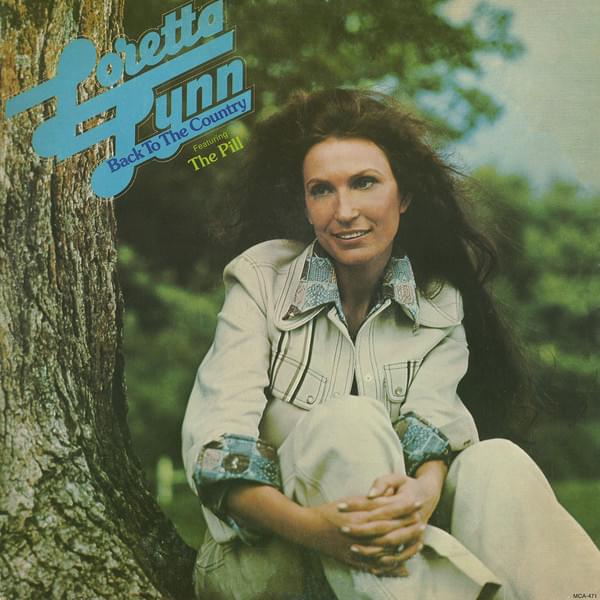 Despite never being comfortable with self-identifying as a feminist, no one in the 60s took the battle of the sexes more seriously than Loretta Lynn. With songs like ‘One’s On The Way’ and ‘Rated X’, she was the revolutionary anti-poet of country music, who had 14 of her songs banned at one time or another because of their controversial lyrics. ‘The Pill’, a light-hearted paean to birth control, was released in 1975, but the song's upfront handling of what was still considered inappropriate subject matter at the time – particularly in country music - led to a lot of country radio stations refusing to play it. Years later, Loretta told Playgirl magazine that she’d often been congratulated by rural physicians after the song's success, who’d told her that ‘The Pill’ had done more to highlight the availability of birth control in isolated, rural areas, than all the official promotional literature they'd handed out. 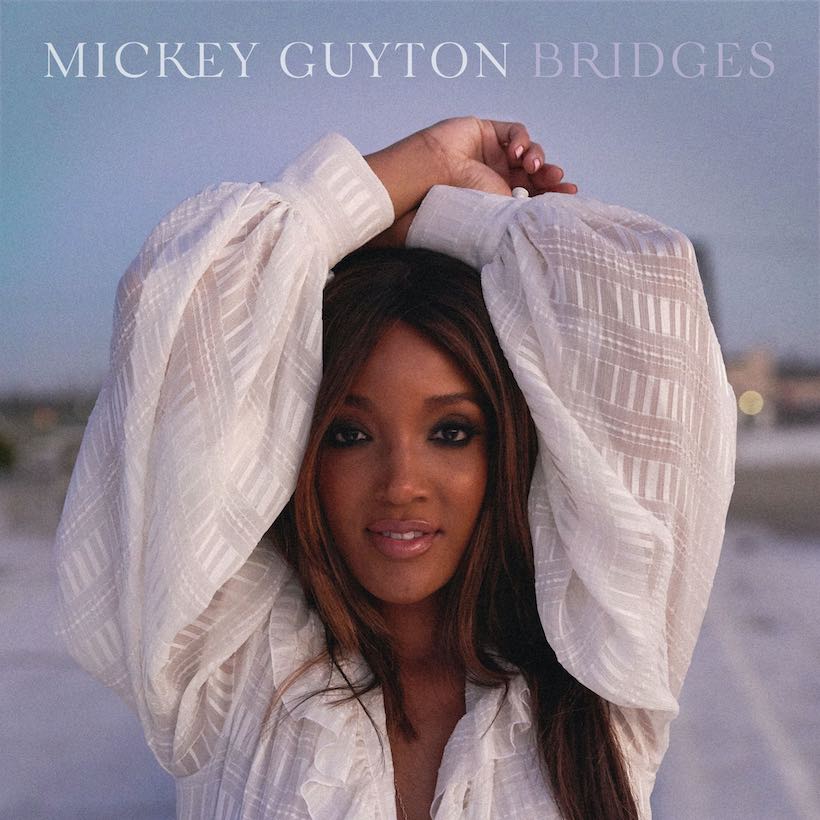 Mickey Guyton - What Are You Gonna Tell Her?

At the ACM Awards in September of last year, Micky Guyton stood on the Ryman stage in front of a television audience of nearly 7 million and delivered a show-stealing performance of her single ‘What Are You Gonna Tell Her?”, accompanied by the show’s host Keith Urban. Equally as hopeful as it is fearful, the song is a hand-me-down life map from a mother to a daughter which prepares her for the realities on the road ahead, and the depressing variety of ways a girl can be disappointed by a world where the odds are stacked against her. “She thinks life is fair and God hears every prayer… and that her friend's older brother's gonna keep his hands to himself, and that somebody's gonna believe her when she tells”, she sings, in a flooring performance made even more powerful by Guyton being six months pregnant at the time, as well as the first ever black female artist to give a solo performance and sing one of her own songs at an ACM Awards show. 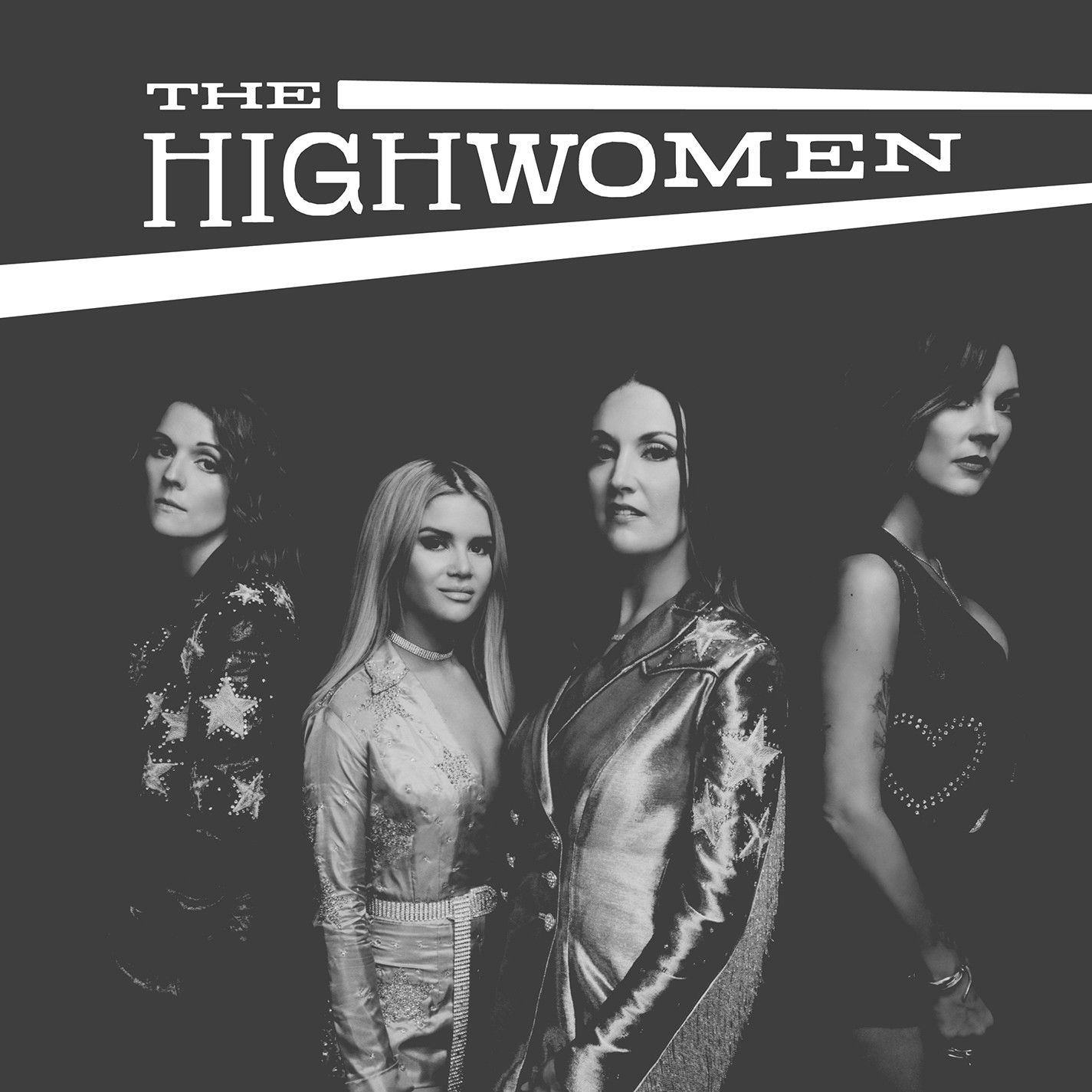 Maren Morris called her second album GIRL in direct response to the lack of women in the country mainstream. "I was looking at the country radio chart in the US and, for the first time in 20 years, there were no women in the top 30," she explained. "Then I took a closer look at all the dudes and the titles of their songs, and the word 'girl' was used in more songs than there were actual girls on the chart”.

Driven by the lack of women on country music radio and on country music festival bills, as well as the #MeToo movement, Maren Morris joined forces with Natalie Hemby, Amanda Shires and Brandi Carlile to form The Highwomen. With a re-gendered rewrite of ‘The Highwaymen’ as their theme song, they reconnected the dots between post-war trailblazers like Kitty Wells and Patsy Cline through to the stars of the late 60s and 70s, and the present-day queens of country. “Redesigning women, running the world while we're cleaning up the kitchen”, they sang. “Making bank, shaking hands, driving 80 / trying to get home just to feed the baby”. 40 years on from the women’s liberation movement, where women in country are still singing about domesticity and the workplace, shifting gender roles and the double standards that they are subjected to - this time around it’s charged with a spirit of independence and righteousness, fuelled by fourth-wave feminist politics. The Highwomen made their debut at the Newport Folk Festival, joined onstage by Dolly Parton and a who’s who of women in country and Americana, including Courtney Marie Andrews, Sheryl Crow, Jade Bird, Lucy Dacus and Yola Carter. So, they’re basically like the Avengers of country music, rewritten with an all-female cast and a multiverse of possibilities opening up before them.

I, for one, cannot wait for the next wave.

Follow our playlist of the Top 10 Feminist Country Anthems below.